THE plight of Freddie Mercury the seal – who had to be put down after a dog attack near the Thames in London – has upset the nation.

But out of sight beneath the waves, a bigger tragedy is hitting Britain’s seal population. 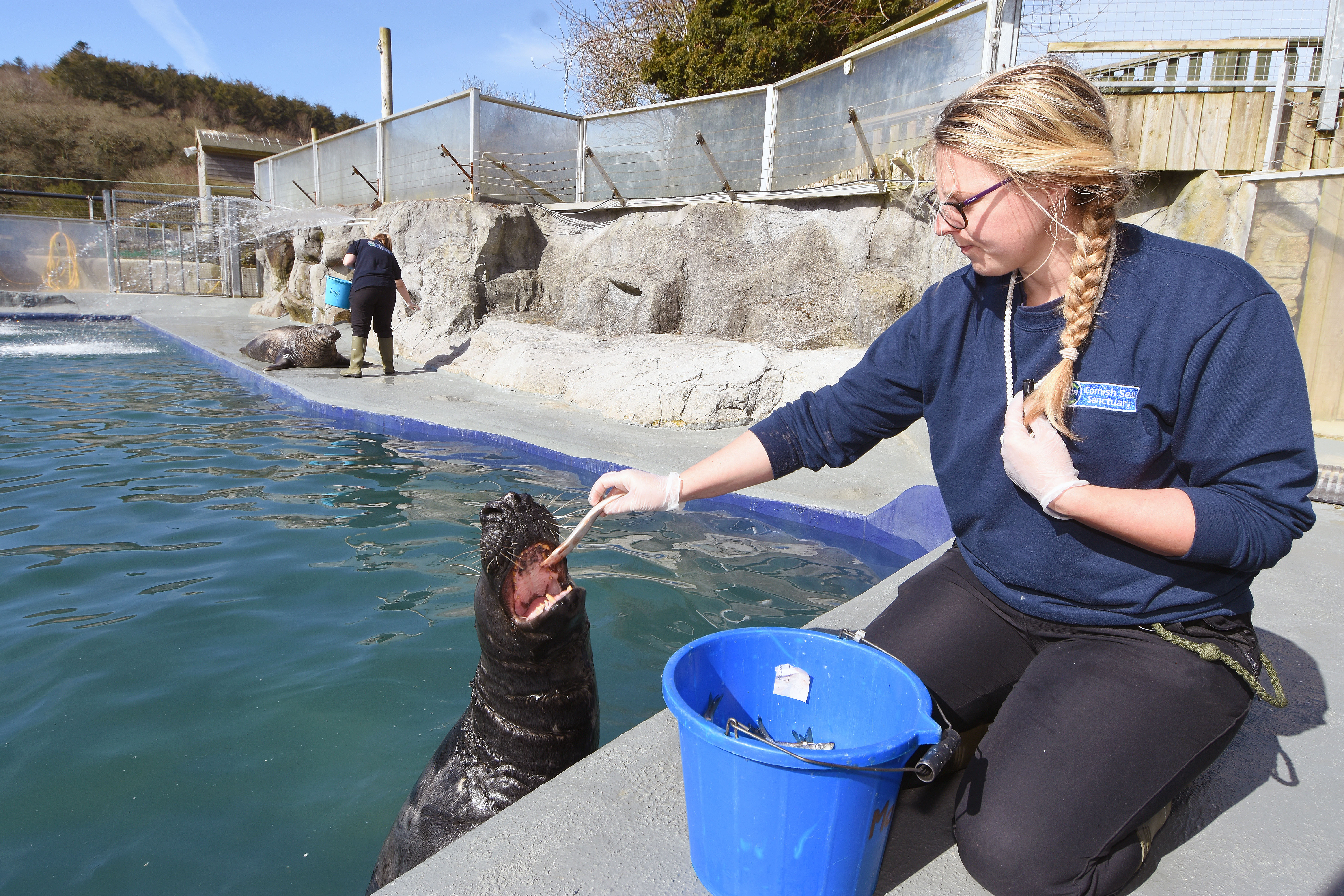 Every year hundreds of these playful creatures are maimed or killed by plastic we have thrown away.

On Monday a seal named Joy Division, after the 1970s band, almost choked to death after getting a frisbee stuck round his neck.

Luckily rescuers were able to cut off the plastic ring, which had left red gouges in the animal’s throat.

Another seal pup, Brian May, was pulled from the sea, emaciated after weeks of being unable to eat. Vets discovered his digestive system was clogged with pieces of plastic washed into the sea from a beach.

The Sun is campaigning for a deposit scheme to cut the number of plastic bottles ending up in the sea. And thanks to us, a brilliant new initiative is being launched by SEA LIFE aquariums calling for everyone to take their bottles and plastic waste home instead of dumping them.

The Don’t Make Easter Rubbish plea was launched after The Sun showed photos of Britain’s beaches littered with plastic waste after a sunny weekend last summer. 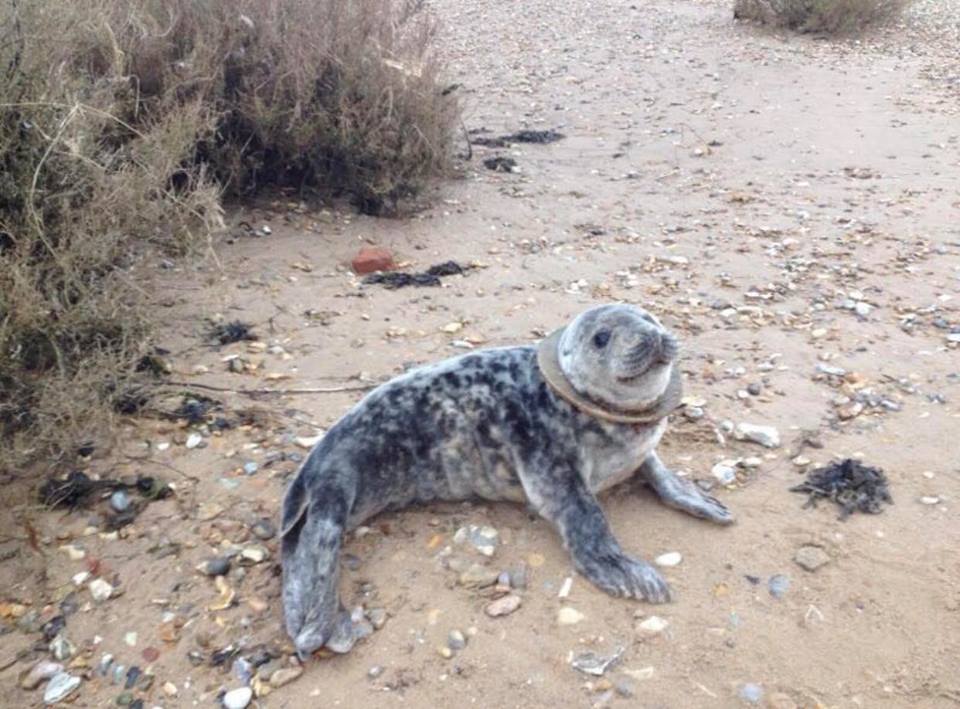 Joy Division was found on a beach choked by the frisbee

Support our battle of the bottles

TODAY The Sun launches Show Some Bottle – our campaign to urge ministers to bring forward plans for a plastic deposit return scheme to help clean up the planet and slash our emissions.

Less than half of our plastic packaging such as bottles is recycled, and as Britain steps up to host the international COP26 climate summit this November, we are calling on the Government to get on with its plans to help us recycle more.

Ministers said they were minded to introduce a deposit scheme years ago, but have dragged their feet. But 45 other countries and states already have these schemes and have seen their recycling rates go through the roof in response.

Brits get through 14billion plastic drinks bottles, nine billion cans and five billion bottles every year, many of which get used only once.
It can end up in landfill, as litter in our parks, and even destroy our precious wildlife too. Each new bottle takes energy to produce, adding to the emissions which are warming our planet.

In Britain, 70 per cent of waste is now recycled – a great achievement. But we can do much more.

We know all Sun readers are keen recyclers but up to half of plastic packaging waste still isn’t recycled – and we know we can do better.

Two in three of you said you would change your behaviour if it helped to save money as well.

With a 20p incentive, this scheme could make a big difference for people on low incomes to get extra cash back, and help to go greener too. A nationwide deposit return scheme, with reverse vending machines in shops, supermarkets and schools, would make recycling even more normal.

WHY NOW? As Britain hosts COP26, the world will be watching us. A further Government consultation on the idea is coming this spring, and Scotland plans for a scheme next year.

The Environment Bill is coming back to Parliament later this year, which would be a great opportunity to include it.

CASH INCENTIVE: A deposit return scheme would do much to persuade people to recycle more. With 20p on the cost of a can of Coke – which you would get back after recycling it – it could be the difference between someone chucking it away and recycling it properly.

Those that get chucked away go to landfill, and sturdy plastic bottles can take 450 YEARS to break down. But the recycled ones can go back into the system several times over.

SLASH LITTER: In 2020, Keep Britain Tidy reported that 75 per cent of the volume of litter on our streets was made up of drinks containers.

CREATE JOBS: Such a scheme could generate 3,000 to 4,000 jobs, right at the moment when hundreds of thousands of Brits are out of work because of Covid.

And placing them in shops will encourage more people back to the shops after lockdown.

WHY THE SUN? Of our readers who responded, 60 per cent said they would change their behaviour to have less environmental impact if it also saved them money, 97 per cent already recycle, and 78 per cent feel well informed by the local council about recycling.

But half say it could be better, with 19 per cent saying they don’t feel guidelines are adequate.

Those mountains of rubbish, including one-use Covid masks, were washed into the sea where they risked harming wildlife, including the estimated 120,000 seals living around our coast.

We were invited to one of Britain’s leading seal sanctuaries to witness the terrible toll that plastic bottles and rubbish are taking on these endearing creatures.

Grace Jones was just starting her first shift of the week as senior care assistant at the Cornish Seal Sanctuary in the pretty holiday village of Gweek, near Helston.

But she had spent the weekend hunting for a seal that had been spotted in distress with a green plastic ring around its neck.

Grace, 31, and a team of rescuers abseiled down a 190ft cliff to reach the three-year-old seal lying on a remote beach, struggling to breathe.

She says: “We recognised him instantly as Joy Division. He had already been rescued as a pup in 2018 after being found struggling to survive.

“Joy Division had been released back into the wild in July 2019 and now his life was in danger again because of plastic litter.

“No one means to cause harm to the marine life around our shores but that frisbee could have killed a seal we’d already rehabilitated once.”

She adds: “His heart was pounding when we restrained him while the frisbee, which was already pressing into his wind pipe, was cut off.

“We also gave him antibiotic injections. As soon as the frisbee was cut off, his heart rate slowed, like he was relieved he was free.

“We were fortunate he didn’t need to be brought back to the sanctuary.

“If he had, we’d have been looking at spending thousands of pounds to get him back into the wild again, all because of a beach toy that costs a couple of pounds. 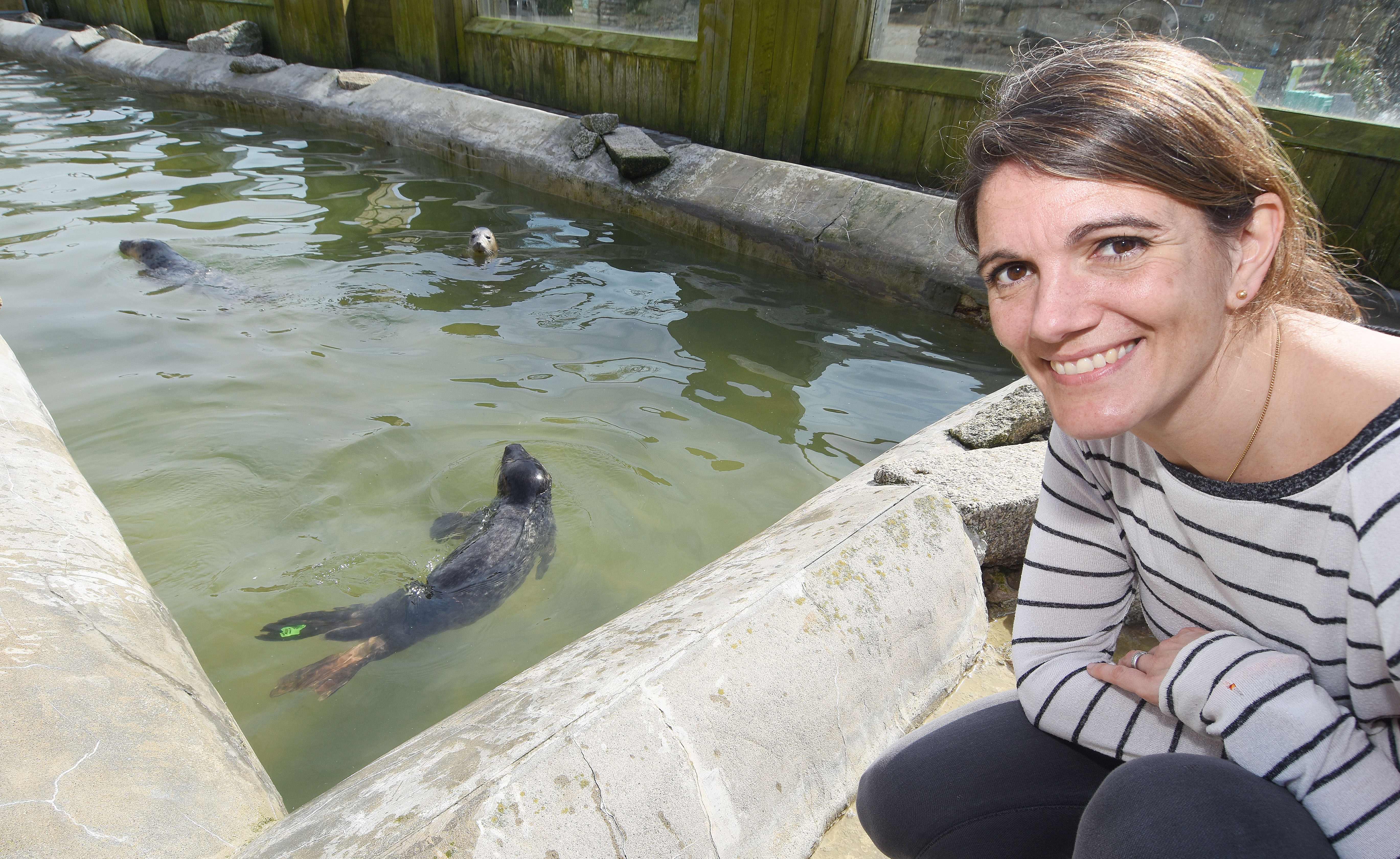 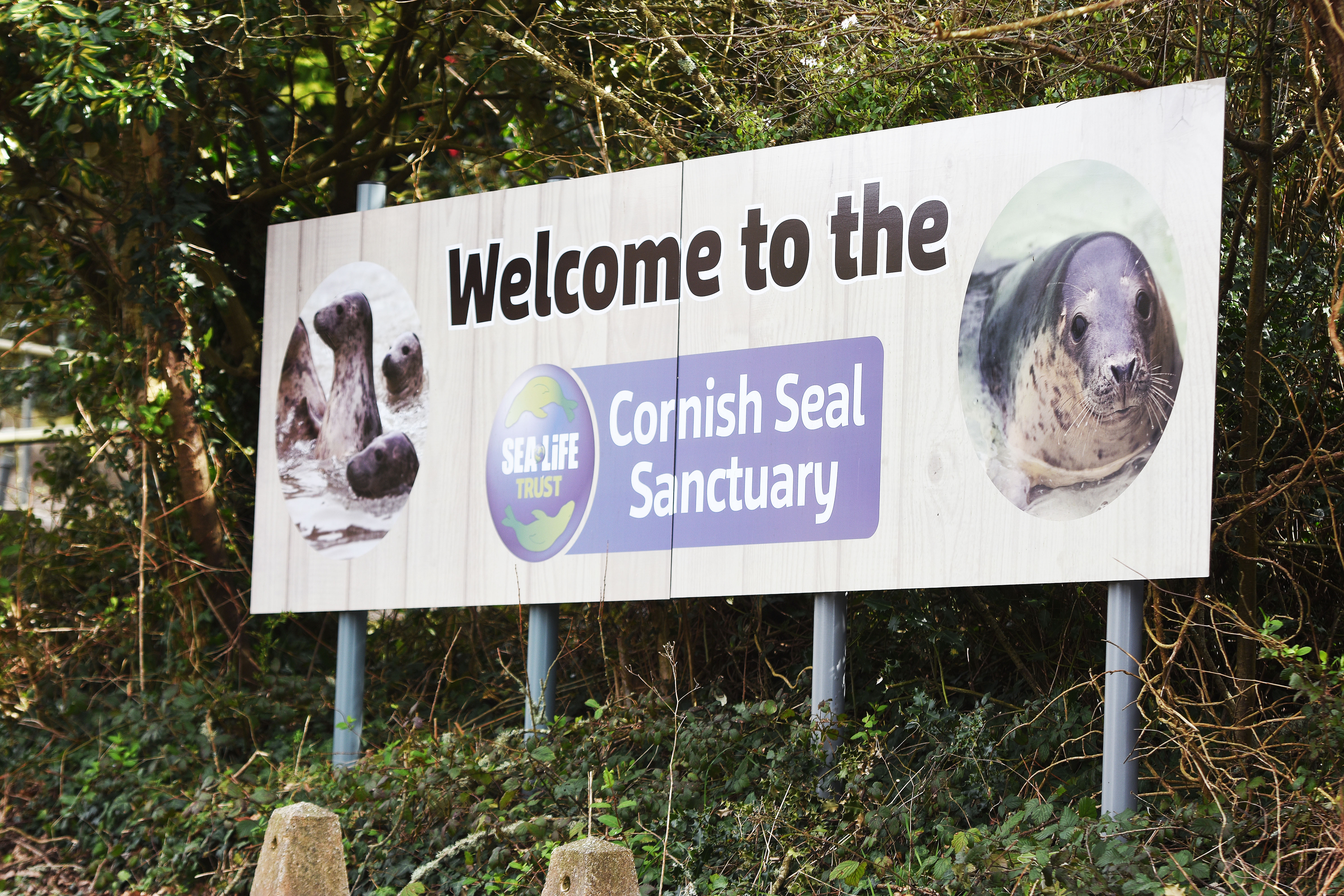 The sanctuary mainly sees seals who are victims of plastic waste dumped in the oceanCredit: News Group Newspapers Ltd

“It’s so important people dispose of their litter and take everything they brought home with them. Seals’ lives depend on it.”

The Cornish Seal Sanctuary rescues around 80 seals a year — most of them the victims of plastic waste dumped in the ocean.

Grace describes seals as spaniels of the sea, naturally curious and playful, which is why they are drawn to plastic bags and bottles, litter and netting.
She says: “They want to play with and investigate whatever they see.

“It’s part of their nature and while that inquisitiveness is brilliant, it can be deadly if they swallow plastic that people leave on the beach.

“It costs around £2,000 to rehabilitate and release each seal. When you consider some have just swallowed a plastic bag or rubbish left on the beach after a picnic or barbecue that turns into a really expensive piece of litter.”

Rescued seals receive the urgent medical attention they need and are fed on Cornish mackerel to gain weight until they are big enough to be released back into the wild. 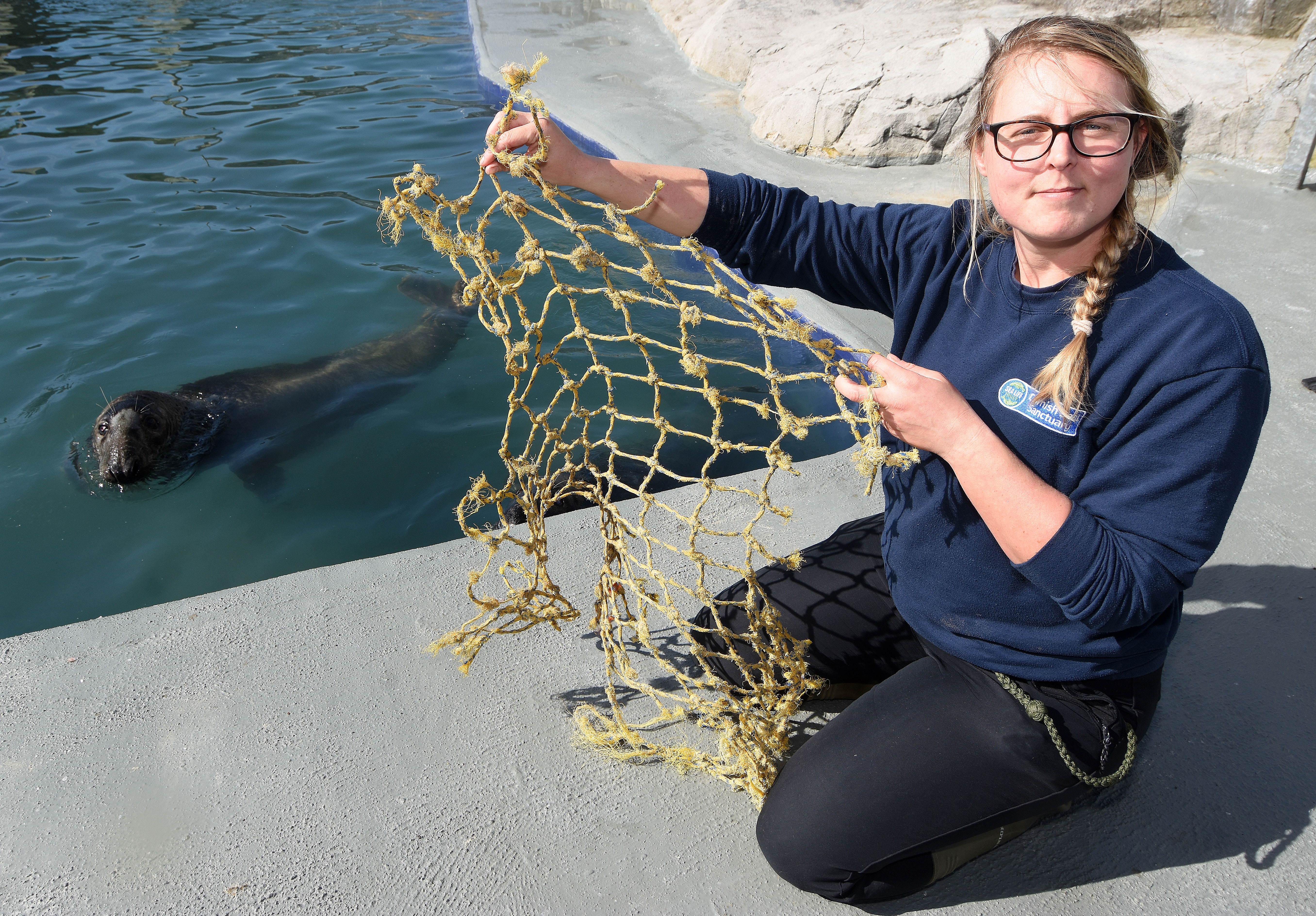 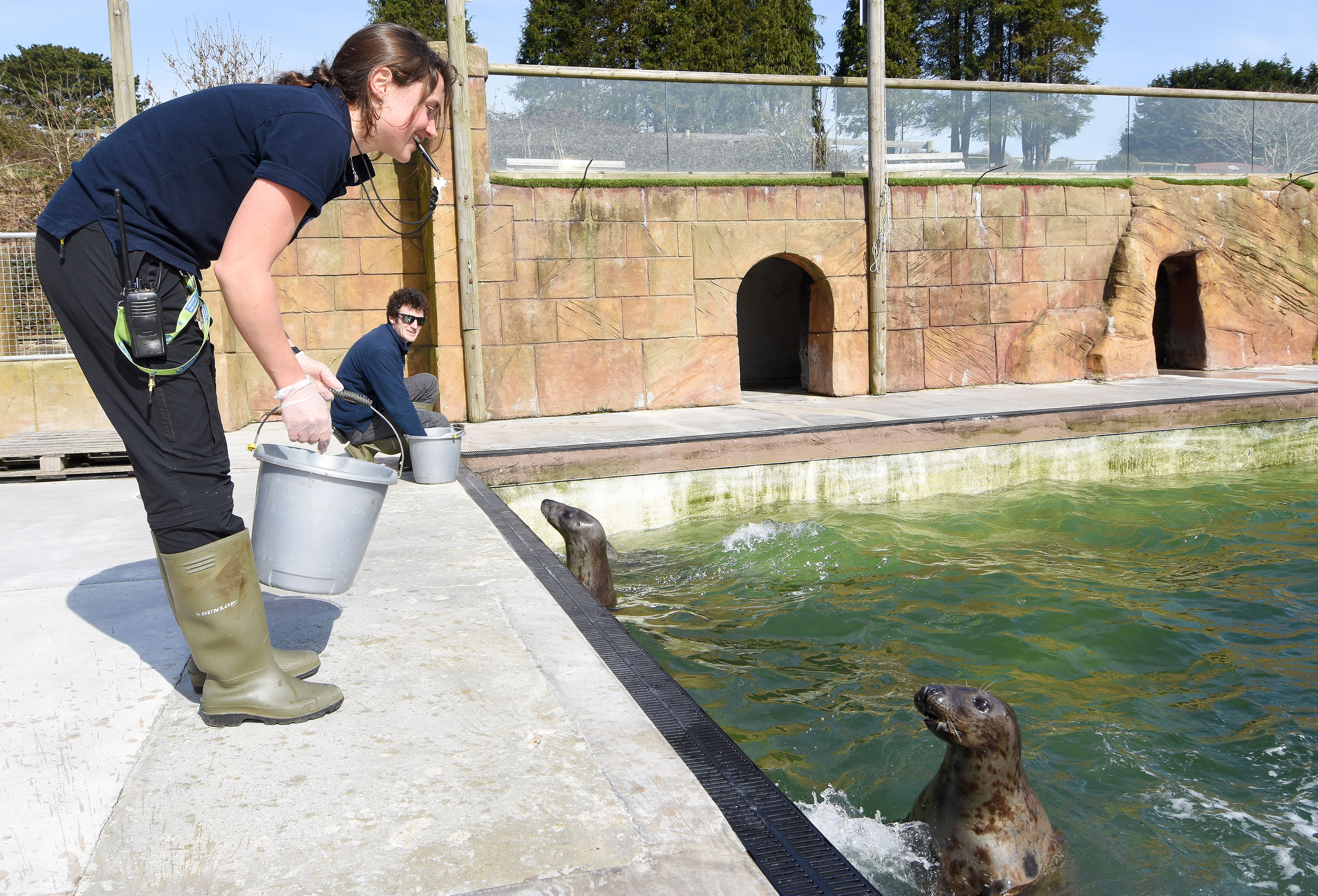 Some seals are too badly injured ever to be releasedCredit: News Group Newspapers Ltd

Grace adds: “We give the seals names but we don’t play with them. It’s vital we keep them as wild animals so they can thrive when they get back into their own environment. They are very cute but it’s our job to get them back to where they belong.”

But for every success story, some seals are too badly injured ever to be released.

Marlin, now 19, was rescued as a pup in 2001, having been blinded after getting entangled in fishing nets, and he has been at the sanctuary ever since.

Grace and her team are backing the Don’t Make Easter Rubbish campaign in a bid to save the lives of seals, which often have stomachs full of pieces of plastic.

Jana Sirova, the sanctuary’s general manager, says: “Plastic takes hundreds of years to biodegrade and we see the effect it’s having on marine mammals, including seals, every day.”

An astonishing eight million tonnes of plastic finds its way into seas across the world every year and it is estimated by 2050 there will be more plastic in the oceans than fish. 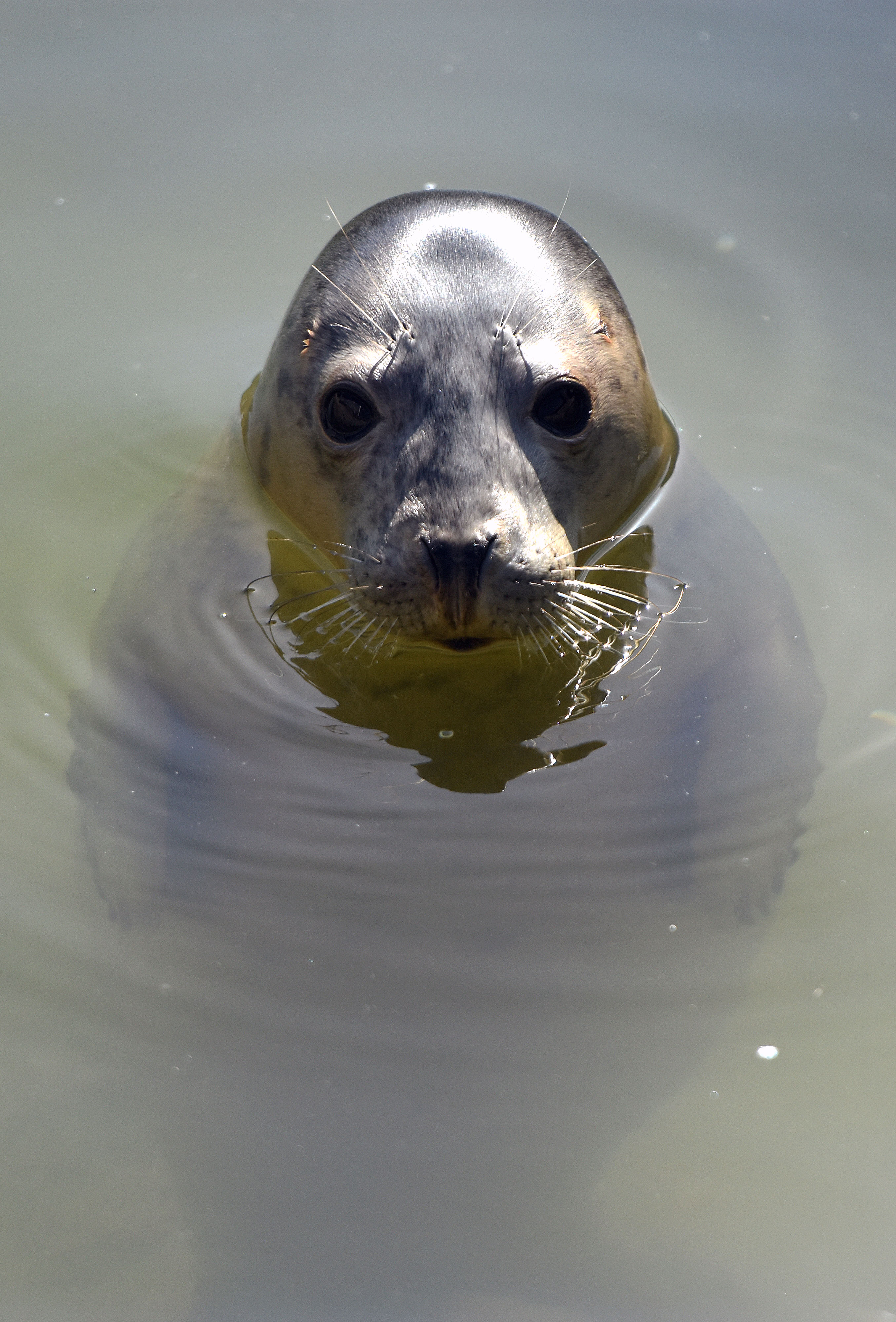 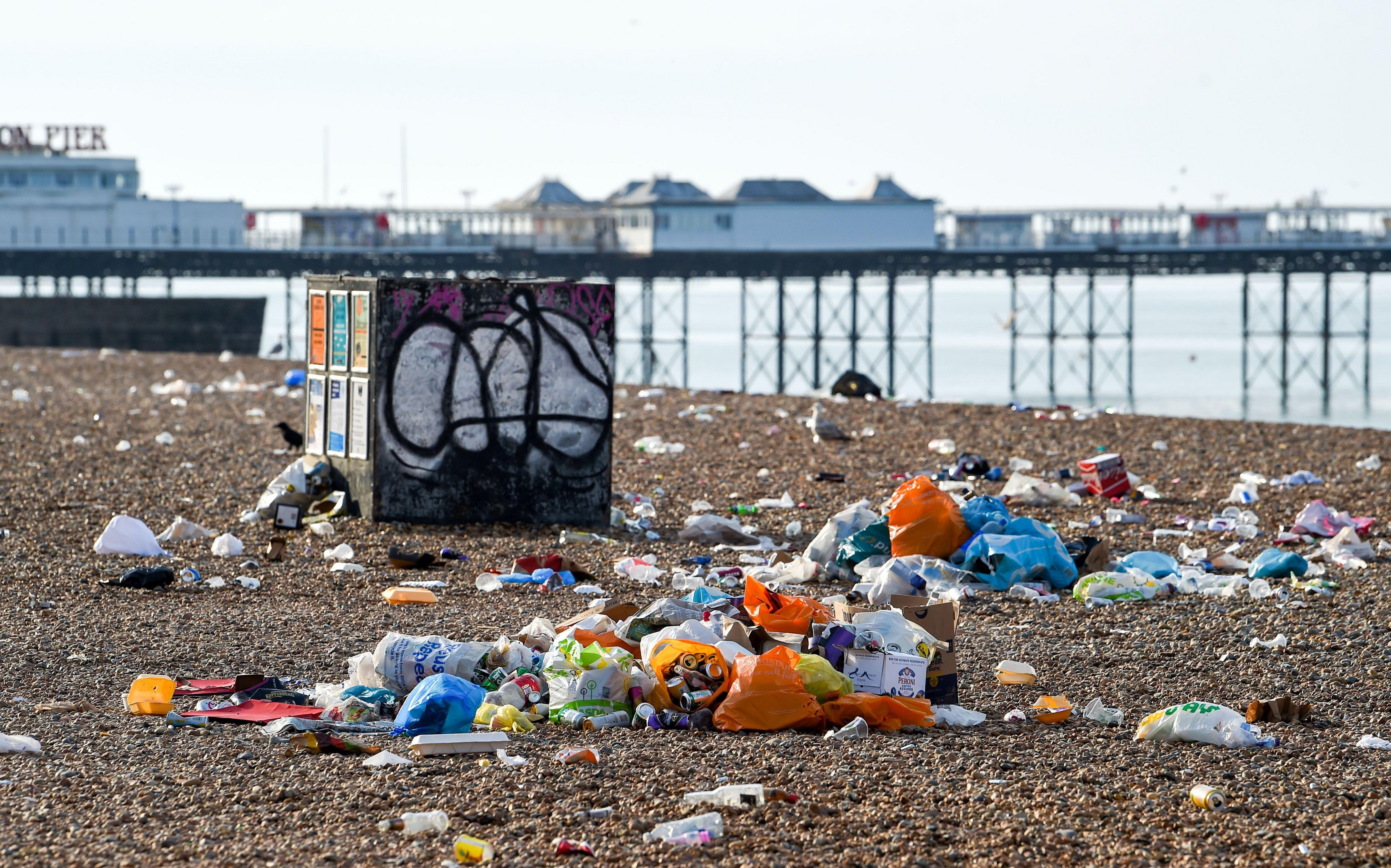 During the pandemic Britons disposed of 53 million single-use surgical masks a dayCredit: Alamy

Covid has made the problem worse and disposable masks are one of the biggest causes of pollution.

During the pandemic Britons disposed of 53 million single-use surgical masks a DAY.

Many will end up in the sea and eventually inside seals, which mistake them for fish.

And because of the crisis shoppers in the UK used an extra 42,000 tons of plastic wrapping to prevent the spread of Covid.

Jana remembers the seal pup Brian May, rescued in 2018 and named after the Queen guitarist.

She says: “No one knew what was wrong with him but he wouldn’t eat much and was losing so much weight.

“The vets here gave him medication to clear his digestive system and he excreted part of a plastic bag.

“It had been blocking his system because he’d eaten it, mistaking it floating in the ocean as food.

“If we hadn’t found him, he’d definitely have starved and had a horrible, slow death.

“If we don’t do something to keep our beaches clean, many more seals will not be as lucky as Brian.”