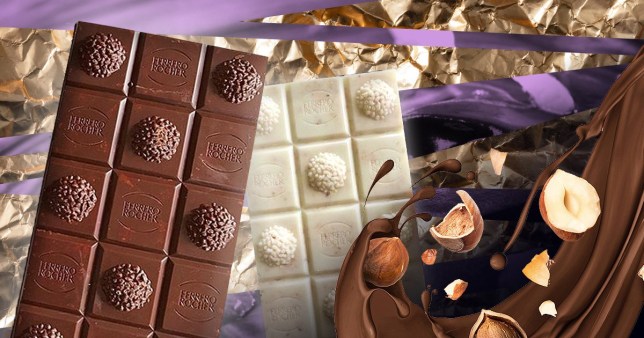 It’s been a big week in the world of chocolate.

First Cadbury announce their DIY chocolate cottage kits for Easter, then someone on TikTok revealed you can make a dessert version of the viral oven-baked feta pasta recipe with Maltesers.

Now, there’s a new treat for sweet tooths to get excited about.

Ferrero Rocher is set to release a chocolate bar version of its traditional hazelnut balls in the UK.

According to foodie Instagram account @johnssnackreviews, the treats are expected to be released in the UK around September 2021.

So it looks like we might have to wait a little longer to get our hands on the delightful new snack.

He writes: ‘These were out last year in Germany but have now been confirmed coming to the UK. Sadly, they’re expected to be released around September 2021. But enough hype and they’ll bring the date forward.’

What’s more, you’ll be spoiled for choice with five different flavours to choose from.

A photo shared by @newfoodsuk, shows that the bars also have little half-domes of Ferrero Rochers popped into some of the squares.

A Ferrero Pralines spokesperson told Metro.co.uk: ‘We knew it would be difficult to keep the news under wraps for long.

‘It’s not available just yet, but watch this space for more information, which we’ll share as we get closer to the launch.’