GOOD Samaritans in California came to an officer’s aid after a homeless man put her in a so-called “death grip” as she responded to his anti-Asian threats.

Video surveillance shows a number of bystanders rush to the unidentified Asian officer’s side on Friday in San Francisco after she and a homeless man, later identified as Geraldo Contreras, tussled to the ground and he put her in a hefty headlock. 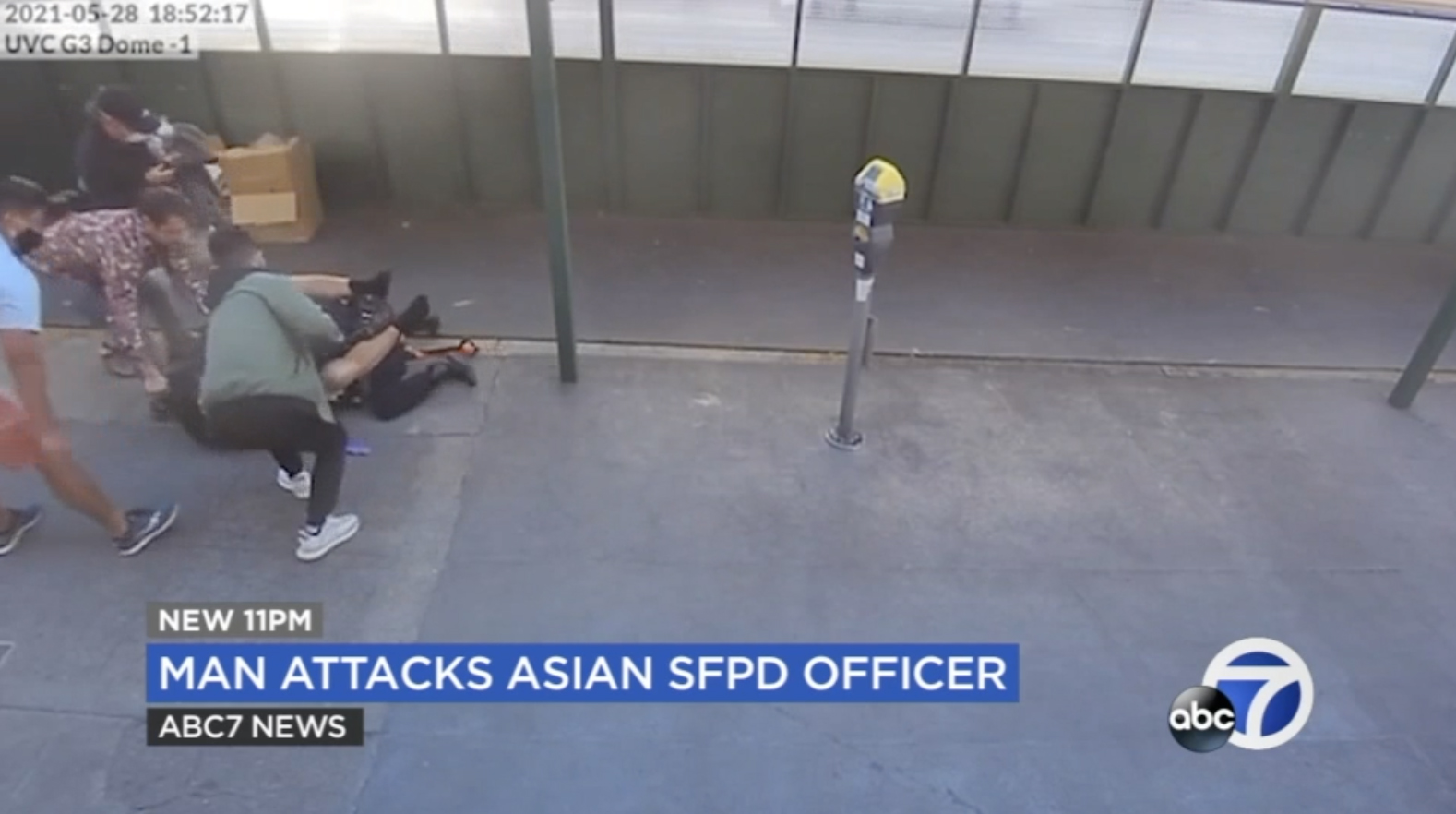 Good Samaritans came to a woman officer’s side after a man tackled her to the groundCredit: ABC7

The officer was responding to reports of a man making anti-Asian threats in San Francisco’s Chinatown when she found Contreras and ordered him to put his hands on his head.

When he ignored the request, she asked again, only for the two to wrestle with each other as Contreras forced the officer to the floor and got on top of her.

That’s when a quick bystander rushed to her side yelling “Get off of her, get off of her!” 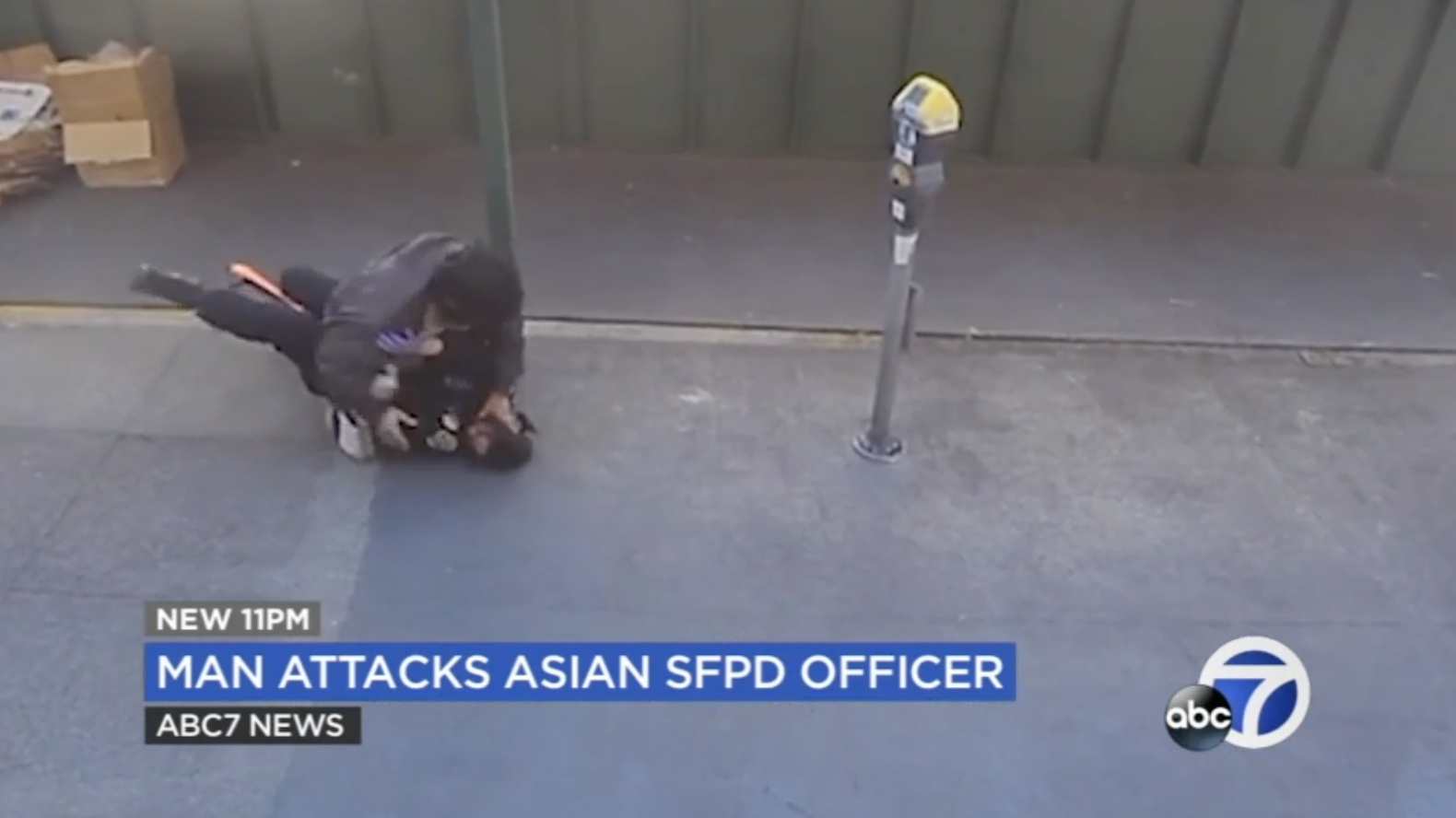 The officer was responding to reports of a man making anti-Asian threats in ChinatownCredit: ABC7

“I saw it as an emergency. She needed our help and she needed it right away,” he added.

The officer suffered a bloody nose and minor injuries. Police have not declared whether the attack will be investigated as a hate crime.

According to police reports, Contreras was making a number of anti-Asian threats in the neighborhood.

One of them included saying he “specializes in killing Asian people.”

The San Francisco Police Officers Association thanked the bystanders who came to the officer’s side.

“We’ve seen a rise in violent attacks by homeless individuals, including attacks on police officers,” they tweeted.

“We are deeply grateful to these citizens who rushed to our officer’s aide. Our staffing shortage left this officer working alone instead of with a partner.”

Teen Mom Jenelle Evans ripped for allowing daughter Ensley, 4, to ‘drag’ the family dog around as it looks ‘miserable’

What is Lil Loaded’s net worth?