THE disappearance of a woman who vanished after a phone call with her partner is causing “increasing concern”, police have said.

Sarah Everard, 33, went missing while walking to her home in Brixton, south London on Wednesday evening. 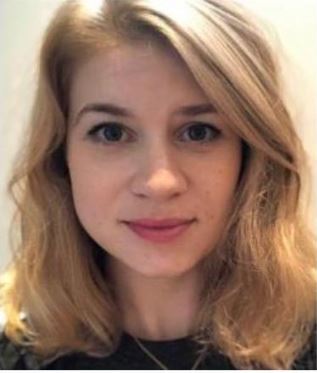 Sarah Everard, 33, disappeared shortly after she had chatted with her partner on the phone

Her last known location was near Clarence Avenue, where she had met a friend and was walking home at around 9pm.

We are increasingly concerned for the #missing Sarah Everard, 33, form #Brixton. She was last seen on 3rd March in the area of Clapham Common. She was wearing the green jacket and black and white trousers as on the photo. Please RT and call 999 with any info, ref 21MIS006196 pic.twitter.com/G58cyArDnA

Concerned loved ones have said the sudden cut of contact is “extremely uncharacteristic.”

Police were contacted by worried pals, who last heard from the 33-year-old at around 9.30pm on Wednesday.

She is 5ft 4in (162cm), has a slim build and blonde hair, and was wearing a green coat, dark trousers and trainers, her best friend Ms Woollard said.

She was described as “beautiful, thoughtful and incredibly kind” by one friend.

She said: “Sarah and I met many years ago whilst studying together at Durham University. She has always been an exceptional friend, dropping everything to be there to support her friends, whenever they need her.

“It was only recently that she was telling me the good news about her new role as a senior marketing account manager, which she was excited to start.

“It is extremely uncharacteristic of her to have gone missing, which is why we are all deeply concerned something has happened to her.”

Lambeth Police have urged anyone with information on Sarah’s disappearance has been told to call 999 and quote the reference number 21MIS006196.

Her silence was deemed “extremely uncharacteristic”