MILLIONS of people will get extra cash this year as the cost of living squeezes purses and wallets.

A number of payments are being handed out in the coming months to help struggling households.

Millions of people will get extra cash this year as the cost of living squeezes pursesCredit: Getty

Among some of the payments, is £650 for people claiming Universal Credit and other means-tested benefits.

On top of this, all households in the UK will be given a minimum £400.

Pensioners will also get an extra £300 one-off payment during the winter months.

All in all, the average payout for each household will be £550, but what you actually get could be more or less than that depending on your circumstances. 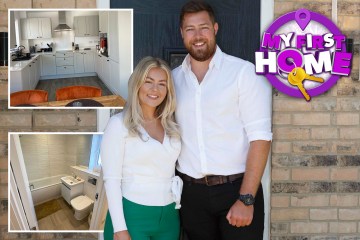 It comes as energy bills, and food and fuel costs soar.

On Tuesday, Martin Lewis, from moneysavingexpert.com, warned energy bills could rise by another £1,000 a year this winter.

Ofgem, the energy regulator, last month said it expected the next price cap review to push energy bills up around £2,800 a year.

But Cornwall Insight, an energy market intelligence and analysis consultancy, recently predicted bills of around £2,980.63 from October to December.

Chancellor Rishi Sunak‘s announcement last month of a giant support package for millions across the UK will help with some of those costs.

The most in need could get as much as £1,500 through the cost of living handouts.

Here are all the key dates for when you can expect to get some of those payouts.

Next month, more than eight million households will be given the first chunk of their one-off £650 cost of living payment.

The first lot of money is worth £326 and will be paid between July 14 and the end of the month.

Payments will go out automatically into the bank account claimants usually get their benefits, and will be separate to the usual amount you get.

To get the cash, you will need to be on eligible benefits or have begun a successful claim which is later, as of May 25 this year.

If you miss that date and claim Universal Credit after this then you could still be eligible for the second half of the payment later in the Autumn.

Six million people with disabilities will receive £150 in September.

This is to help them pay for any energy intensive equipment they have, which could lead to increasing bills.

A lot of disability benefit recipients also get means tested benefits – so the £150 payment is separate to the £650 payment.

Both the £650 and £150 payments will be exempt from tax, will not count towards the benefit cap, and will not have any impact on existing benefit awards.

New figures from the government have revealed nearly one in ten of the population will get the £150 top-up.

In autumn, households should expect to receive their second chunk of the £650 means-tested benefits cash boost.

The date for the second chunk worth £324 has yet to be confirmed for those on Universal Credit, income-based Jobseeker’s Allowance (JSA), income-related Employment and Support Allowance (ESA), income support and Pension Credit.

Autumn is also when people on tax credits will get the first half of their £650 payments.

Working tax credits and child tax credit claimants are eligible for the cash, but will get it at a later date.

That’s to avoid people getting paid twice if they get other benefits on top of tax credits.

The first cost of living payment for those on tax credits, and not getting any DWP benefit, will go out from autumn 2022 and the second payment from winter 2022.

The exact dates for both payments have not been confirmed yet.

Every household will start to benefit from a £400 energy bill discount from October onwards.

The energy discount will be dished out from this point, and payments will be given out in instalments over the successive six months.

It replaces a previous plan to give a £200 energy rebate, which households would have had to pay back.

The £400 discount is a grant you WON’T have to pay back through higher energy bills in later years which is good news for billpayers.

Customers paying their energy bill by direct debit should see the money credited to their account.

Those on pre-payment meters will have the money added to their meter, or they will receive a voucher.

Either in November or December, a £300 one-off “Pensioner Cost of Living Payment” will be dished out to eight million households.

It will be given to those who already get the Winter Fuel Payment – which is worth between £100 and £300 for those over state pension age.

The extra £300 help will be paid on top of this support which means some eligible households will see their payments double this winter.

You can check out if you are eligible for the Winter Fuel payment in our handy explainer.