JOSE MOURINHO once revealed the only time he cried after a defeat was when Real Madrid lost a Champions League semi-final on penalties to Bayern Munich back in 2012.

Back in May, Mourinho broke down in tears again, but this time they were tears of joy after guiding Roma to the final of the Europa Conference League.

Jose Mourinho admitted he cried after a Champions League defeat to Bayern Munich back in 2012Credit: EPA

But going back 10 years the Portuguese gaffer had already steered Real Madrid to a record-setting year in LaLiga when he welled up after being denied the chance to make it to a Champions League final.

Madrid were the heavy favourites for Europe’s top competition having overhauled Barcelona domestically with the most points, goals and home wins.

Mourinho, who had already lifted the Champions League twice with Porto and Inter Milan, missed out on a three-piece at the Bernabeu in heartbreaking fashion.

The Special One saw Cristiano Ronaldo, Kaka and Sergio Ramos miss from the spot as Madrid fell to Bayern on pens in the 2012 semi-finals.

He would have met former club Chelsea in the final, who in turn, bested the Bundesliga side in a shootout to win their first-ever Champions League.

That night is the only time in my career as a coach that I’ve cried after a defeat. It was very hard because we were the best that season

And speaking to Spanish outlet MARCA back in 2020, Mourinho admitted he found it hard losing the chance to play for La Decima and was reduced to tears.

“That night is the only time in my career as a coach that I’ve cried after a defeat. I remember it well…

Aitor [Karanka] and I pulled up in front of my house, in the car, crying…

“It was very hard because we were the best that season.” 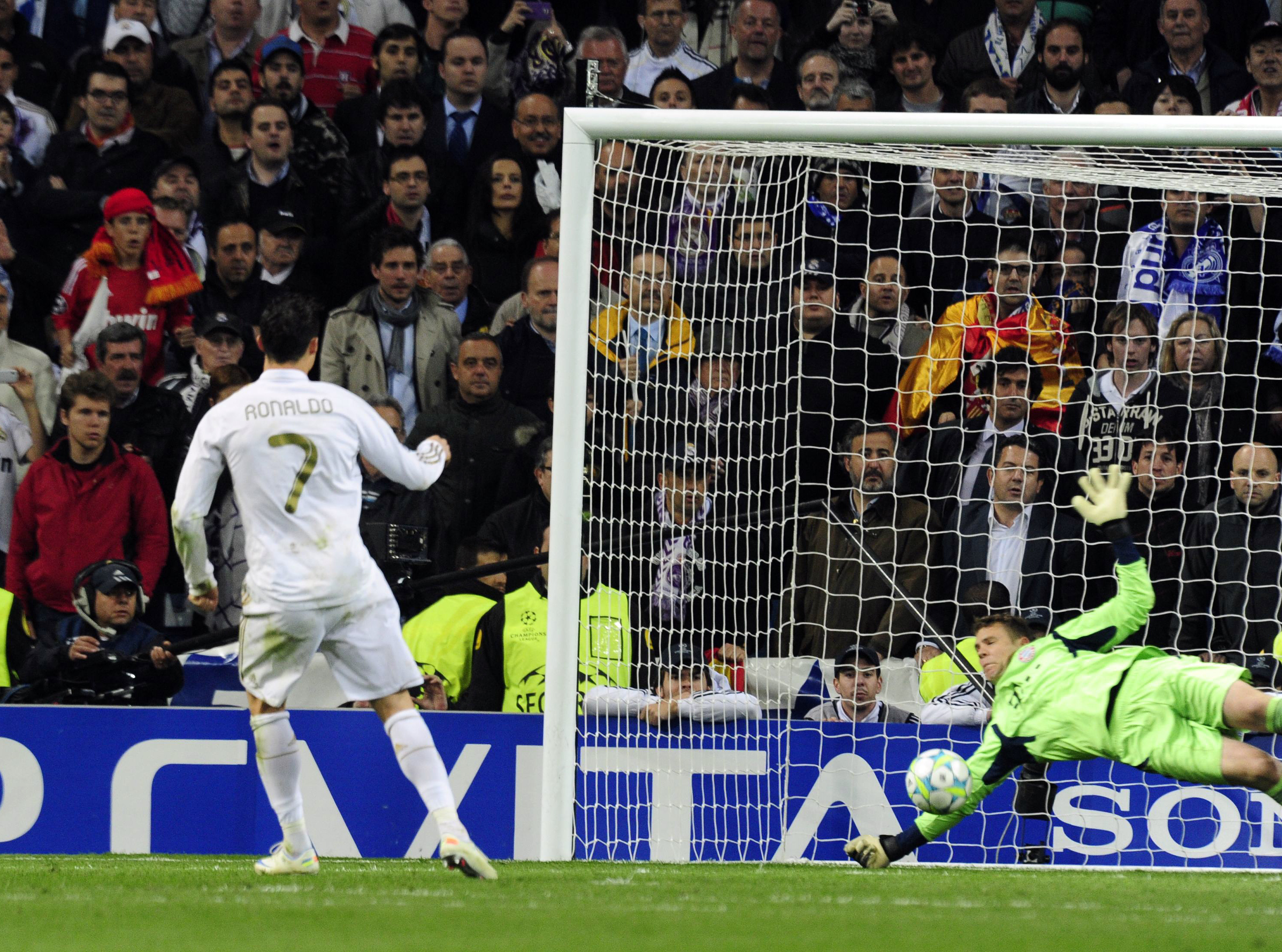 Cristiano Ronaldo was denied from the spot as Los Blancos suffered defeat at the BernabeuCredit: AFP

Opening up about the incident further in an interview with Portuguese TV channel Sic, Mourinho previously admitted it was still the saddest moment of his career.

He said: “If I have to choose the worst moment, it’s that elimination with Real Madrid.

“We were the best team in Europe, without a doubt, we won LaLiga smashing all the records for points and goals and we would’ve won that final, I don’t have any doubt.

“What was most cruel for me was that in the shoot-out we chose Cristiano Ronaldo, Kaka and Sergio Ramos, they were dead certs from the penalty spot and the guys who missed were those who never miss, it sunk me.”

SunSport have previously revealed that it was the Chelsea dressing room who broke down in tears after Mourinho was sacked by the club for the first time way back in 2007.

Club captain John Terry said he and his team-mates were so devastated and shocked they approached the Blues board to reverse their decision.

The former England skipper would be reunited Mourinho in 2013 with the pair winning the Premier League for a third time two years later, before being axed again in 2015.