TYRON WOODLEY’s UFC career is in danger of coming to an end following a first-round submission defeat to Vicente Luque.

The former welterweight king locked horns with the Brazilian early this morning in the co-main event of UFC 260 in Las Vegas.

The Chosen One entered his clash with the No.9-ranked Luque on the back of three consecutive defeats.

And the 37-year-old’s long wait for a victory – which he last tasted in September 2018 – was extended by an impressive Luque, who submitted him with a first-round D’Arce choke.

Woodley started aggressively and looked to utilise his wrestling early.

Unlike his previous three fights, the former Strikeforce star was fluid with his strikes and threw punches in bunches.

An overhand right from Woodley rocked Luque and looked to put him on course for victory. 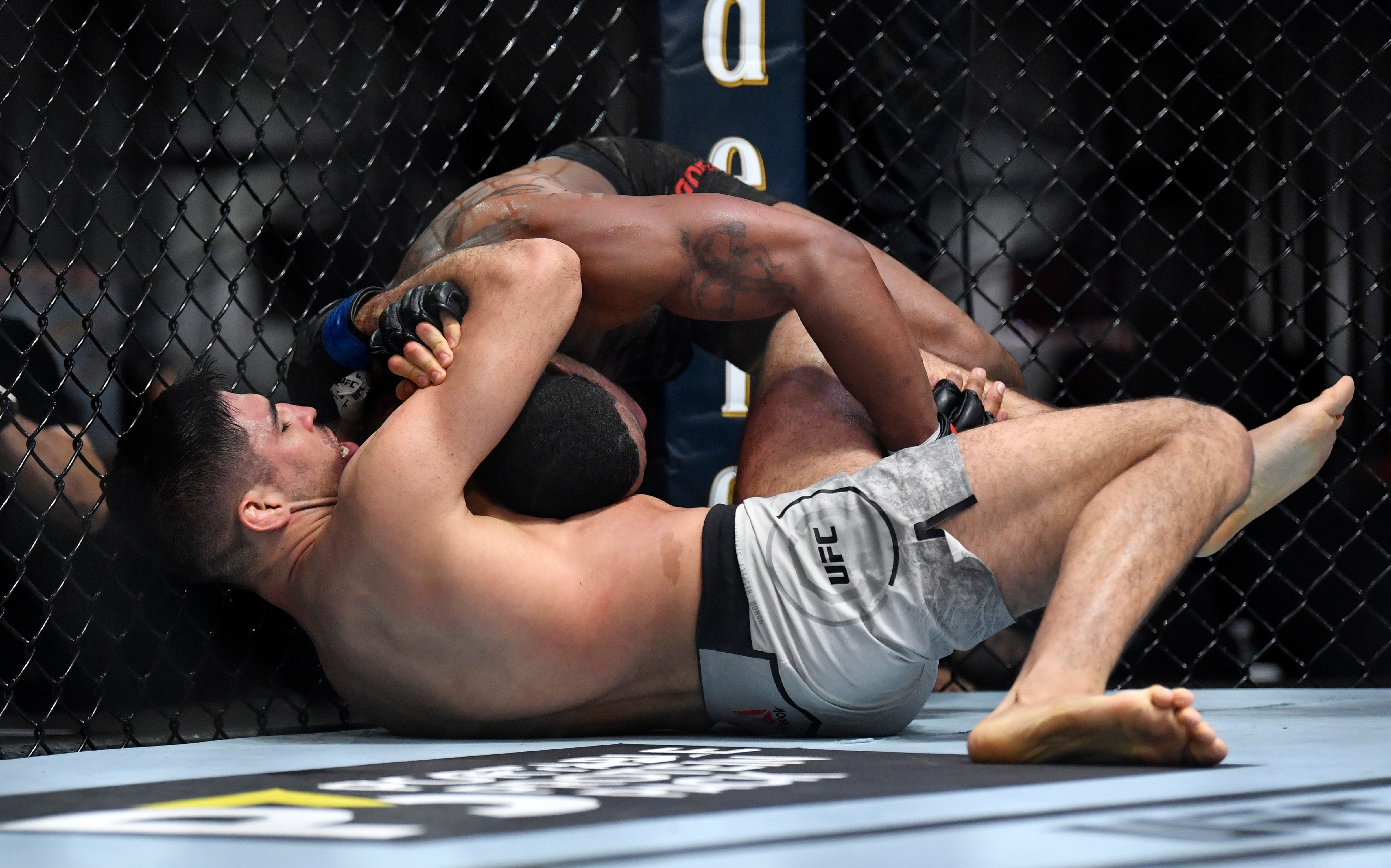 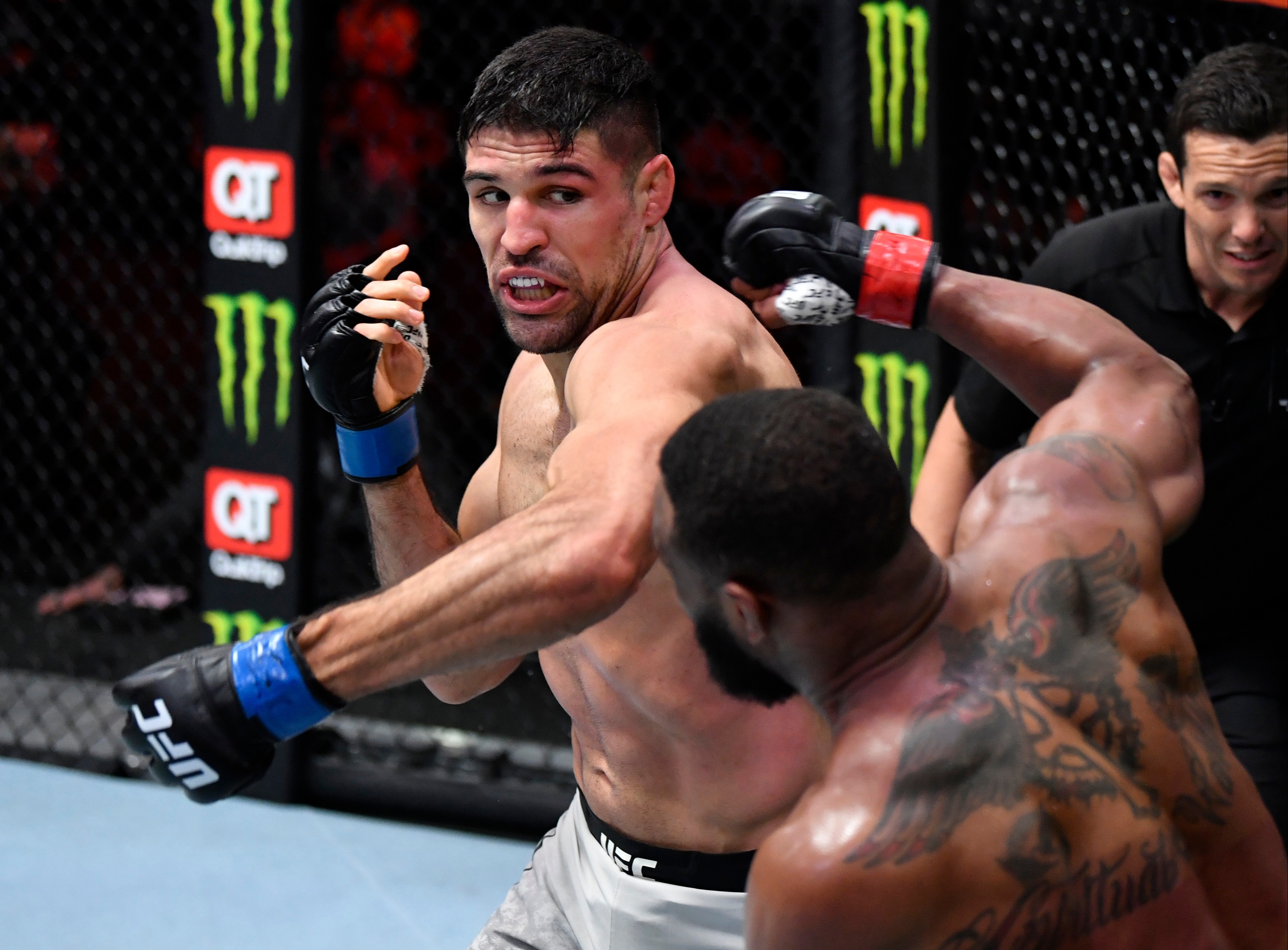 Luque, however, weathered the storm and rocked Woodley with a huge right hand of his own.

The St Louis slugger’s equilibrium disappeared, so much so he was wobbling like a scarecrow in the wind.

After the fight hit the canvas, Luque took advantage of Woodley’s frazzled mind by slipping in a D’Arce choke.

The part-time rapper tried his best to get out of the submission but was ultimately forced to tap.

Woodley is now riding a four-fight skid and is in danger of being cut from the promotion. 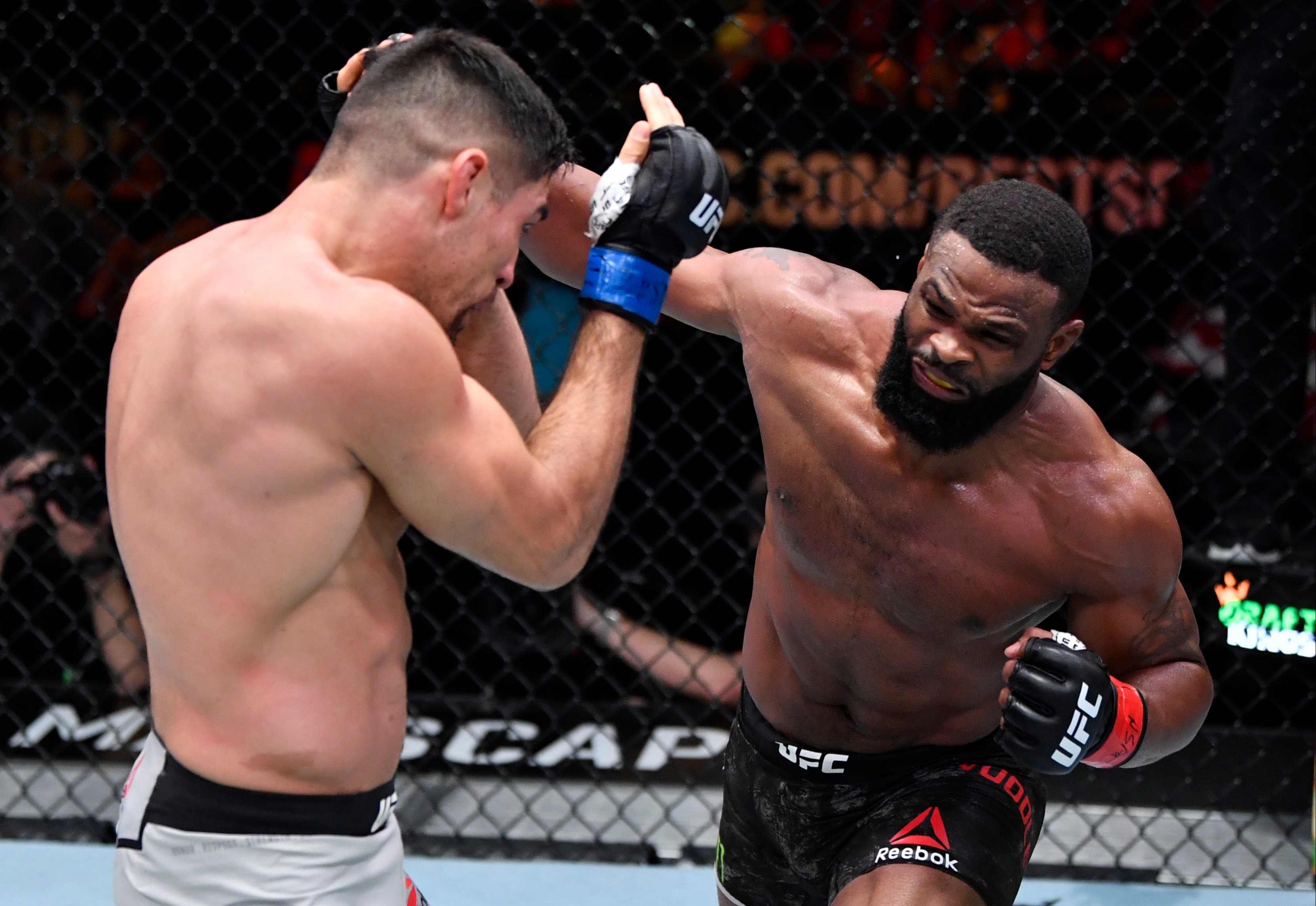 Despite his back well and truly being up against the wall, Woodley didn’t go into his clash with the Silent Assassin thinking about saving his place on the roster.

He said: “I don’t really focus on that. I’m just focusing on this fight.

“I wanna go out there and just be performing. I wanna focus on performance.”