ESPN anchor Sage Steele was taken off the air after she made several controversial comments about vaccine mandates and Obama’s race as it was revealed that she tested positive for COVID.

Steele made the comments on Jay Cutler’s podcastCredit: YouTube

She claimed she received the vaccine so that she could keep her job with ESPN, whose parent company, Disney, has mandated the vaccine for all employees.

“I respect everyone’s decision, I really do, but to mandate it is sick and it’s scary to me in many ways,” she told Cutler.

She then described that the shot was painful, and joked that the nurse intentionally hurt her because she mistook Steele for black conservative political commentator Candace Owens, who she “respects the hell out of.”

“It hurt! And I’m tough, but I think she put it in the muscle and was like ‘er.’ Maybe she thought I was Candace Owens, I don’t know.”

Touching on another hot button topic, Steele, who is biracial, recounted how a TV host once told her to select black or white on her federal census data.

She then referenced Obama’s selection of “black” on his census data, adding: “I’m like, ‘Well, congratulations to the president. That’s his thing.'”

She continued: “I think that’s fascinating considering his Black dad was nowhere to be found, but his White mom and grandma raised him, but hey, you do you. I’m going to do me.”

After her statements caused an uproar online, Steele apologized in a statement obtained by Variety.

She wrote: “I know my recent comments created controversy for the company, and I apologize.

“We are in the midst of an extremely challenging time that impacts all of us, and it’s more critical than ever that we communicate constructively and thoughtfully.”

The sports network took her off the air this week, although an inside source later revealed that she had tested positive for COVID-19 and is scheduled to return next week, Front Office Sports reports.

In its own statement to Variety, ESPN announced: “At ESPN, we embrace different points of view — dialogue and discussion makes this place great.

“That said, we expect that those points of view be expressed respectfully, in a manner consistent with our values, and in line with our internal policies. 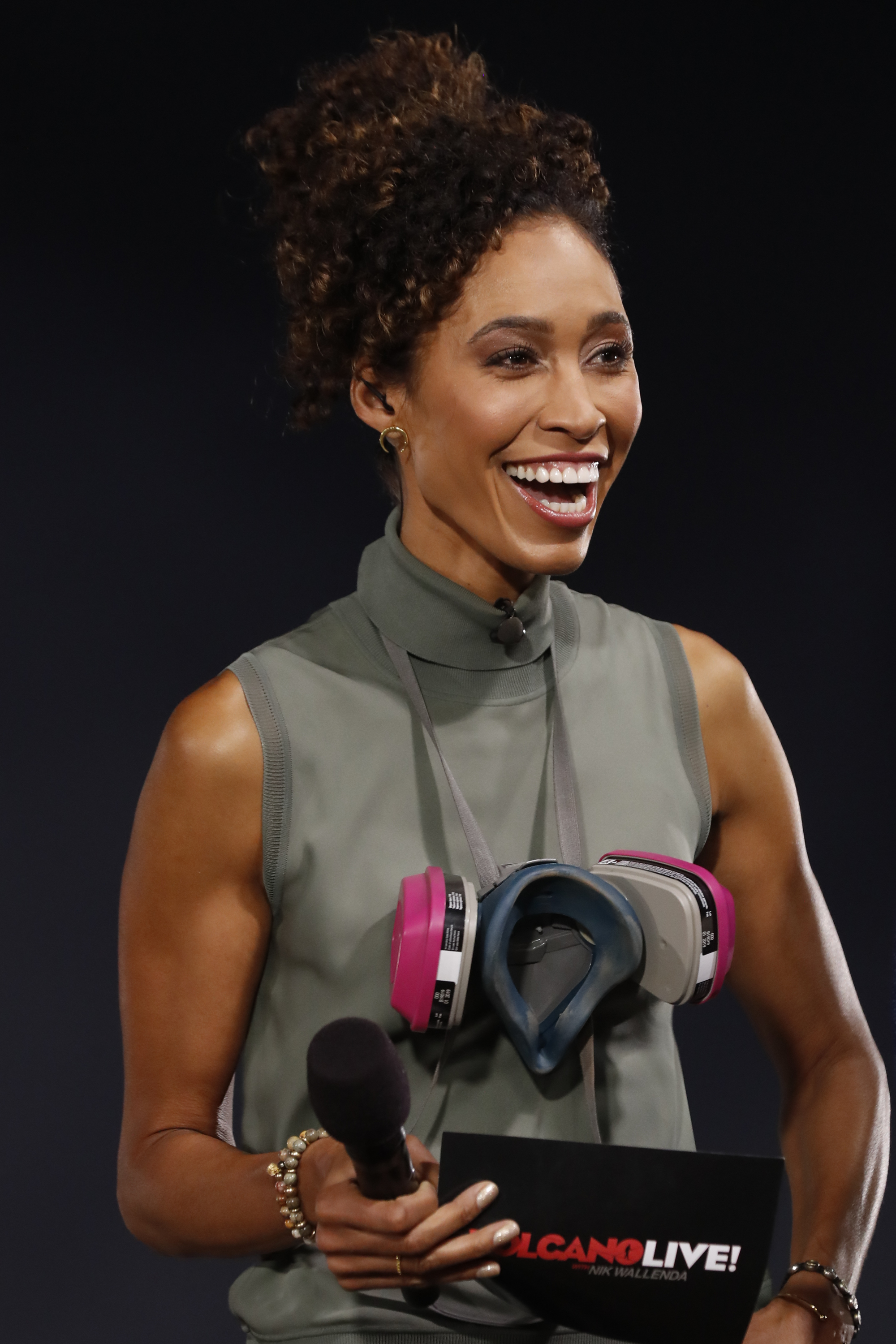 Steele is expected to return to ESPN next weekCredit: Getty

GFRIEND’s SinB, Eunha and Umji to reunite as three-member group