AN English bull terrier has been named the UK’s “most destructive dog” after gnawing through trainers, fences and his owner’s contraceptive pill.

Antonia Riley, 36, is desperate to calm down Brian, eight, who “nearly broke the family up”. 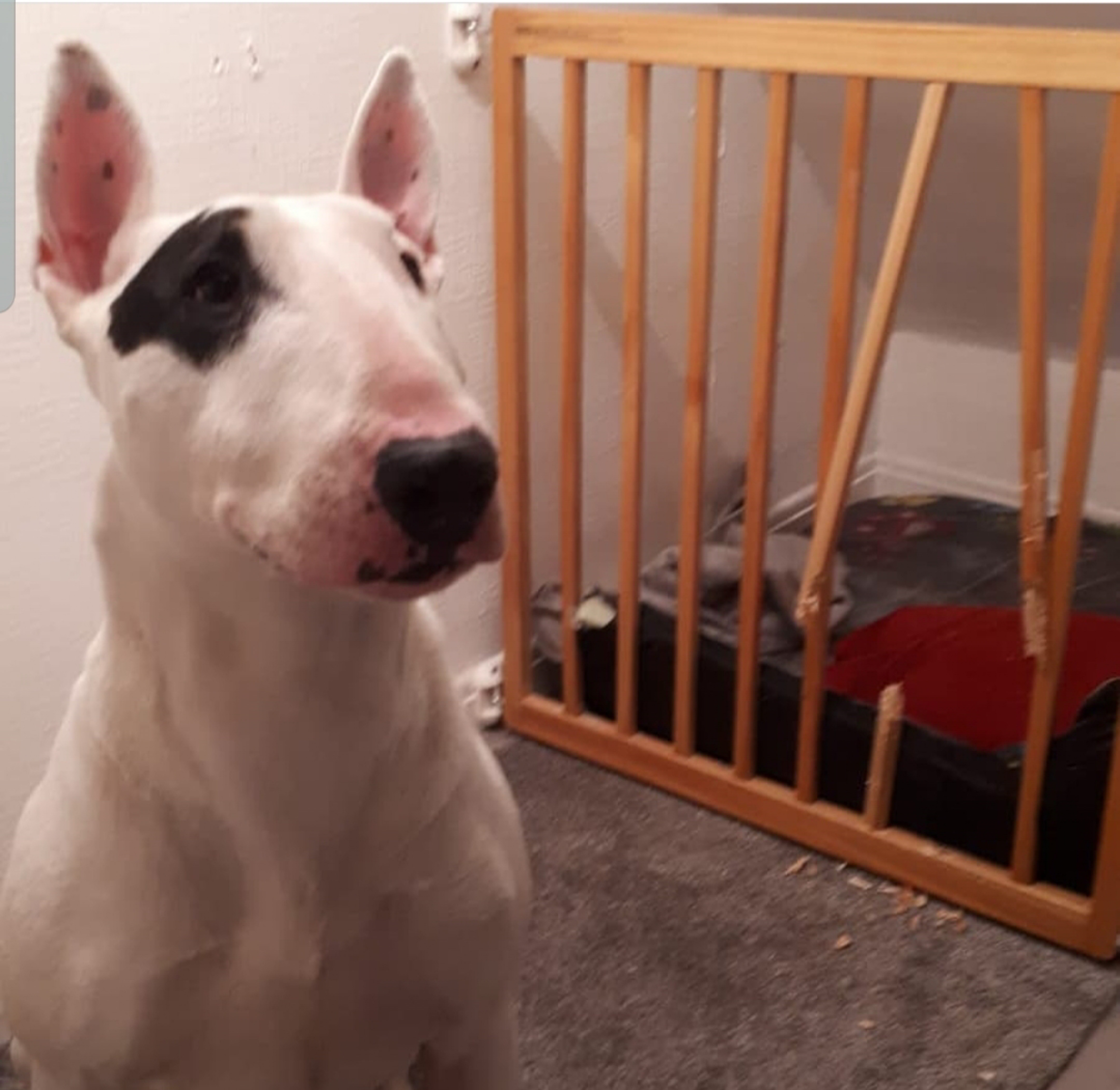 Brian has been dubbed Britain’s ‘most destructive dog’Credit: Mercury Press 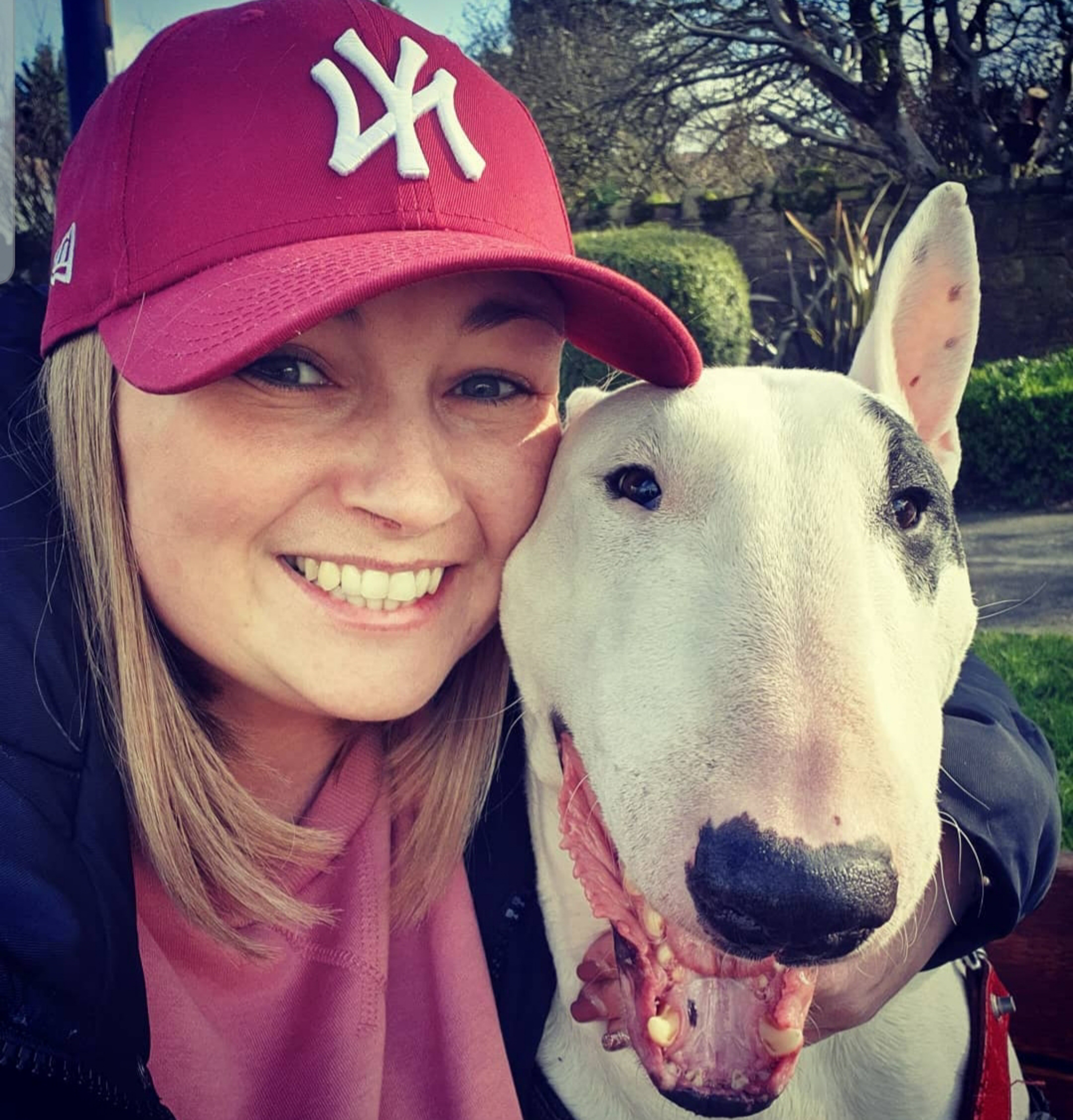 She and husband Stuart of Stockport, Greater Manchester, have considered rehoming him.

Antonia and Stuart bought Brian as a puppy in 2012, and began training and socialising him with others so that he was a ‘normal’ pooch.

But the mum said: “We spent all day crying and decided against it.”

Antonia said: “He never listens so we’ve never been able to train him.

“I thought he was going to be dead but he was fine. And he ate a tub of cotton buds.”

The dog devoured Antonia’s contraceptive pills in one chaotic episode.

Antonia continued: “The worst thing he’s done is eat a pair of brand new trainers that I’d got for my birthday the day after.

“He even ate my contraceptive pill which luckily didn’t have any complications but made me so angry. 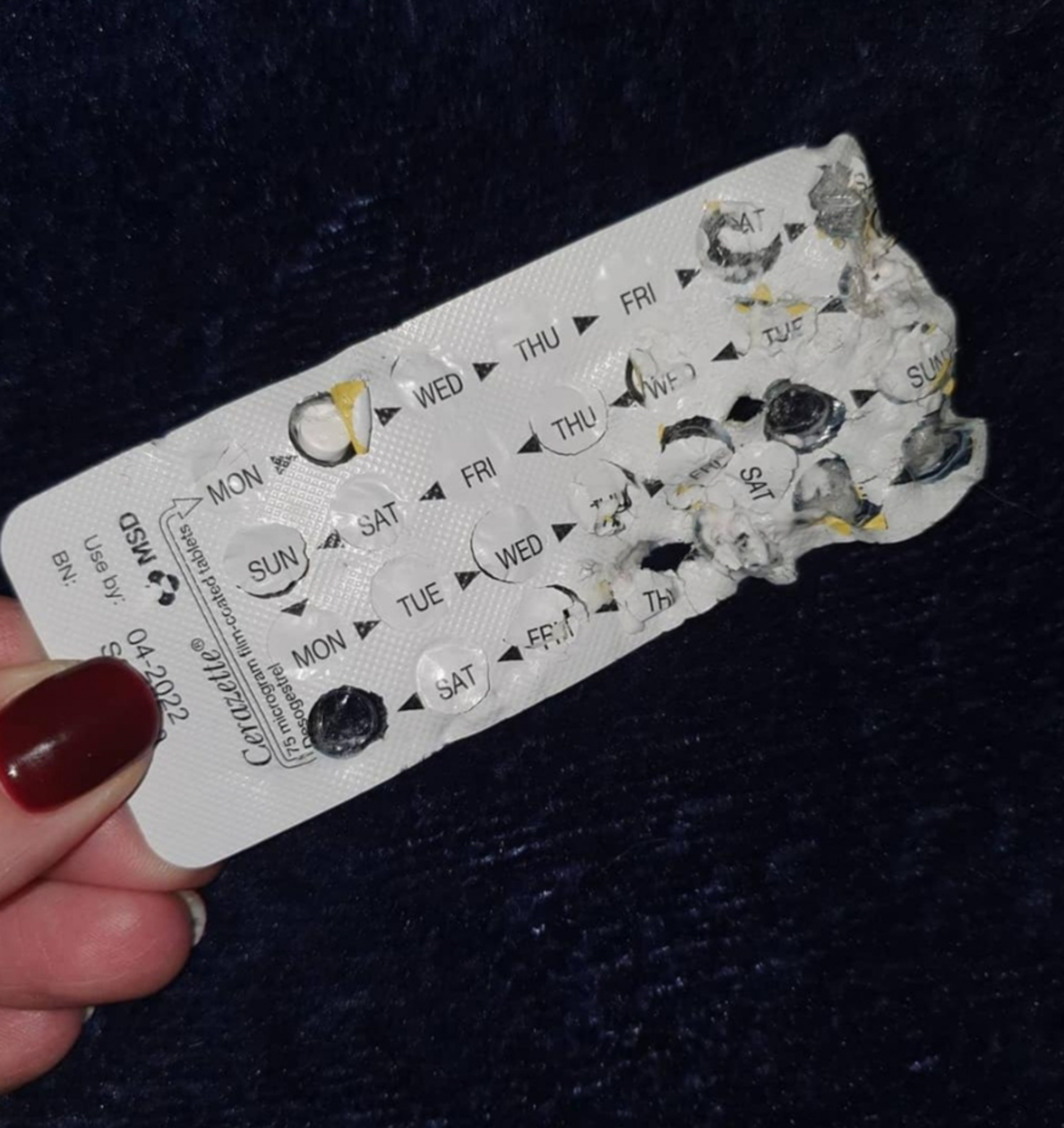 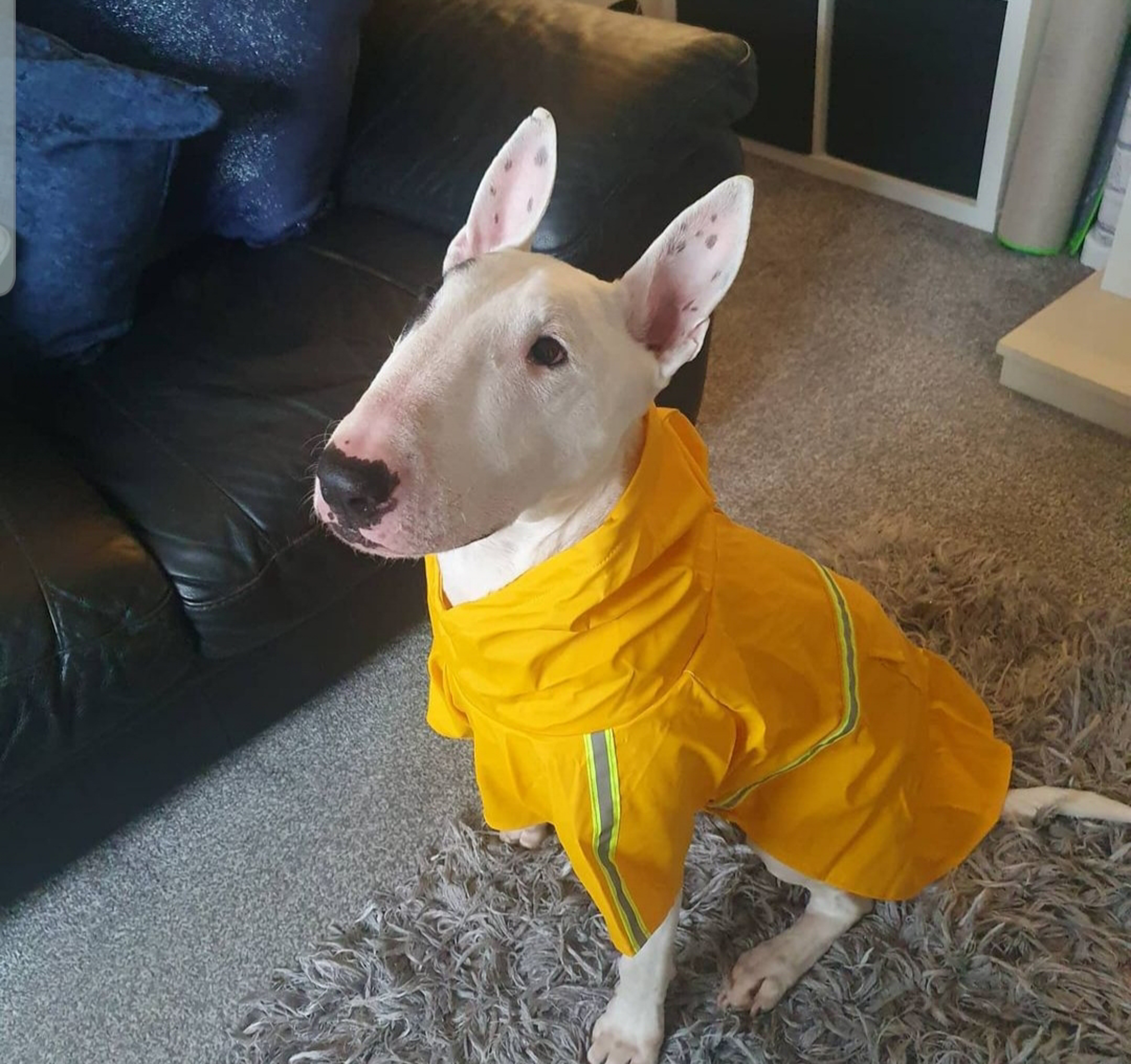 Antonia and Stuart bought Brian as a puppy in 2012Credit: Mercury Press 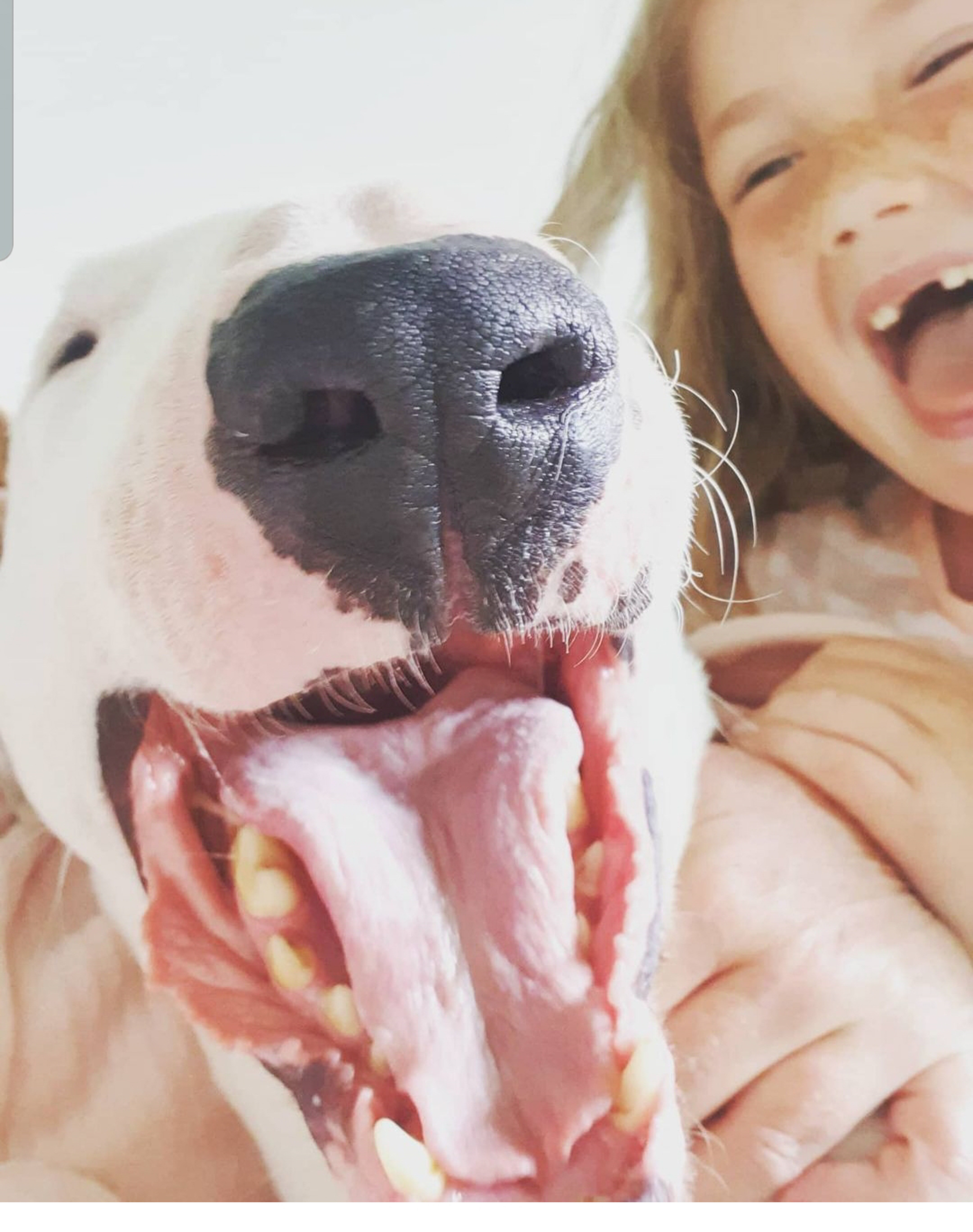 Brian behaves well when daughters Faith, 12, and May, six, are outCredit: Mercury Press

“Obviously we love him but we’re a bit stuck with what to do about his behaviour.”

But Brian behaves well when daughters Faith, 12, and May, six, are out.

Girl, 3, sobbed ‘I’m ugly’ after dog shook her ‘like a rag doll’ in horrific attack