David Murch, 61, was left yelping when the heated seat in his BMW 650i scorched his behind and burned a hole in the bottom of his jumper. 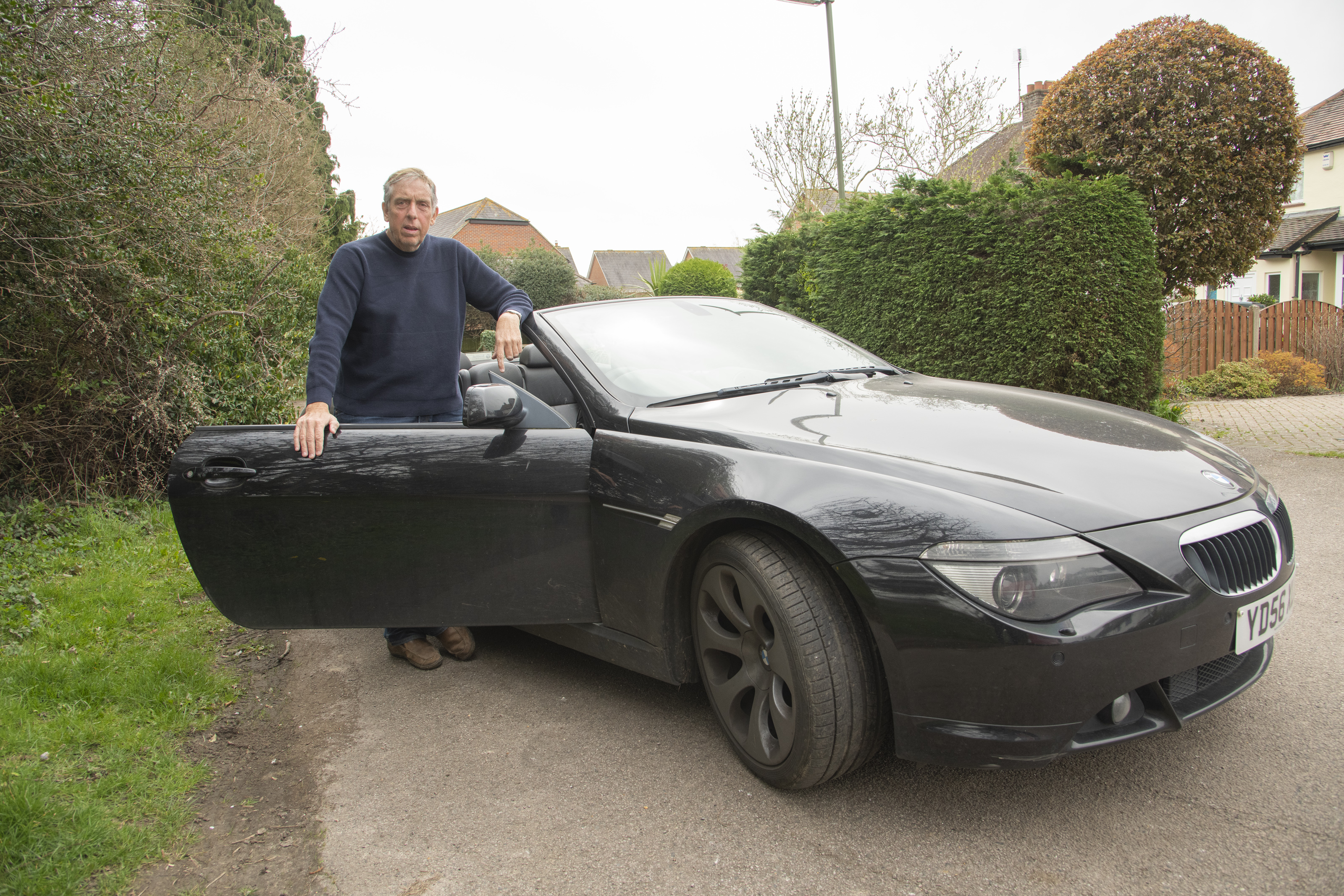 Fuming driver says his £60,000 BMW burned him on the bum when its heated seat caught fireCredit: INS 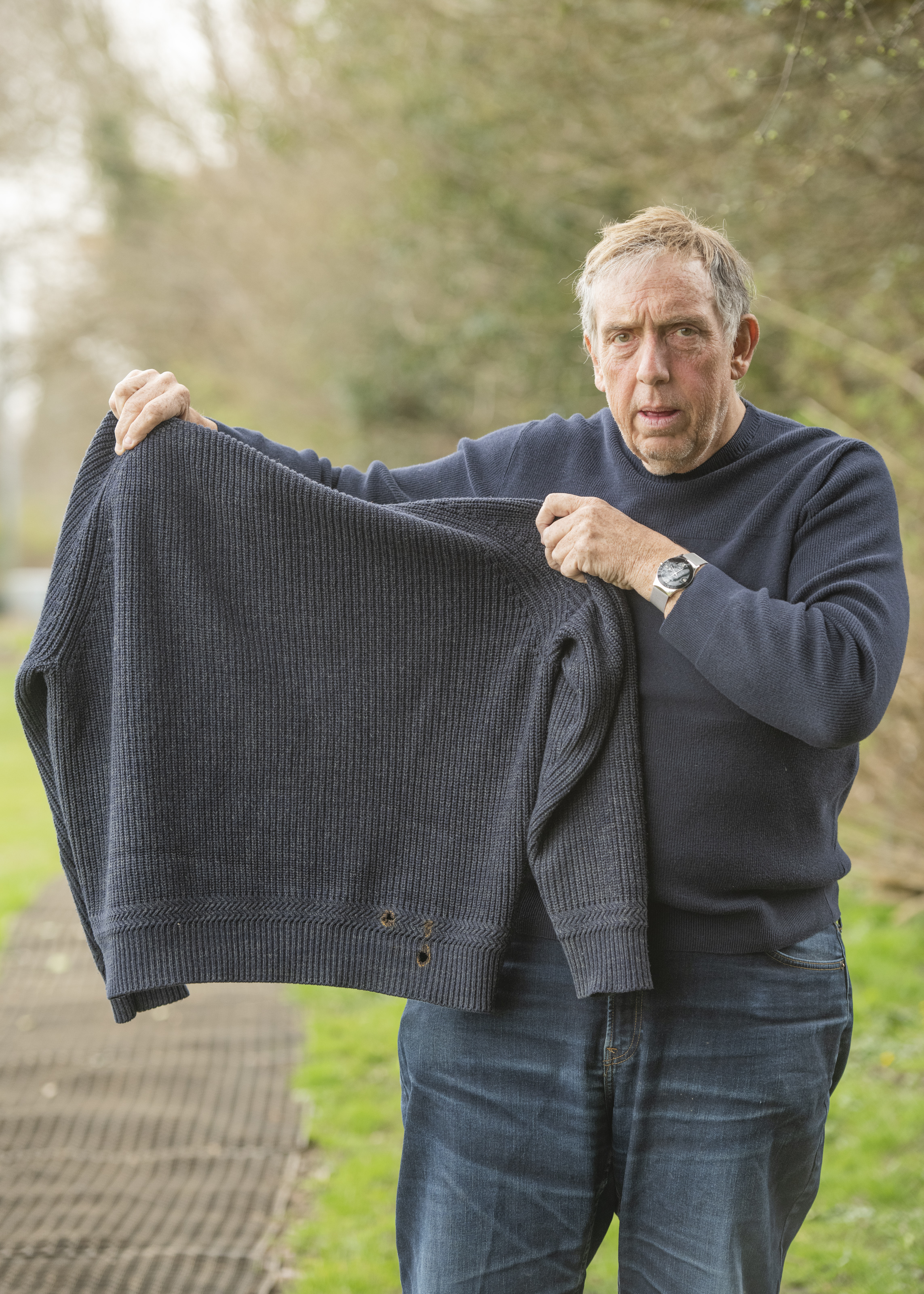 David Murch, 61, was in his BMW 650i as the electric element burned through the seat leatherCredit: INS

The property developer was waiting for his wife outside Sainsbury’s when he leaped up and saw the electric element had burned through his seat leather.

The motorist is now calling for BMW to investigate all its cars – after The Sun previously told how another driver suffered a burned behind in his beemer.

“I was just waiting outside Sainsbury’s and I was suddenly conscious my back was getting very hot.

“It was just a little bit above my right buttock. I got out of the car and wondered what the hell was going on.

“All of sudden there was all this smoke and a pain in my behind. I couldn’t believe it.

‘IT COULD BE LETHAL’

“There was a bit of smoke and a hole so I turned off the engine. I haven’t switched the heated seat on since.”

He added: “The fact that I was parked meant I could get out and sort it without any more major problems.

“The concern is that if one was driving on a motorway, particularly one of these new smart motorways, there is no place to pull in.

“If you were wearing synthetic clothes, the fire could accelerate into something much more serious. It could be lethal. Who knows what might happen?”

David was at Sainsbury’s in Warlingham, Surrey, with wife Claire, 61, on March 5 this year, when the fire broke out.

He took the car to BMW who discovered the blaze was a result of a short circuit. 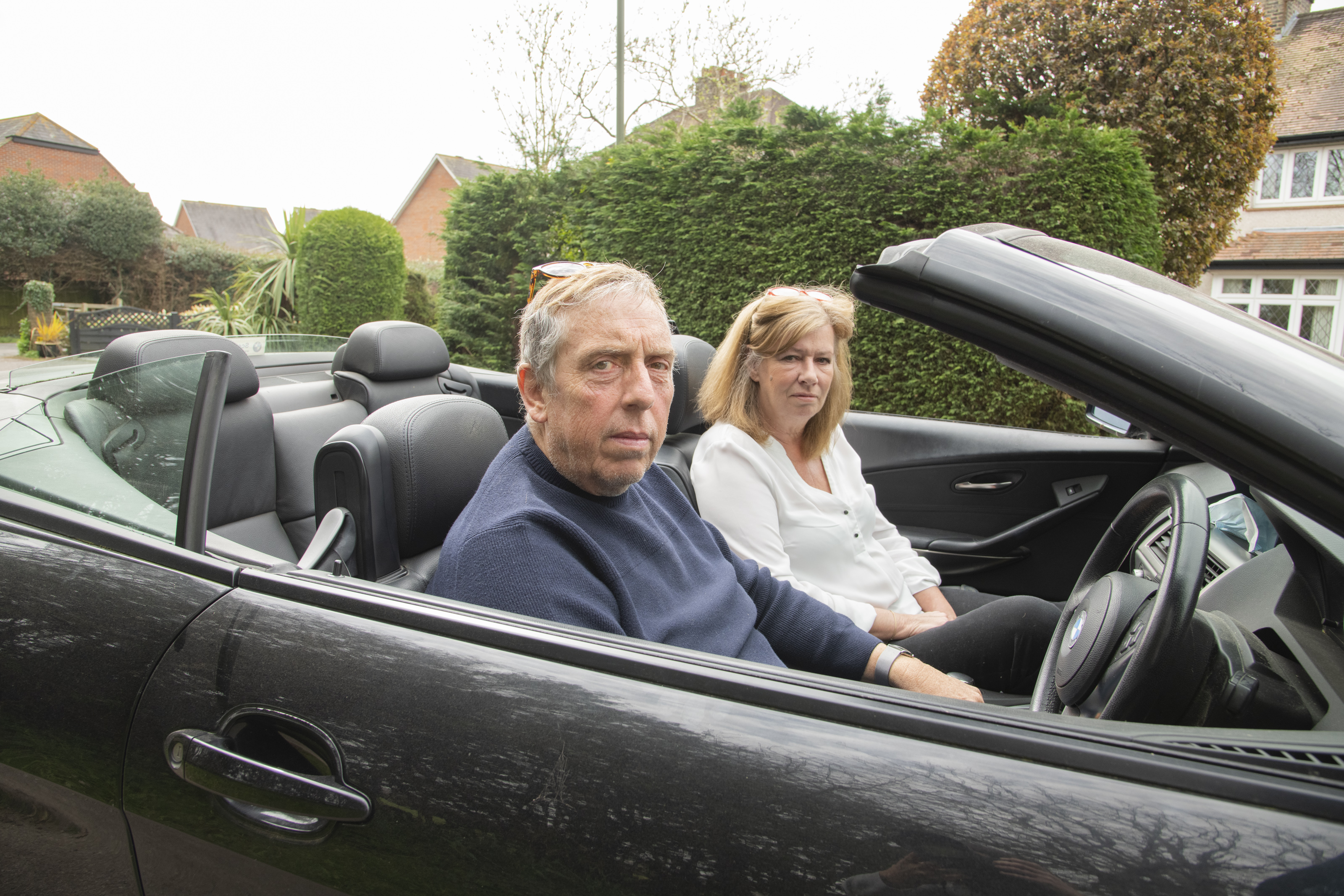 David wants BMW to investigate all its carsCredit: INS 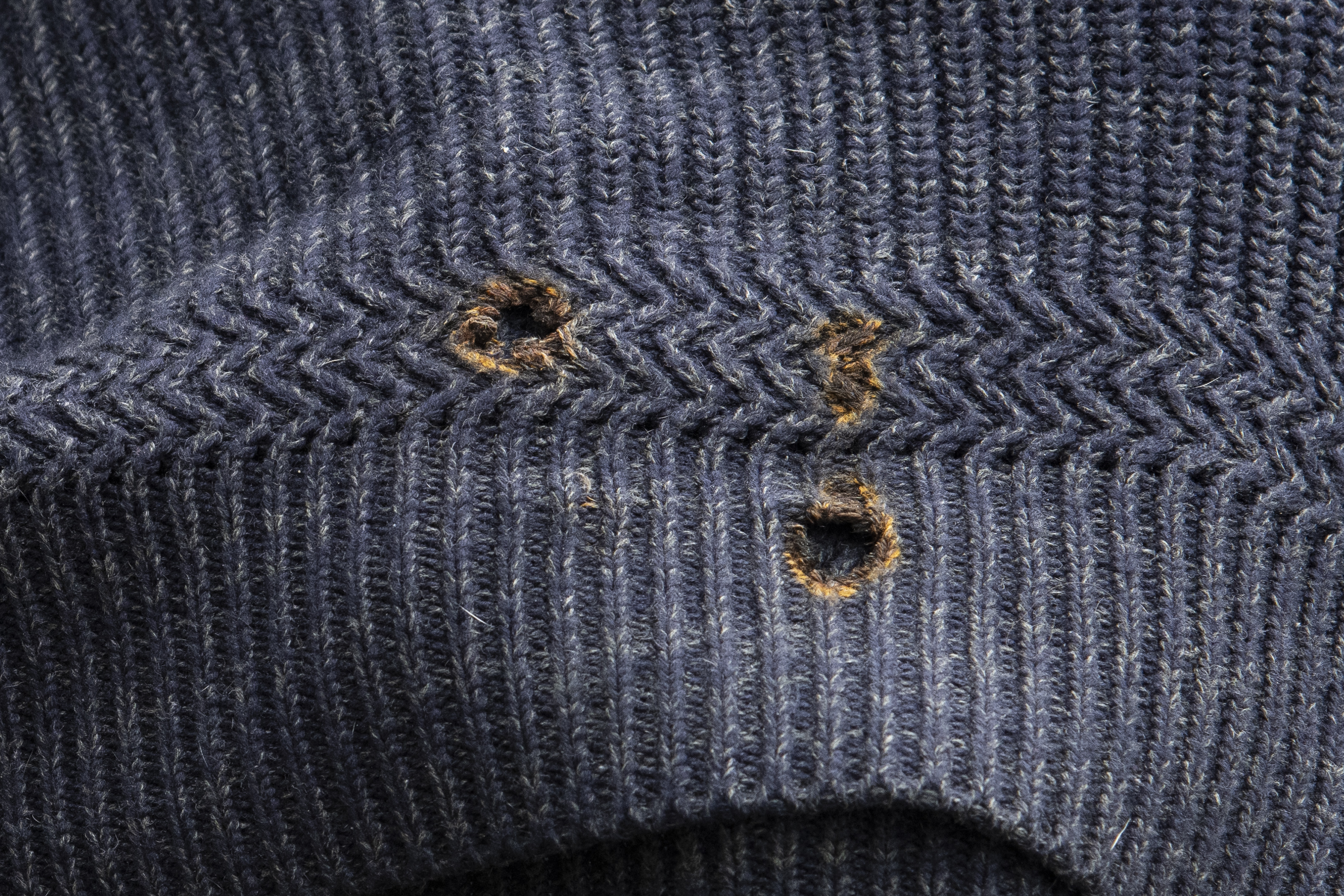 The heated seat burned a hole in the bottom of his jumperCredit: INS

It comes after we told how Ben Peeler, 25, was driving to Burger King in his BMW X3 when it burned his bum in Stourbridge, West Midlands, last March (2020)

David blasted: “This has happened with BMW cars before. They told the owner of one that it was a cigarette burn.

“He told them he didn’t smoke – just like me – but they have done nothing about it. There is obviously some sort of design fault.”

A BMW spokesman said: “BMW offers a comprehensive, full three-year warranty on all new cars sold in the UK. 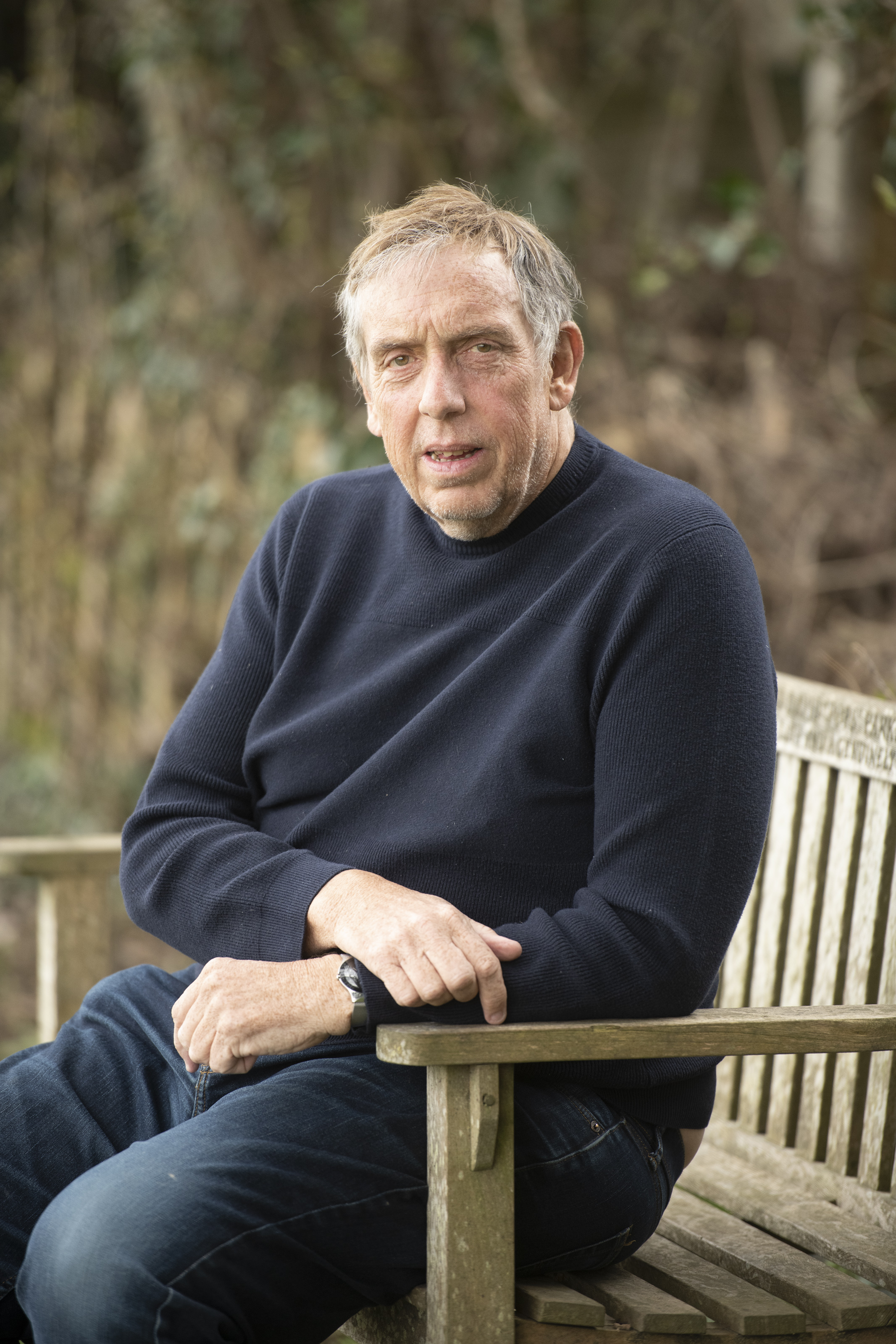 David was parked at Sainsbury’s in Warlingham, SurreyCredit: INS

“The vehicle in this case is more than 14 years old and well outside its warranty period.

“There is no known manufacturing defect and the vehicle warranty does not cover wear and tear, which is the likely cause of this fault due to the age of the vehicle.

“However, we recognise this must have been an unpleasant experience and as a gesture of goodwill, BMW UK has offered to cover the initial diagnosis fee in full via the customer’s chosen BMW retailer.”

Games Inbox: What is the best ever PC mod?