WALES made the perfect start to their Six Nations campaign after coming from behind to beat 14-man Ireland 21-16 in Cardiff.

After trailing early on through two Leigh Halfpenny penalties, Andy Farrell’s side’s problems were compounded by the sending off of Peter O’Mahony. 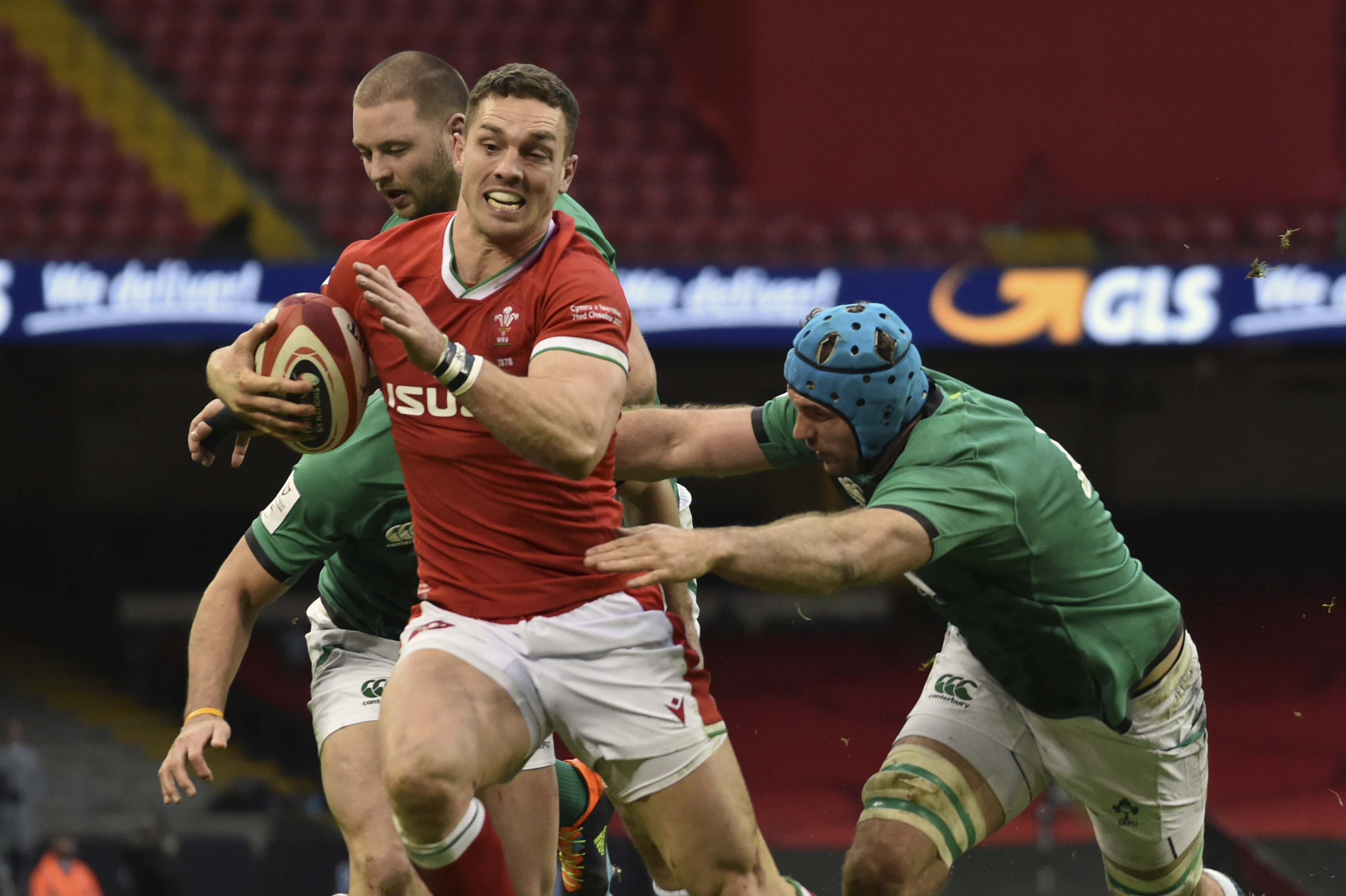 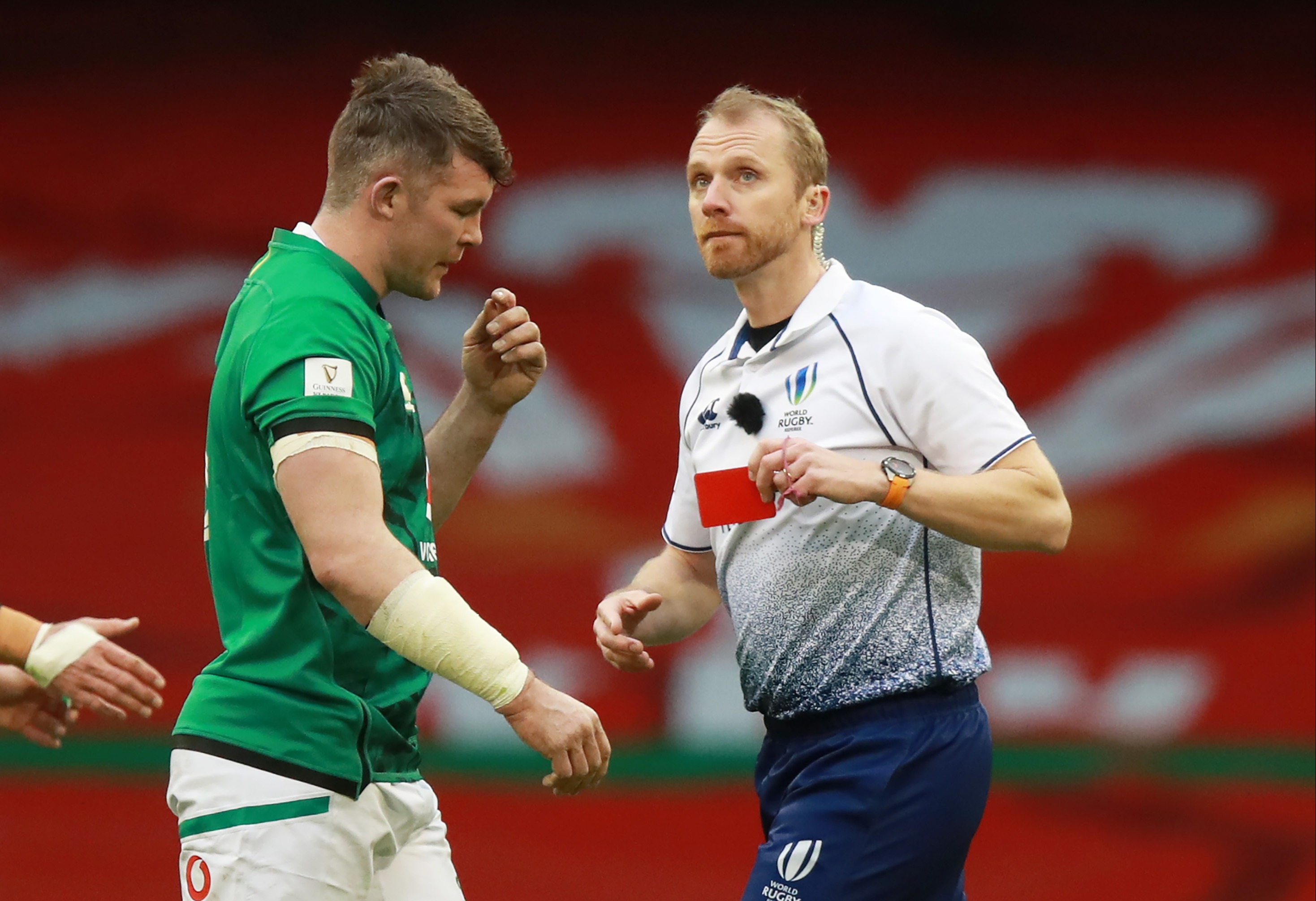 Peter O’Mahony was sent off early by the TMOCredit: Getty Images – Getty

The flanker lead with his elbow as he clattered into the head of Tomas Francis, leading to his dismissal in just the 14th minute.

But Ireland showed no signs of disappointment as two Jonny Sexton penalties were coupled with a try from Tadhg Beirne to give the visitors a 13-6 lead at the break.

After the break though the extra man began to tell as Wales seized control of the match.

Nine minutes into the second half George North’s lovely dummy fooled the Irish defence as he burst through to reduce the gap to just two points.

And then as the match approached the hour mark 20-year-old Louis Rees-Zammit – who was making his first Six Nations start – went over and Halfpenny converted to make the score 18-13.

Another penalty for Wayne Pivac’s side widened the gap further with 14 minutes remaining.

But Ireland refused to give up the match as replacement fly-half Billy Burns kicked a successful penalty eight minutes from time to give them hope. 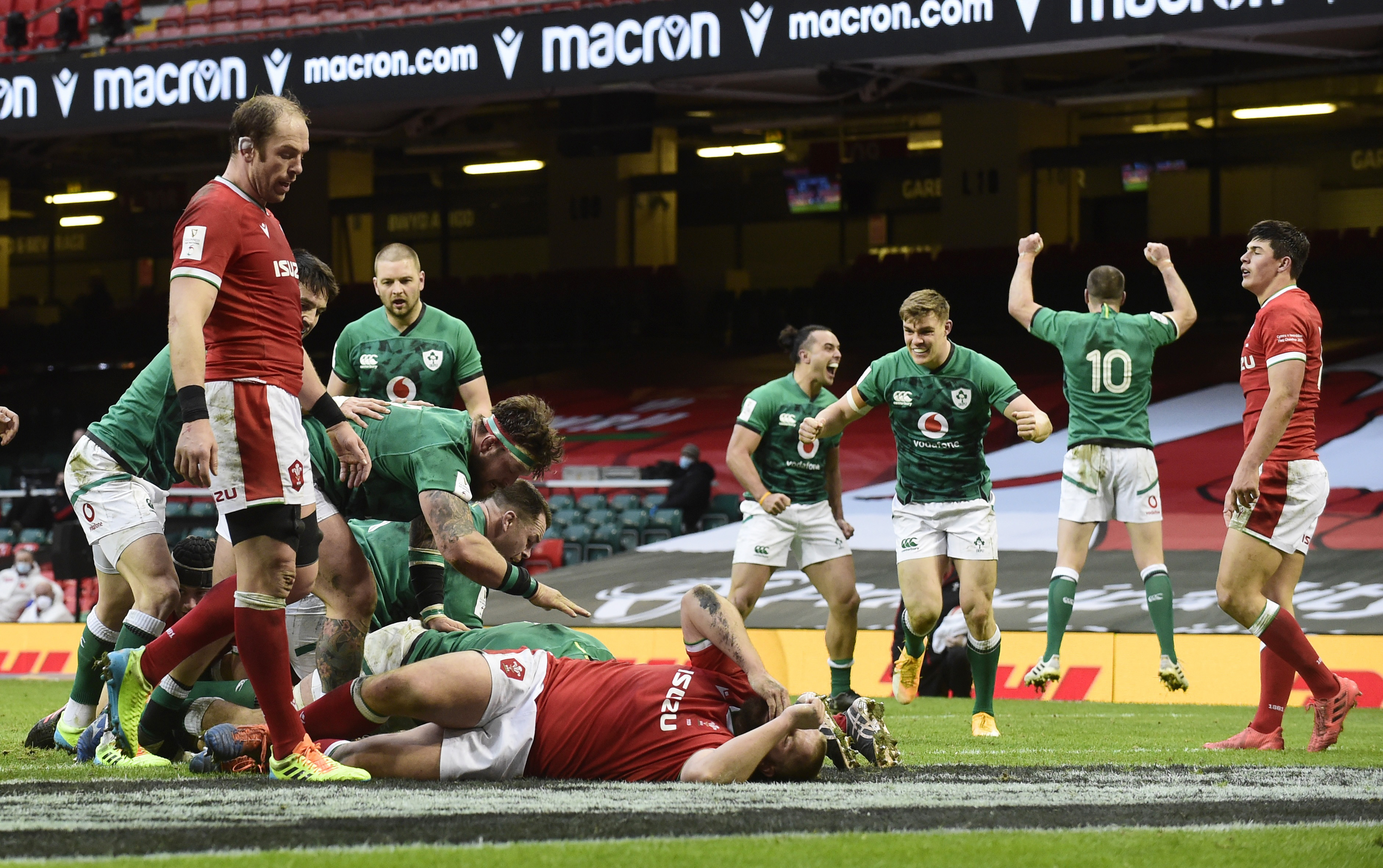 Beirne gave Ireland the lead at half-time despite being one man downCredit: Reuters 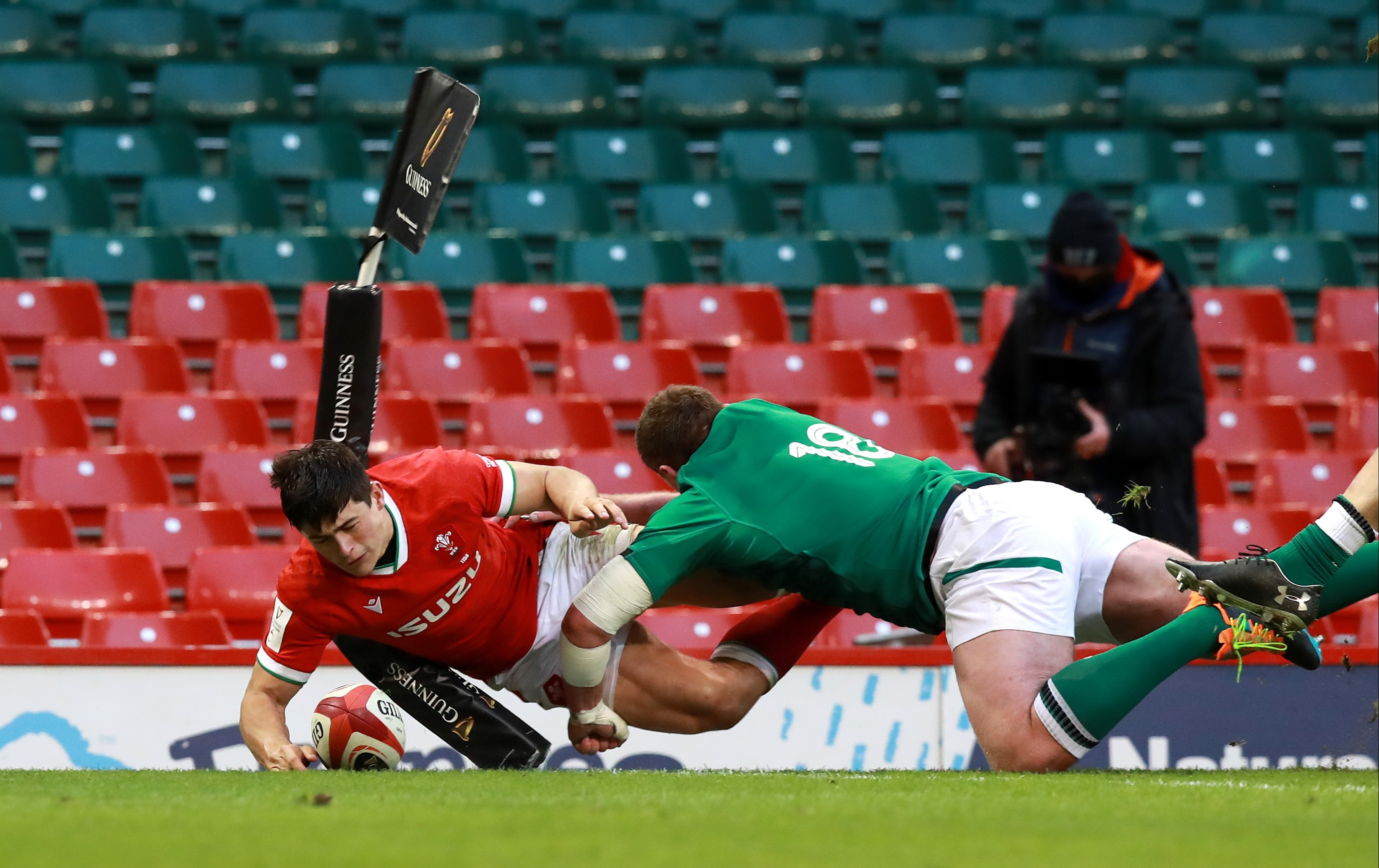 Youngster Rees-Zammit scored what turned out to be the crucial tryCredit: Getty Images – Getty 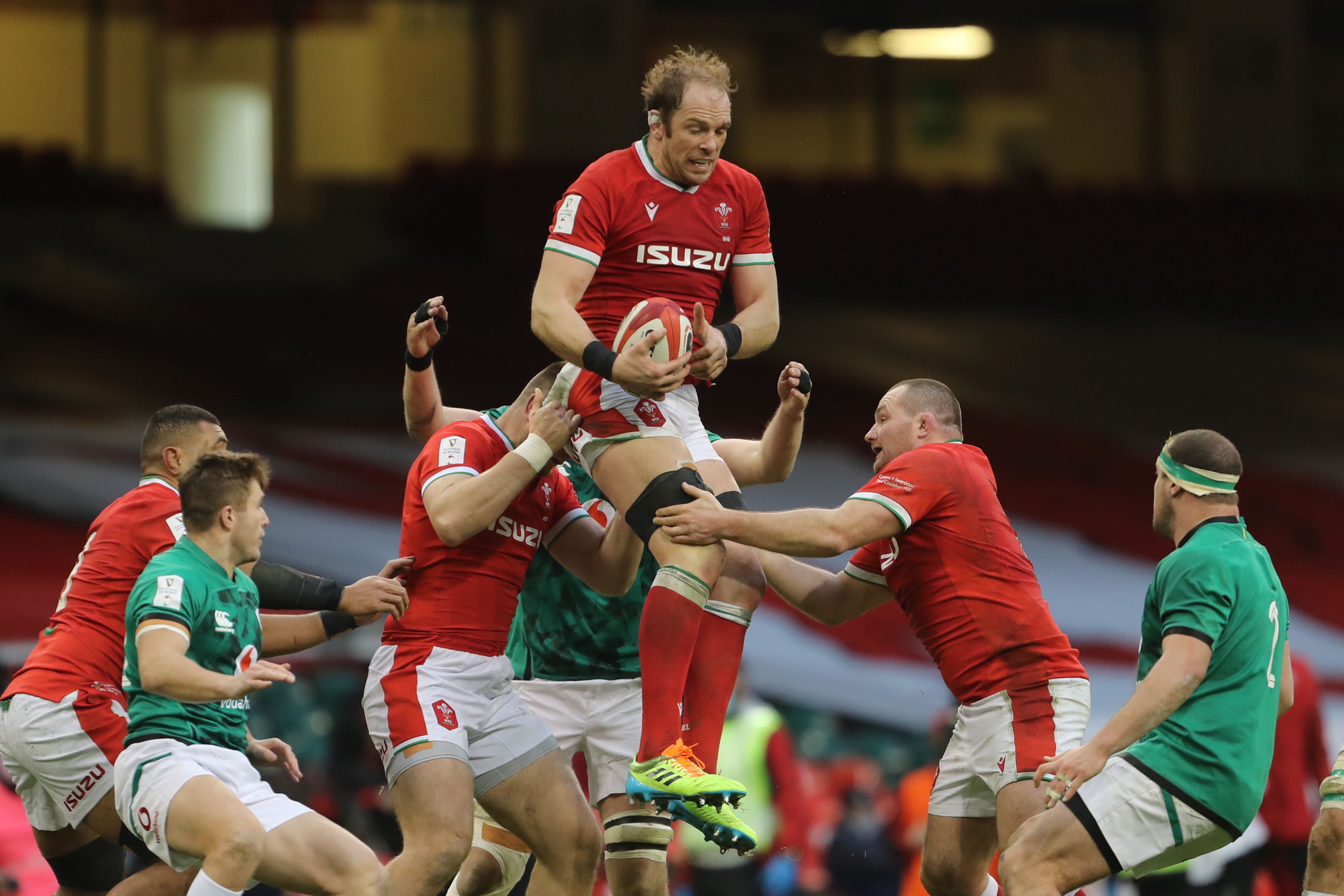 Yet it was not enough as Wales held off late Irish pressure to begin their Six Nations charge with victory.

Dragons legend Alun Wyn Jones produced a man of the match display, showing his experience and dogged determination to drive Wales to a huge win over the Irish.

The win has added significance after Six Nations rivals England’s shock defeat to Scotland at Twickenham on Saturday.