DINOSAURS may be history at Sainsbury’s — after it was accused of banning shoppers dressed as them.

A bizarre craze of going out in 7ft prehistoric monster outfits has taken off in lockdown. 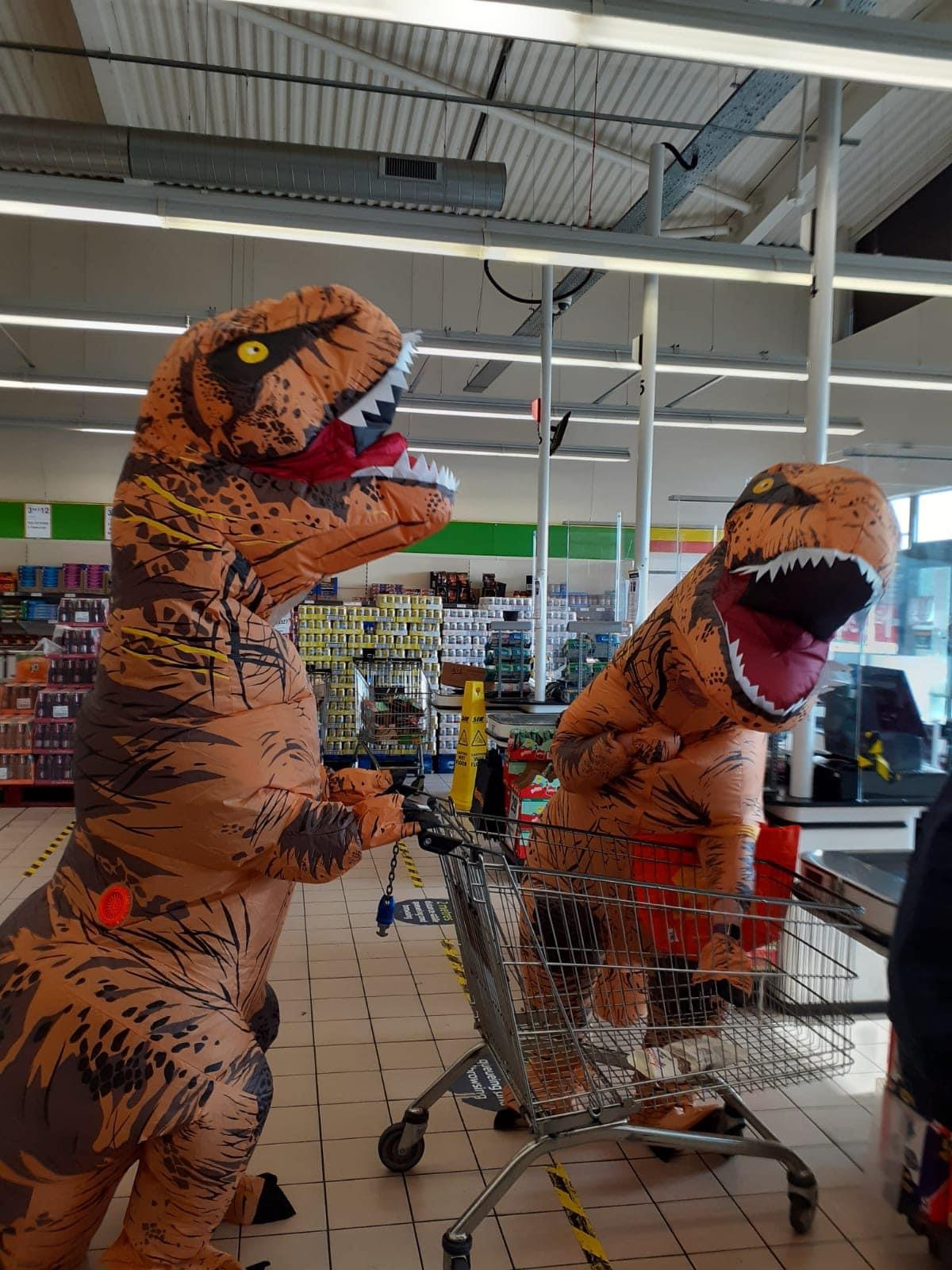 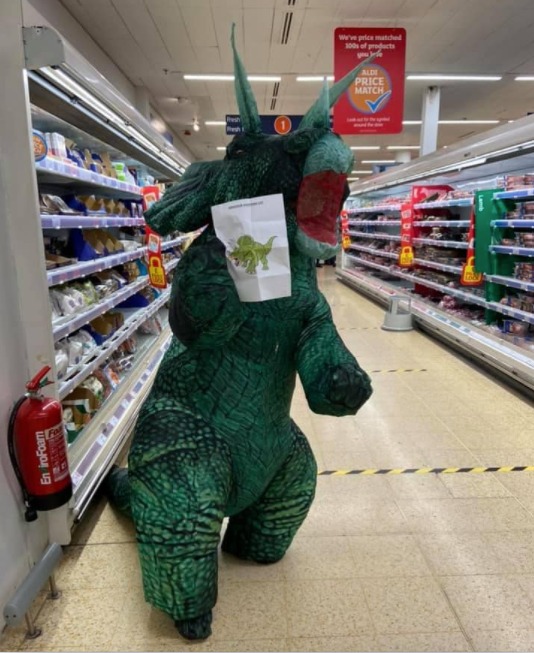 They can pull such crowds cops have ordered them to “undress” to avoid arrest — and some retailers are Jurassic of the sight of them.

Dawn Lapthorn, founder of the group with 5,000-plus members, told how she once met up with three other dinosaurs to the delight of kids but “the police weren’t so happy”.

She added: “But they took it in good spirit and asked us nicely to undress out of the outfits.

“We want to keep within government rules, so all our dinosaurs had to stop stating on our site where they would be.

“But I’m still bumping into dinosaurs around town just by chance.” 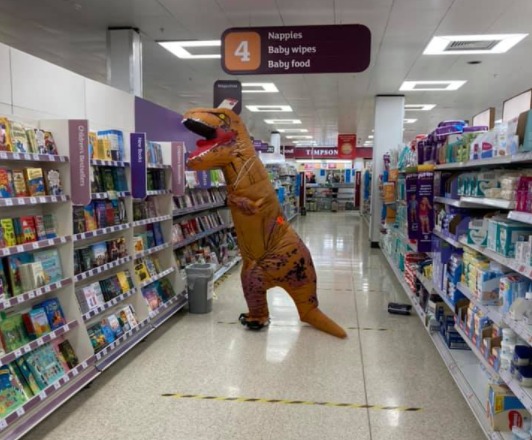 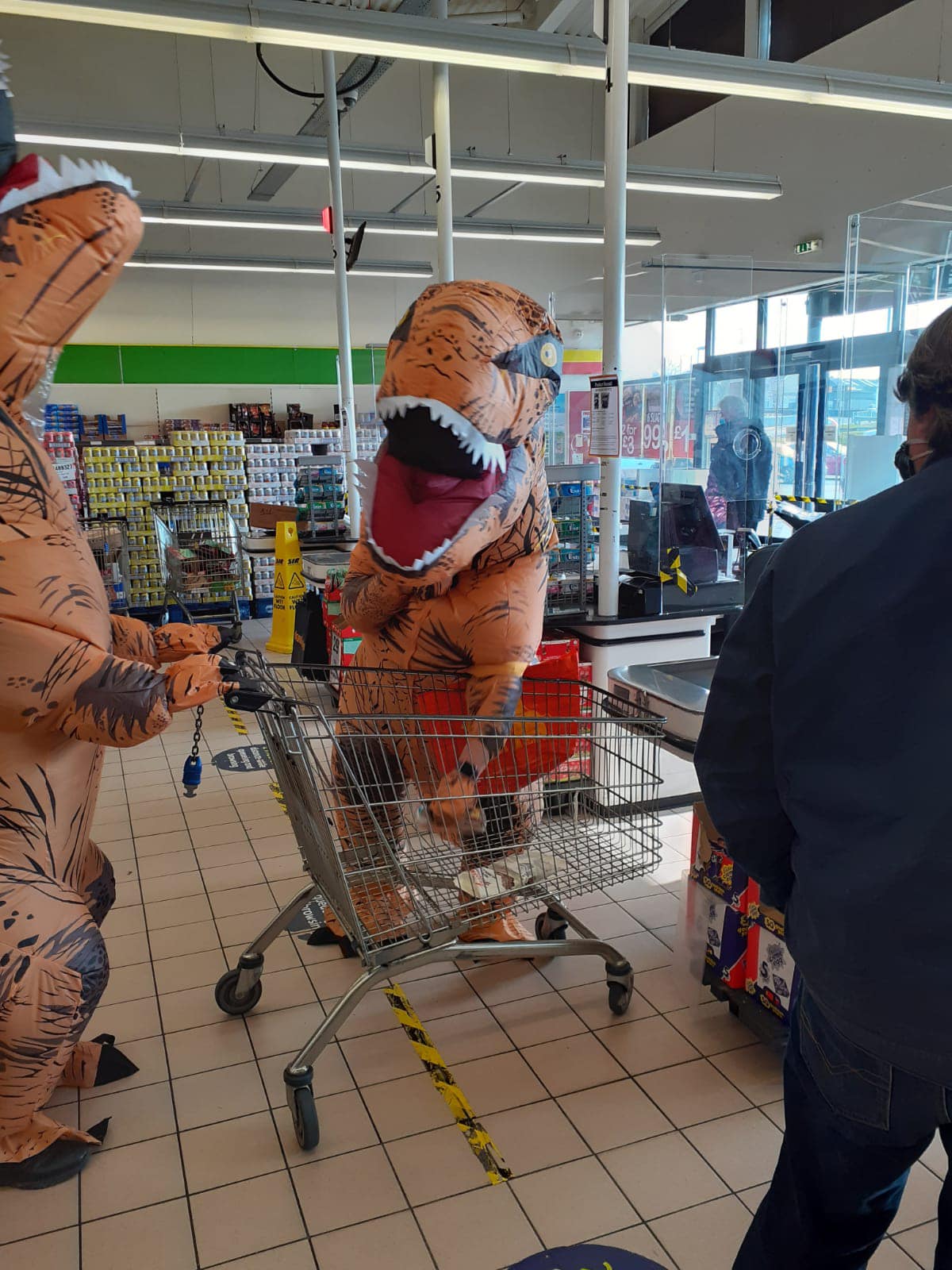 A police spokesman said: “Meeting up with another person dressed as a dinosaur and social distancing is within the rules.

Sainsbury’s deny any dino dress ban although cops are aware some supermarkets have refused entry.

Boy with autism, 11, arrested for ‘poking classmate with pencil’