A GUNMAN shot a cop several times after she pleaded with him to put down his weapon, witnesses claimed.

A series of shootings hit Denver and Lakewood, Colorado on Monday, leaving at least five dead and three injured.

Armed police were pictured entering stores as a precaution after a series of shootings hit Denver and Lakewood, Colorado on MondayCredit: Reuters 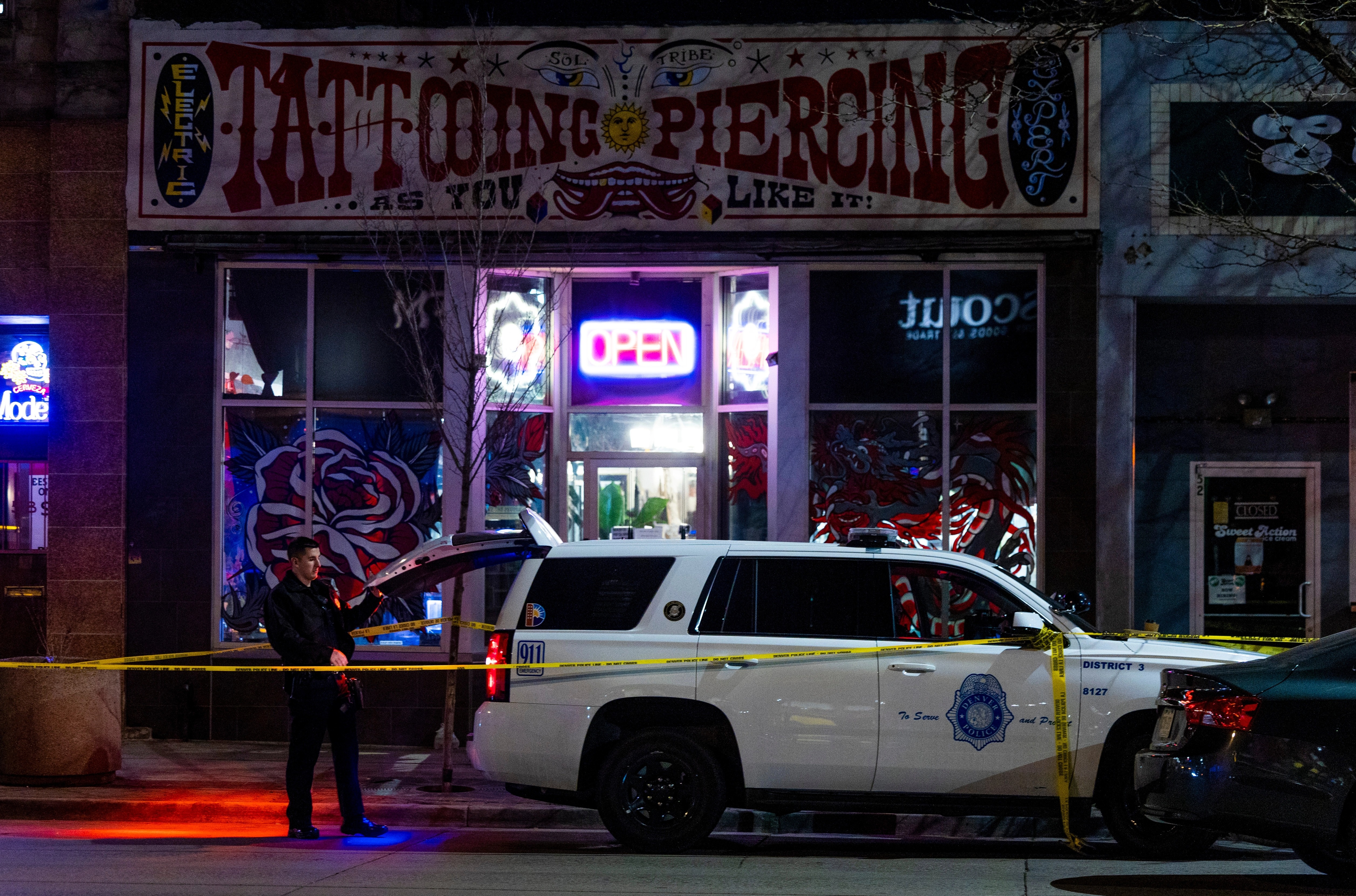 Five people are dead, according to policeCredit: Getty

The gunman fatally killed two women and a man in two separate shootings before exchanging fire with cops, according to the Denver Post.

He gunned down another in Lakewood before allegedly shooting a clerk inside the Hyatt House hotel.

An officer was shot moments later as the suspect allegedly tried to flee. The cop is in surgery, according to police.

Witnesses told Fox31: “We seen (sic) the guy: he was a tall man, blond hair, with a trench coat.

“She yelled at him to ‘put his gun down!’ She yelled, ‘put your gun down’ and he turned around and, like, pulled up the gun and shot her right in front of us, multiple times.”

The suspect was pronounced dead at the scene. It’s not known if he died from officers’ gunfire.

Lakewood Police Department spokesman John Romero said: “Still unsure exactly if it was by Lakewood police or not but he was then pronounced dead at the scene.”

He added: “It’s a tough day for the Lakewood Police family, obviously when this happens to one of our own.

“We just ask everyone in our community for their thoughts and prayers, for that agent and their family.”

Four people were gunned down before shots were exchanged between the suspect and cops.

Authorities have branded the spate of shootings as a “killing spree”.

Two people were gunned down near the intersection of East 1st Avenue and Broadway just after 5pm in Denver.

A man was shot dead in the Cheeseman Park neighborhood before one person was gunned down in Lakewood.

SWAT teams entered the nearby Nordstrom Rack store at around 10pm local time as officers checked buildings as a precaution.

Denver Police have confirmed that the shootings are connected, but officers are not sure how the incidents were linked.

Police Chief Paul Pazen said: “To see this type of spree take place is not normal in our community.

“This one individual was responsible for this very violent crime spree that took place this evening.”

One woman was in an Xfinity store when she heard a “popping” noise outside.

She told CBS4: “It was like one shot and then maybe five or six more and a couple more after that.”

The woman added that staff in Xfinity ushered shoppers to the backroom.

Lili Gilbert, 18, was working at the Nordstrom Rack store when the shooting occurred.

Police told employees to lock the doors as customers and staff huddled together in the back of the store, according to USA Today.

A Twitter user said: “Was just at the Lakewood Belmar right in the Target parking lot as a bunch of shots rang out.

“Friend and I were sitting in our car, hear two distinct like bursts of gunshots and immediately start pulling away. Cop ran towards us waving a gun or taser and told us to get out.”

Cops confirmed there is no threat to the community and the motive for the shootings remains unknown.

No arrests have been made, according to officers.

Pazen said: “We need to really dig and find out what the motivation behind this was.”

Romero added: “At this point, we do not believe there is any additional safety concern to the public.” 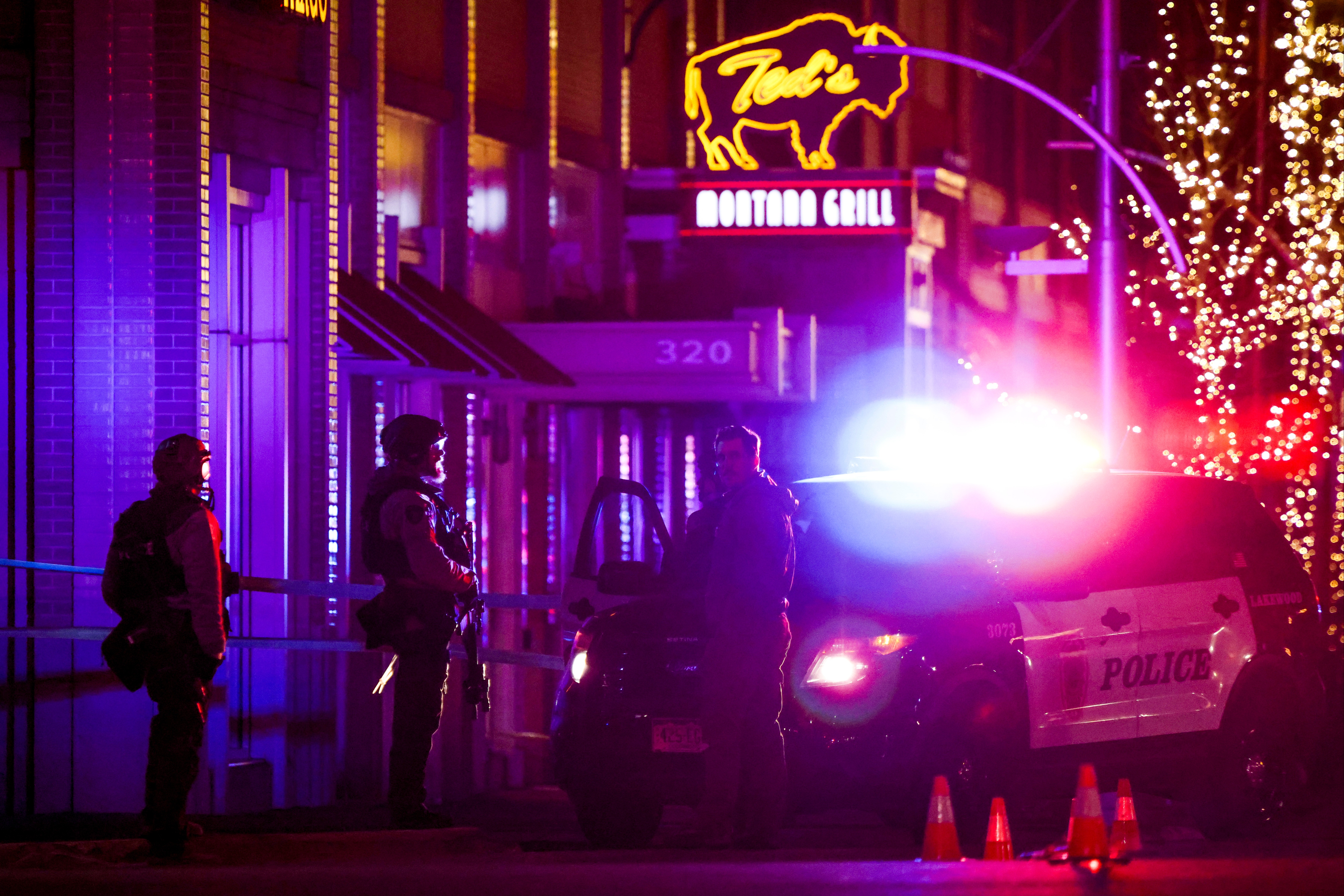