A DELIVERY driver has been branded a ‘Karen’ after complaining a £6 tip was too low – and then walking away with a customer’s food after they refused to pay her extra.

Door camera footage has captured the incredible exchange, in New York, which left a bloke without his dinner. 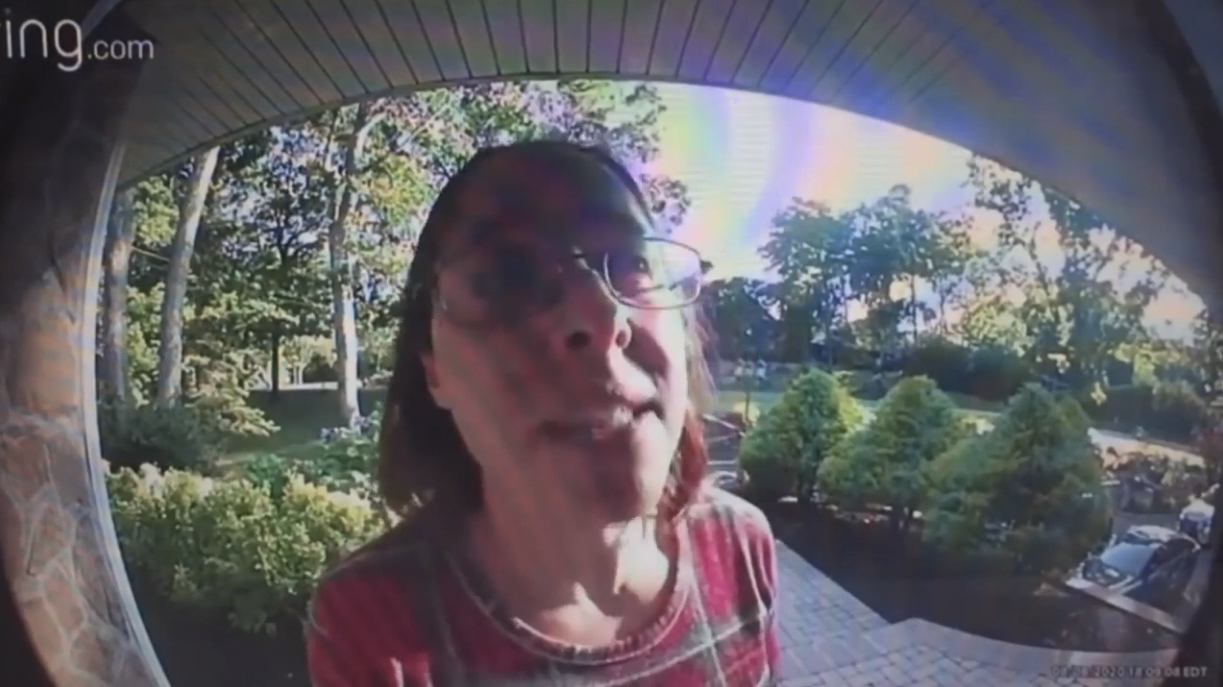 A delivery driver was caught on camera arguing with a customer Credit: YouTube/ DriverMan

A YouTube page shared the clip, reportedly from a DoorDash driver, who rings a bloke’s bell to let him know the food has arrived.

He thanks her and asks if she can leave it on the porch, but she keeps ringing the bell claiming she needs to chat to him.

Puzzled, he asks her: “Where what’s coming from?” 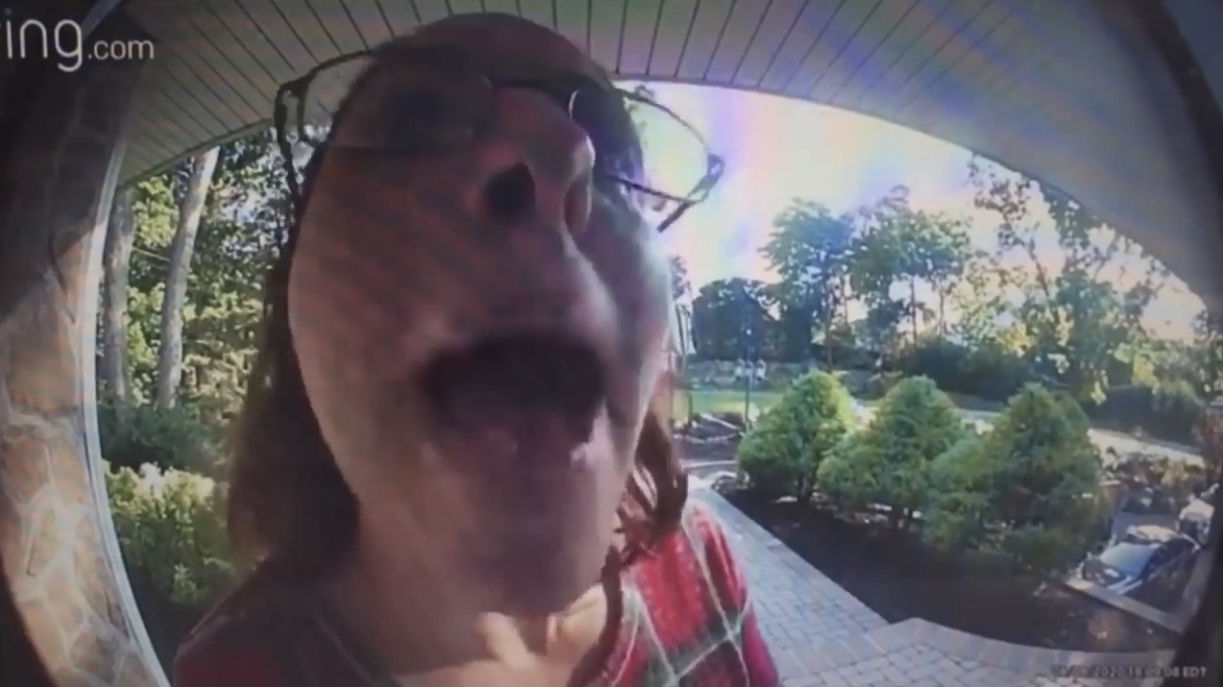 She complained the £6 he’d given was too low and wanted more Credit: YouTube/ DriverMan

She replies: “Where the food you ordered is coming from, I don’t think you realise the distance that it’s come from, because then you would never, have given what you gave.

“So I think you can see me face to face.”

Clearly confused, the man keeps asking her what the problem is – before soon realising she’s complaining about money.

She keeps demanding more money, saying: “I drove 40 minutes and it was extremely far, and I got it to you early.

“I don’t think you realise where you ordered it from.”

The bloke is at a loss, telling her the drive between the restaurant and his house – in Smithtown and Commack – should have only taken her 15 minutes.

He tells her she shouldn’t have picked up the order if it was that far, but she tried to defend herself and claim that she didn’t know the drop-off until she’d accepted the order. 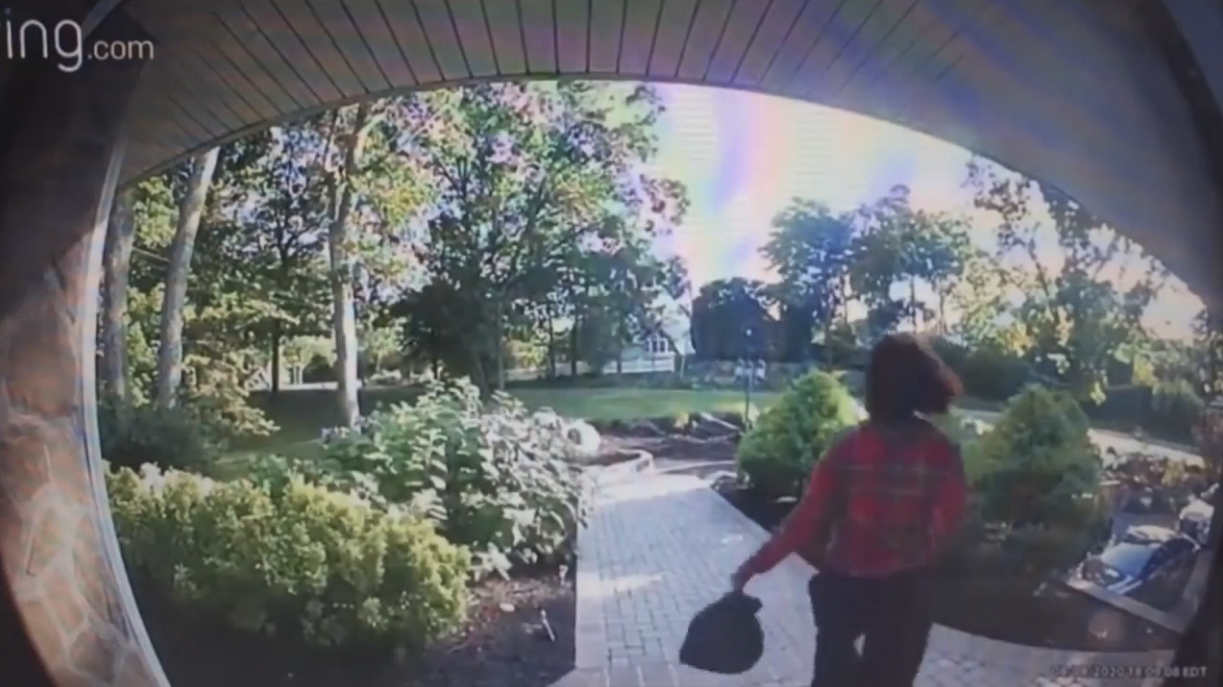 Shockingly she takes away the food after the bloke refuses to pay up Credit: YouTube/ DriverMan

“I think you need to adjust your tip to make it right,” she says bluntly.

Furious, the bloke raged: “What the hell are you looking for? I gave an $8 tip.”

But she cuts him off and simply says “I’m going to bring the food back,” before picking up his delivery and walking off with it.

The man is in shock, and can be heard swearing as she walks down the drive, complaining about the amount of time it took her.

More than 500,000 commented on the clip branded the woman a ‘Karen’

Commenting online, one person said: “I’m confused she wants a bigger tip after his food sat on a car for 40 min?? Thats cold by now….”

Another wrote: “Restaurant is not taking that food back. Hope he gets refunded.”

A third thought: “When did DoorDash start delivering Karens?”

This person reckoned: “Why is she complaining about an $8 tip when she took 40 minutes to finish a 12 minute drive?”

Fabulous Digital has reached out to DoorDash for a comment.

While this mum bags £867 worth of groceries for just £26 thanks to coupons – & it takes her NINE hours to pack her shopping.

And this bloke who craves McDonald’s shares his hack to make a ‘healthy’ Big Mac salad – but people aren’t convinced.

Plus this mum-of-10 spends $1k on huge shopping haul which feeds her family for a month including 180 eggs & 16 loaves of bread.