Breakfast of champions? Danielle Fishel’s husband, Jensen Karp, made headlines after he found shrimp tails in a box of Cinnamon Toast Crunch cereal on Monday, March 22.

“Ummmm @CTCSquares – why are there shrimp tails in my cereal? (This is not a bit),” the 41-year-old captioned a Twitter photo of the cereal alongside two shrimp tail shells.

Ummmm @CTCSquares – why are there shrimp tails in my cereal? (This is not a bit) pic.twitter.com/tTjiAdrnVp

The company’s Twitter account was quick to reply, writing, “We’re sorry to see what you found! We would like to report this to our quality team and replace the box. Can you please send us a DM to collect more details? Thanks!”

The “Talk Ain’t Cheap” podcast host, however, was not content with the answer and wanted more information on how shellfish could end up in a box of sugary cereal. 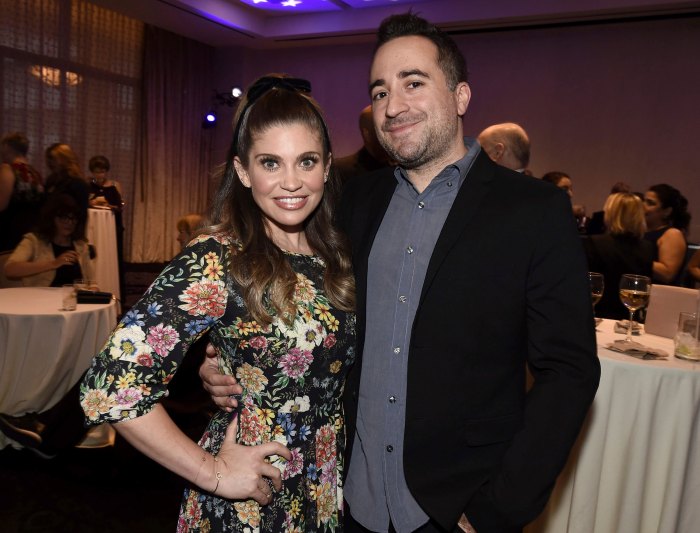 Danielle Fishel and Jensen Karp at the 2018 American Humane Hero Dog Awards at The Beverly Hilton in Beverly Hills on September 29, 2018. Dan Steinberg/Invision/AP/Shutterstock

“Alright, I’m looping in @GeneralMills because I’m genuinely nervous I will never eat (or sleep) again without answers,” Karp tweeted on Monday.

The brand later released a statement via social media that read, “After further investigation with our team that closely examined the image, it appears to be an accumulation of the cinnamon sugar that sometimes can occur when ingredients aren’t thoroughly blended. We assure you that there’s no possibility of cross contamination with shrimp.”

Karp, who shares 21-month-old son Adler with the 39-year-old Boy Meets World alum, did not let it go after discovering black bits stuck to some of the cereal pieces and at the bottom of the container.

“After further investigation with my eyes, these are cinnamon coated SHRIMP TAILS, you weirdos. I wasn’t at all that mad until you now tried to gaslight me?” he tweeted.

Ok, we’ll after further investigation with my eyes, these are cinnamon coated SHRIMP TAILS, you weirdos. I wasn’t all that mad until you now tried to gaslight me? https://t.co/7DmADmoqUt pic.twitter.com/rSLE60pvoy

General Mills released a second statement in response, saying, “While we are still investigating this matter, we can say with confidence that this did not occur at our facility. We are waiting for the consumer to send us the package to investigate further. Any consumers who notice their cereal box or bag has been tampered with, such as the clear tape that was found this this case, should contact us.”

The TV writer and the company then moved the debacle to direct messages, though he continued to update his Twitter followers.

“Okay. So they want me to send them the shrimp tails for a ‘closer look,’” he tweeted. “These are obviously shrimp tails, so I will be keeping one as evidence, as I now feel like Sandra Bullock in The Net.”

After Karp claimed to have discovered “a weird little string” upon further investigation of the bag of cereal, Fishel, whom he said “has a stronger stomach,” decided to look at the “OTHER bag in the family pack.”

“This one seems taped up (?) and also appears to include…(I don’t even want to say it)…dental floss,” he wrote.

I was convinced to go back through the bag, since when I first noticed the shrimp tails, I freaked out and closed the box. Here’s all my findings, which also now includes a weird little string? pic.twitter.com/mRDUhqG3I8

Karp told The New York Times on Tuesday, March 23, that he was taking the cereal “to get tested” as he feared the black bits could be rat feces. He said he called the California Poison Control System, which directed him to a Quest Diagnostics lab for examination. While he is “not considering legal action,” he told the newspaper that he may “have to readdress that” if he “ate rat poop.”

Covid symptoms or hay fever? How to spot the difference as pollen season starts