DANI Dyer has admitted to “crying and having tantrums” as she struggles to get used to her post-baby body. 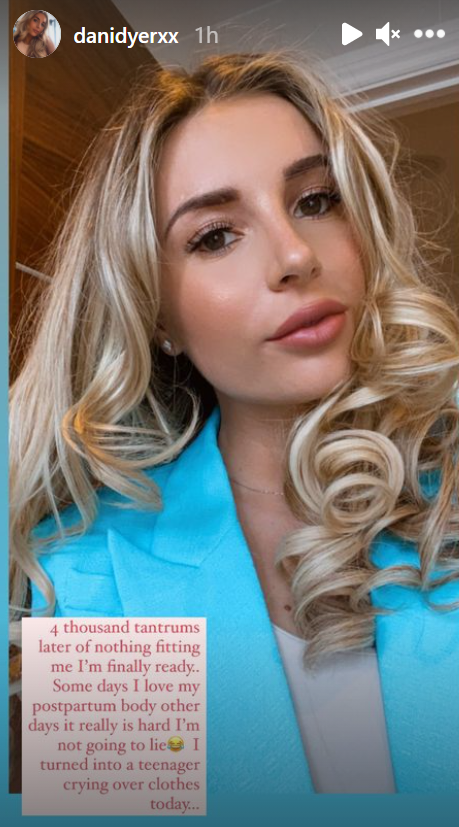 Dani opened up about her post-baby bod on Instagram today

And the new mum bravely opened up about her ongoing battle with her new shape – admitting that some days she “loves” it, but others are “hard”.

“Some days I love my post-partum body, other days it’s really hard, I’m not going to lie.”

Adding a crying-with-laughter emoji, she continued: “I turned into a teenager crying over clothes today…” 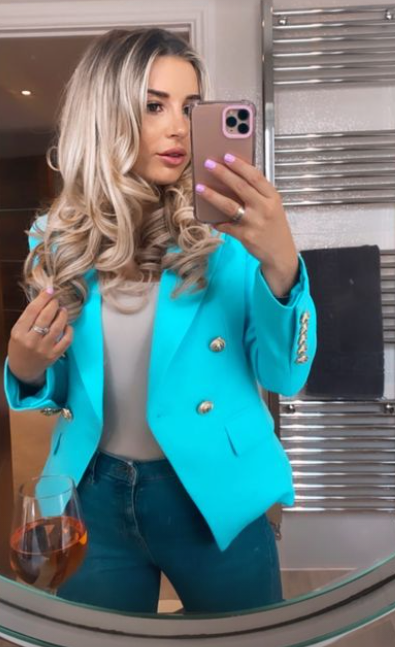 She looked stunning in her final outfit 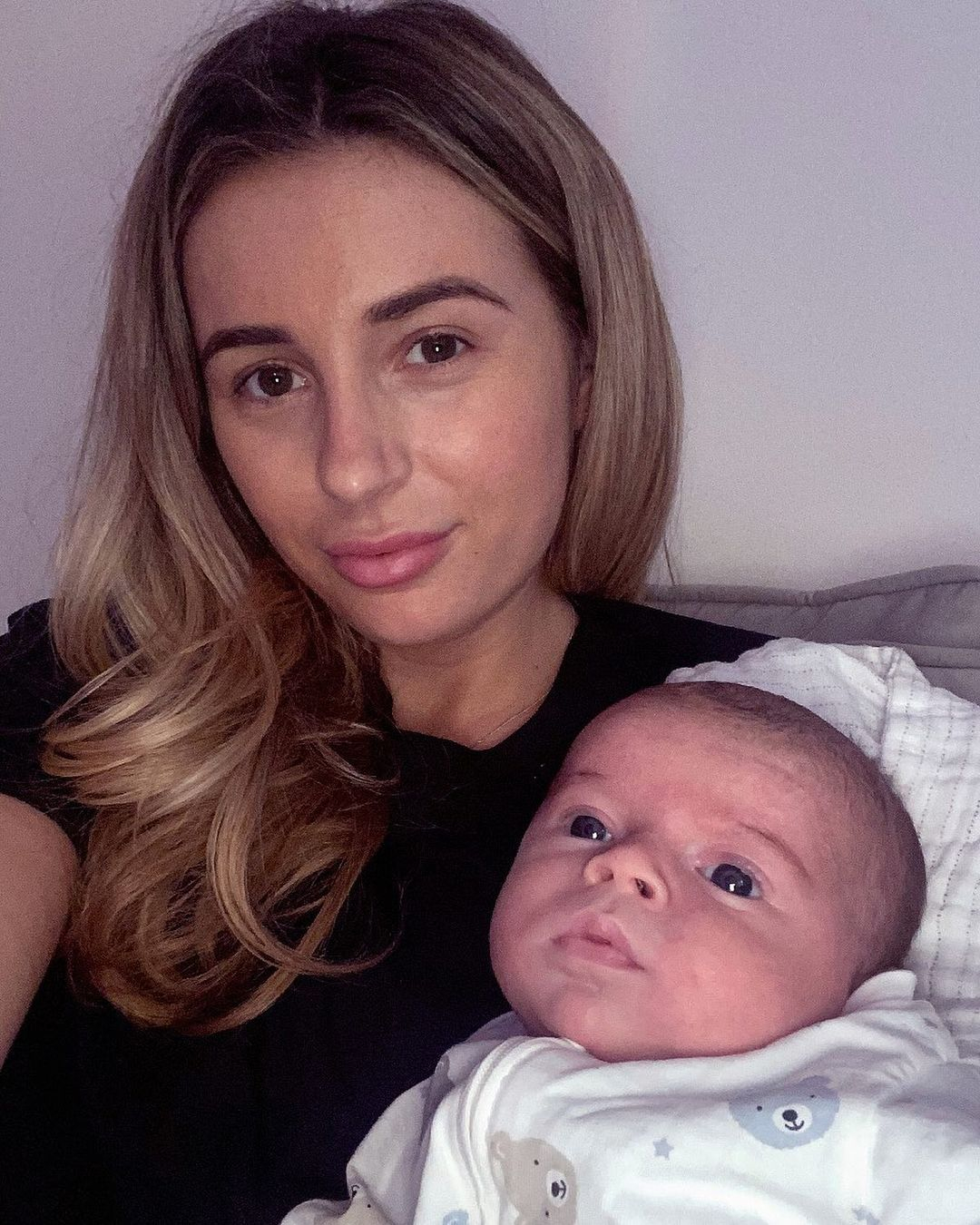 Dani then showed off her gorgeous figure as she posed in the outfit that finally had her feeling herself, which featured a bright blue statement blazer, and fitted jeans.

The star glammed up with her highlighted hair styled into enviable curls, and was glowing as she pouted for the mirror selfie.

The former Love Island champ has been praised by fans for how refreshingly honest she has been as she documents her motherhood journey. 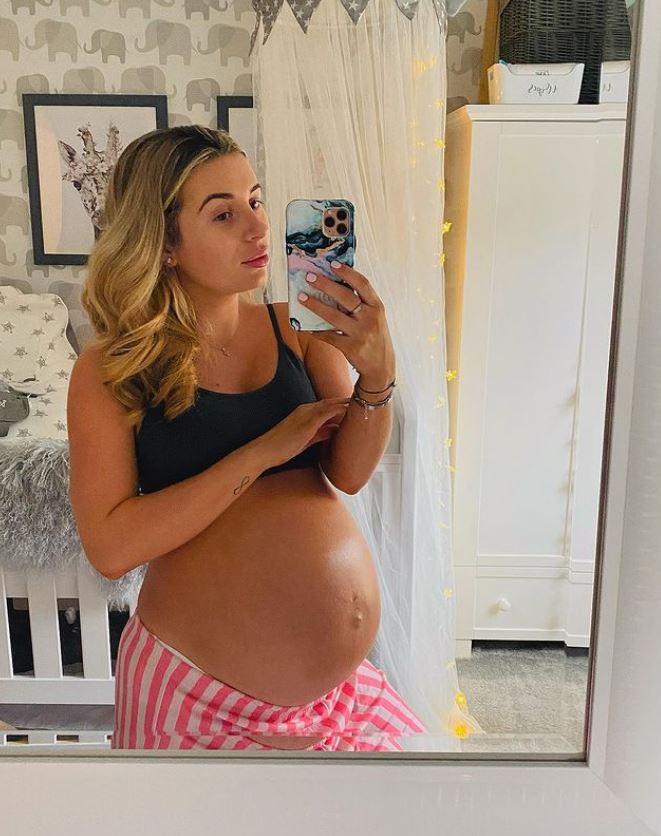 The star’s figure has changed following her pregnancyCredit: Instagram 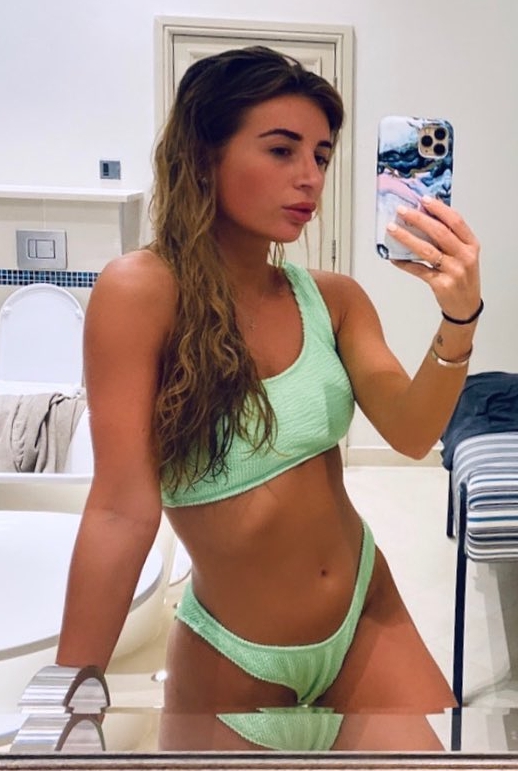 Dani was a trim size eight before becoming a mum

Last month, she spoke out on her weight gain during a fan Q&A, telling one fellow mum: “Honestly none of my clothes fit me. I’m living in leggings and lounge babe, don’t worry.

“I tried to put my size 8 jeans on and they wouldn’t even go over my leg haha.”

And earlier this week, she confessed to being on the verge of tears as she spent a couple of hours away from Santiago as she returned to work.

Dani has also been open about her struggle with sleepless nights, and not being able to complete “simple” jobs since becoming a mum.