TRUMP supporters erected gallows outside the US Capitol on Wednesday as MAGA fans stormed the building to protest and stop the certification of President-elect Joe Biden’s victory.

The wooden structure with an orange rope meant to hang someone stood outside the government building, with supporters of President Donald Trump gathered around it. 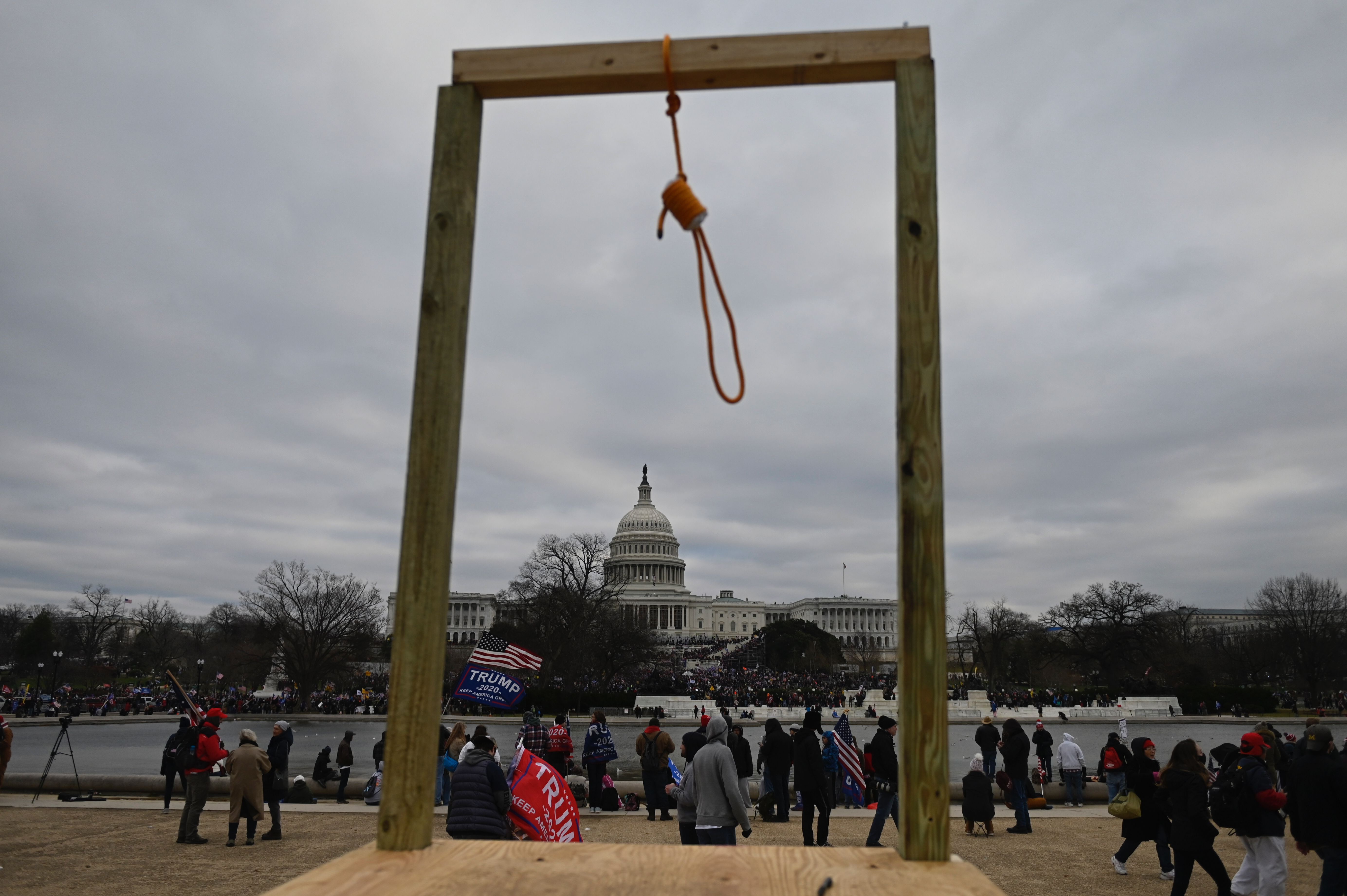 Gallows were erected near the Capitol building on Wednesday Credit: AFP or licensors

Hundreds of Trump fans sieged the Capitol building in chaotic clashes that included a woman being reportedly shot dead.

Lawmakers were trapped inside the building, and Vice President Mike Pence was evacuated.

A recording played inside the Capitol informing lawmakers that due to an “external security threat,” no one could would be allowed to enter or exit the complex.

The National Guard was deployed as officials attempted to take back the building from the protesters, CNN reported. 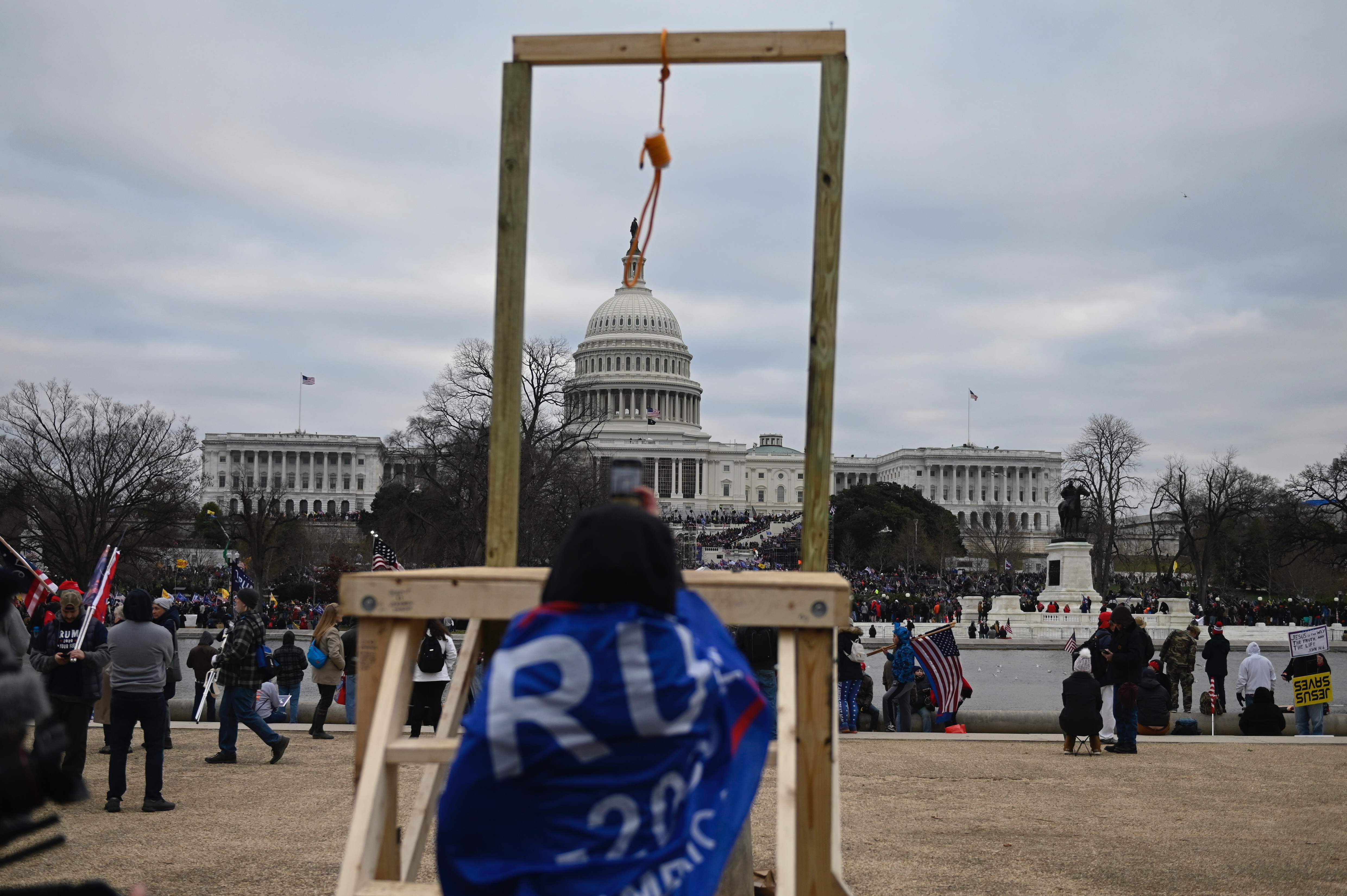 Trump supporters gathered around gallows erected near the CapitolCredit: AFP or licensors

It was not immediately clear when lawmakers would resume counting votes to certify Biden‘s victory.

“I have faced violent hatred before. I was not deterred then, and I will not be deterred now,” the Democrat from South Carolina tweeted.

“Tonight, Congress will continue the business of certifying the electoral college votes.” 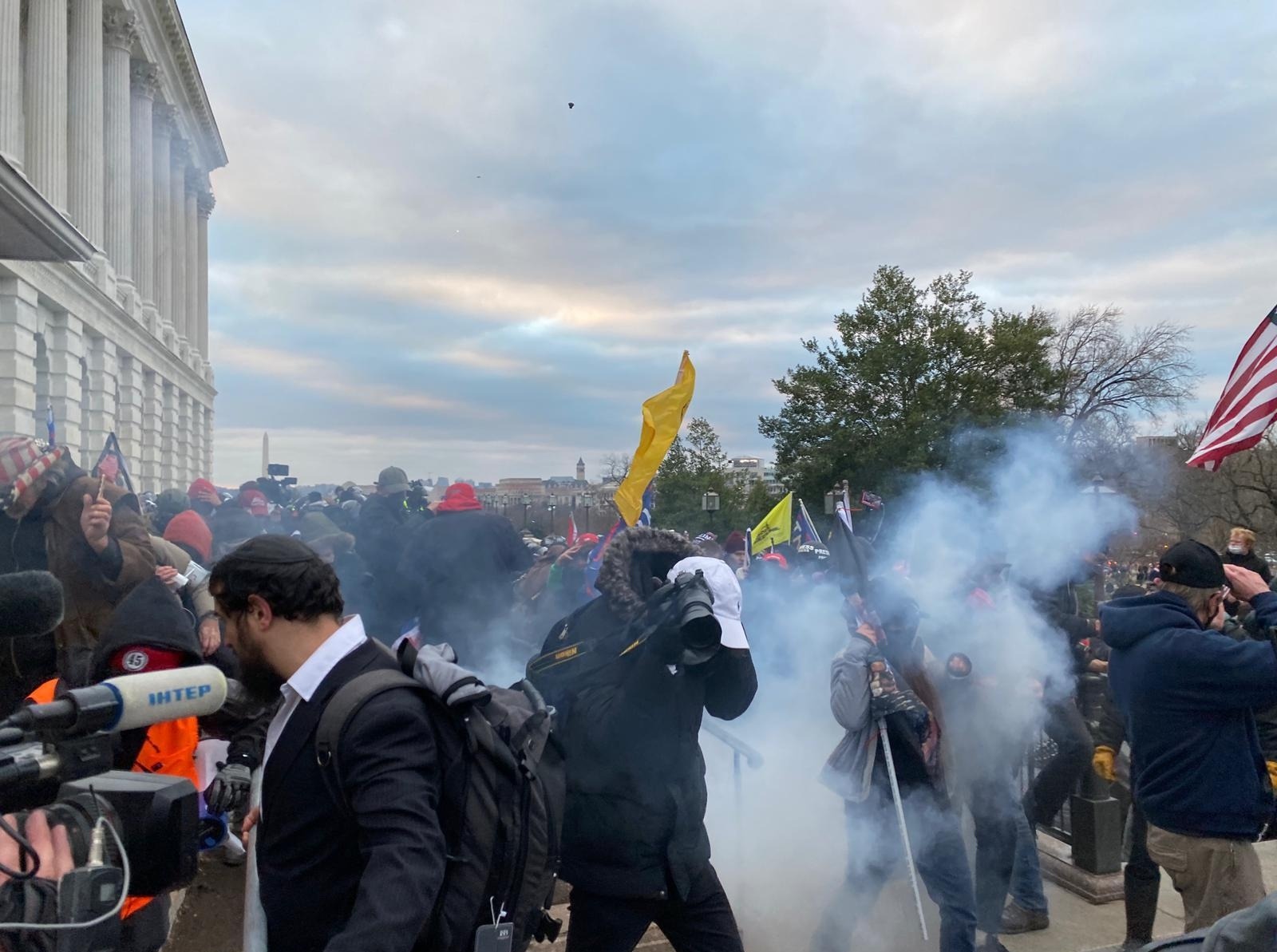 Trump supporters and US Capitol security lashed outside the buildingCredit: Getty Images – Getty

Clyburn added that “this authoritarian menace will not succeed in his attempts to overthrow our democratically elected government,” seemingly referring to President Donald Trump.

Trump on Wednesday continued to call the 2020 presidential election “fraudulent,” giving fuel to his supporters to try to prevent Biden from being certified.

As the afternoon became increasingly violent and reports emerged of bloodshed at the Capitol, Trump made various remarks on Twitter, but did not concede.

In an evening tweet, Trump seemed to blame the violence on the election results. 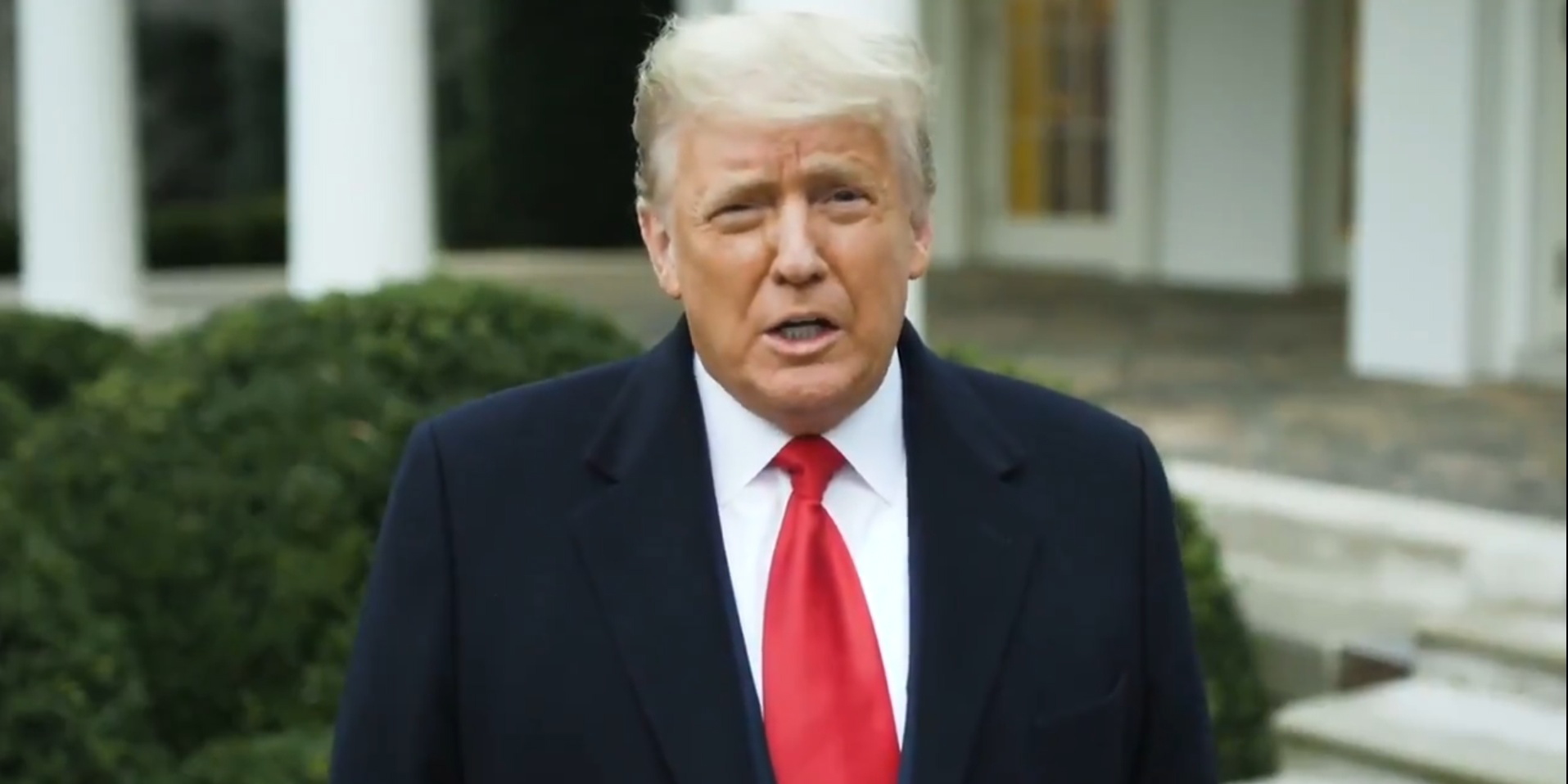 “These are the things and events that happen when a sacred landslide election victory is so unceremoniously & viciously stripped away from great patriots who have been badly & unfairly treated for so long,” Trump tweeted.

“Go home with love & in peace. Remember this day forever!”

Shortly after reports that a woman was shot, Trump shared a roughly minute-long video of himself asking his supporters to go home peacefully.

“I know your pain, I know you’re hurt. We had an election that was stolen from us, it was landslide election and everyone knows it, especially the other side,” Trump said.

EastEnders spoilers: Panic for Sharon as she runs out of pills to drug Ian