FORMER Manchester United full-backs Rafael and Fabio da Silva have revealed they were tempted to the club by none other than Cristiano Ronaldo.

Ronaldo personally called the twins before they signed for Manchester United in January 2008, and convinced them to join the club despite the city’s rainy reputation. 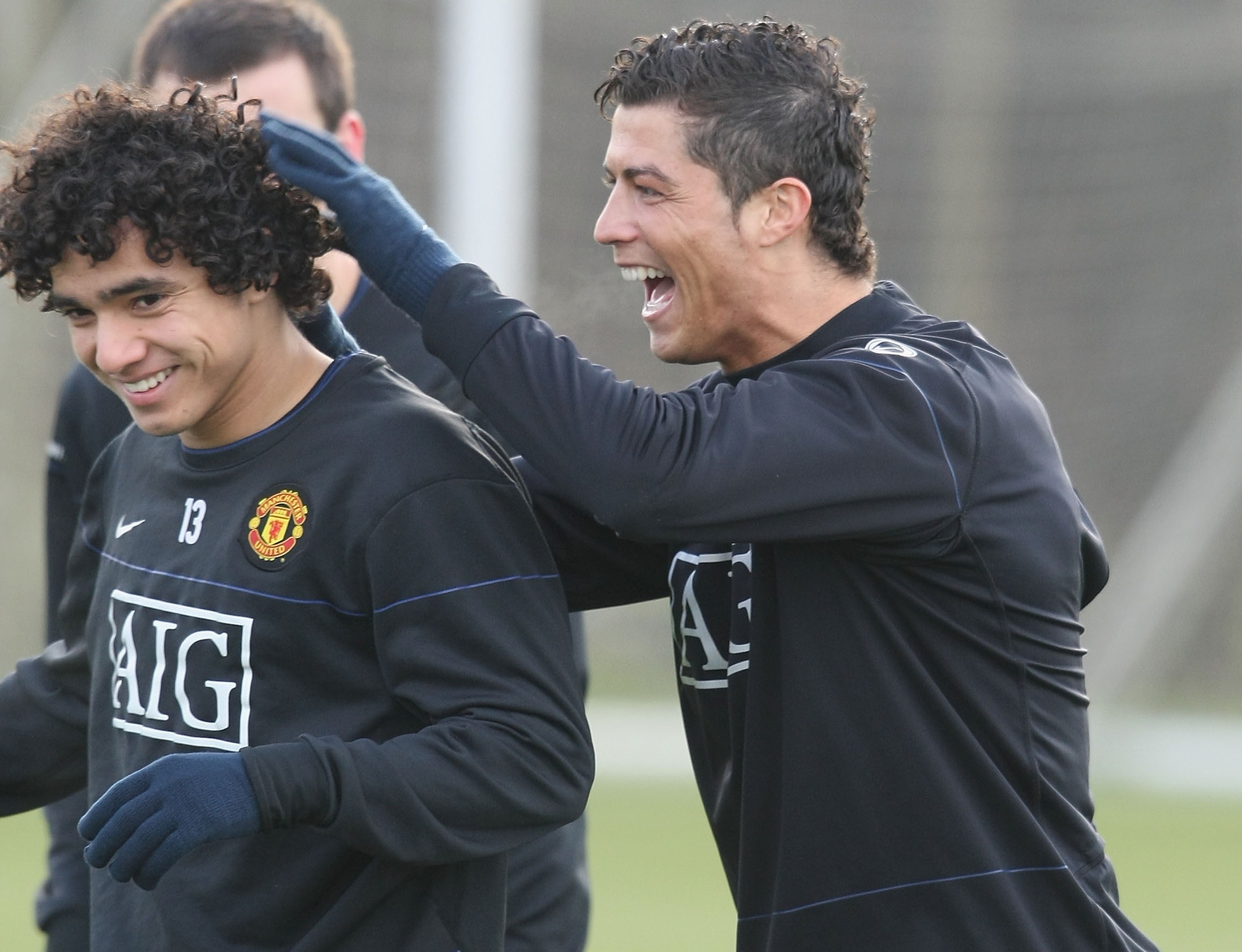 Rafael went on to play close to 200 times for the Red Devils after making the move, winning three Premier League titles, the Club World Cup and League Cup.

Fabio on the other hand played a mere 57 times and wasn’t as successful as his twin, but did manage a solitary Prem winners medal of his own too.

And the Brazilian pair revealed to the UTD Podcast their excitement after being personally called by the superstar.

Rafael explained: “He [Cristiano Ronaldo] called my cell phone and I will never forget that moment.

“On the display, I don’t know how many zeros [an international number] appeared and I asked: ‘But who is it? I’ve never received a call with these numbers,’ and I ran to the bus and immediately said: ‘It’s Ronaldo, it’s Ronaldo. He’s calling to talk to us!’

Fabio also went on to say how his brother Rafael noticeably bulked up in just 20 days of training with Manchester United.

He said: “When my brother came back after the first period, after 20 days of training with Manchester United, he was very excited about everything. He’s grown a lot.

“I didn’t go with him the first time because I was with Brazil’s under-15s, so he went on his own.

“But when he came back he was really excited, he was talking about everything: how big the training ground was, the players he met, who he had been with Sir Alex Ferguson.

“He was really excited. To be honest, we’re twins, so of course he told me everything and more, but I couldn’t feel the same enthusiasm as he did at that time.”

Ronaldo did go on to swap Manchester United for Real Madrid a year later, but not before he used his star appeal to help sign the twins.

The pair are both now 31-years-old and still playing – Rafael with Botafago back in his native Brazil, and Fabio with French outfit FC Nantes.