THIS is the insane moment snowmobilers narrowly escaped a Utah avalanche as powder quickly tumbled down the mountain and buried a man.

A group of snowmobilers made it out alive after a gigantic avalanche was triggered in Utah’s Uinta Mountains on Saturday. 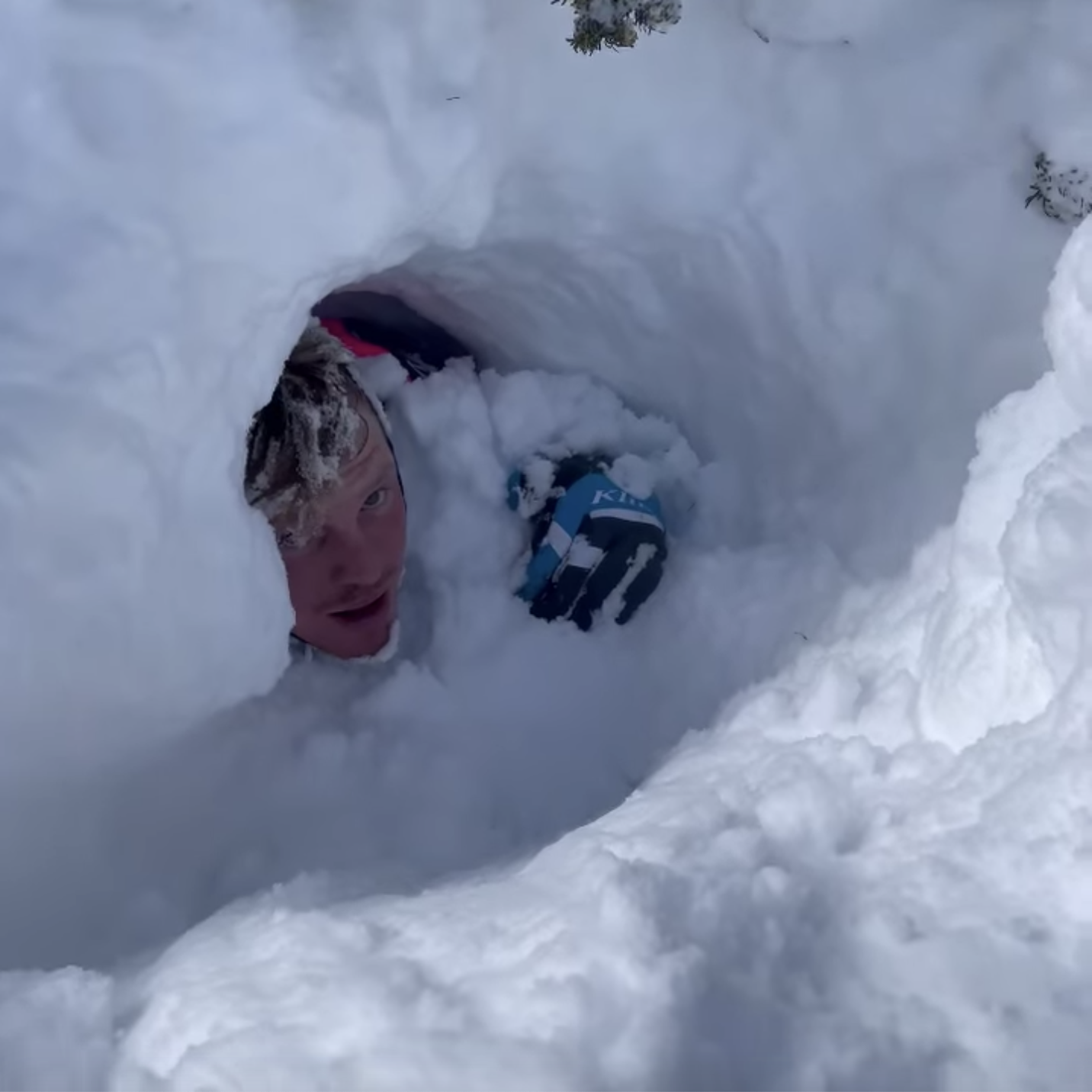 A group of snowmobilers made it out alive after a gigantic avalanche in Utah’s Uinta MountainsCredit: Miles Penrose 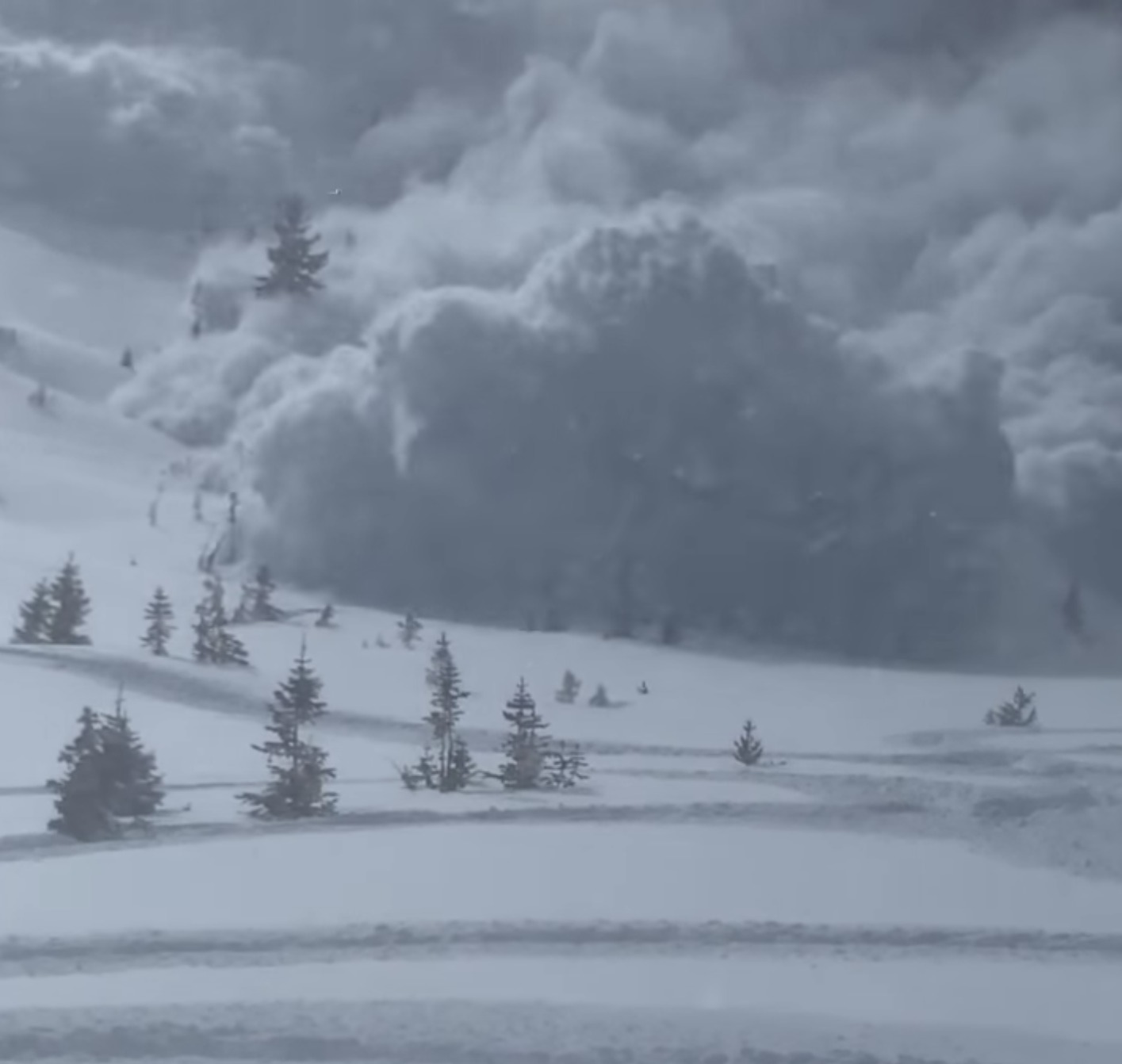 One of the five snowmobilers were able to video an enormous wave of snow making its way down the mountainCredit: Miles Penrose 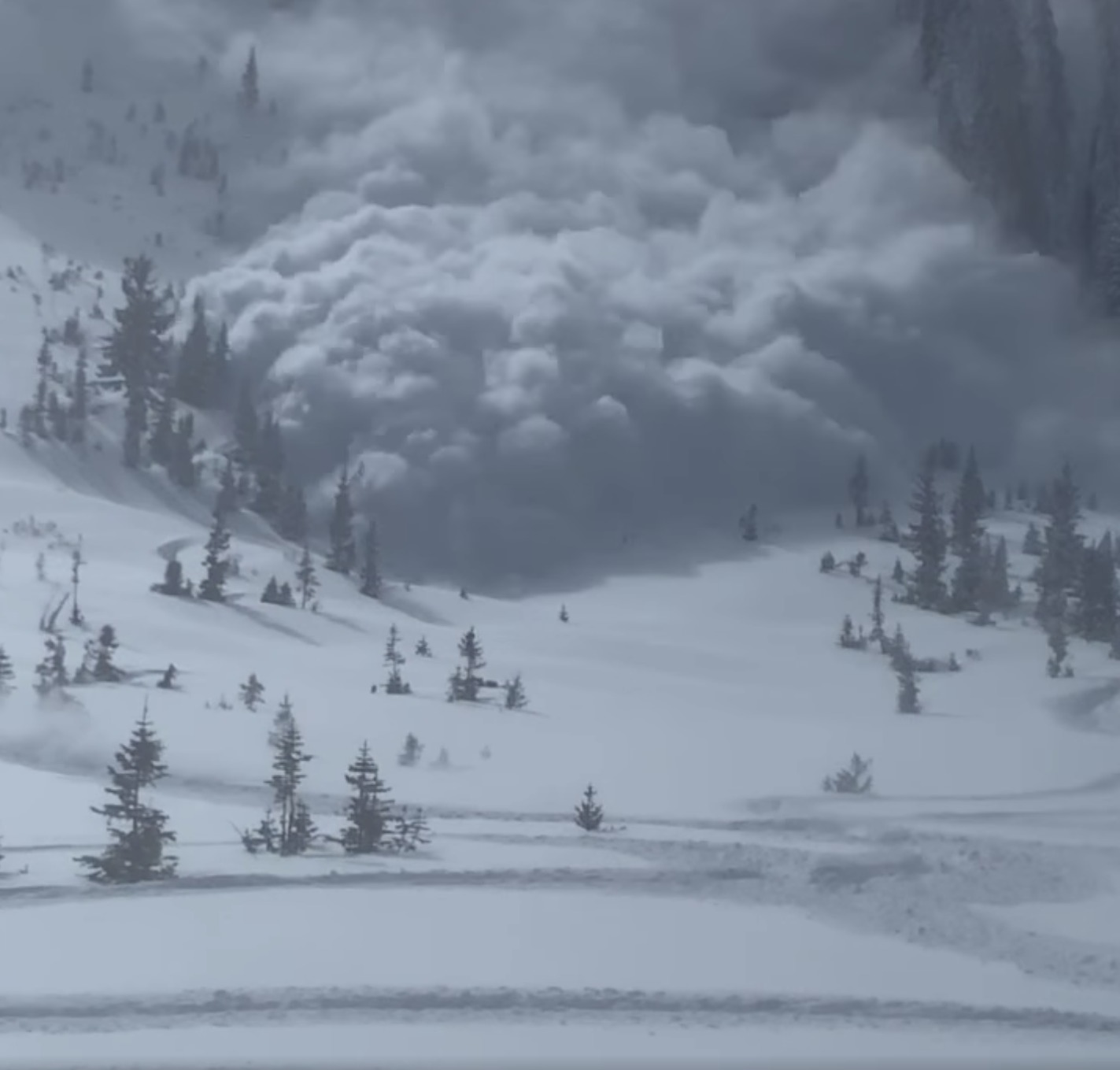 The snow is seen making its way abruptly down the mountainCredit: Miles Penrose

One of the five snowmobilers were able to video an enormous wave of snow making its way down the mountain.

Miles Penrose, who considers himself lucky to be alive, wrote about the harrowing incident on Facebook.

“My brother and I were playing on the side of a hill in the a tree area where have have ridden 30-40 times in years past.. (Right side of the video).

“We had 3 other friends and one younger below in the flats. As I finished recording my brother playing in the pow, the mountain shook.

“My original thought was… earthquake. Than it hit me, avalanche.” 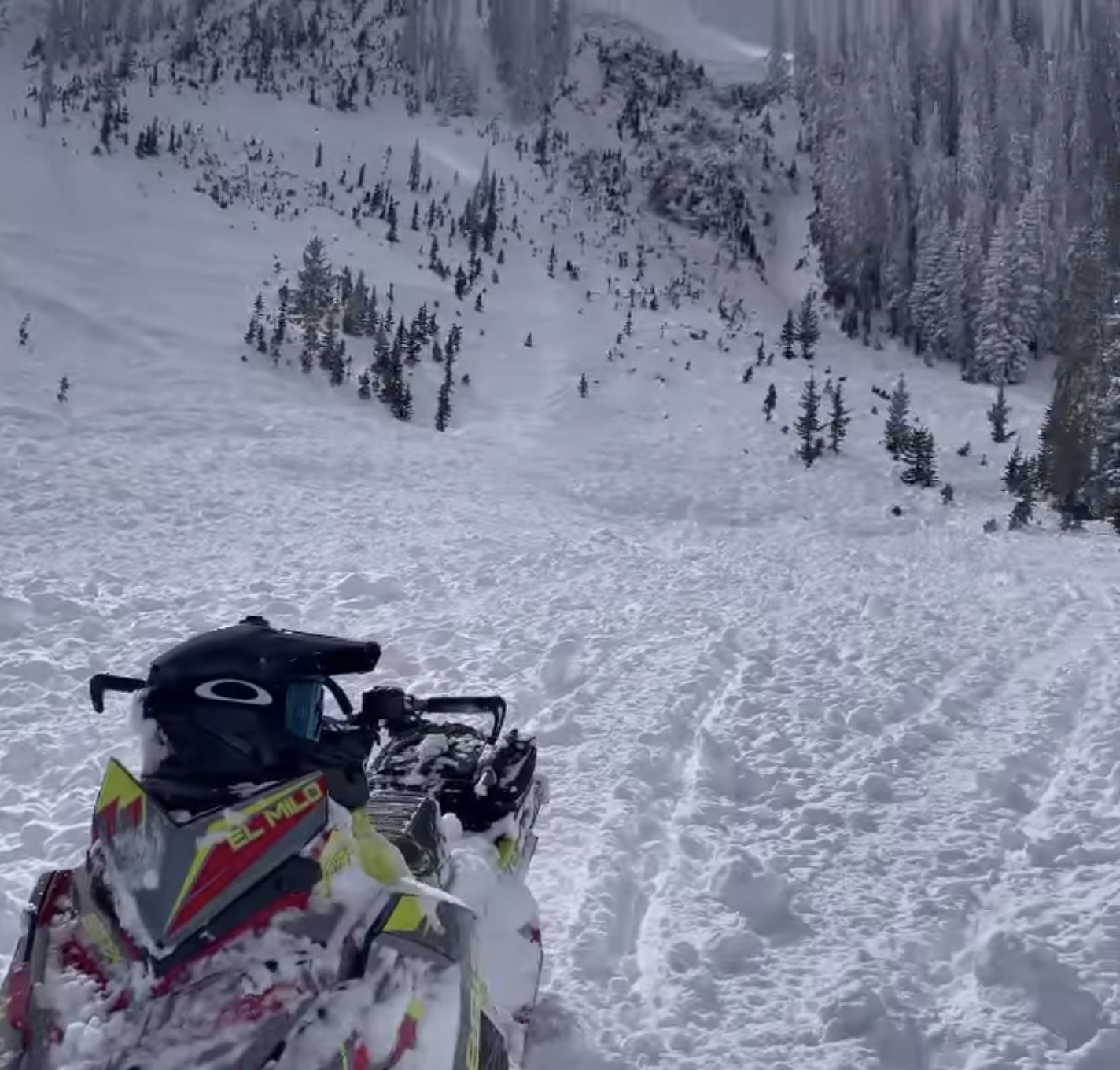 Photographs from the avalanche scene were shared to FacebookCredit: Miles Penrose

Along with describing what happened, Penrose shared the shocking footage and photographs in his post.

He revealed that the snow hit just moments after he screamed “avalanche” and he “somehow only moved about 20 yards and stayed on top of the snow” – which he believes is a miracle.

“The person filming (Nate) was buried to about his face and somehow was able to hold on to his phone,” Penrose added.

In the footage, one of the snowmobilers can be heard saying “Oh s**t that’s coming to us” as the snow tumbled down the mountain.

In another video, showing the aftermath of the avalanche, one of the snowmobilers said: “Holy s**t… avalanche… huge.

“I heard Hunter yelling… and here he is. You ok bud?” 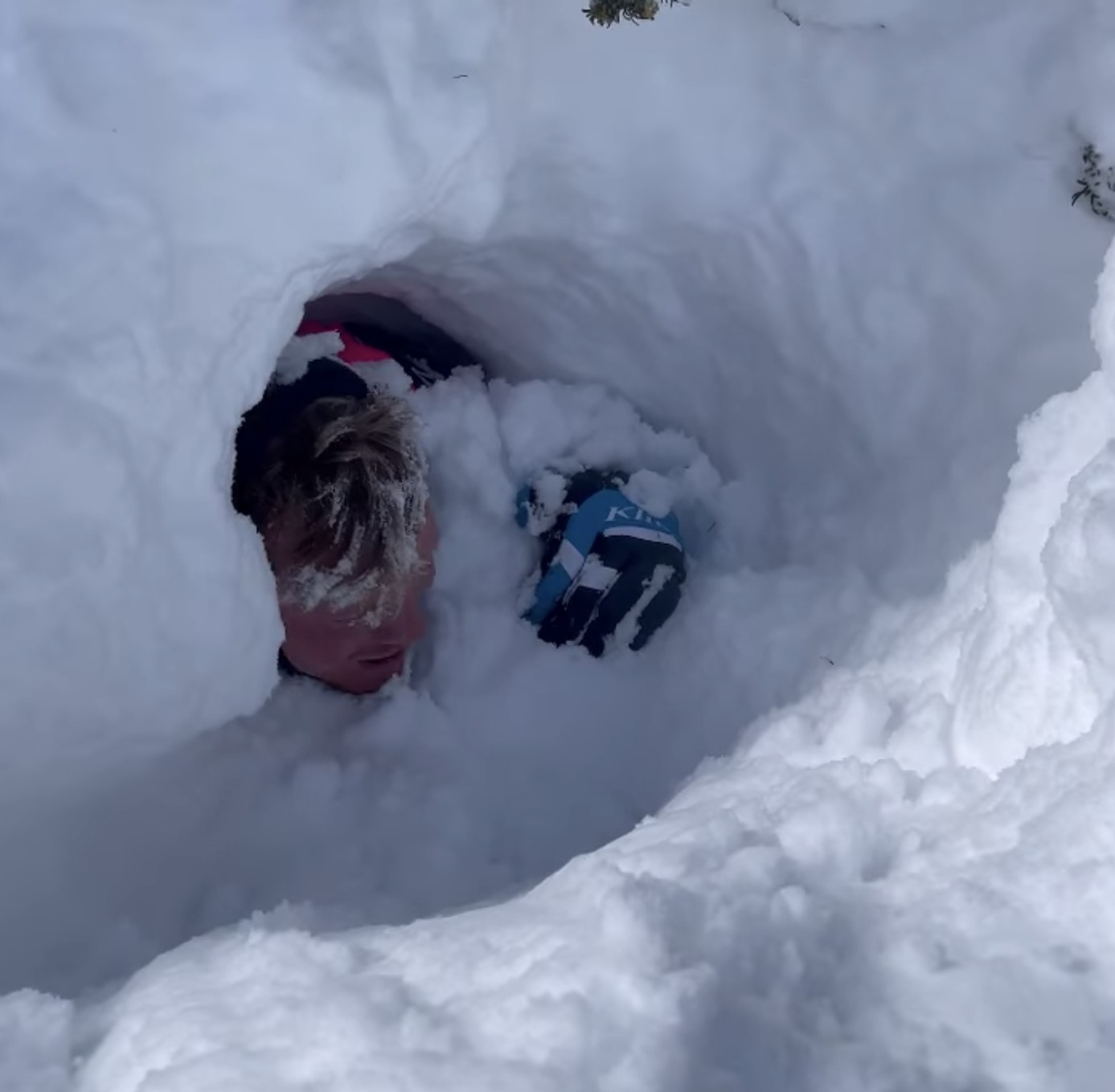 One of the snowmobilers is seen buried up to his neckCredit: Miles Penrose

Penrose said he was able to dig himself out of the snow after getting buried up to his lower chest.

He also admitted to some of his mistakes and how he feared for the others he was with.

Penrose added: “My youngest brother was able to out run it so was one of our other friends.

“Our 2 other friends both got hit with the wave on the FLATS,” Penrose explained.

“Craig and his sled were both buried. Craig got his shoot off in time, which ultimately probably saved his life.” 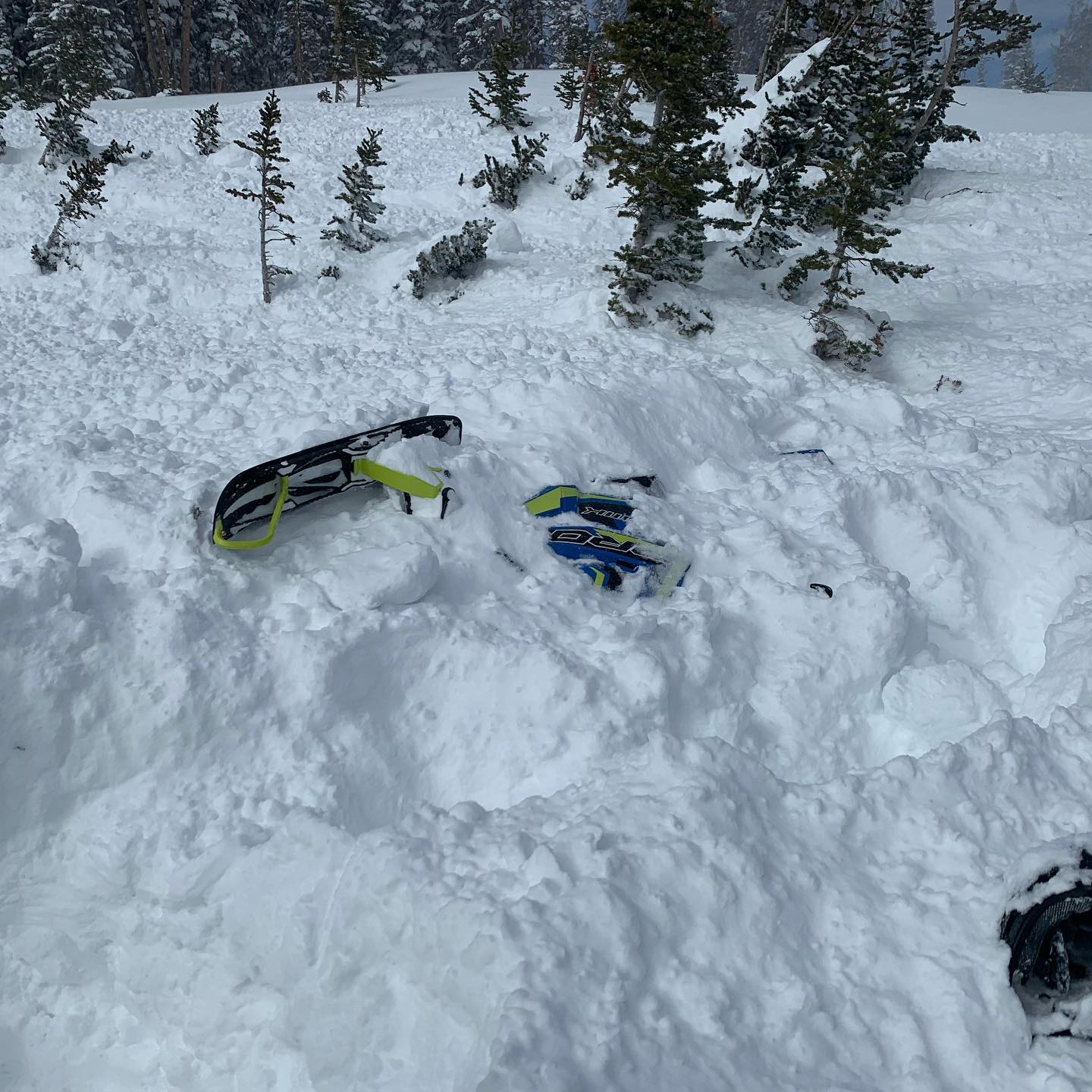 The snowmobilers’ equipment is seen scattered across the snow after the avalancheCredit: Miles Penrose

The eight skiers triggered the avalanche, according to Cutler, who said the survivors suffered only minor injuries.

Just days before the four skiers were killed, another avalanche in Utah buried a 57-year-old man.

Kurt Damschroder, from Park City, Utah, was killed after he was caught up in the disaster, according to Summit County Sheriff Justin Martinez in a tweet on February 1.

Damschroder and another skier are thought to have triggered the avalanche in an area known as Square Top, away from the resort boundaries near the Park City Mountain Canyons Village resort.

Thousands raised for girl, 5, who was ‘left in coma’ after Chiefs coach Britt Reid’s ‘drunk’ wreck before Super Bowl