OLEKSANDR USYK stunned Anthony Joshua to steal his heavyweight titles on Saturday night – but the ‘crazy Bond villain’ had been eyeing up the belts for THREE YEARS.

The Ukrainian star, 34, shocked a packed Tottenham Hotspur Stadium with his victory via unanimous decision in North London.

? Joshua vs Usyk LIVE: Follow all the post-fight reaction 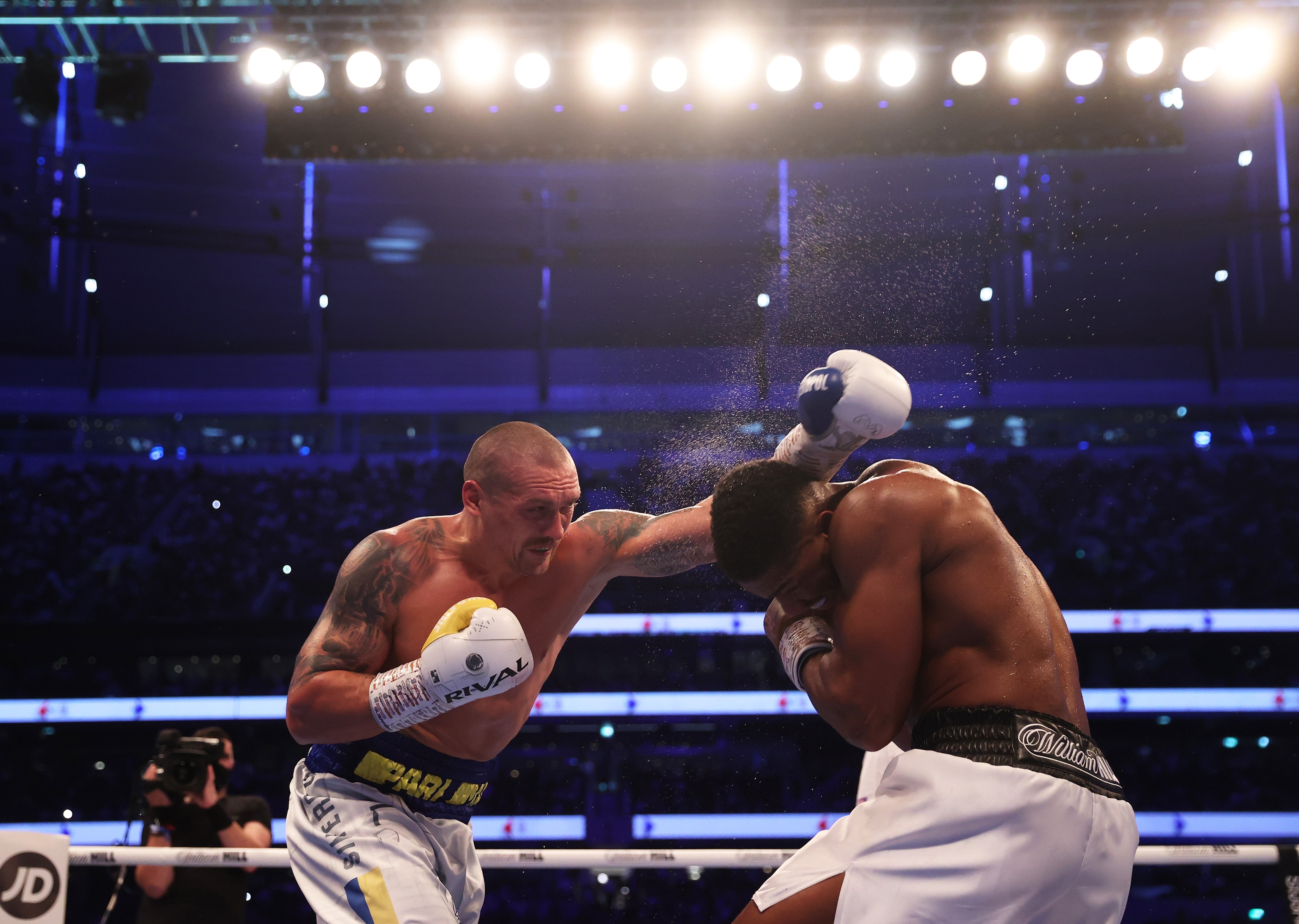 Usyk got his hands on AJ’s WBA (Super), IBF, WBO and IBO belts after continuing to impress after making the jump up to heavyweight.

But while many fans were surprised, others remembered the victory was three years in the making.

In 2018, Usyk was spotted ringside during Joshua‘s win over Alexander Povetkin.

And an old photo of the Ukrainian glaring at AJ during the fight has since been resurfaced and quickly gone viral.

One terrified viewer even called Usyk – dressed in all black with a hood half covering his face – a ‘crazy Bond villain’.

In May, Joshua even shared the very same picture on Snapchat after it was announced he would be fighting Usyk, not Tyson Fury as planned.

But that post has now come back to haunt him after he was thoroughly outboxed by Usyk on Saturday evening.

Earlier this week, Usyk was even asked about the infamous staredown, with the Ukrainian replying: “Of course I remember.

“AJ was fighting in London at Wembley with Alexander Povetkin.

“I remember that he made a sign to me. I think he noticed me in the crowd. He waved his hand to me.

“I was quite sure that good guys like us should fight each other.

“He was not on my mind. But I had a goal to fight with him because he is the Olympic champion.”

Joshua had previously met Usyk as a youngster in 2011 with the pair both competing at the World Amateur Championships in Baku, Azerbaijan.

They both represented their countries at the 2012 Olympic Games too – when AJ won heavyweight gold.

And on both occasions, Usyk claimed he watched every fight – scouting his potential future opponent well into his professional career, too. 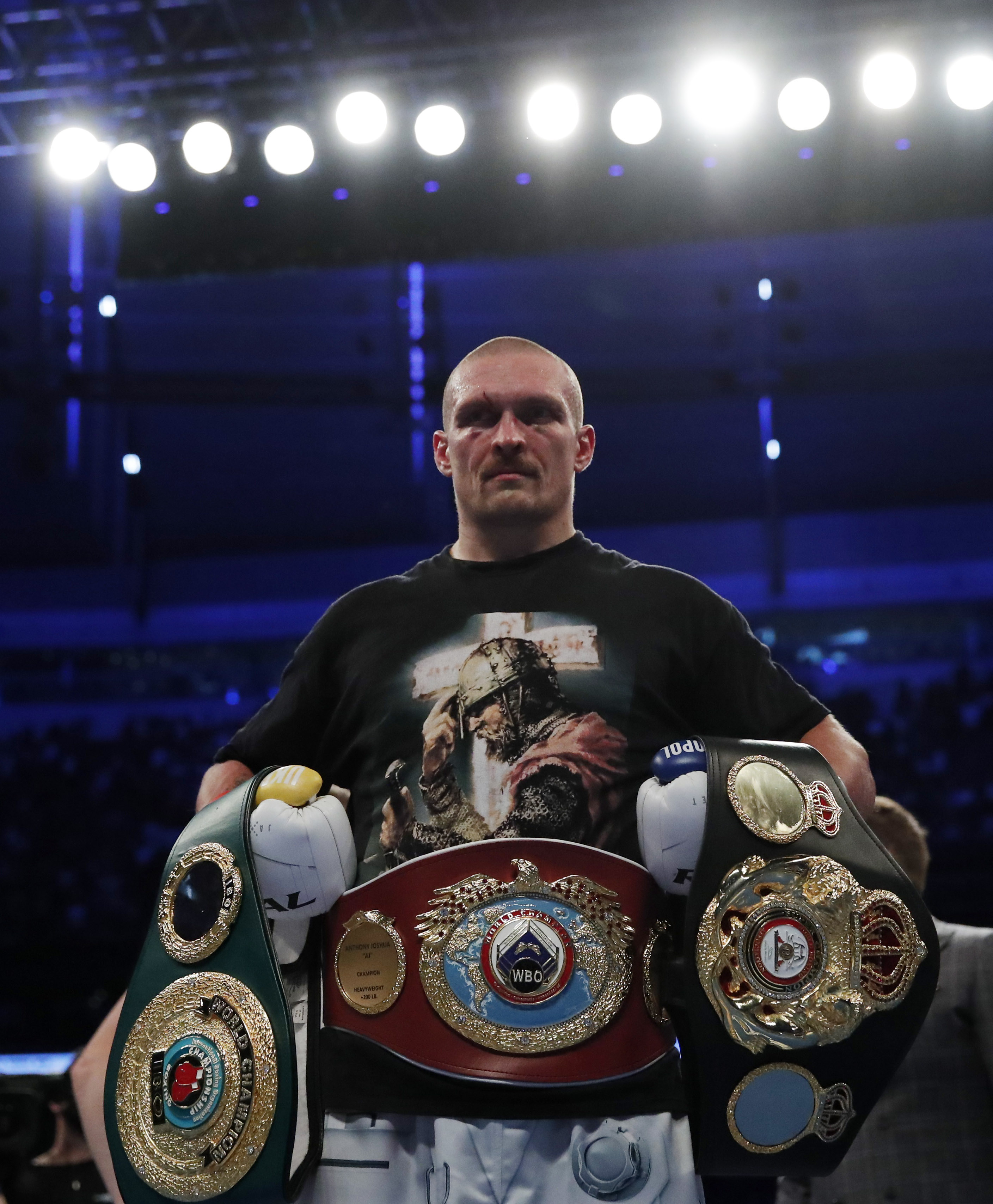 Despite the defeat, Joshua has revealed he is ‘positive’ about the future and still wants to fight Fury – even without his belts.

AJ said: “The road to undisputed and all that stuff, it’s good.

“As I said, I’ll fight Tyson Fury, (Deontay) Wilder, without the belts.

“The belts are fun. It’s great, it’s legacy. But with or without the belts, I’ll fight whoever.

“But would you still watch it, without the belts?

“That’s the main thing – is you’ve got two competitive fighters in the ring from UK soil, that just want to go toe-to-toe.”

Despite having one eye on Fury, AJ is first itching to set the record straight and wrestle back his belts from Usyk.

Asked if he planned to activate his rematch clause, a defiant Joshua roared: “100 per cent. 110 per cent.

“I’m ready to get back to training.

“Because of the 12 rounds, my lungs and everything, it was a good 12-rounder, so I’ll be in a good place when I get back into training to pick up where we left off.”