AMADOU BAKAYOKO had to be rushed to hospital after he was knocked out cold during Coventry’s defeat to Nottingham Forest.

The forward, 25, was left unconscious in the penalty box after a nasty collision with Forest keeper Brice Samba. 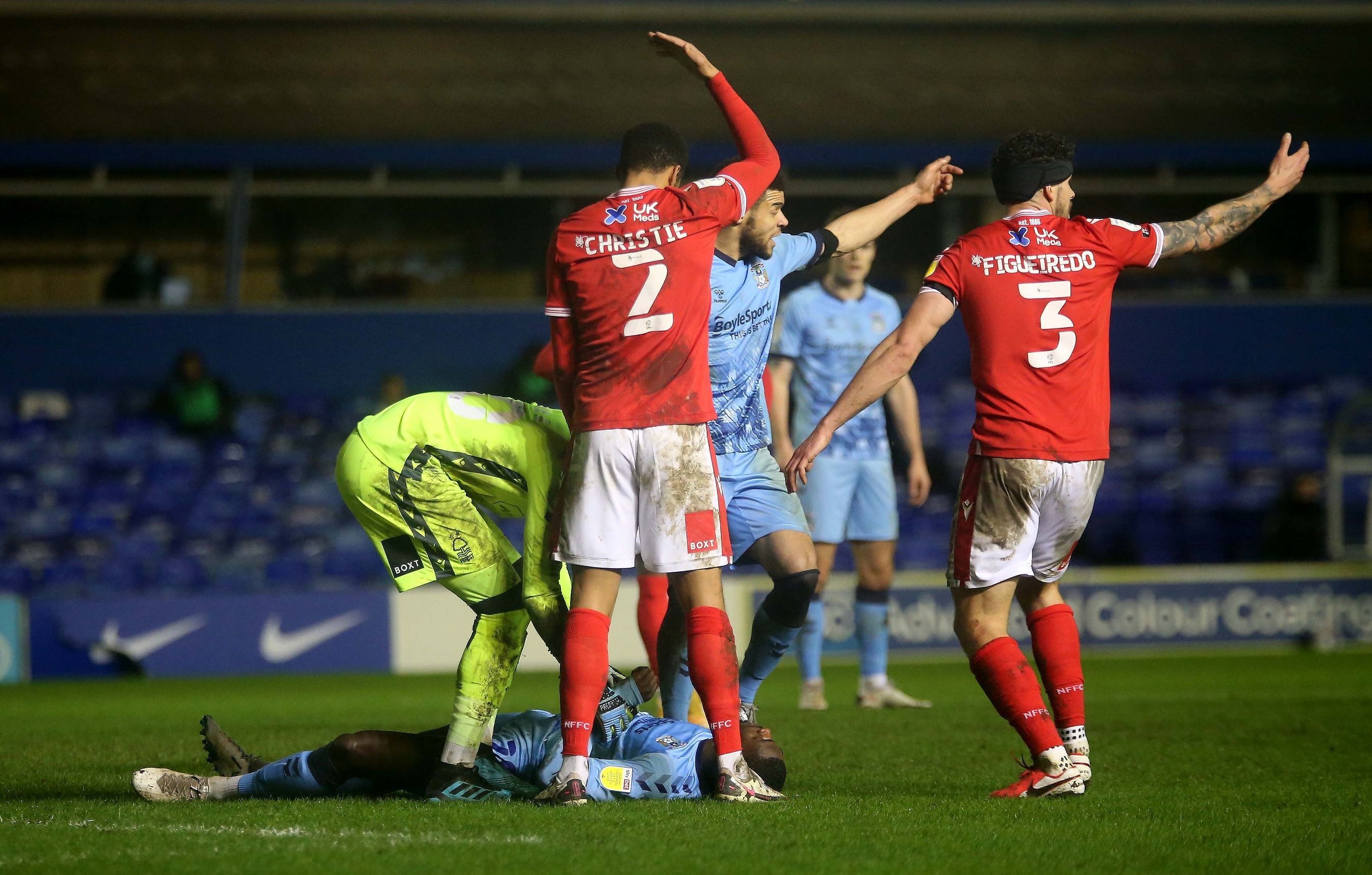 He was then carried off on a stretcher and the game continued without him.

Coventry boss Mark Robins provided an update on the player’s condition after the match.

He said: “He has woken up now and he’s in the ambulance on the way to hospital and I think they’re going to keep him in overnight.

“Hopefully he’s going to be okay, the physio seems quite positive about it.”

After the incident, one fan said on Twitter: “Nasty injury to Amadou Bakyoko at the end, he is conscious and we wish him all the best.”

Another asked: “Any update on Amadou Bakayoko? Never want to see something like that happen.”

One Twitter user shared a picture of the 25-year-old and said: “Praying for him.” 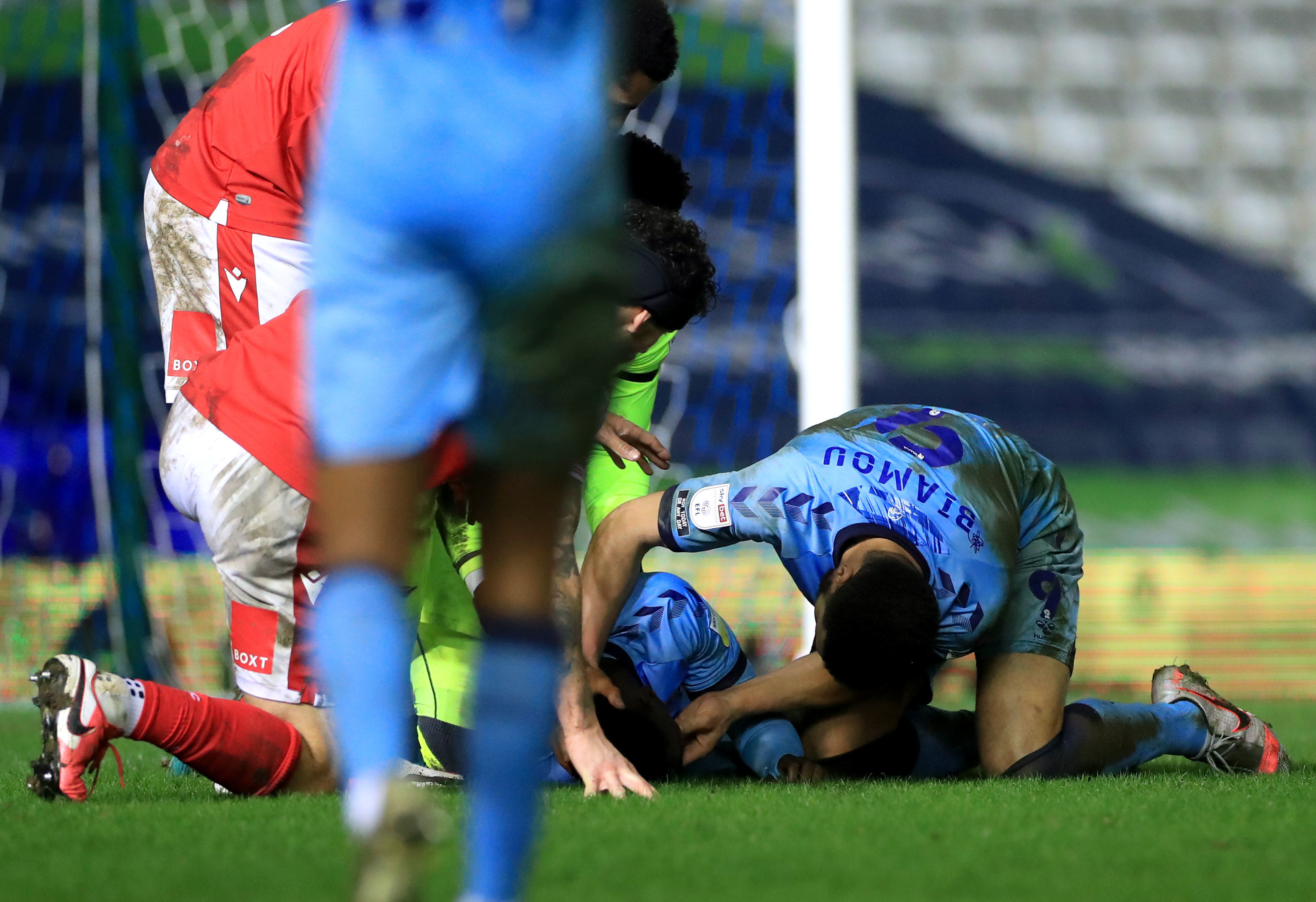 Players from both teams tried to help the player after the incident Credit: PA:Press Association 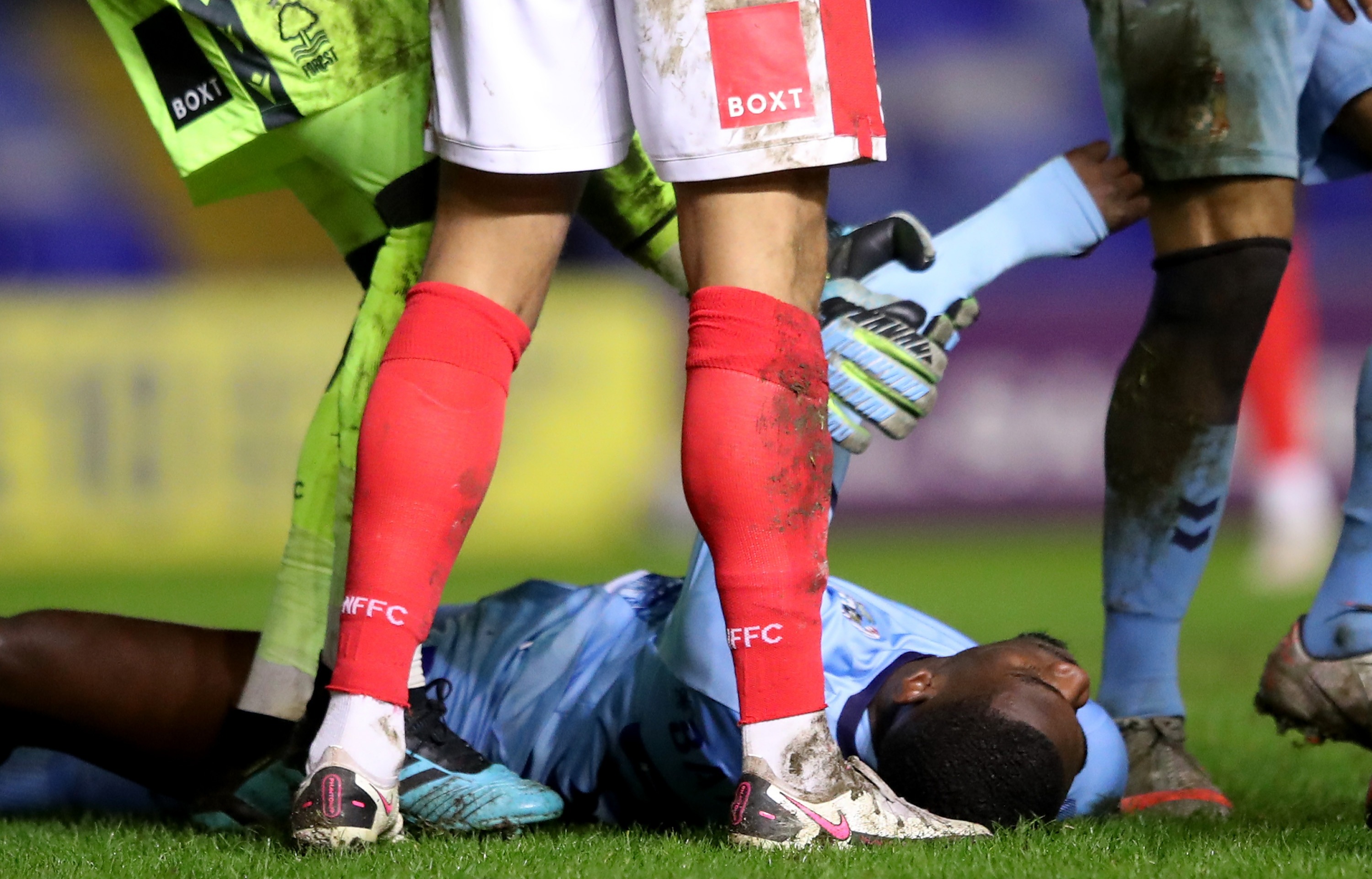 The former Walsall star was eventually carried off on a stretcher Credit: Getty Images – Getty

Fourteen minutes of stoppage time were added at the end of the Championship tie.

Forest went on to win the match after Coventry defender Michael Rose put the ball into his own net.

The defeat leaves Robins’ side slumped at 18th in the Championship table. 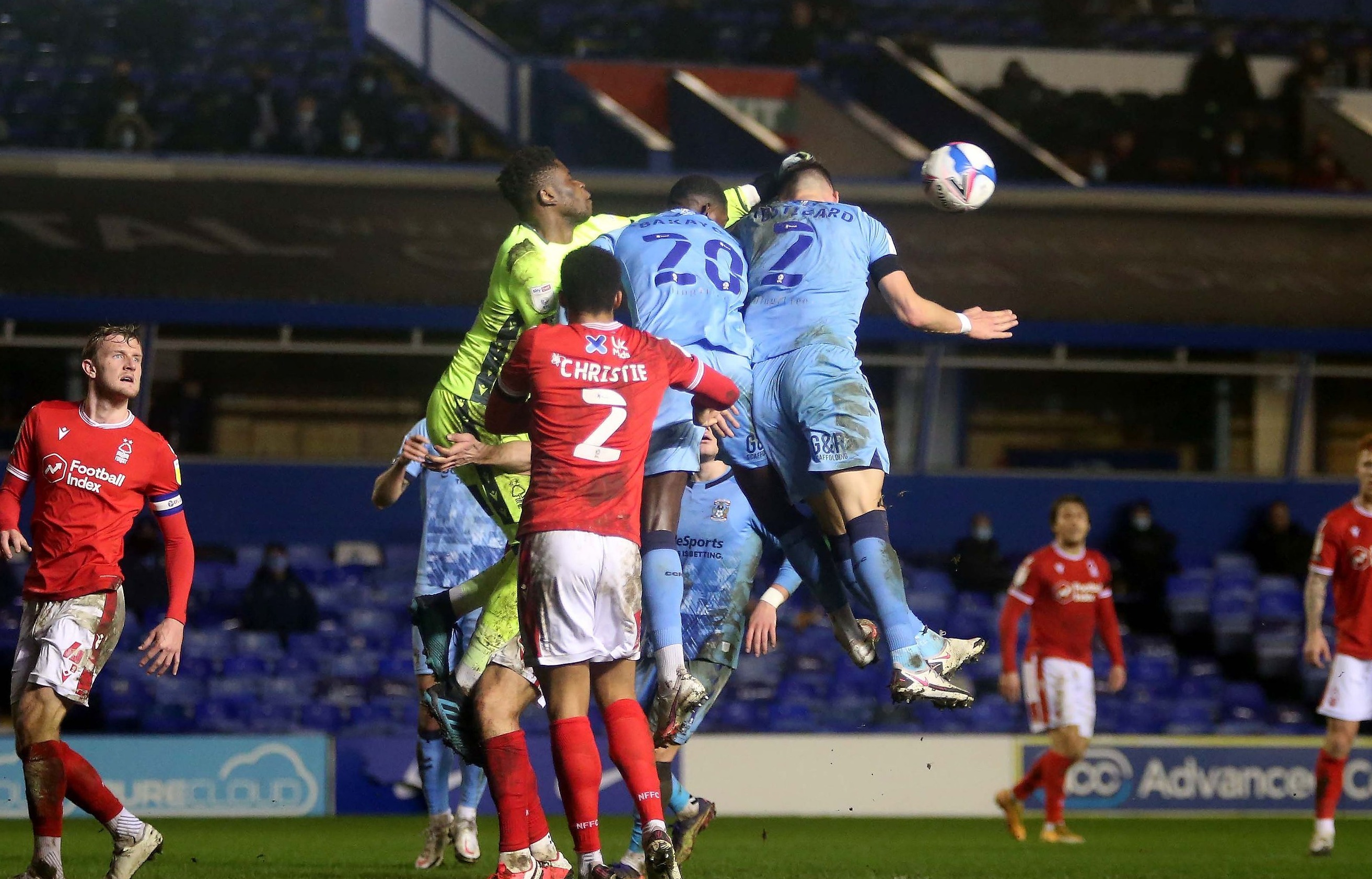 Amadou Bakayoko was left unable to continue after the collision with Brice SambaCredit: Rex Features