A YOUNG couple who bought their second home together managed to turn it from a rundown dump into a super chic pad in months – thanks to savvy DIY tricks and charity shop bargains.

Charlie and Olly bought the house in May last year and admitted it needed a lot of updating.

Charlie and Olly, both 22, bought the house in May last year and have completely transformed it themselves on a budgetCredit: thepomhome/TikTok

So the 22-year-old couple put their heads down and their work boots on and got to work on completely transforming it into their ideal home.

Now, the stylish pad looks super luxe, despite being decked out with second-hand furniture bits and cheap buys from bargain stores such as Primark, The Range and Home Sense.

The pair share updates on both TikTok and Instagram, and in just a few short months have attracted a huge fan base thanks to their savvy tips and stylish home.

Charlie and Olly say they did most of the renovation themselves in a bid to save some cash, but called in the professionals for the plumbing and electrical work. 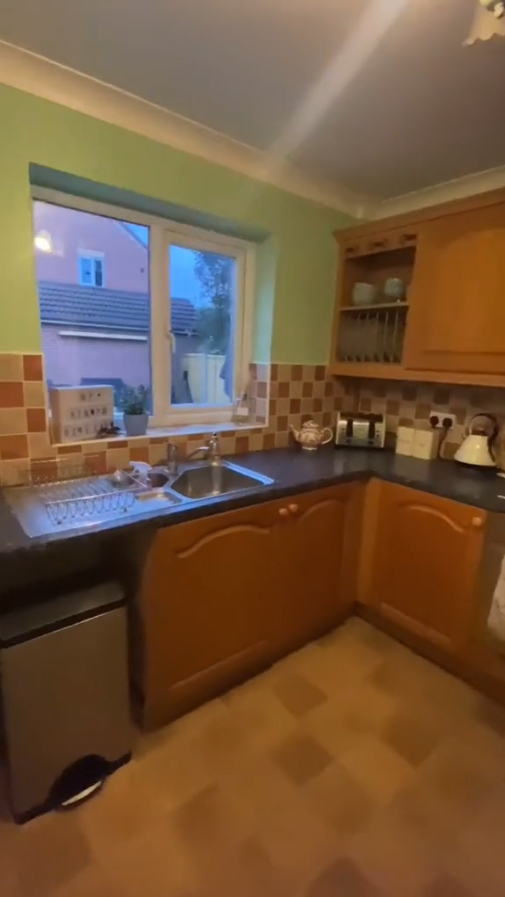 The kitchen was extremely outdated and they replaced the entire thing with a new, modern designCredit: thepomhome/TikTok

While they do have some experience from renovating their first home, the rest was done on the fly using YouTube clips and online blogs to help them along the way.

The couple may have splurged on their paint colour – Stiffkey Blue from Farrow and Ball – but the rest was done on a budget, instead choosing to rescue old furniture and give it new life.

Over on their Instagram page, the couple answered a range of questions from fans about their new home.

They revealed most of their furniture was found on Facebook Marketplace, or in antique stores admitting you can find some amazing things there. 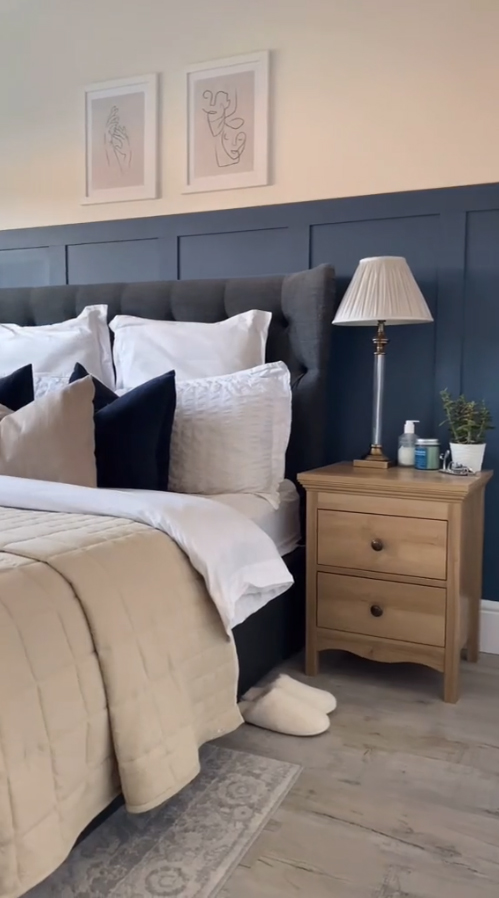 The bedroom is so luxurious and they even made their own stylish wall panelling after watching YouTube clipsCredit: thepomhome/TikTok 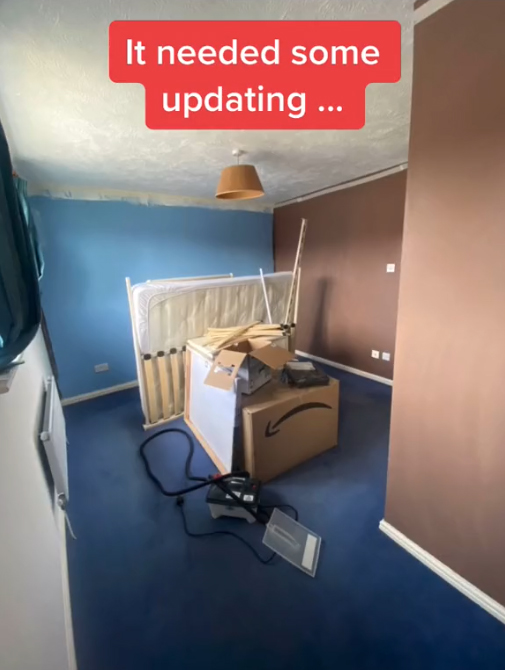 The ripped up the carpet, redid the plastering and gave the whole bedroom a modern new lookCredit: thepomhome/TikTok 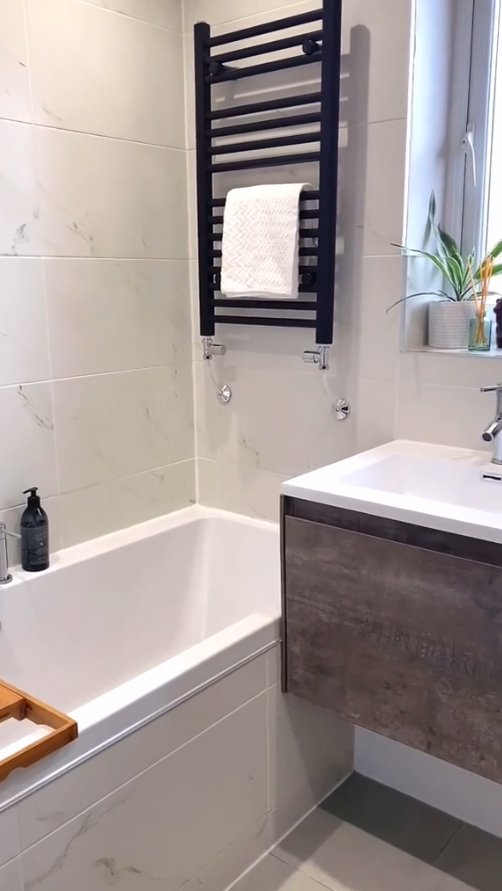 The bathroom is completely new also with a fresh neutral colour paletteCredit: thepomhome/TikTok 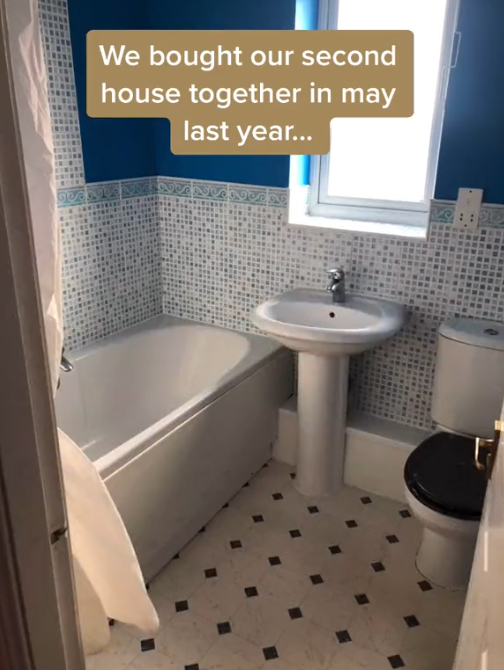 The original bathroom was outdated and in need of sprucing upCredit: thepomhome/TikTok

The rest were picked up for cheap too, with Dunelm, Ikea, The Range and Primark among the couple’s favourite stores to pick up a bargain.

But the best buy by far was the stunning cream sofa which they bagged from Ikea, with the pair saying it was their best find yet.

Overall, they have spent a total of about £25k sprucing up the place, and while it might seem like a lot, there’s been A LOT of work done to it.

They replaced the entire bathroom and kitchen and ripped up the carpets throughout, instead choosing lush timber floors and new modern tiles.

Needless to say, people are pretty impressed by the young couple’s effort and with their growing fan base showering them with praise

“One of the nicest houses I’ve ever seen,” said one.

Many agreed while gushing over the stylish blue colour palette admitting it’s a nice change from the common grey homes we so often see.

The couple say it’s not finished just yet but they’re extremely happy with how it’s turned out.

They don’t plan on selling it just yet and plan to live in it as they say it’s their ideal home.

The couple detail their renovation on Instagram where they also offer tips for those wanting to tackle their own home renovation. 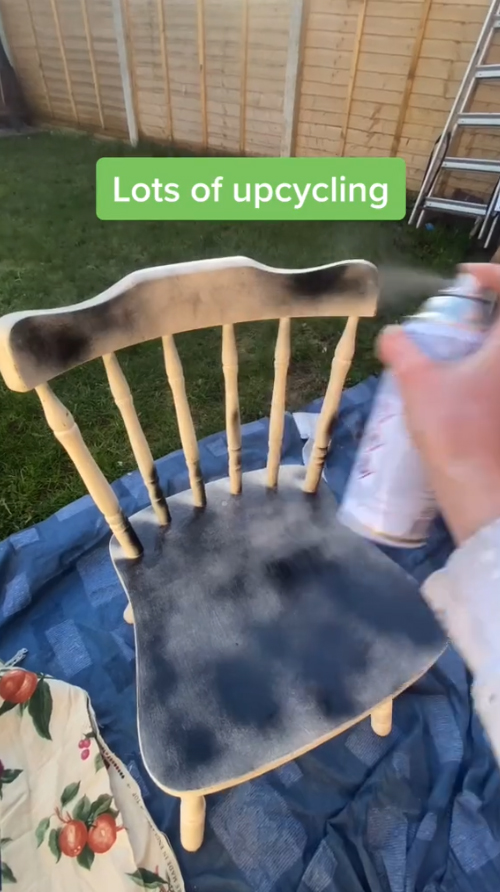 They bought most of their furniture from charity shops and gave it new lifeCredit: thepomhome/TikTok

Meanwhile, this single mum-of-two with NO DIY experience transforms her drab pad into a plush family home for just £4k.

And this couple who purchased run-down 1930s house turn it into dream home with eBay bargains.

Plus this couple transform dark and gloomy pad into a stylish home for £6k – despite having NO DIY experience.

Mansion with an INDOOR FOOTBALL PITCH goes on sale at just £1.25M – and becomes the ‘most viewed home on TikTok’ with over 18 million views as celebrities scramble to buy it