A MAN has been arrested after allegedly stabbing two Asian women in broad daylight in San Francisco.

The incident happened on Tuesday afternoon in the middle of the city’s downtown area, at 4th and Market streets. 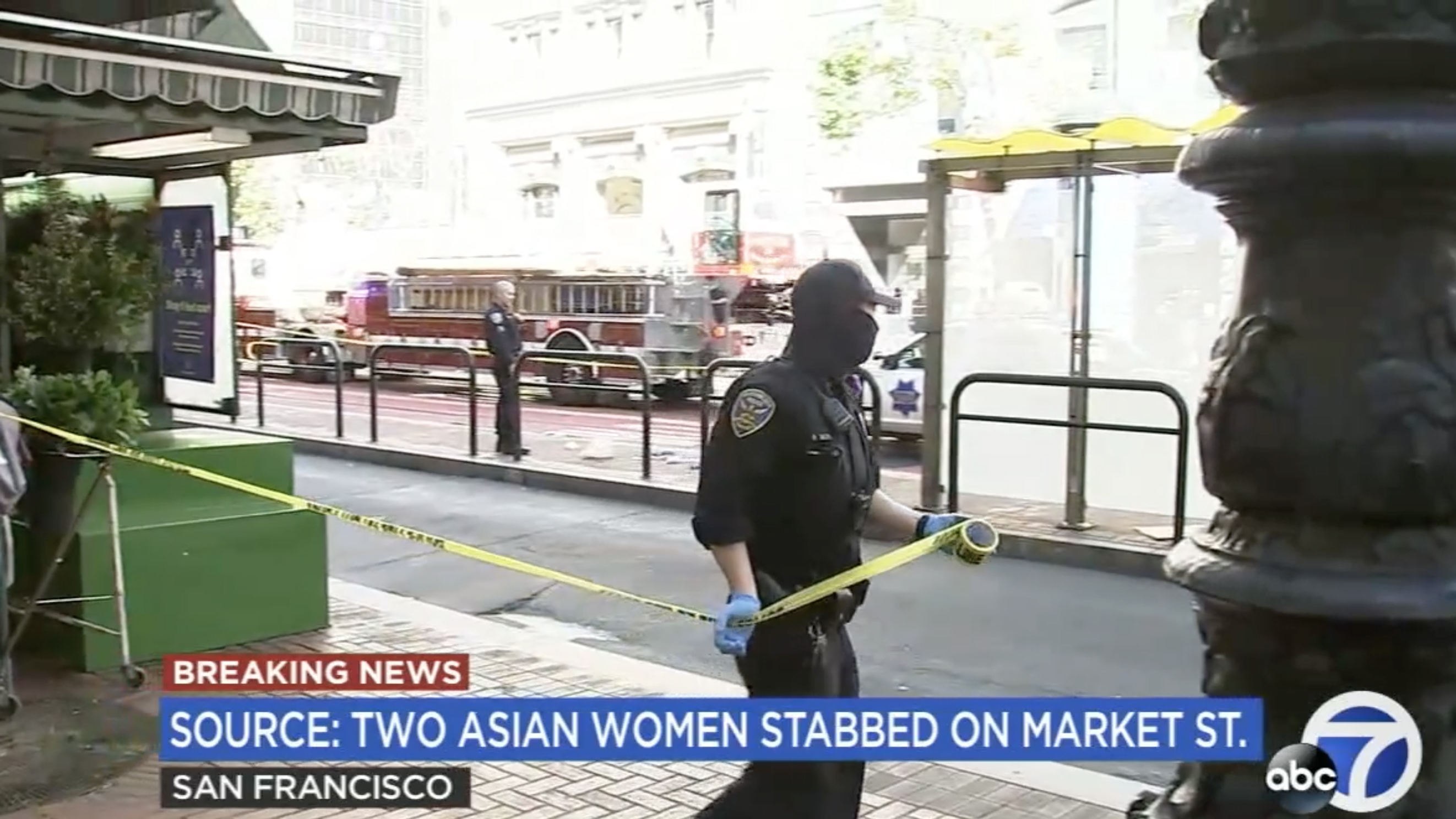 A man has been arrested after two Asian women were stabbed in San FranciscoCredit: ABC -7 News 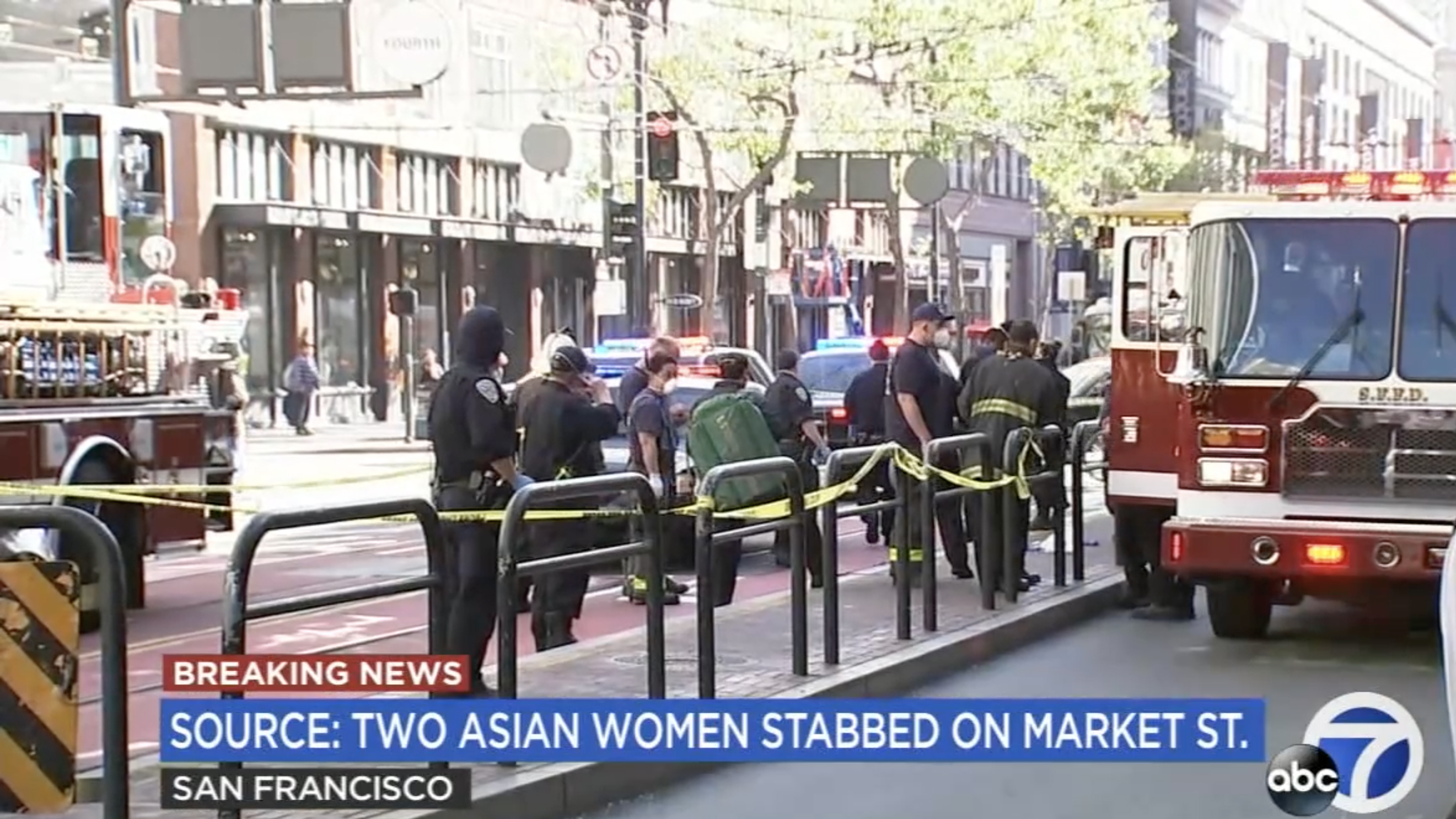 The stabbing happened in broad daylight in the city’s downtown areaCredit: ABC -7 News

One of the women was badly bleeding, and the other still had a knife in her arm, sources told ABC7 News.

The women were reportedly taken to hospital, but there has been no immediate word on their condition. 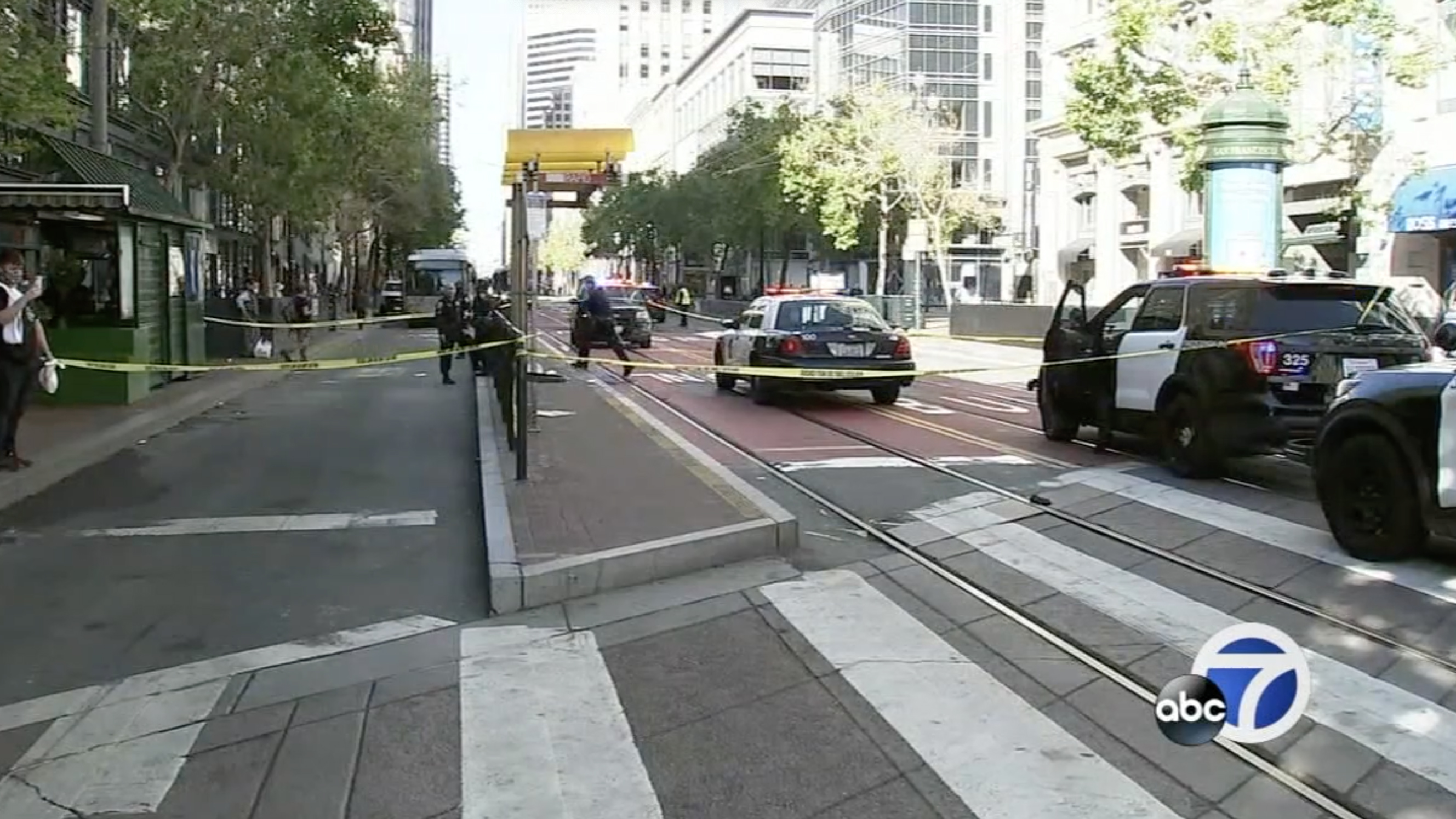 The two women were reportedly taken to hospitalCredit: ABC -7 News

After stabbing the women, the suspect, a 54-year-old San Francisco man, reportedly walked away.

Law enforcement added that, at this time, there is no evidence that the stabbings were a hate crime, but they are not ruling the possibility out.

Asian Americans have been the target of several unprovoked attacks in the San Francisco Bay Area in recent months.

Earlier this year, Stop Asian Hate protests grew across America, shedding light on incidents of abuse that Asian-Americans have suffered.

In March, a gunman in Atlanta, Georgia, shot and killed eight people, six of whom were Asian, across a series of massage parlors and spas.

New data recently revealed the number of anti-Asian hate incidents — which can include shunning, slurs and physical attacks — was greater than previously reported.

The research released by reporting forum Stop AAPI Hate and showed that nearly 3,800 incidents were reported over the course of roughly a year during the pandemic.

In March, an 83-year-old Vietnamese man was knocked down in San Francisco and broke his neck in the fall, while a 77-year-old woman was attacked in a similar manner.

Police arrested a man for assault and elder abuse in both cases.

Former president all but CONFIRMS 2024 run