BORED Brits flocked to beaches and parks this weekend after a spate of winter sun, days after Boris Johnson urged people to stay home.

The Prime Minister begged people to “think twice” before leaving the house this weekend, as the vaccination rollout continues. 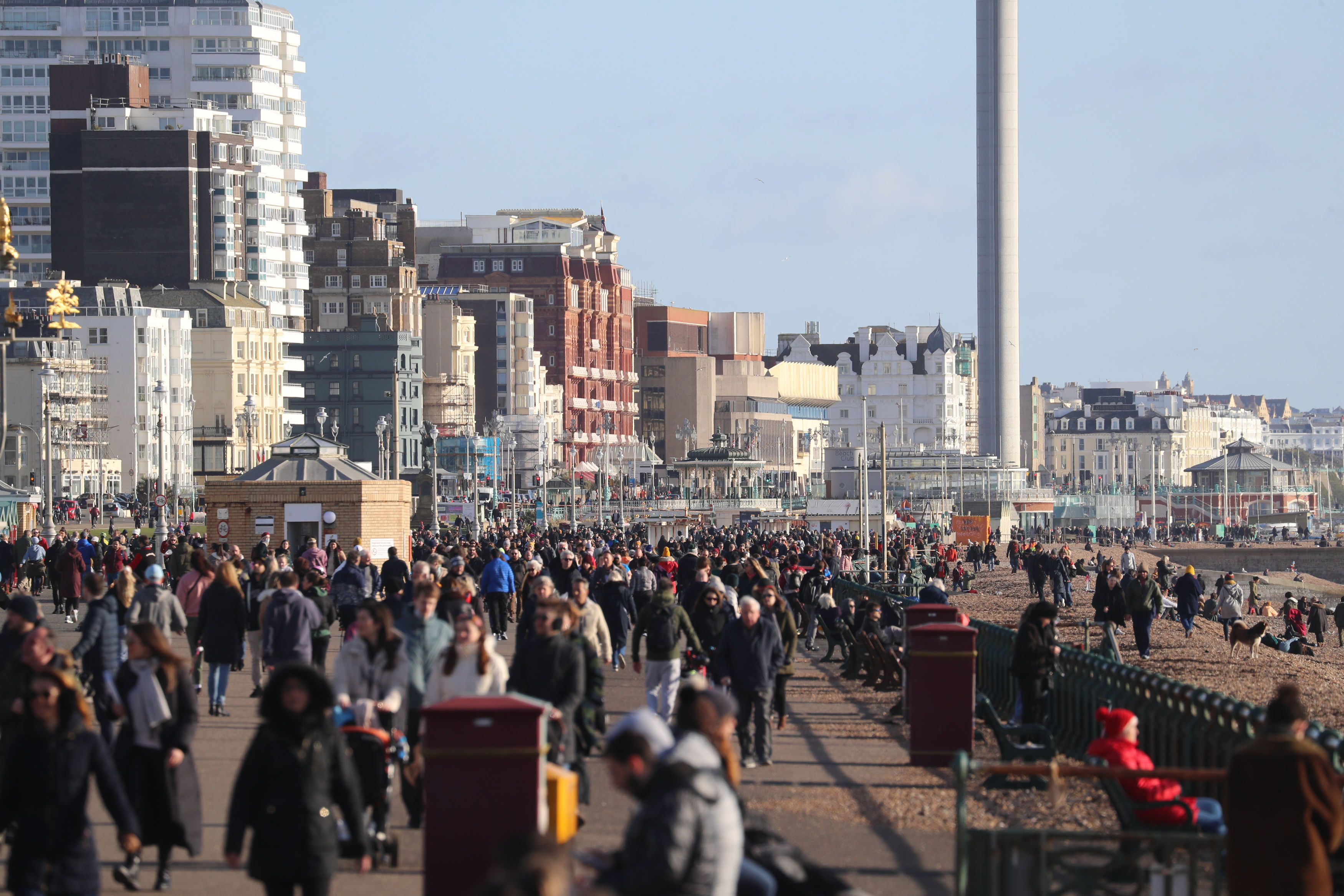 Hundreds flocked to beaches to enjoy an hours exercise in the sunCredit: PA:Press Association 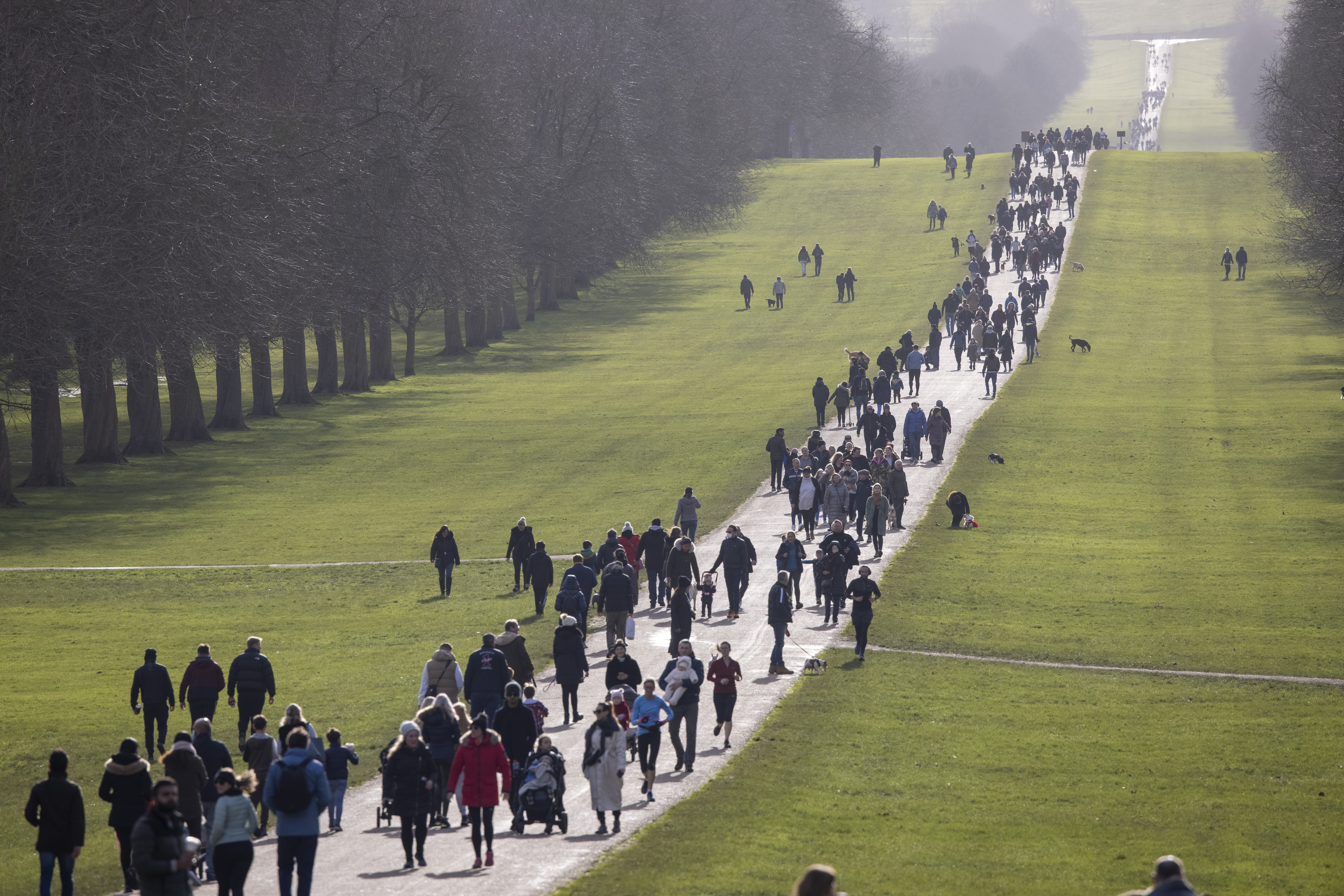 Despite cold temperatures across the country, thousands of people took to parks and beaches for their permitted one hour of exercise.

Hundreds headed to Victoria Park in East London walking, cycling and running yesterday, and police officers were seen querying locals out on walks in Bournemouth.

The UK enjoyed a spell of sunshine after a week of dismal weather, that even saw Health Secretary Matt Hancock among the crowds at Queen’s Park in London.

Snow warnings were lifted across the UK after a bout of heavy rain and melting snow sparked safety concerns.

Footage shows him enjoying his daily outdoor exercise in a muddy shirt while carrying a rugby ball, as families mill around behind him.

A member of the public joked: “You’re a bit dirty mate?” to which Hancock replied, “Bit of a muddy Saturday.”

Bunches of people walked along the riverside in Newcastle, as we revealed the government will endorse a new campaign to deter those meeting their mates for a coffee. 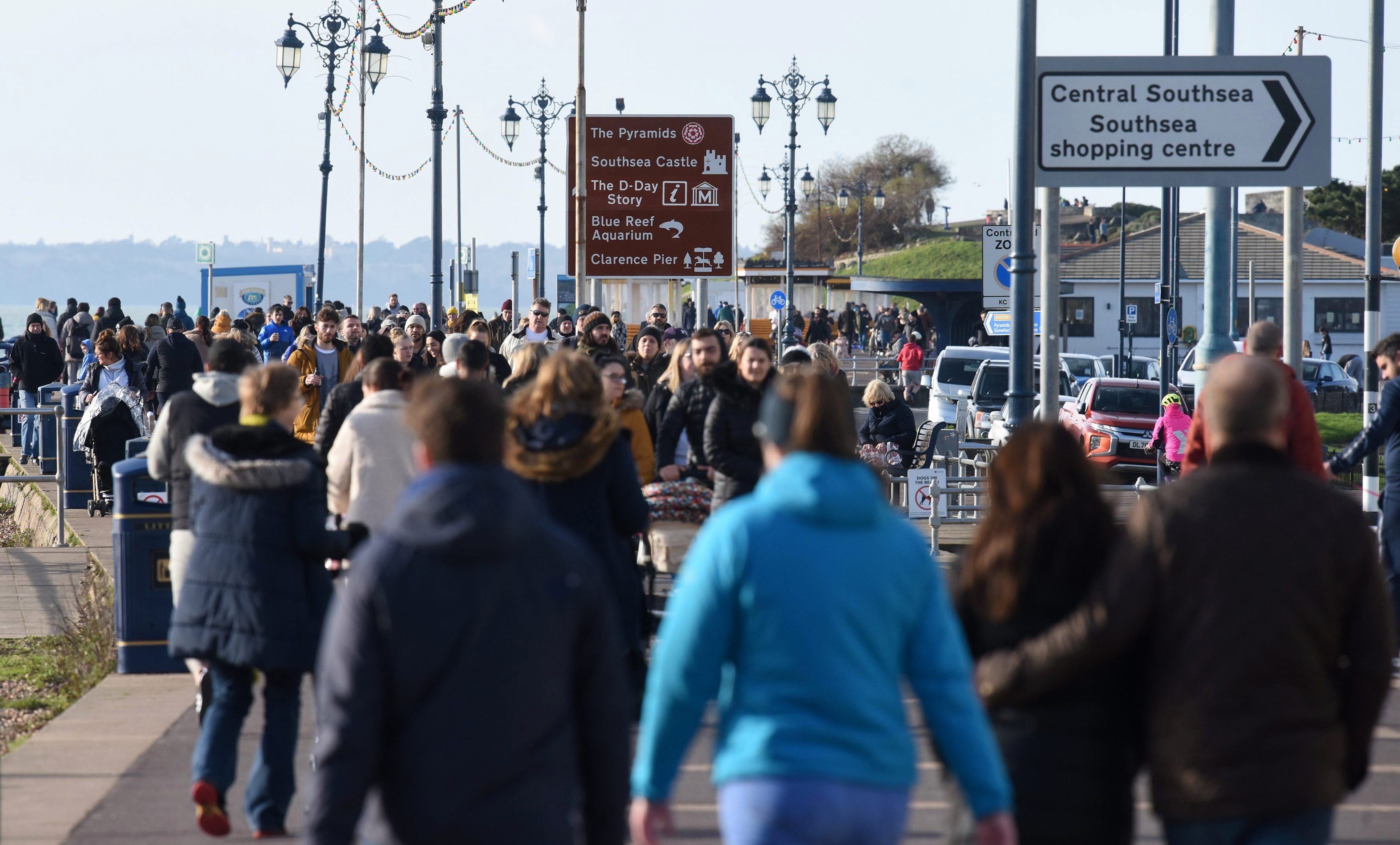 Crowds of people headed to the seaside this weekendCredit: Solent News

The government is set to launch a new campaign discouraging a catch-up over a coffee with friendsCredit: Zenpix

Sources claim slogans including: “” DON’T LET A COFFEE COST A LIFE” and “catch-ups cost lives… don’t bend the rules” will be circulated in a bid to encourage people to respect the restrictions.

Current lockdown rules permit the public to leave the house for exercise once a day.

Today is set to see another mix of sunny spells and showers, yet Southern and eastern England will be mostly dry as the day continues.

Hundreds of restless Brits have took to beauty spots across the country after the UK was plunged into another lockdown.

Restrictions are set to lift in March before a return to the Tier system, after the government approved a three-point plan for lifting the lockdown.

The Foreign Minister Dominic Raab said easing measures will “not happen in one big bang,” instead insisting they will be “phased out” in individual regions.

In order for measures to be eased, an area’s death rate must fall, the number of hospital admissions must drop and some in the 50 to 70-year-old age range must be vaccinated.

More than 3.5 million people in the UK have now received a coronavirus vaccine – trumping the number of people who have tested positive for the virus, government figures show.

The latest comes as the UK reported 1,295 coronavirus-related deaths and 41,346 yesterday. 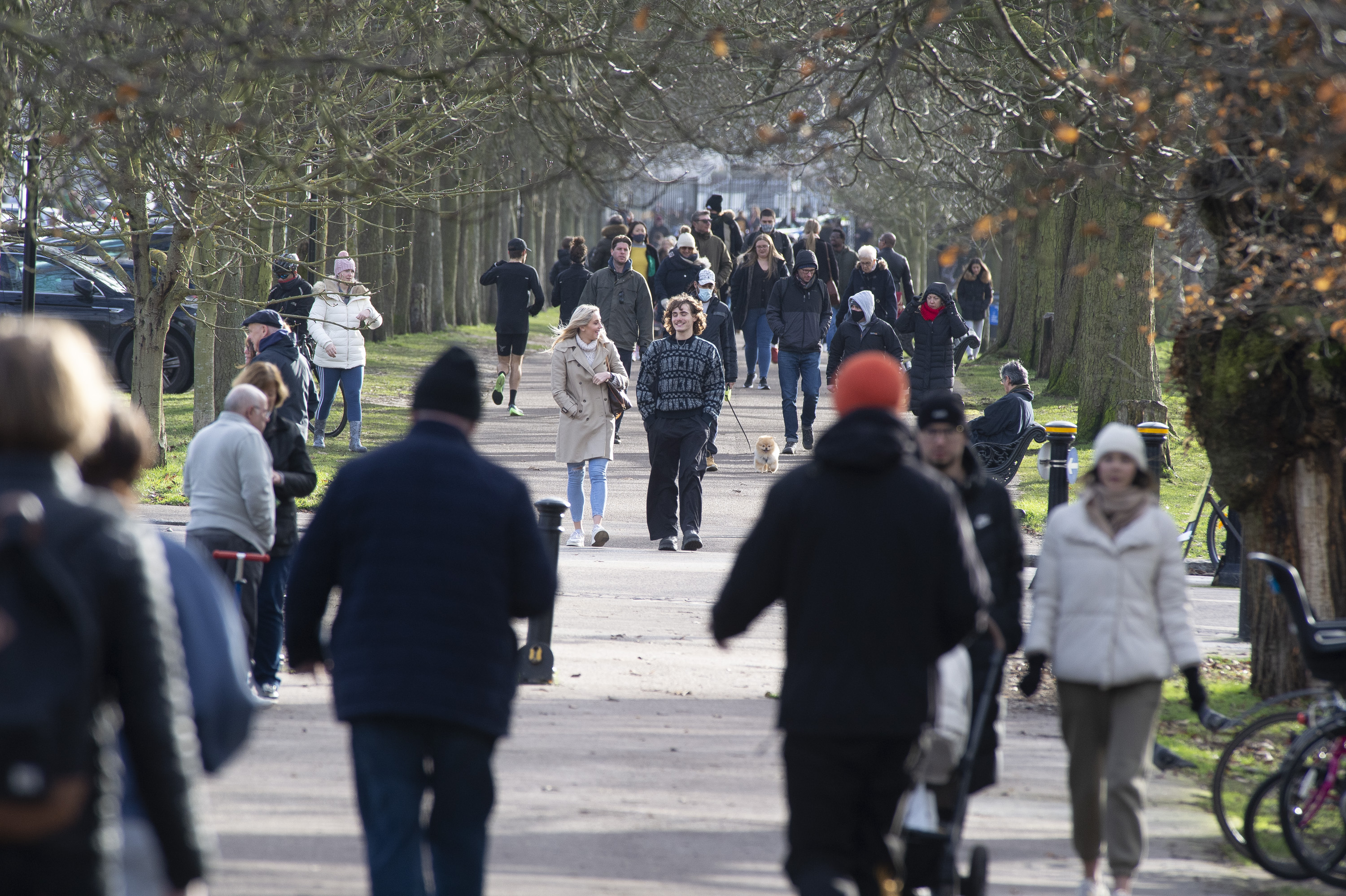 Current rules permit people to leave their homes for exercise once a dayCredit: London News Pictures 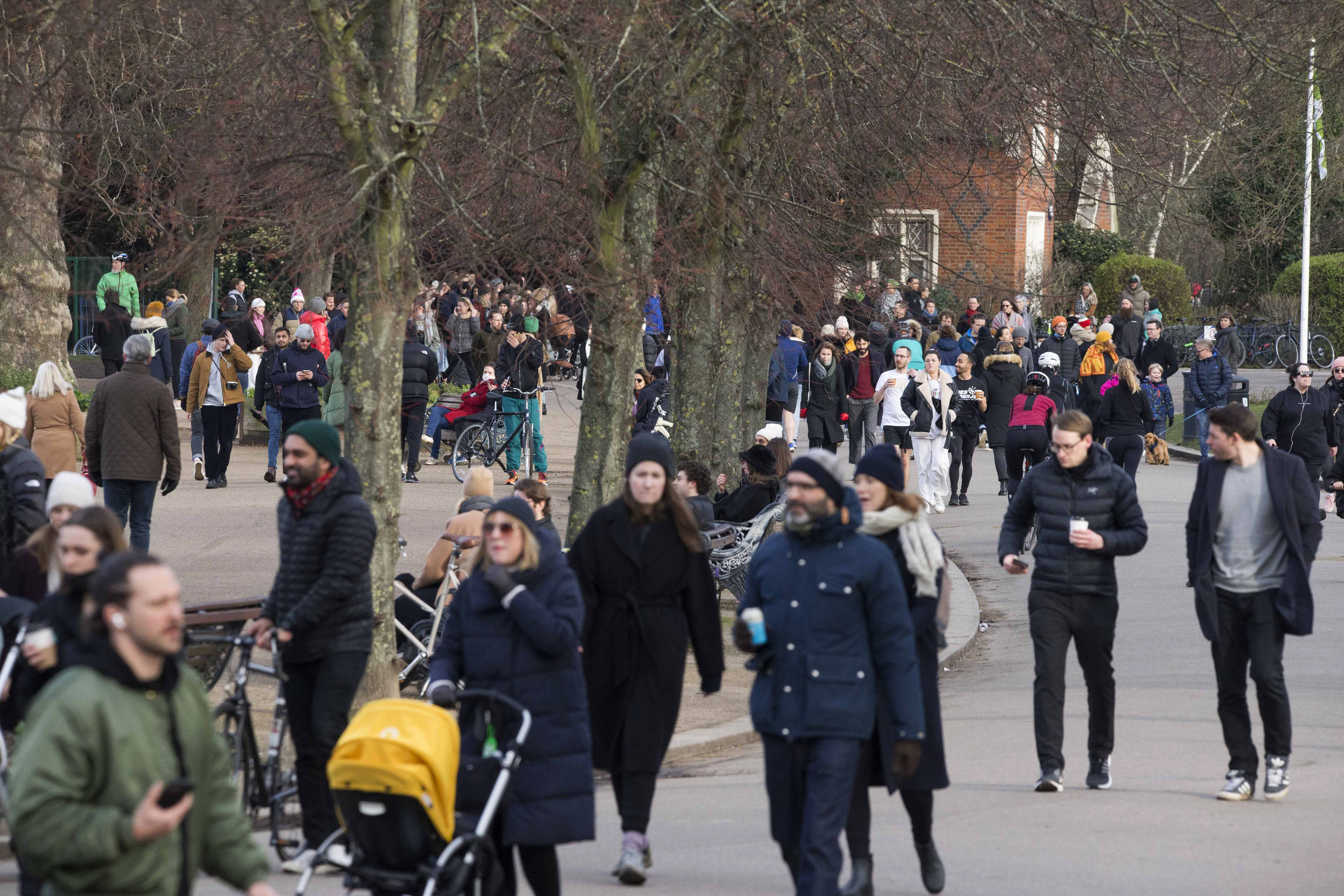 Over 3.5 million people in the UK have now received a coronavirus vaccineCredit: London News Pictures