OVEN cleaning is one of those household chores we put off until it’s absolutely necessary – it’s just gross, let’s be honest!

So when someone tells of a clever hack that will allow you to remove stubborn marks from inside the oven with ease, we listen and observe, because any and all tips are welcome. 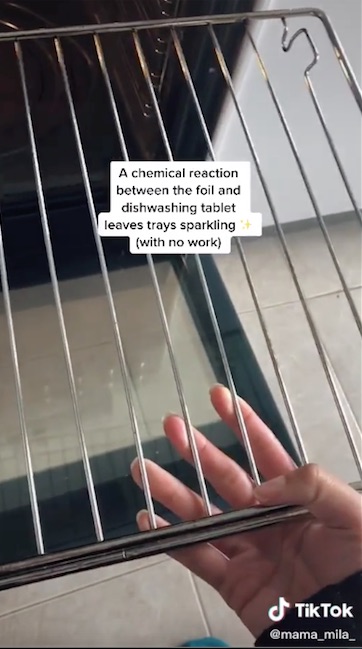 Many people have shared their tried and tested oven cleaning tips online, with The Pink Stuff, Elbow Grease and even fabric softener making the cut.

But in a video shared on Tik Tok, one mum revealed an uncommon yet genius way to get her racks sparkling – and it involves no scrubbing whatsoever.

After removing the trays from the oven, she completely covers them in kitchen foil and pops them in the bathtub.

She covers the trays with hot water and chucks in a dishwasher tablet before leaving them to sit for two hours. 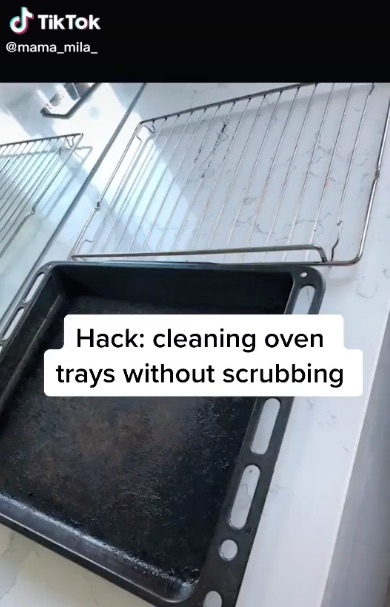 The cleaning hack requires no scrubbing at allCredit: Tik Tok 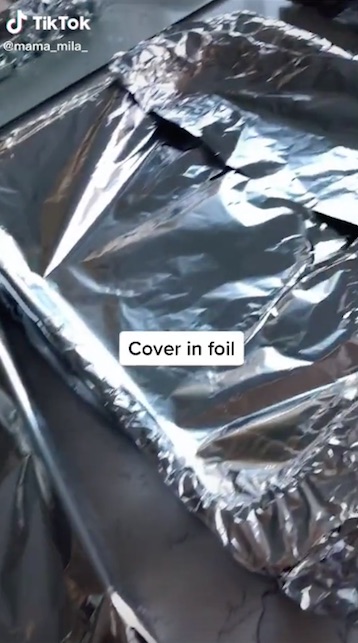 Don’t be fooled into thinking you have to do anything but wait, because once two hours has passed and you remove the foil, you’ll have yourself sparkling trays that look as if they’ve never been used.

How does it work you ask? Well, the chemical reaction between the foil and the dishwasher tablets will cause the food and grime to break down leaving the metal shiny as new.

And so long as you have two hours to wait, you don’t have to do anything else at all – it’s genius. 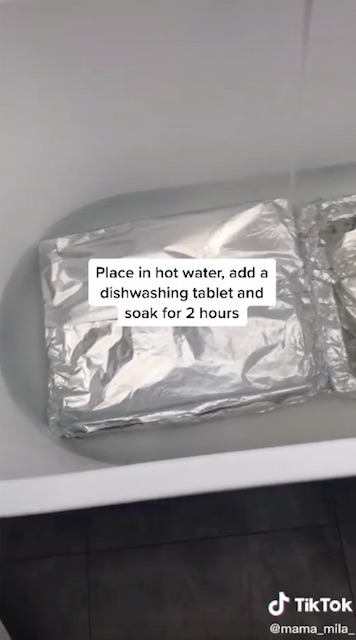 Soak them in the bathtub with hot water for two hoursCredit: Tik Tok 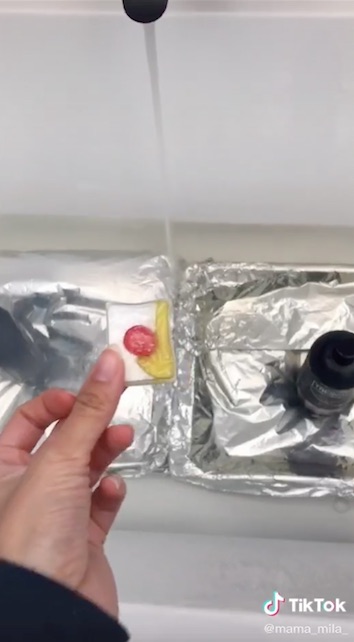 The dishwasher tablet will break down with the hot waterCredit: Tik Tok

While some were blown away buy the simple fuss-free cleaning hack, it appears some other cleaning fanatics adopted the hack some time ago and have been using it ever since.

One cleaver cleaning guru was even featured on Australian morning television showcasing the oven-cleaning trick.

She said: “THATS MY HACK. WAS FEATURED ON SUNRISE LAST YEAR FOR IT”

Thrilled to have learned of the hack, another person wrote: “Thank you! This is going to be life changing in my house!”

We also revealed how this woman gets her filthy silver jewellery sparkling in minutes using these two household items.

And people are turning fabric softener into cleaning sprays and reckon the cheap hack is better than Febreze.

Meanwhile, a mum who strip washed her shaggy rug has discovered it’s grey not brown.