ROASTING tins. Baking trays. Mugs with epic tea stains. There are some things you really have to scrub away at to clean.

So when we eventually get round to the teaspoons, who can blame us for giving them a half-hearted rinse and calling it a day?

That said, it’s hardly surprising that we’ve ended up with some tarnished teaspoons with this lacklustre approach.

Luckily, one savvy cleaning fan has revealed the two household items that got hers sparkling again in no time.

Filming her genius technique, mum Katrina Goodwin starts by pouring some bicarbonate of soda into a mug and adding a squirt of washing liquid over it.

She then tops it off with some boiling water and after the mixture has fizzed up, she allows her spoons to soak for a few minutes. 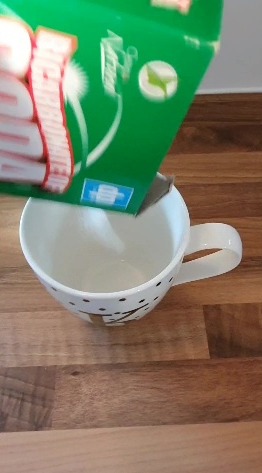 Katrina started by pouring bicarbonate of soda into a mugCredit: Katrina Goodwin 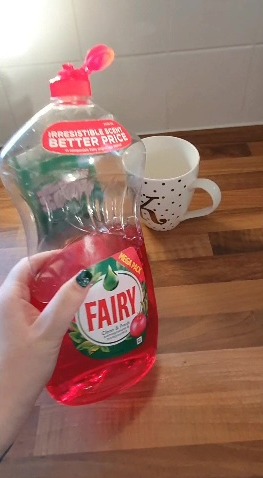 She then added a squirt of washing liquid and filled it with boiling waterCredit: Katrina Goodwin

Once the soapy water has cooled down, Katrina gives the spoons a quick stir and dries them on a cloth.

And just like that, the formerly tarnished spoons look as good as new – but how does it work?

Well, bicarbonate of soda breaks is known to break down dirt and grease while the washing liquid restores the shine.

What’s more, Katrina previously revealed how she got rid of annoying paint marks on her door handles with Deep Heat.

For more cleaning tips and tricks, this mum’s ‘mind-blowing’ cleaning hack gets her grotty shower screen sparkling WITHOUT scrubbing.

And this woman completely changed the colour of the grotty patio she hasn’t washed in SIX years using £2 The Range spray.

Where was ITV’s Finding Alice filmed?