Travis Campbell, a University of Massachusetts at Amhurst economics PhD candidate, researched the ancillary effects of the BLM movement on police use-of-force, first reported by Vox. 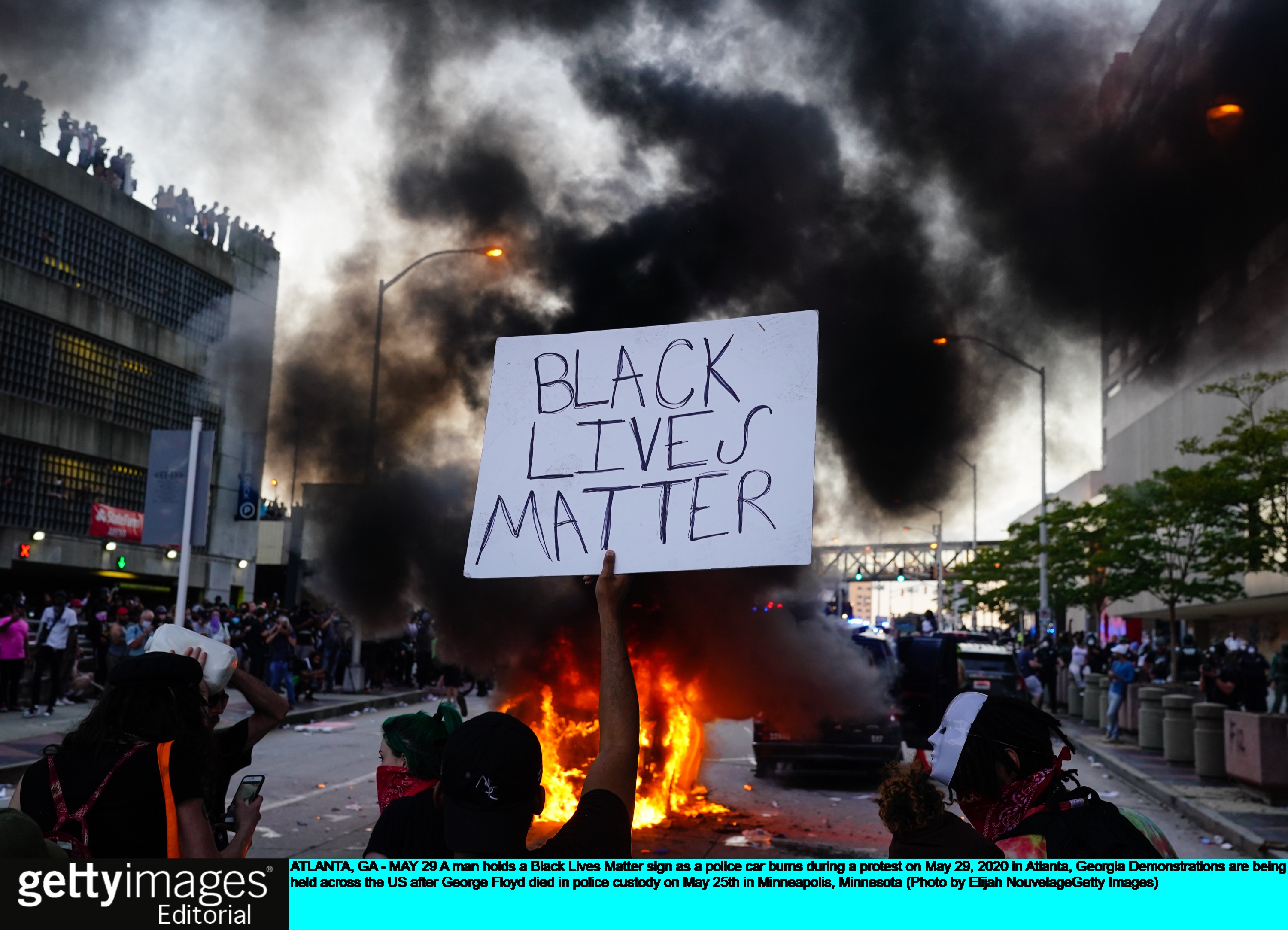 An academic paper makes findings that BLM protests sweeping through cities around the US lowered police-involved homicides in those locationsCredit: Getty

His findings prove that BLM protests in specific cities played a key role in lowering police homicides by as much as 15% to 20% compared to other locations where such racial injustice protests didn’t occur.

Campbell estimates that there were about 300 fewer police killings around the country between 2014 and 2019 as a direct result of BLM civil unrest.

But the researcher also reached another stunning conclusion: in the cities where BLM activism was advancing, there was a 10% hike in overall murders — suggesting around 1,000 to 6,000 more murders occurred in the US.

The paper omitted specific effects brought on by last summer’s tsunami of protests in the wake of George Floyd’s death at the hands of cops in Minneapolis, according to Vox. 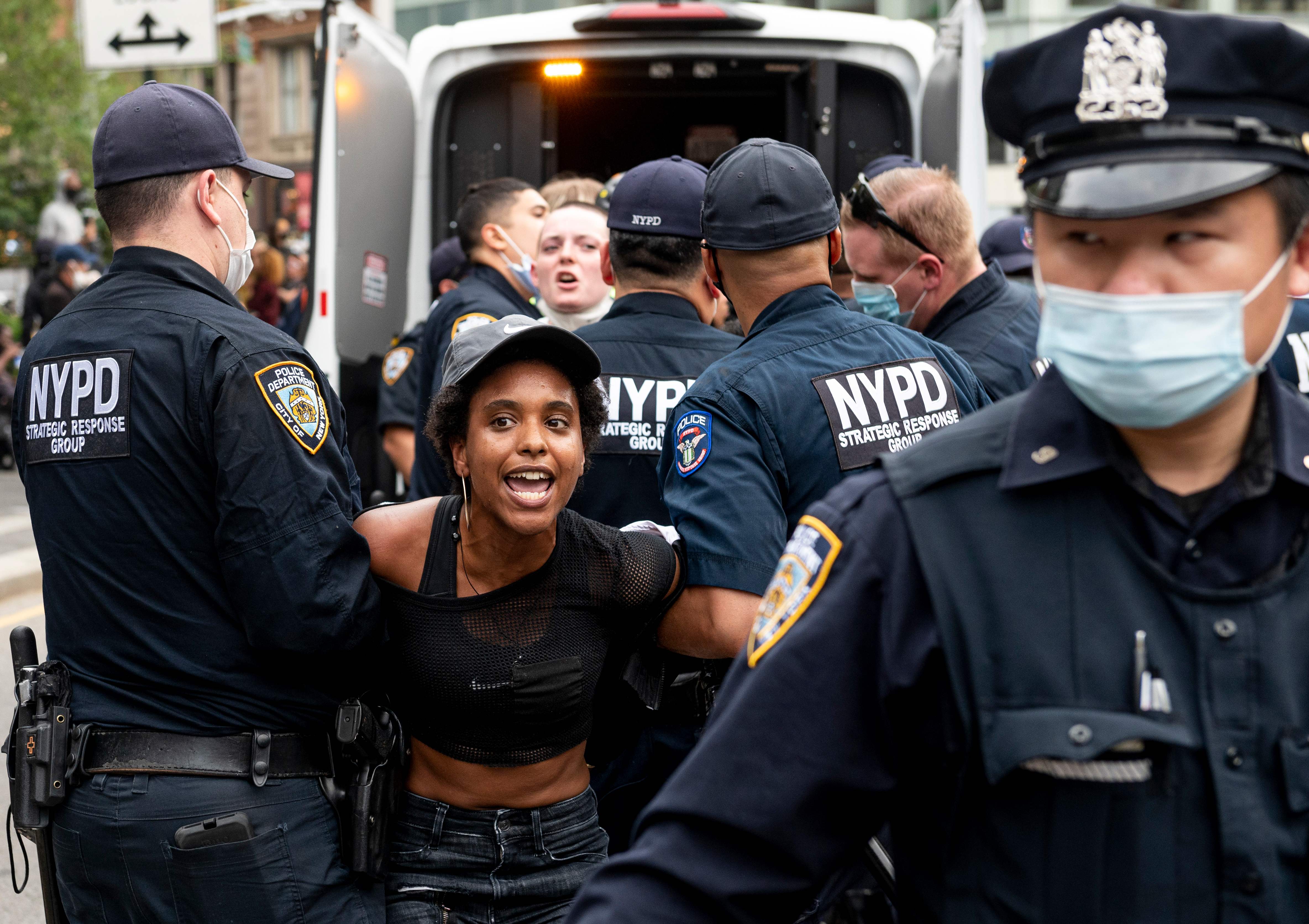 Cities with BLM protests saw a decline of 15% to 20% less police homicides, but a 10% uptick in overall homicides, according to a researcher’s published paperCredit: AFP 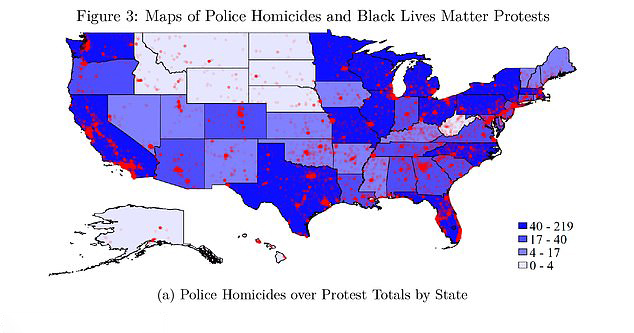 Campbell cautioned against making any definite conclusions about the downward and upward trends in the BLM-related homicide data, in an interview with DailyMail.com.

“I know that it’s really tempting to want to compare a count of homicides to a count of use of force, but I really don’t think that is a good thing to do,” Campbell told DailyMail.com.

“There are different implications when the police kill people and when civilians kill people,” he went on to say.

“There is evidence of really important spillover effects to police killings, specifically the impacts on black mental health and on crime — there is evidence police homicides impact civilian homicides.”

Another possible reason why the trend of BLM protests are affecting police killings so positively is that the marches and outreach efforts are leading to “less police effort and less proactive policing,” which could explain both the decrease in police killings as well as the overall increase in murders, according to DailyMail.com.

Also critical to the effects of BLM protests on police practices, Campbell claims departments are holding officers to a higher bar and adopting body cameras and outreach efforts to put a greater stress on community policing.

What’s more, the marches and efforts spawned by BLM have inspired some departments to seriously attempt to curb the use of lethal force in encounters with the public.