The midfielder, 17, further strengthened his burgeoning reputation with another fine performance against Manchester City in the Champions League. 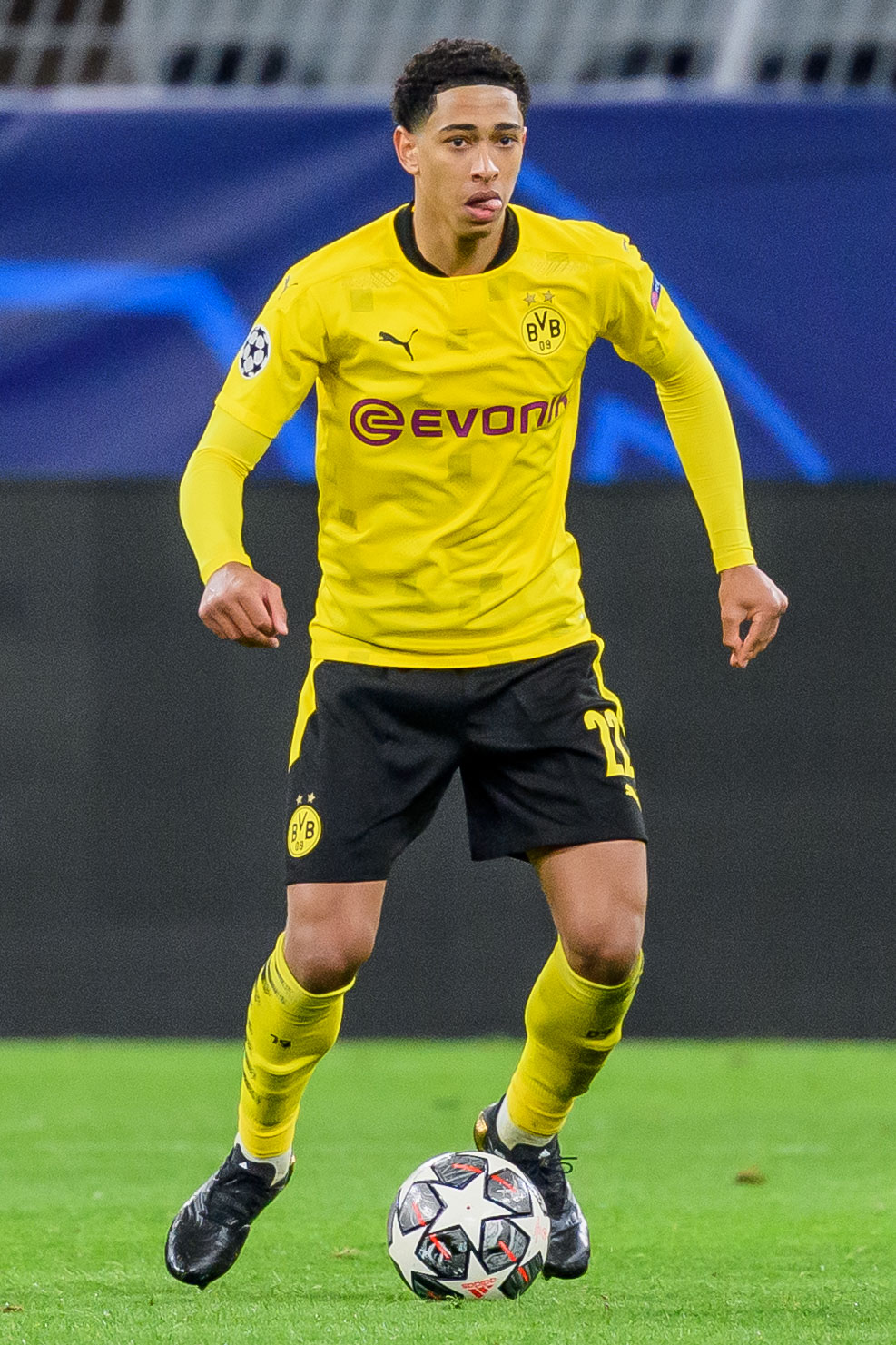 Chelsea are being linked with a huge swoop for Jude BellinghamCredit: Getty

Former Birmingham City ace Bellingham was chased by City’s neighbours Man United last summer but the Red Devils lost out to the Bundesliga side.

But Dortmund are bracing themselves for another tricky summer as they aim to hold on to their young talent, including Jadon Sancho.

Now Eurosport claims Chelsea are the Premier League club currently displaying the most interest in their latest starlet.

They have long been linked with a move for West Ham’s Declan Rice to bolster the middle of the park.

But interest seems to have cooled since Thomas Tuchel replaced Frank Lampard in January.

Now it is claimed they feel Bellingham would be more suited to the style that the German is trying to implement at Stamford Bridge.

However, any move would come at a huge price.

Dortmund are said to believe they will recoup a fee of around £100m when they do eventually decide to sell.

After his display against City, Pep Guardiola hailed the teen, saying: “I cannot believe it. Maybe he’s a liar! He’s so good for 17 years old!

“I saw one image where he didn’t get the ball from the central defenders and how he shouted, how he demands the ball to him at 17 years old means a lot.

“I spoke with his manager Edin and he told me that ‘Pep, what you are seeing in these two games is every time in training sessions’. So they have a huge talent.”