THOMAS TUCHEL is wasting no time in proving his credentials as he closes in on a Premier League record.

Monday night’s 2-0 victory over Everton means he has extended his unbeaten record as Chelsea manager to nine games since his appointment at the end of January. 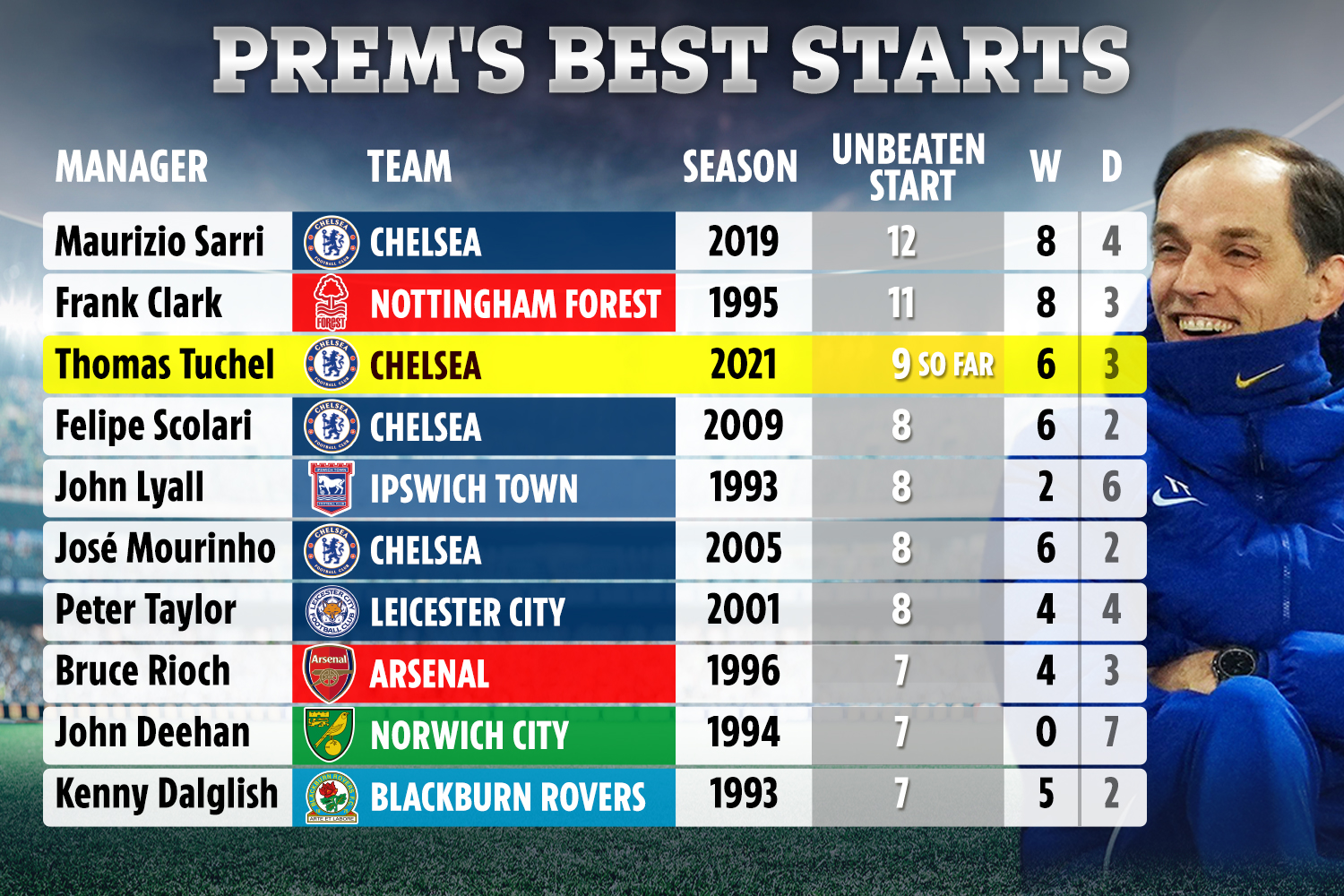 The German gaffer has inspired his side to six wins and three draws including victories away at Liverpool and Tottenham.

Since his arrival, Chelsea have only conceded two league goals that came in a 1-1 draw with Southampton and a 2-1 win away at Sheffield United.

Tuchel’s unbeaten run stretches to 11 games in all competitions that also includes an impressive 1-0 victory over Atletico Madrid in the Champions League.

But his league run could be unrivalled should his side avoid defeat in their next four matches.

Tuchel will certainly fancy his chances of extending his league record judging by Chelsea’s upcoming fixtures. 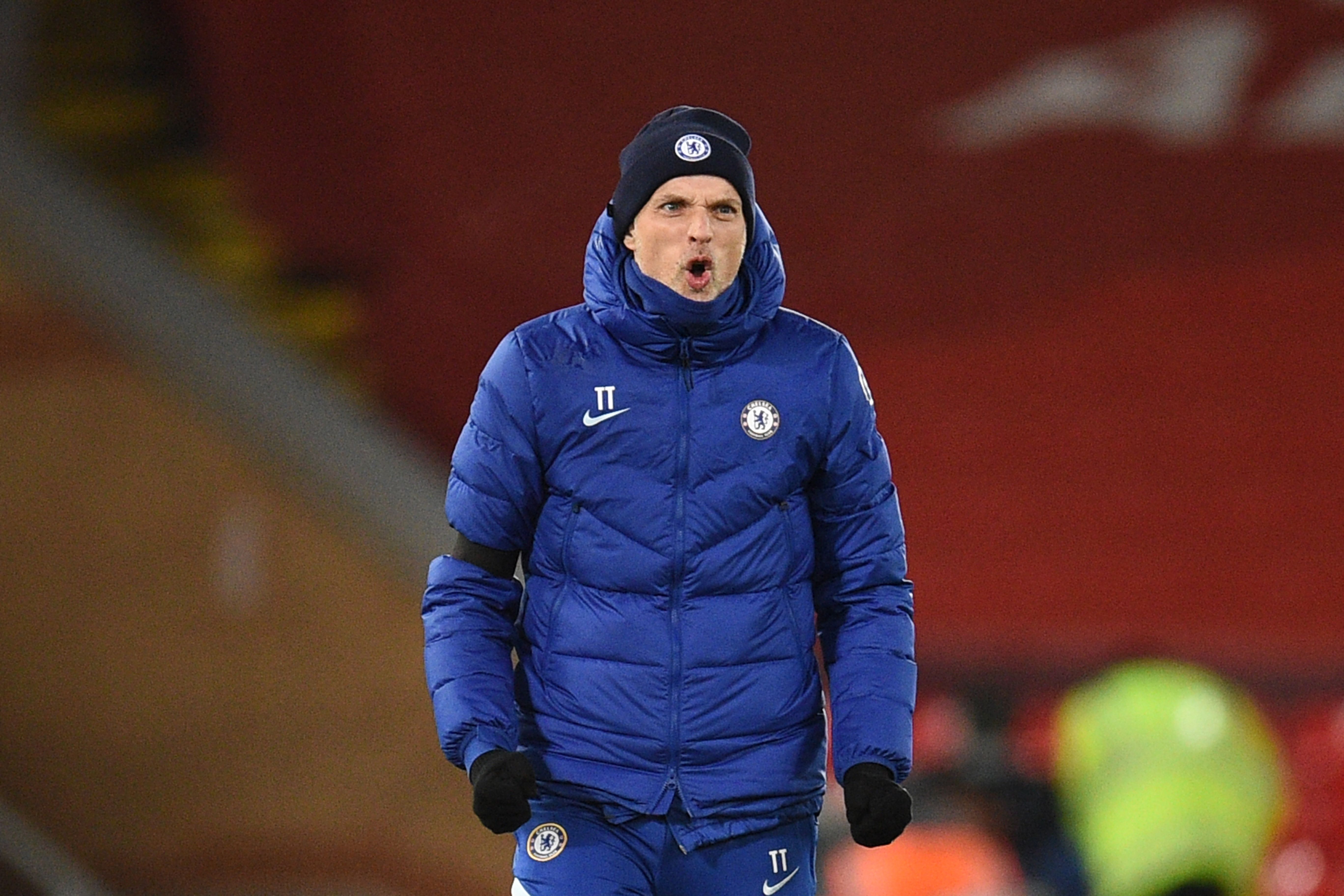 Thomas Tuchel has inspired his side to push for a Champions League finishCredit: AFP and Licensors

They face a trip to Leeds for the early kick-off on Saturday before hosting relegation-threatened West Brom.

Chelsea could make it 12 games undefeated with a trip to Crystal Palace before potentially breaking the top flight record at home to Brighton.

Their league form has catapulted the club to fourth in the Premier League, four points adrift of second-place Manchester United.