THE Champions League final could be held in New York in Uefa’s dramatic revamp.

European chiefs want to agree the new 36-team model for their biggest prize will run for at least nine seasons from 2024. 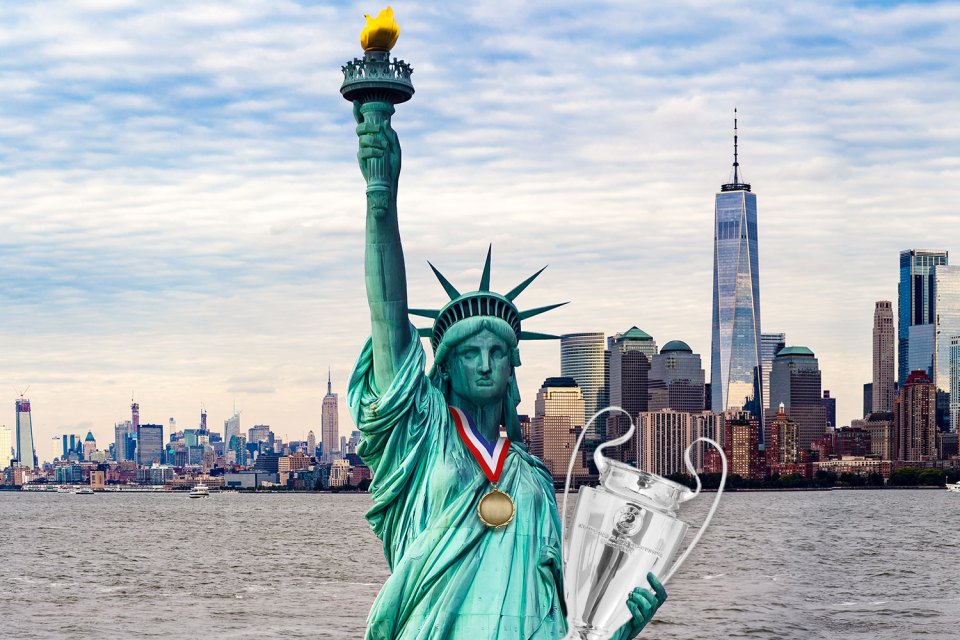 And as part of the pitch to potential sponsors, Uefa is suggesting that the showpiece event could take ‘Old Big Ears’ to the Big Apple.

President Aleksander Ceferin floated the prospect of the Champions League final being taken out of Europe shortly after his election in 2016.

He said: “I think it might be an idea in the future but we have to speak about it.

“To go from Portugal to Azerbaijan, for example, is almost the same as if you go to New York. For the fans it’s no problem.”

Ceferin subsequently rowed back from the idea in the short-term and the upcoming finals will be staged in Istanbul in June, followed by St Petersburg, Munich and then Wembley in 2024.

But that will signal the end of the Champions League in its current format.

Despite opposition from European top flight leagues, including the Premier League, Uefa is determined to plough ahead with its revamp concept.

That will see the 36 teams – with two of the four extra places awarded to clubs based on ‘historical coefficients’, representing a potential backdoor route for the likes of Manchester United or Juventus – put in a single league.

All teams will play ten games against seeded opponents to create a final table through the the so-called ‘Swiss system’.

The top eight clubs will pass to the last-16 knock-out stage by right, joined by the winners of play-off involving those sides ranked from ninth to 24th.

But Uefa recognises the need to change its marketing strategy to get more high value sponsors on board.

And appealing to the cash-laden US market could be the key to unlocking extra millions in revenue.

American fans are desperate to see Europe’s biggest sides play competitive games on their soil and no match means more than the Champions League Final.

A 3pm Saturday afternoon kick-off on the East Coast would still mean the match beginning in its normal 8pm slot in the UK, 9pm in most of Europe, so it would not impact negatively on the ‘home’ market.

But turning the final into a truly global event, not every season but on an occasional basis, would be a significant move.

It could also spark a bidding frenzy from US broadcasters for TV rights to the crown jewel of European club football.

“Commercially it makes all the sense in the world for Uefa to explore this.”