CANDACE Owens blasted Joe Biden for underestimating Antifa’s actions after a group of protestors set an Apple store on fire in Portland.

The conservative pundit took to Twitter to question why the president had dismissed the movement when riots were exploding all over the country, protesting police custody shootings. 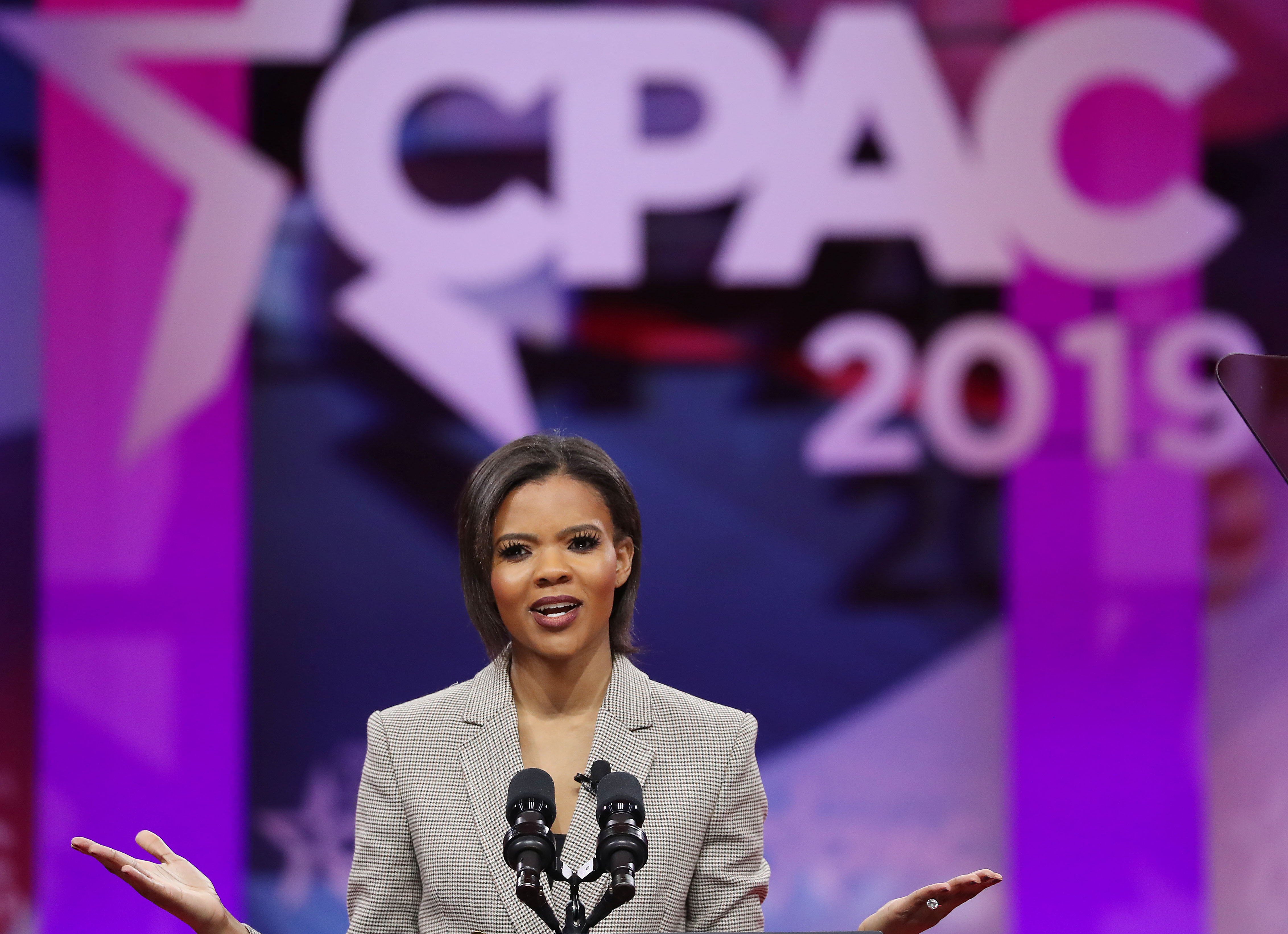 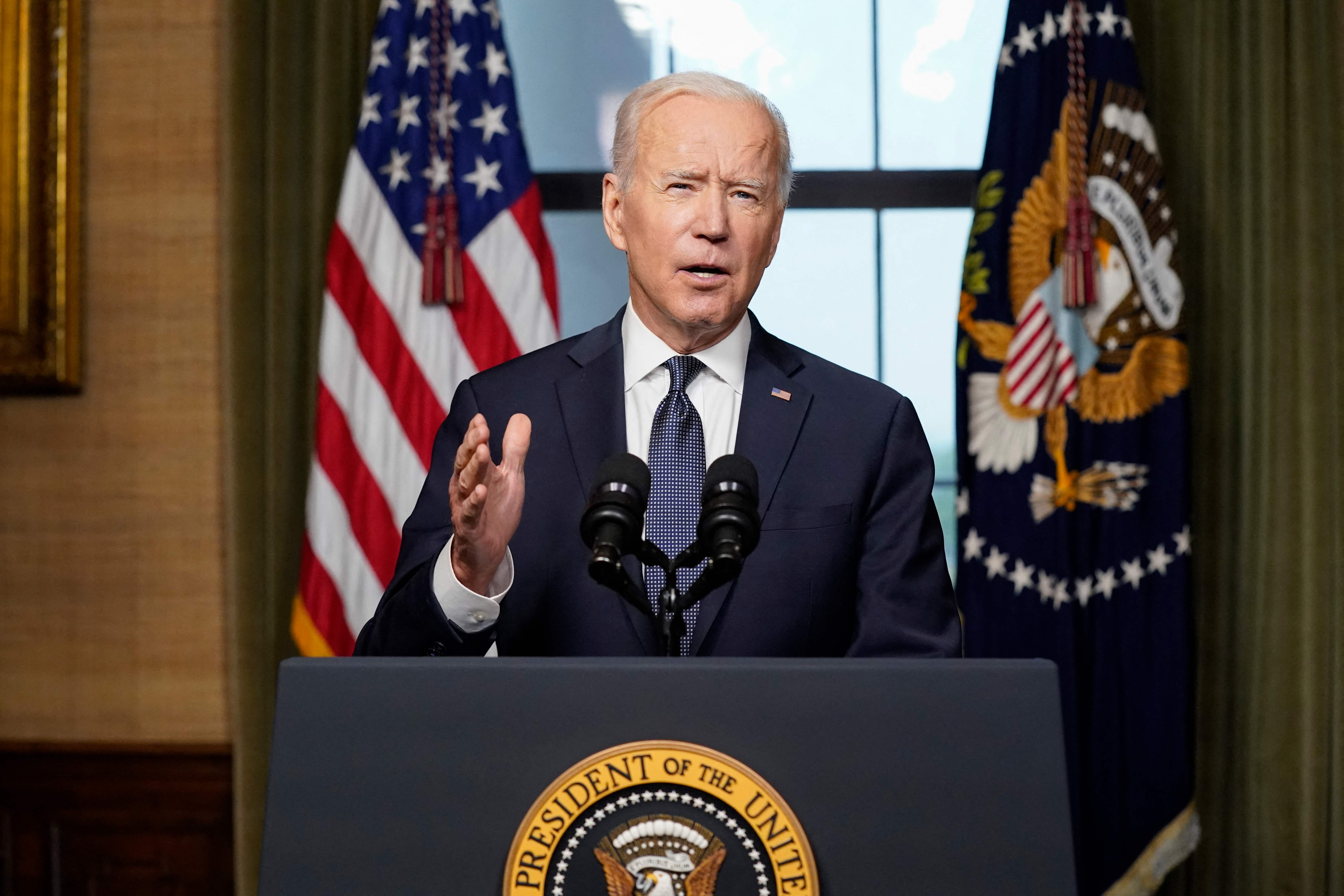 Owens slammed Biden for downplaying Antifa as a ‘threat’Credit: AFP 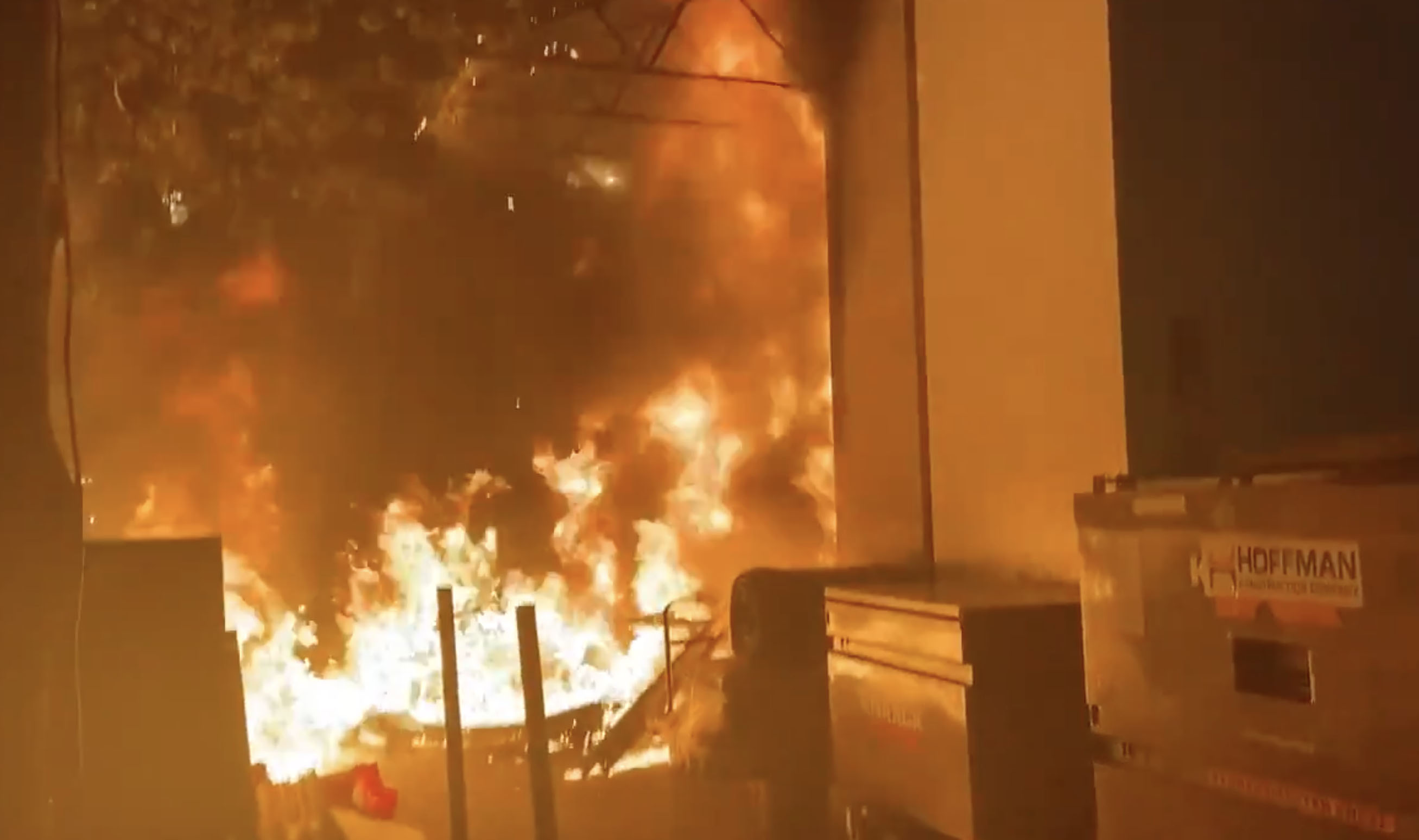 A fire was set outside an Apple store on Friday night in Portland amid demonstrationsCredit: Twitter

“Joe Biden says ANTIFA is an ‘idea,'” she wrote. “Don’t believe your lying eyes. these are not domestic terrorists— the people who took selfies in the Capitol building are.”

Owens shared a video of a fire which was supposedly set outside an Apple store on Friday night in Portland as demonstrators protested the police custody deaths of Daunte Wright and Adam Toledo.

The Portland police declared the demonstration as a “riot” as a group of protesters set fires and smashed windows of businesses, a church, and the Oregon Historical Society, according to The Oregonian.

Several hundred people marched through the area and began vandalizing and looting businesses, the police said on Saturday.

Violent clashes broke out in Chicago, NYC and Minnesota at Black Lives Matter protests over the fatal police shootings of Adam Toledo and Daunte Wright.

Thousands of people gathered peacefully across America to demonstrate against police yesterday, but as the night went on tensions grew.

Dozens of people were arrested and several injured following clashes between BLM protesters and cops. 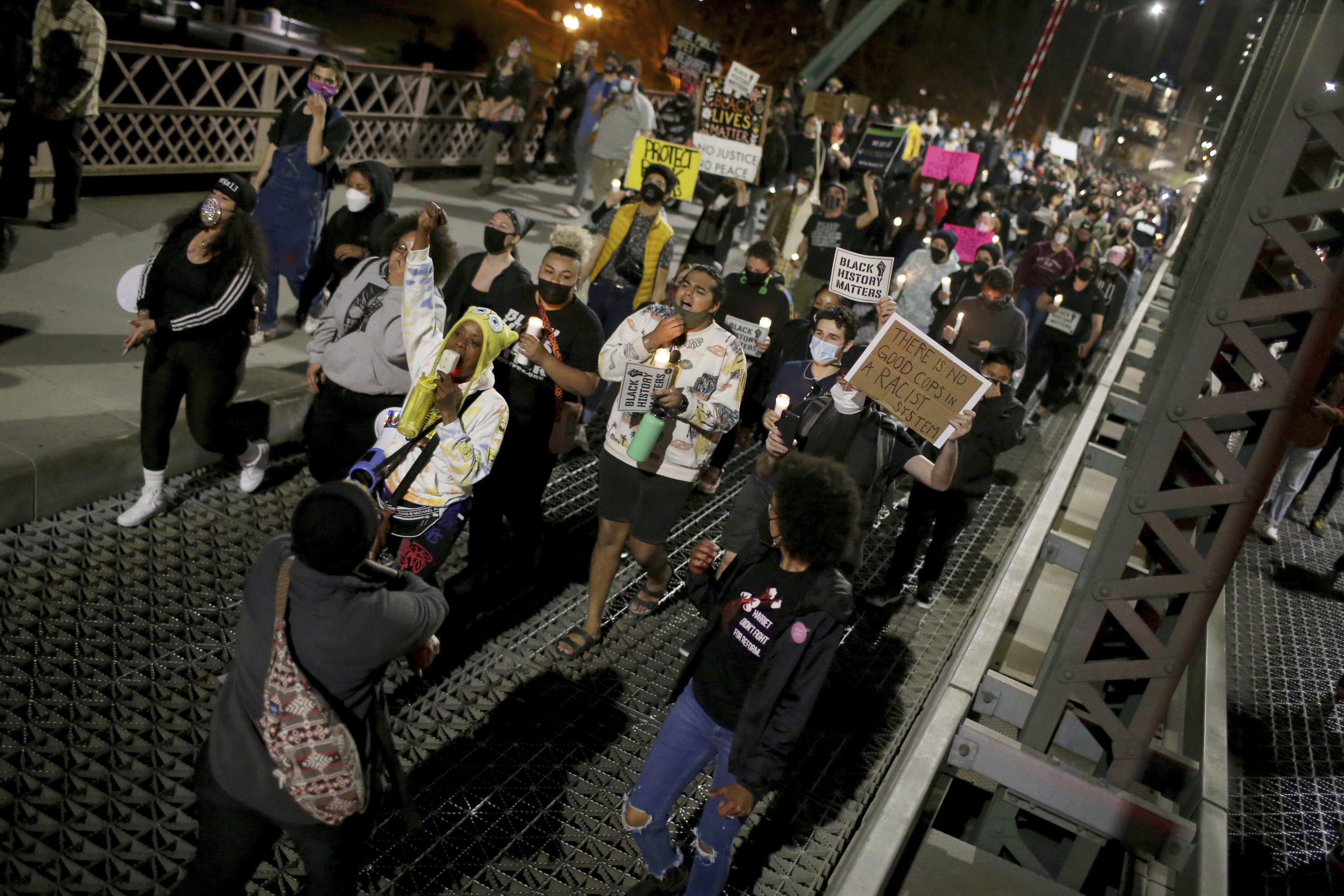 Demonstrators gathered in Logan Square Park, Chicago, to demand justice for Adam Toledo, a 13-year-old who was shot dead by cops on March 29.

The protest began at around 6pm, with people marching and shutting down the six-corner intersection of Milwaukee, Diversey and Kimball around 7.30pm.

Many said they were protesting to demand police reform and Mayor Lori Lightfoot’s resignation, claiming the current system does not work.

As the event came to an end at around 10pm, a small group of protesters began clashing with police officers.

Protests began across Chicago after bodycam footage of Toledo’s death was released on Thursday.

Toledo was fatally shot in an alley after running from police around 2.30am on March 29. 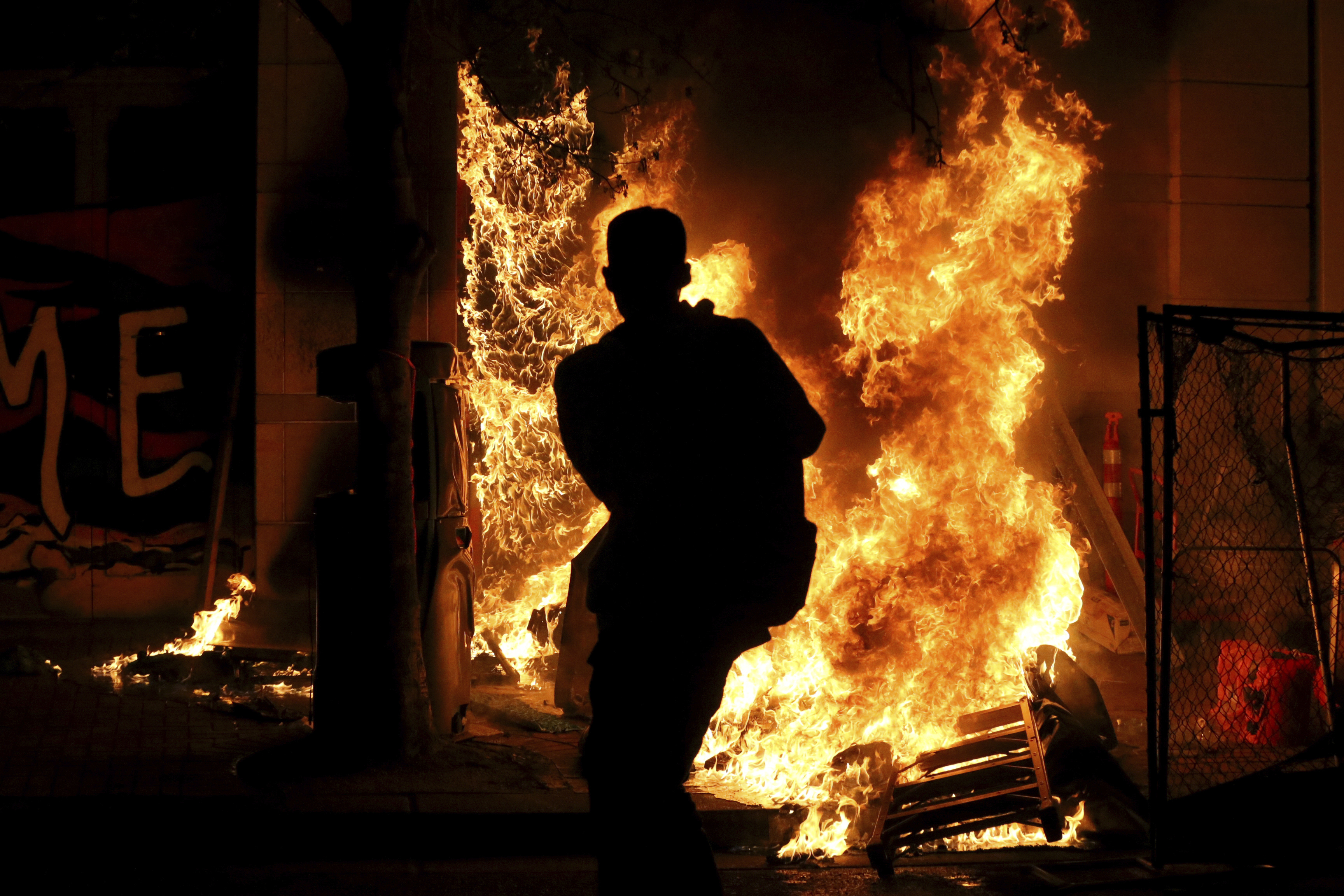 The Portland police declared the demonstration as a “riot” as a group of protesters set firesCredit: AP

Almost 1,000 people gathered in front of the police headquarters in the city by 9pm yesterday, the Star Tribune reports.

The protest was peaceful at the beginning, but became tense during the evening with a speaker leaving a message for police officers, saying: “We’re going to make their lives miserable every night.”

Police began deploying flash bangs to scatter the crowd, some of whom shielded themselves with umbrellas, according to reports.

Pepper spray was also used against some protesters after the protest was declared an unlawful assembly. 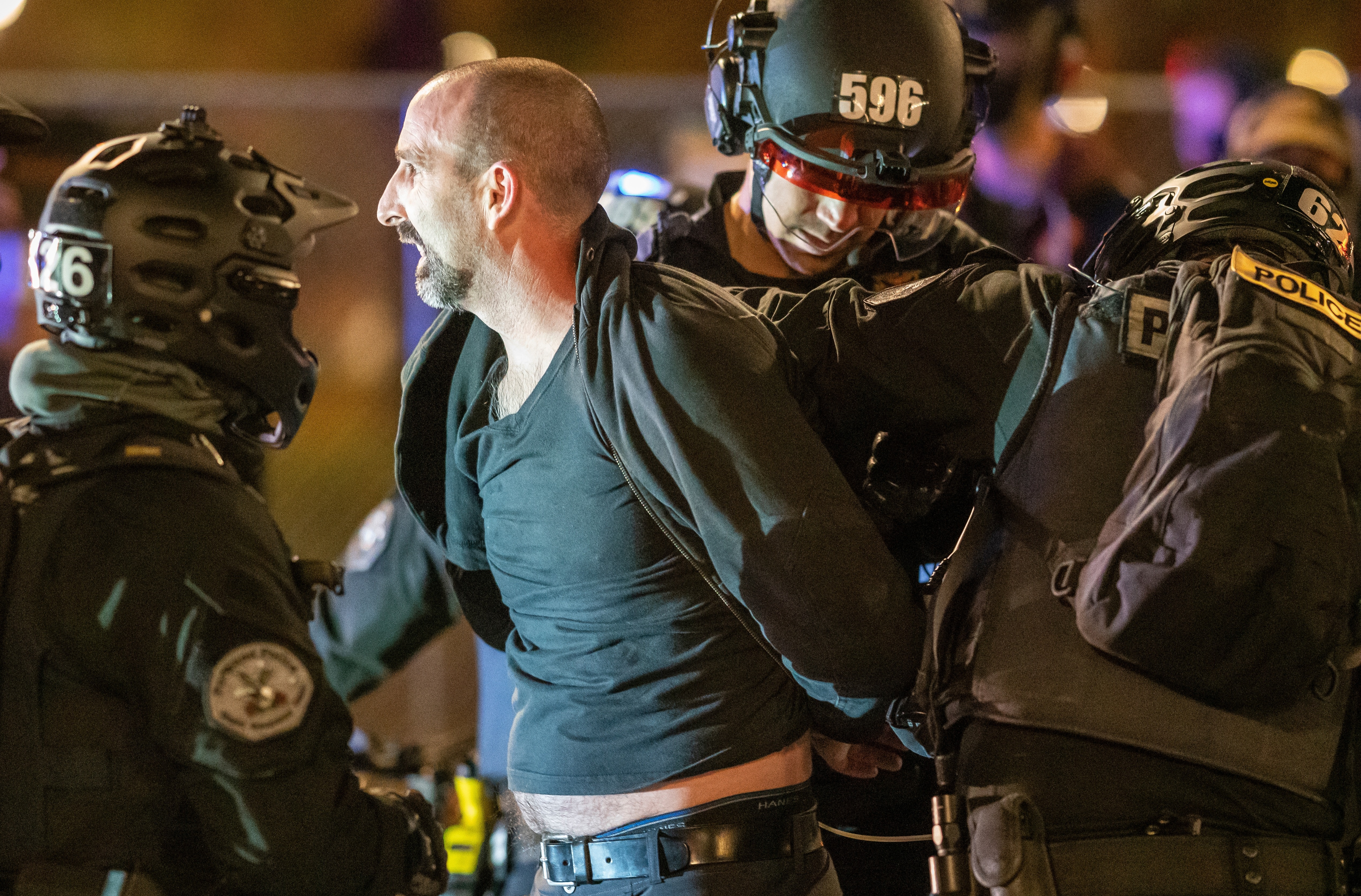