BRITNEY Spears has shared throwback photos in cheetah print lingerie as fans continue to think she is pregnant.

On Sunday, the Womanizer singer posted some pics revisiting her head-turning lingerie she wore while on vacation in Hawaii with fiancé Sam Asghari. 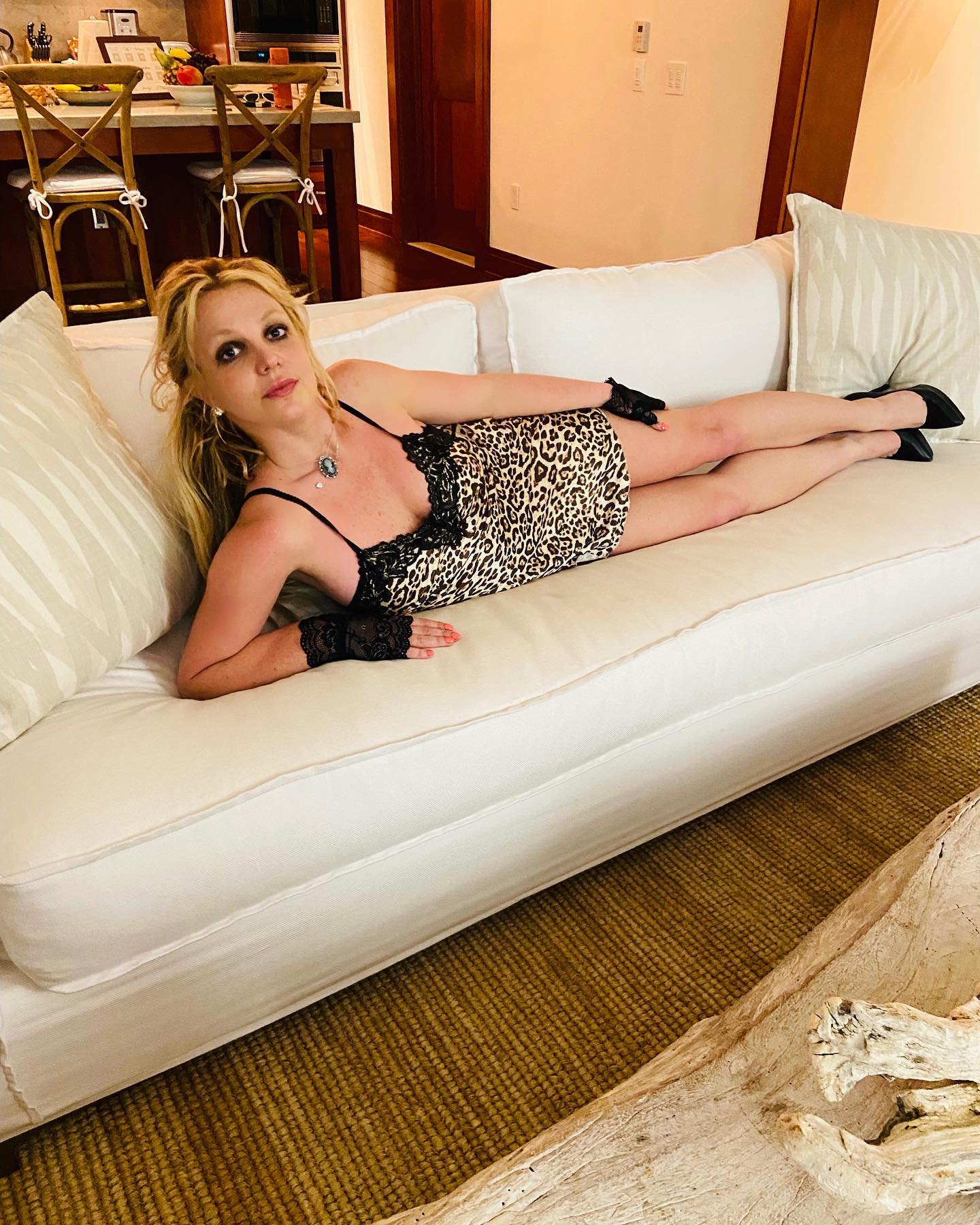 Fans are convinced the singer’s recent behavior is proof she is pregnantCredit: Instagram/@britneyspears

Britney, 40, paired the slender slip with a fingerless gloves and black heels.

She captioned the updated photo collection: “More pics of my cheetah dress in Maui.”

Britney has been in a throwback mood lately, mainly posting pics she has shared before.

However, one post she shared recently sent fans wild. 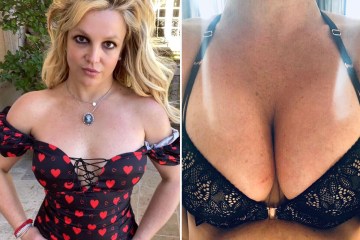 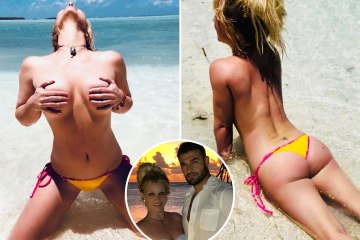 Just days after refreshing and returning to Instagram, the Toxic artist sparked pregnancy rumors after she shared a TikTok video of a woman’s baby bump.

In the clip, a pregnant woman laid on her side as her unborn child moved wildly in her belly.

“Mommy … get me out of here!” the hitmaker joked in the caption before crediting the original creator: “lirios9595.”

Fans were stunned by the post as they raced to the comments to speculate a third child for Britney.

“Are you pregnant?” one asked, while a second wrote: “Got something to tell us?”

“GIRL, thought you were pregnant!” a third gushed, while another confessed: “I think she’s been subtly hinting she is.”

“If she’s pregnant that would explain a lot,” one fan reasoned.

While it’s not yet clear if she is truly pregnant, she is expected to deliver some new music soon.

Britney hasn’t released an album for six years, but now that she is free from her conservatorship, the performer is taking steps towards a comeback.

A music insider said: “It is very early days and Britney isn’t putting any pressure on herself to release an album right away or anything, but her team are putting feelers out about the prospect of new music.

“Several people who she feels comfortable working with have been contacted and asked if they would like to work on music with Britney again and everyone seems pretty keen to be involved.

“She has been through an incredibly tough few years but deep down she does love making music and performing so to have some new music out there could really help her turn over a new leaf.”

There is huge demand among her fans for new music from Britney, who is one of the most successful musicians in pop history, with more than 150million records sold worldwide.

Britney released four albums while she was bound by her conservatorship, but in 2019 she started to refuse to work on any new music, in a bid to get out of the arrangement.

Back in December she said that not making music was a way of saying “f*ck you” to her family for keeping her in the conservatorship, but it seems she is now more open to the idea after an outpouring of love from her fans.

In a post on her Instagram account, Britney said: “I guess it seems odd to most now why I don’t even do my music any more . . .  that’s just the surface issues.

“People have no idea the awful things that were done to me personally . . .  and after what I’ve been through, I’m scared of people and the business.

“Not doing my music any more is my way of saying, ‘F*ck you’, in a sense when it only actually benefits my family by ignoring my real work.” 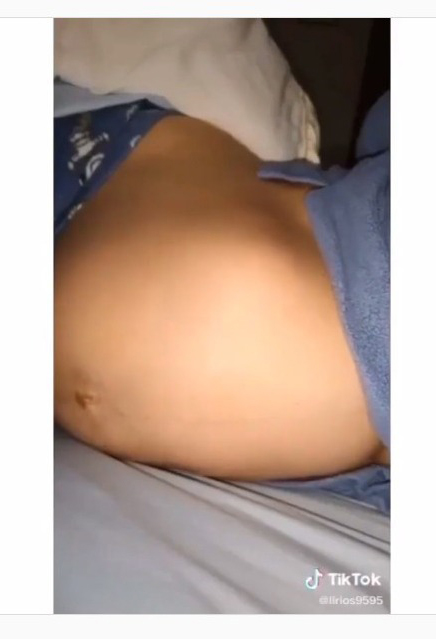 Fans went crazy after the singer shared this video of a soon-to-be motherCredit: Instagram 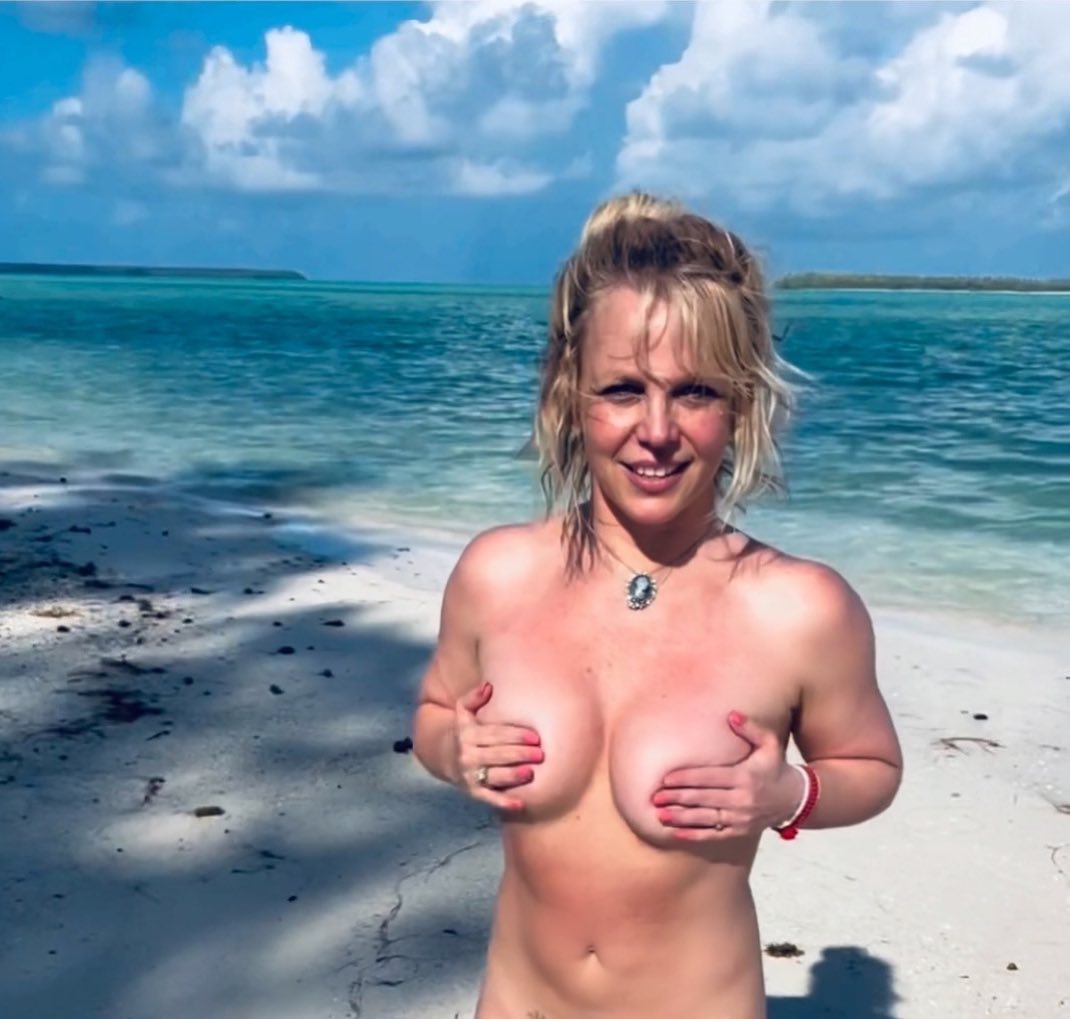 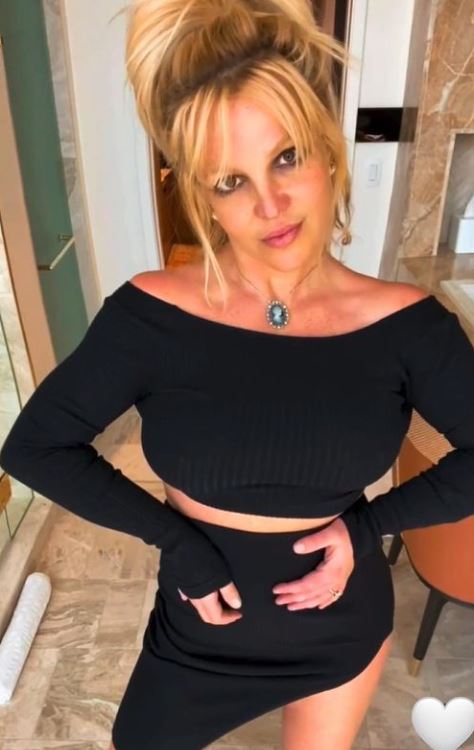 The hitmaker is said to be working on some new musicCredit: Instagram