SOMETHING strange happened when I went out for lunch a few weeks ago before being plunged into Tier 4.

Given I have a new baby, and lockdown regulations are ever-changing, this would be noteworthy in and of itself. 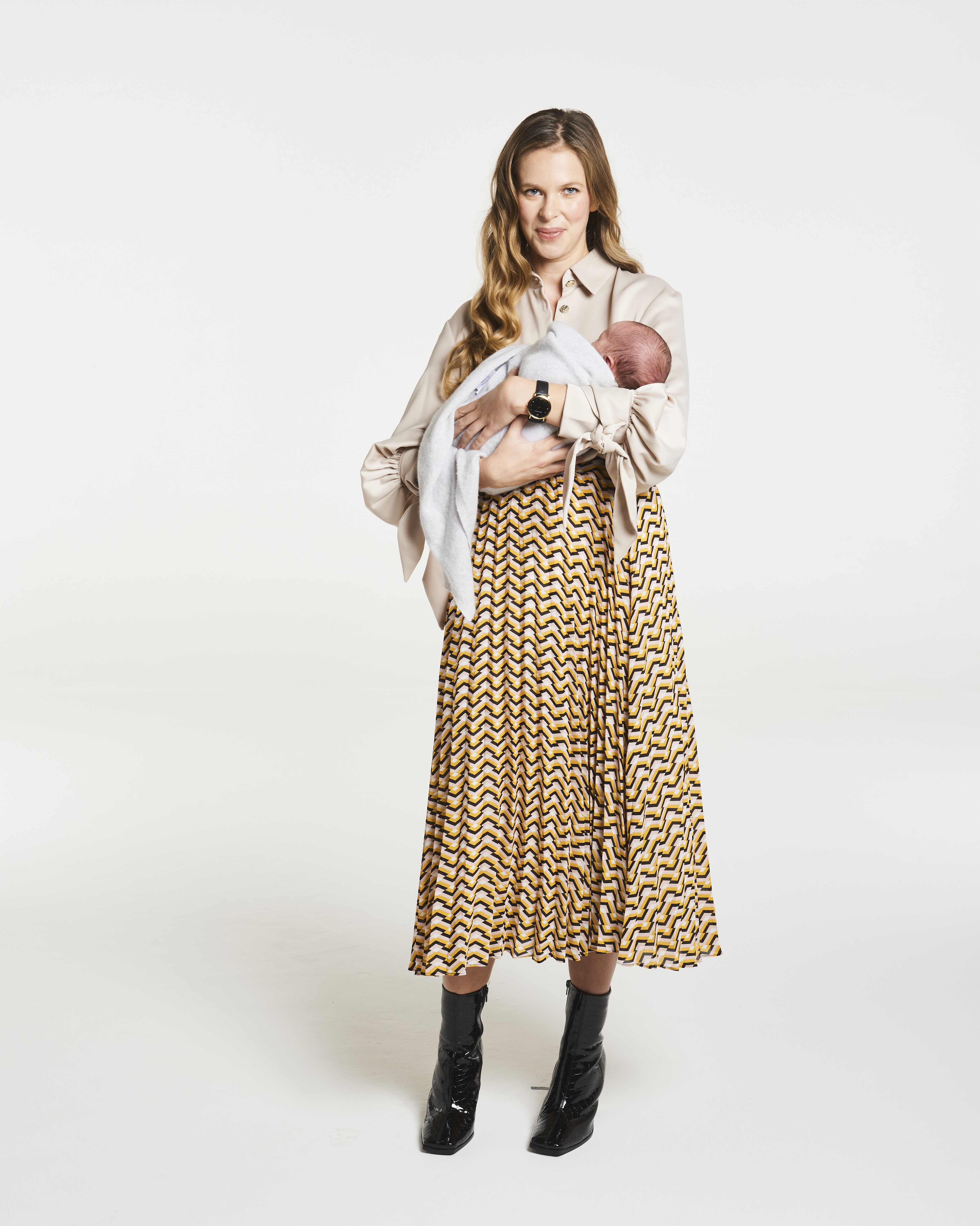 Breastfeeding should incite awe and compassion, not stares and accusations of inappropriateness, says our columnist Kate WillsCredit: Lancton

But this incident happened between courses, when I unbuttoned my shirt to give my daughter Blake some lunch.

“Um, do you want to switch places with me so you’re, er, more private?” asked my dining companion, visibly embarrassed by the fact that – shock, horror! – part of my boob was on show.

I hated making her uncomfortable, but I feel adamant that women shouldn’t feel awkward or ashamed about feeding their babies. I didn’t want to banish myself to a corner of the room, or the bogs, or erect some sort of pop-up tent around me.

Having breastfed for three months, I’ve become used to whipping out my boobs. I’ve nursed Blake everywhere from a kebab shop to a fancy hotel and even during a work Zoom call.

I latched her on for a bit while I wrote this sentence, not to underline my point, but because she was hungry and I’m on deadline.

Getting the baby on the boob has fortunately been straightforward and I’m also relatively comfortable with my body.

I have friends who say they feel too self-conscious, and that feeding anywhere but at home makes them feel vulnerable.

Another mate confessed she would rather die than do it in front of her dad or her father-in-law, which I understand. 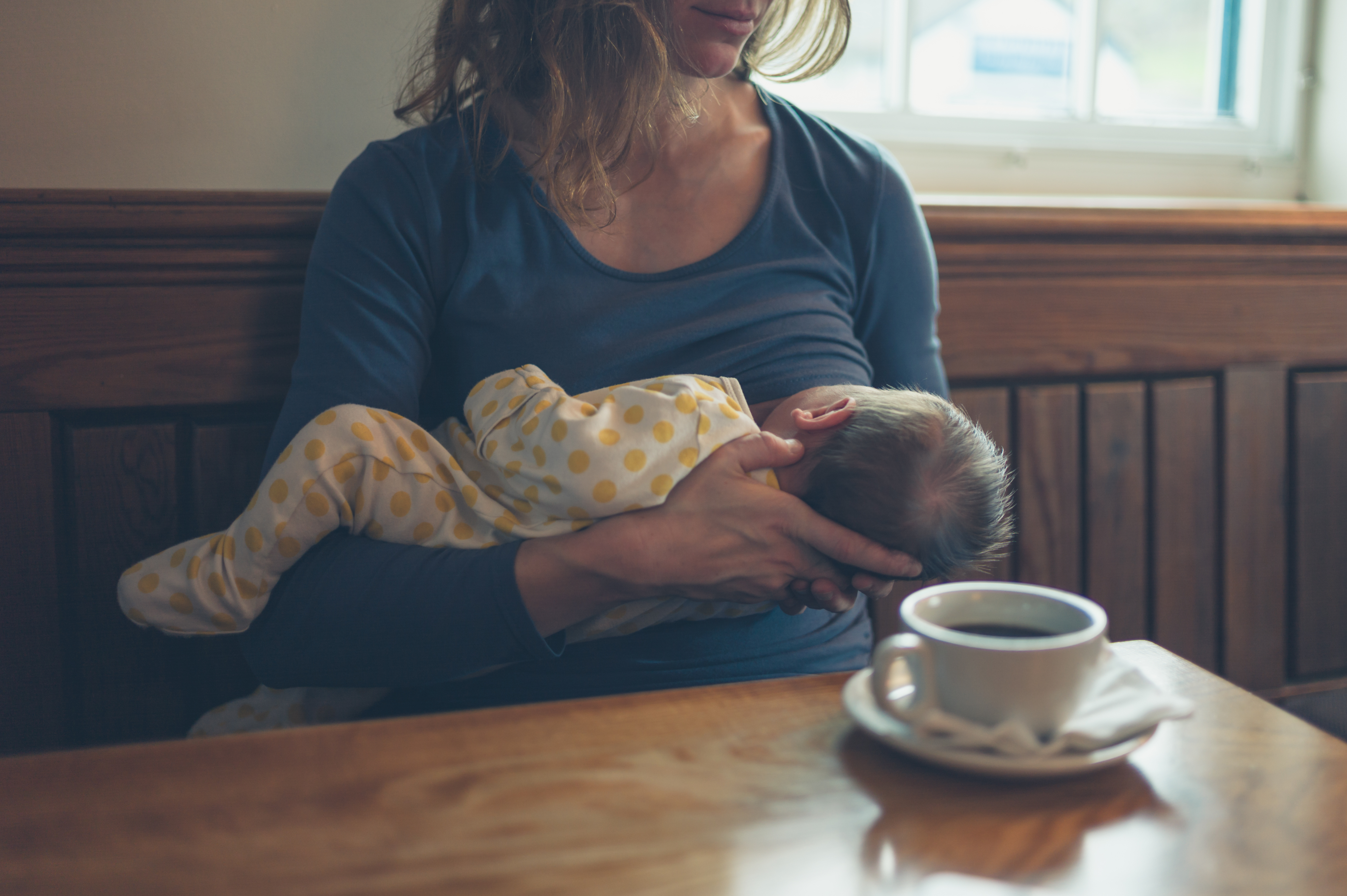 But the more we see other women breastfeeding, the more we normalise it. It’s not always an easy process, particularly when your boobs are sore and your nipple shoots out a spraying arc of milk across the room and your baby doesn’t seem interested and just leaves you hanging.

Breastfeeding should incite awe and compassion, not stares and accusations of inappropriateness.

I think it’s sad that a third of women feel too embarrassed to breastfeed in public and that breastfeeding was only finally allowed in the House of Commons last year.

It’s no wonder the UK has one of the lowest breastfeeding rates in the world. It seems society just can’t get over breasts being used for lactation and not titillation.

‘SOMEONE STARING AT ME’

In the first episode of The Undoing, Nicole Kidman and Hugh Grant’s much-talked about whodunnit TV show, one of the characters, Elena, breastfeeds at the table, much to the shock and snickering of the other women.

“Spectacular breasts,” one comments afterwards. Cardi B, who made headlines for breastfeeding her daughter Kulture in the music video for Money, recently fought back at trolls who nipple-shamed her for the size of her areolas after she accidentally posted a topless selfie.

“Cause I breastfed a baby for three months titties got bigger so nipples got bigger,” she shot back. “It’s OK, let me know if your daddy wanna get breastfed.”

Which is a line I’d like to try next time I catch someone staring at me while Blake gets her chomp on.

Slathering on… Le Labo
The fragrance brand’s body lotion smells so good (and is less spenny than the perfume).

A few days after my restaurant outing, I was sitting on a park bench, feeding alfresco.

A little girl stopped and properly stared at me in the way that children do because they have no filter.

I wonderedif more girls saw more women nursing, would it make breastfeeding easier for the next generation? It’s food for thought, at least.