“They want you to take the rolls!” Ben Savage and Danielle Fishel have reunited on screen — and it’s straight out of a Boy Meets World episode.

Boy Meets World Cast: Where Are They Now?

The actors, who played Cory Matthews and Topanga Lawrence on the beloved series from 1993 to 2000, teamed up with Panera Bread for Valentine’s Day.

“It was so much fun. We had such a nice time together. Danielle was a total pro, and obviously, we’ve grown up together, so it’s always nice just getting the chance to reunite and work with someone that you’ve known since you were a kid,” Savage, 40, exclusively told Us Weekly. “It just sounded like such a fun opportunity and just such a fun experience. And so, I think Danielle and I both were like, ‘Let’s do it.’ And we had a great time together, and I think it turned out pretty well.” 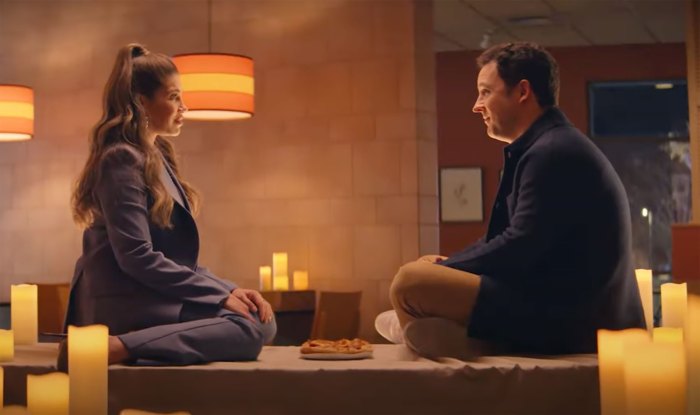 Naturally, the digital short is filled with ‘90s nostalgia — and is even directed by Savage’s older brother, Fred Savage. “That was also special for me,” Ben added of working with the Wonder Years actor, 44.

Ben and Fishel, 39, play themselves in the ad, where they serendipitously run into each other at the food chain. They fall in love while eating Panera’s Pepperoni Flatbread and give nods to beloved rom-coms such as Pretty Woman, The Break-Up, Sixteen Candles, Love Actually and When Harry Met Sally.

“Love Actually has always been a favorite movie of mine, so that was a lot of fun to film,” Ben told Us.

Sadly, Topanga — ahem, Fishel — didn’t draw a heart on her face with red lipstick this time around! He joked: “That would be in part two!” 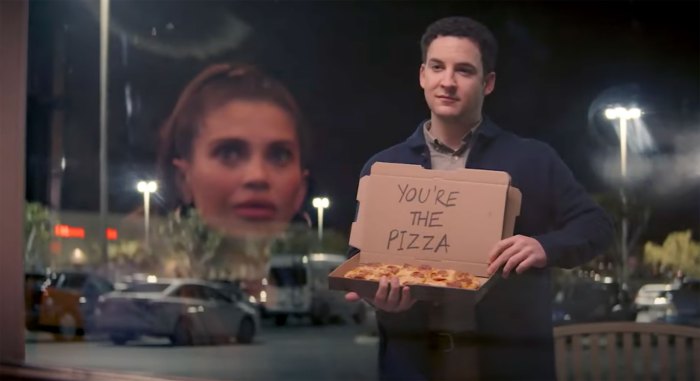 In addition to the Pepperoni Flatbread, Panera recently launched the Four Cheese Flatbread to their menu, which already includes the Original Cheese, Margherita and Chipotle Chicken & Bacon flatbreads.

As an ode to their Boy Meets World days, Panera is offering a TGIF (Thank God It’s Flatbread) promo code that gives customers 50 percent off any flatbread for online orders from February 9 through February 16. Just enter the promo code in the Panera app or at a bakery-cafe to redeem the offer, while supplies last.

Watch the adorable video above!

The most loved-up celeb couples, according to a body language expert