It comes as the President was filmed falling three times on the steps of Air Force One on his way to the meeting. 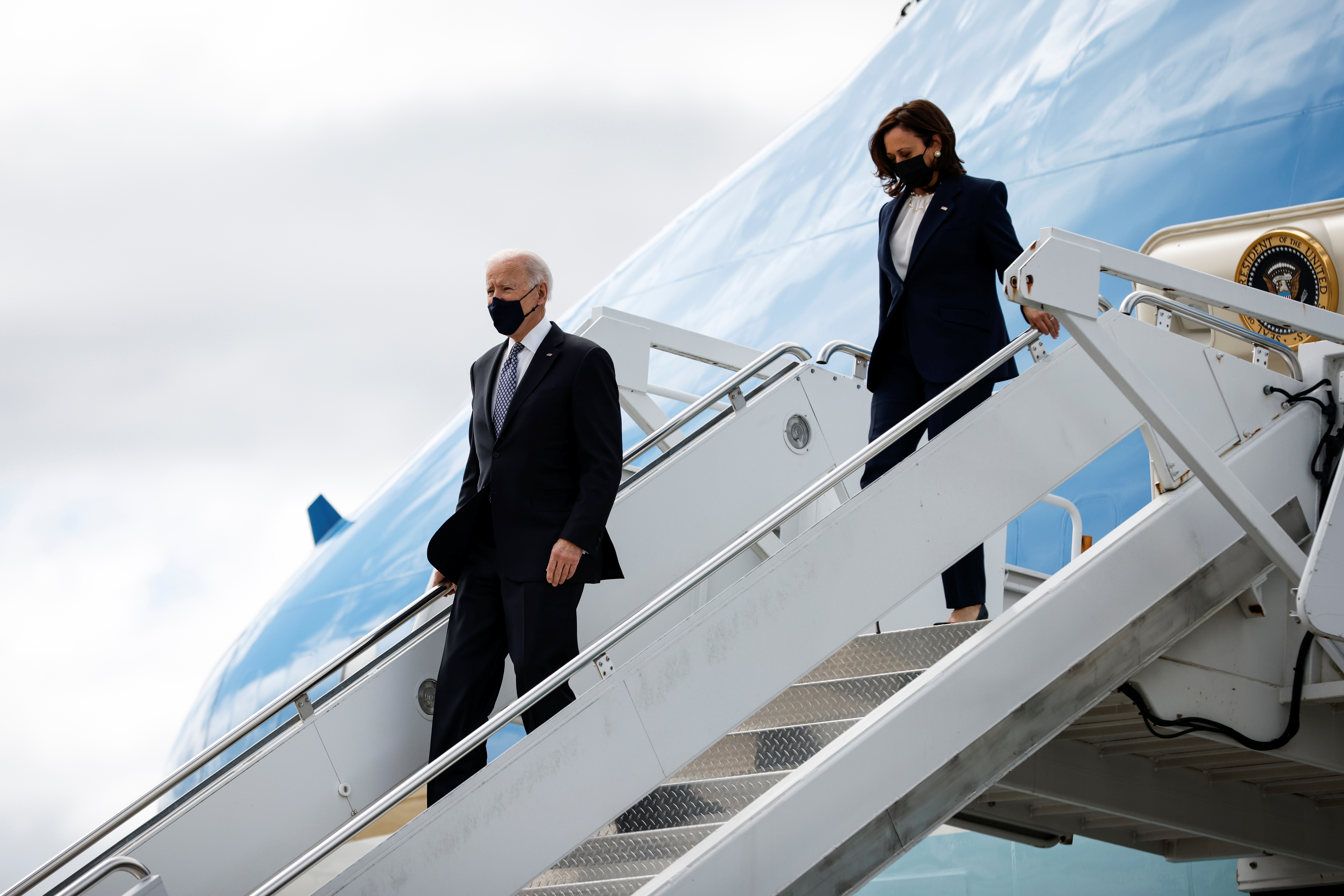 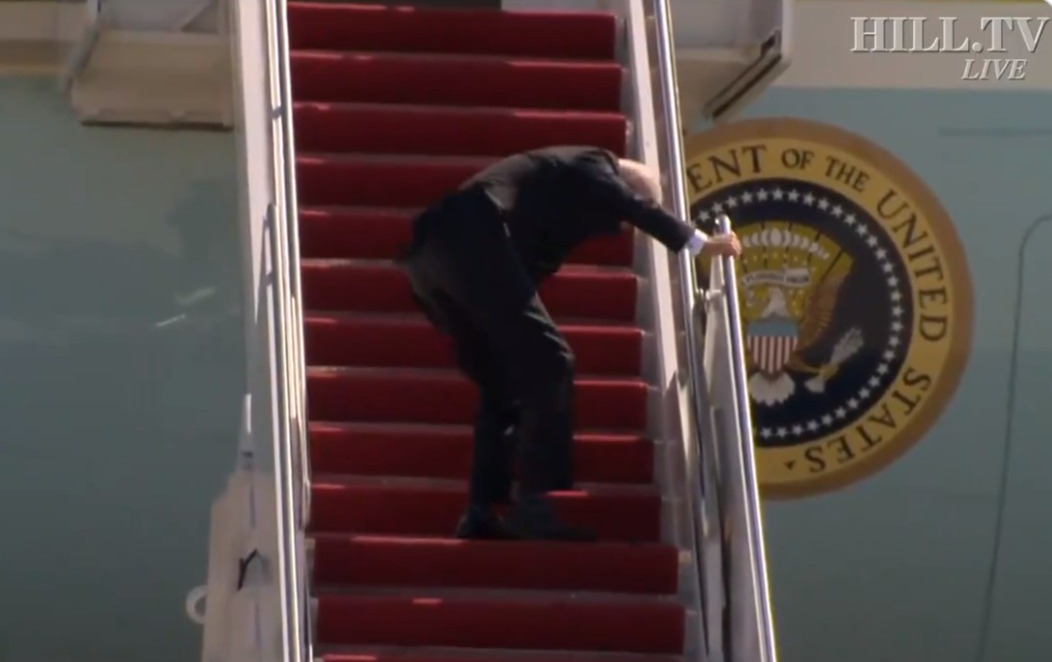 Biden tripped up the stairs of Air Force One on his way to GeorgiaCredit: Twitter/The Hill

Biden was in Atlanta to meet with Asian community leaders following the massage parlor shootings earlier this week.

A 21-year-old man has been charged with murdering eight people, including six women of Asian descent, at three spas in and around Atlanta on Tuesday, rattling Asian Americans already grappling with a rise in hate crimes directed at them since the Covid-19 pandemic began.

Biden and Harris metcommunity leaders and state lawmakers from the Asian-American and Pacific Islander community to hear concerns about the killings and discuss a rise in anti-Asian hate crimes, the White House said.

Investigators said the suspect, an Atlanta-area resident who is white, suggested that sexual frustration led him to commit violence.

Political leaders and civil rights advocates have speculated the killings were motivated at least in part by rising anti-Asian sentiment. 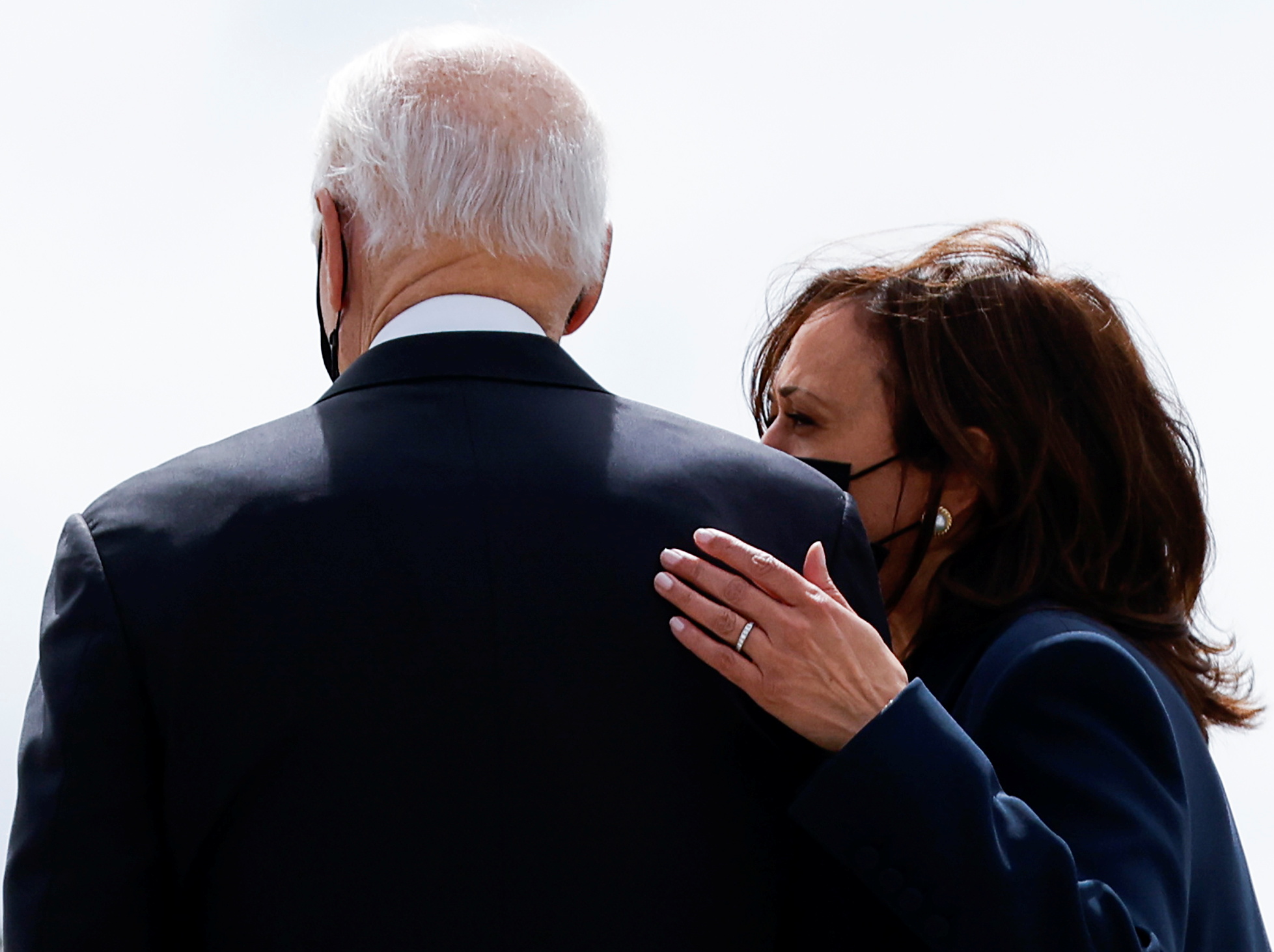 The president and vice president changed the focus of the trip after the shootings, feeling “it was important to change the trip a little bit and offer their support and condemn the violence,” a White House official said.

Biden called on U.S. lawmakers to quickly pass a COVID-19 hate crimes bill, saying while the motive was still unknown in the Georgia killings, the nation faced an “ongoing crisis of gender-based and anti-Asian violence.”

“It’s time for Congress to codify and expand upon these actions because every person in our nation deserves to live their lives with safety, dignity, and respectT, he said in a statement released as he headed to Georgia.

It’s time for Congress to codify and expand upon these actions because every person in our nation deserves to live their lives with safety, dignity, and respect

On Friday, U.S. House of Representatives Speaker Nancy Pelosi said acts of violence against the community were exacerbated by the language used by the Trump administration that preceded Biden’s.

Biden stumbled as he climbed aboard Air Force One to head to Georgia. White House spokeswoman Karine Jean-Pierre told reporters he was “doing 100 percent fine.” She suggested high winds at Joint Base Andrews near Washington may have been a factor.

Biden ordered the U.S. flag flown at half-staff at the White House to honor the victims of Tuesday’s shootings.

Asian-American voters constitute one of the fastest growing racial and ethnic groups in the country and turned out in record numbers in the presidential battleground states in the 2020 election, according to data from TargetSmart, a Democratic political data firm.

In Georgia, Asian-American and Pacific Islander voters exceeded their total 2016 turnout by 58 per cent, the firm said.

These voters were key to carrying Biden to success in states where the race was close such as Georgia, the firm said.