BARCELONA legend Xavi left Liverpool off a list of Premier League giants he would like to manage, preferring rivals such as Manchester United instead.

And the Spanish World Cup winner, boss of Qatari side Al Sadd after retiring as a player in 2019, rated Manchester City chief Pep Guardiola as the world’s ‘best coach’.

Xavi wants to boss a top European club once he has learnt his trade with Al SaddCredit: Reuters

The ex-midfielder told Sky Sports in 2019: “Obviously if I had to choose, I would choose a big team, City or United, Chelsea, Arsenal or Tottenham.

“Also, [Jurgen] Klopp and [Mauricio] Pochettino and Unai Emery, many people who have gone there are doing an extraordinary job.”

The 133-cap icon said of his former Nou Camp chief: “Pep Guardiola is the best coach in the world and I am a novice.

“The comparison happened as a player but now we can’t be compared. I am in love with Pep Guardiola’s football.

“You can win playing football in different ways but I like the one of City and Guardiola the most. I follow the Premier League a lot and I like it.

“He is a brilliant, demanding, passionate, obsessive person, that’s why he’s doing so well.

“It transmits a lot to the footballer. I learned a lot and enjoyed my time at his side.”

And he readily admits the Spanish giants would be his first choice once he has served his managerial apprenticeship.

He said: “I don’t hide it, my goal is to return to Europe and return to Barca.

“It is my challenge ahead, but I’m still learning in this project and I’m also enjoying it.”

Xavi led Al Sadd to their second Qatar Stars League glory in three season in 2020-21 but previously snubbed the chance to take over at Barca, suggesting it was too soon.

But after getting his current team playing tiki-taka football like his playing days in Spain, it might not be too long until he’s back at the Nou Camp… 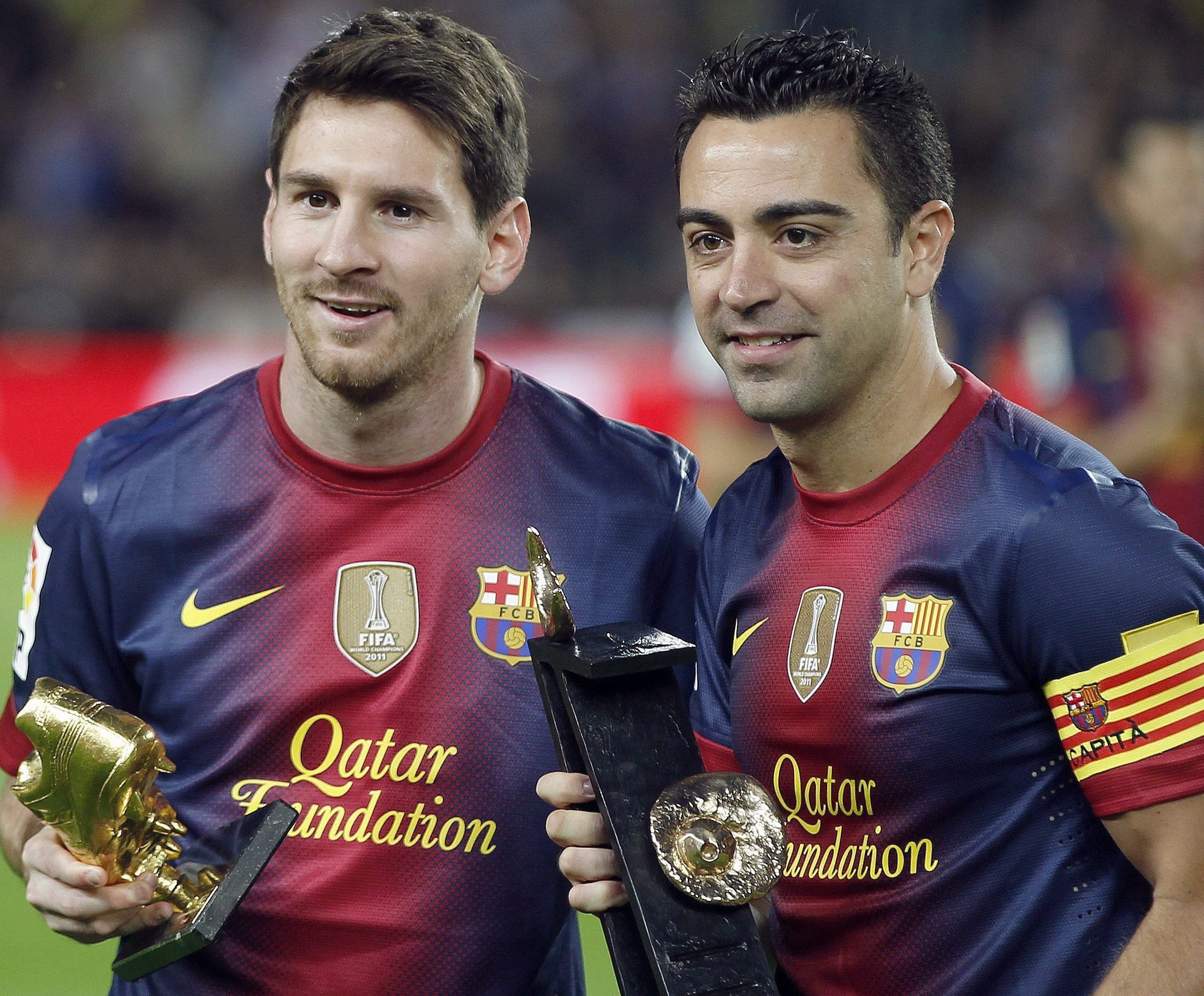 Xavi was part of a golden generation even for Barcelona standards – alongside Lionel Messi and under Pep GuardiolaCredit: EPA