The terminally ill eight-month-old’s parents filmed their baby arriving at hospital in the back of an ambulance and urged her to keep fighting. 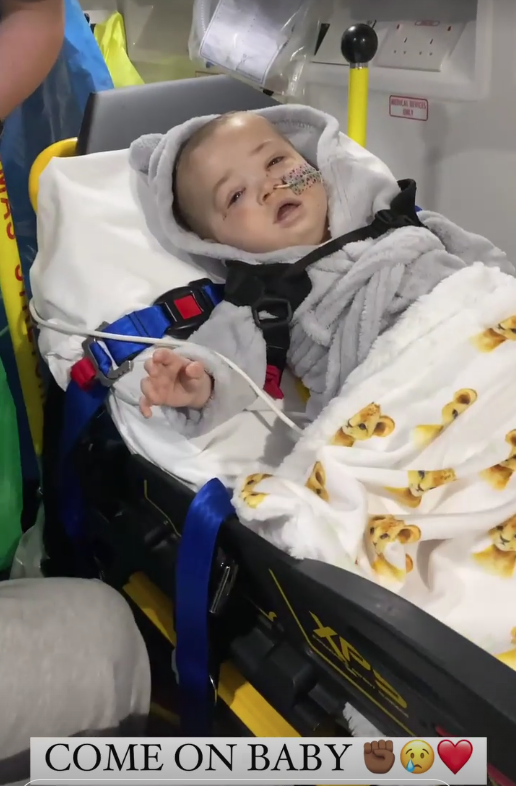 Ashley Cain’s daughter Azaylia is back in hospital

Mum Safiyya wrote: “Back in hospital tonight, Azaylia’s heart rate was over 200.

“Currently waiting for her blood results to see if we can get her some antibiotics to treat any infections.”

As she filmed paramedics pushing brave Azaylia into the hospital, she added: “You are amazing baby. Mummy and daddy promised to give you our 100% from day 1 & we will keep to our word what ever you need we will do for you baby.” 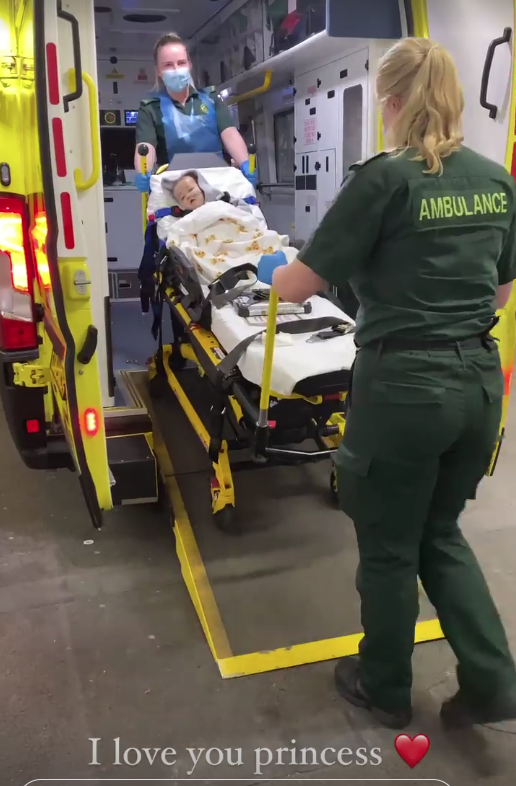 Her heart rose above 200bpm

Dad Ashley posted the same video and wrote: “Come on baby” and “I love you princess”.

The hospital visit came just hours after Ashley took Azaylia for her first ever walk, telling fans: “Every day is a blessing”.

The reality star told how grateful he was to carry his baby daughter out in the fresh air after her leukaemia battle had stopped him. 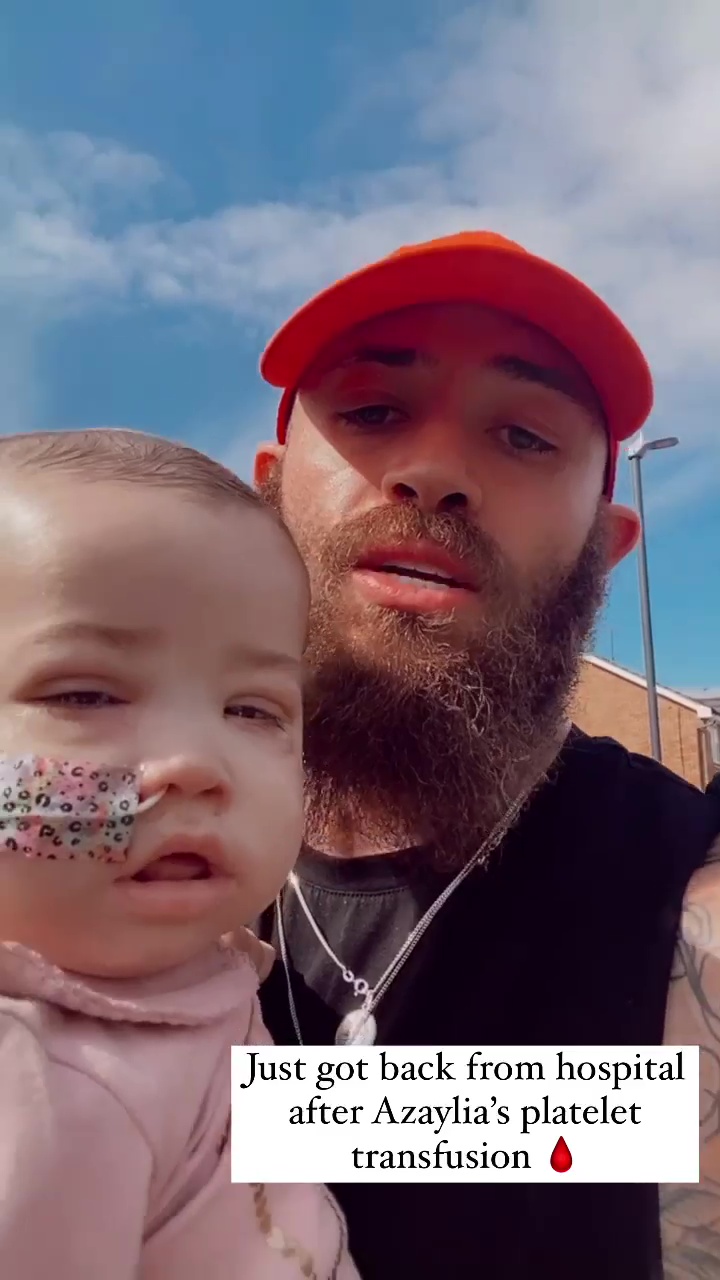 “This is something mad,” said Ex on the Beach’s Ashley.

“I’ve never, ever been able to do this – walk outside in the street with my baby girl.

“When she was going through chemo and transplants she had to be covered up so the fact I get to walk outside with my baby in my arms is absolutely amazing.

“Despite what we’re going through, every day is a blessing. I say that from the bottom of my heart and with the most truth possible. 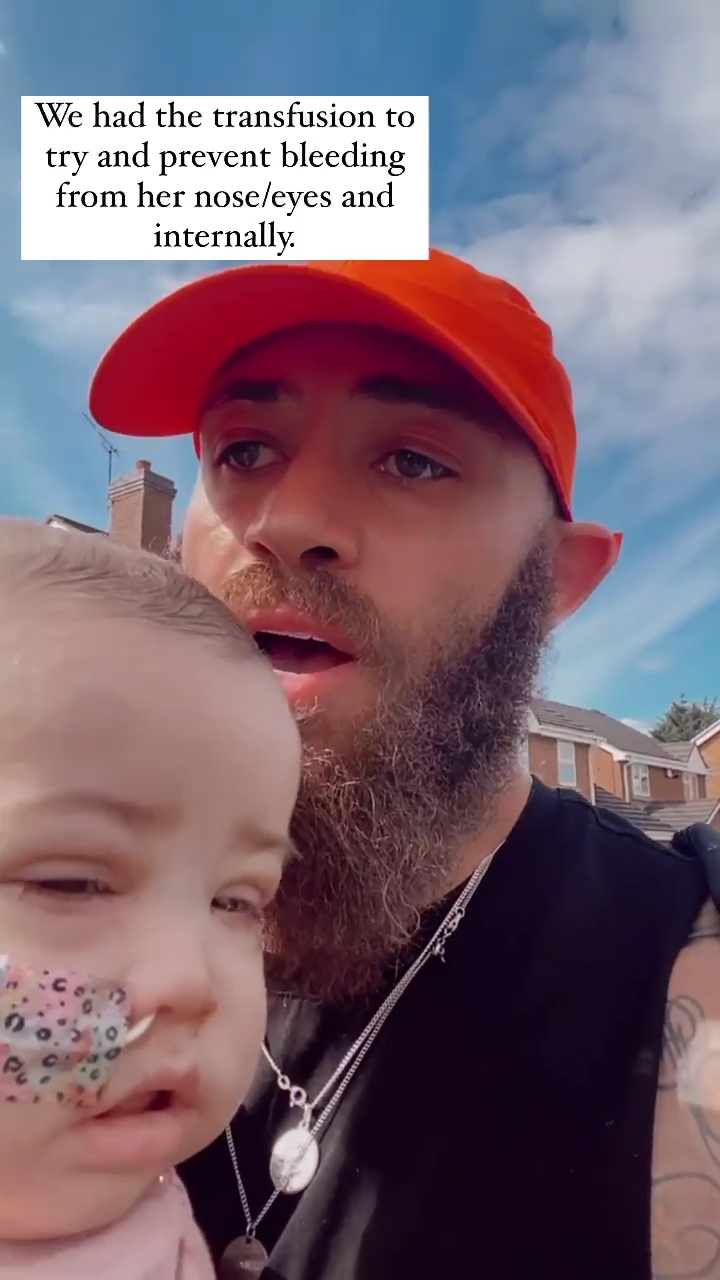 The reality star said every day is a blessing 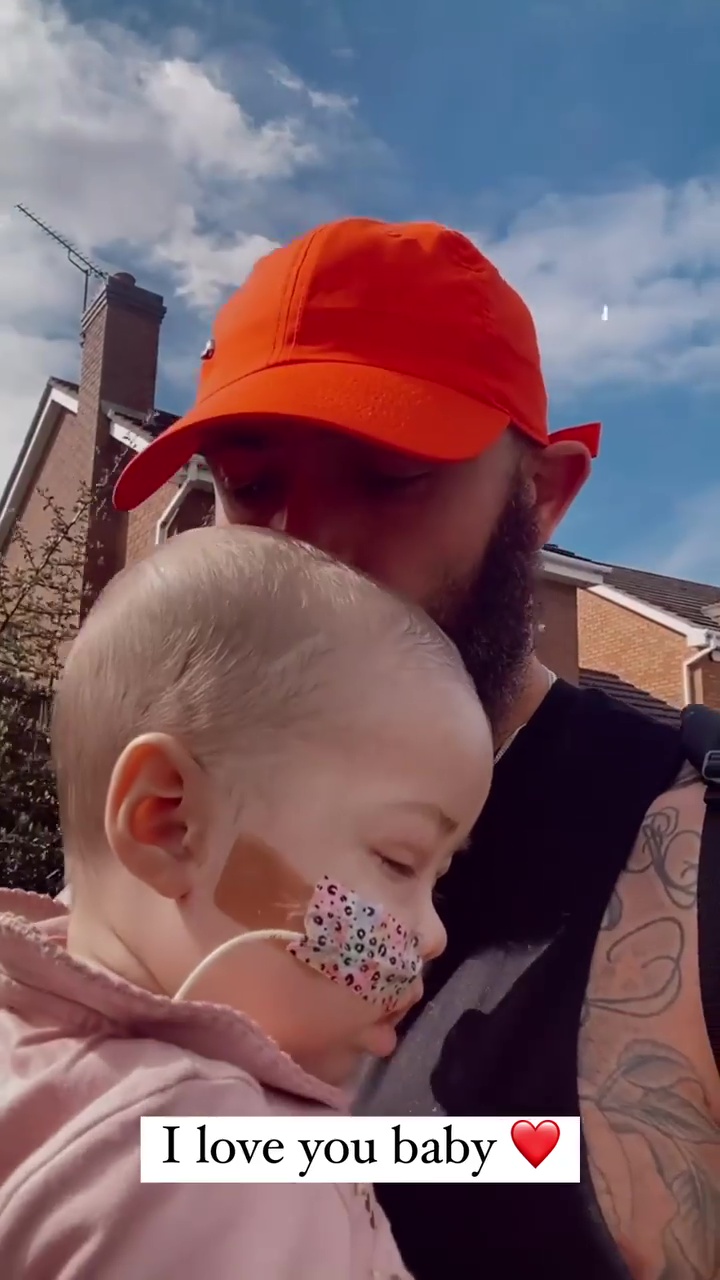 He kissed his baby girl on the head

“Things like this today are absolutely amazing. Something so small, means so much. It’s all because of this little one.”

Earlier in the day Azaylia was rushed back to the hospital for an emergency transfusion after she started crying blood.

Safiyya shared the shocking news on Instagram in a video of Ashley, 30, cradling their daughter. 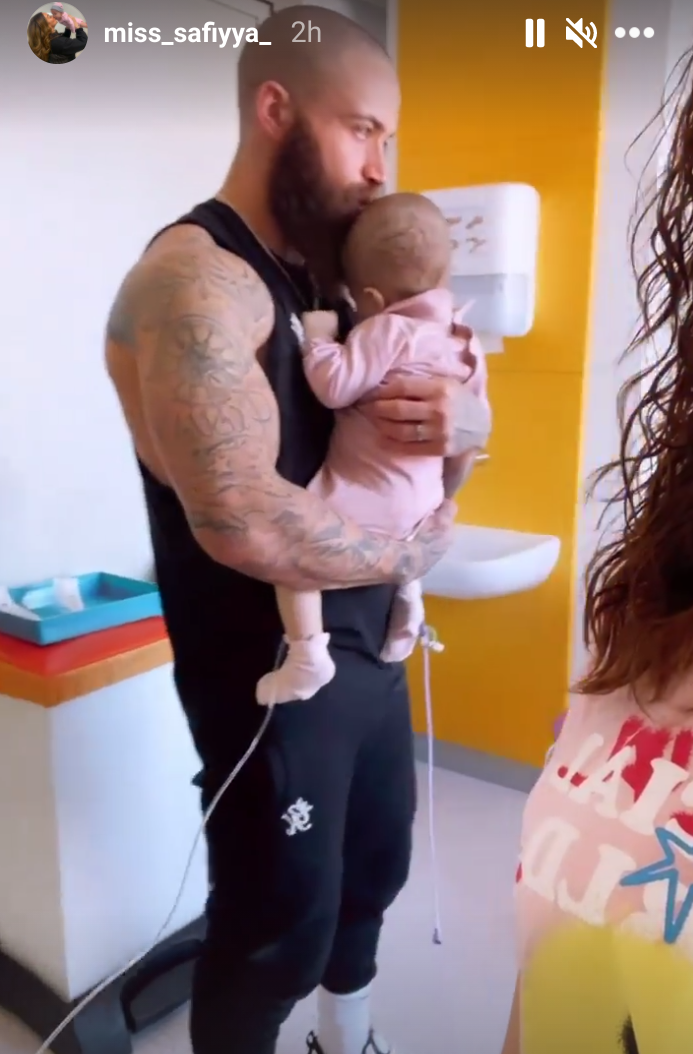 She said: “We’ve just gone back into hospital to get Azaylia another platelet transfusion because last night the tears started having blood in them, so we needed more platelets”.

Pointing to the intravenous drip that was hooked up to Azaylia, she added: “This is our saviour right now”.

Ashley said it was “so scary”, but they had since returned home after she was given a platelet transfusion to prevent further bleeding. 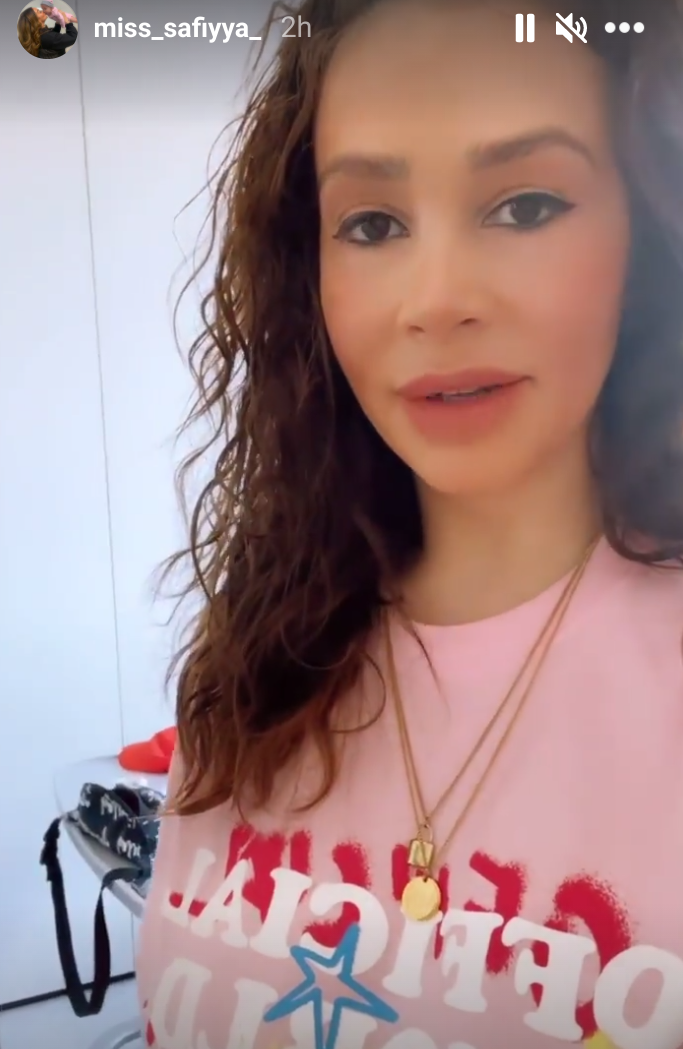 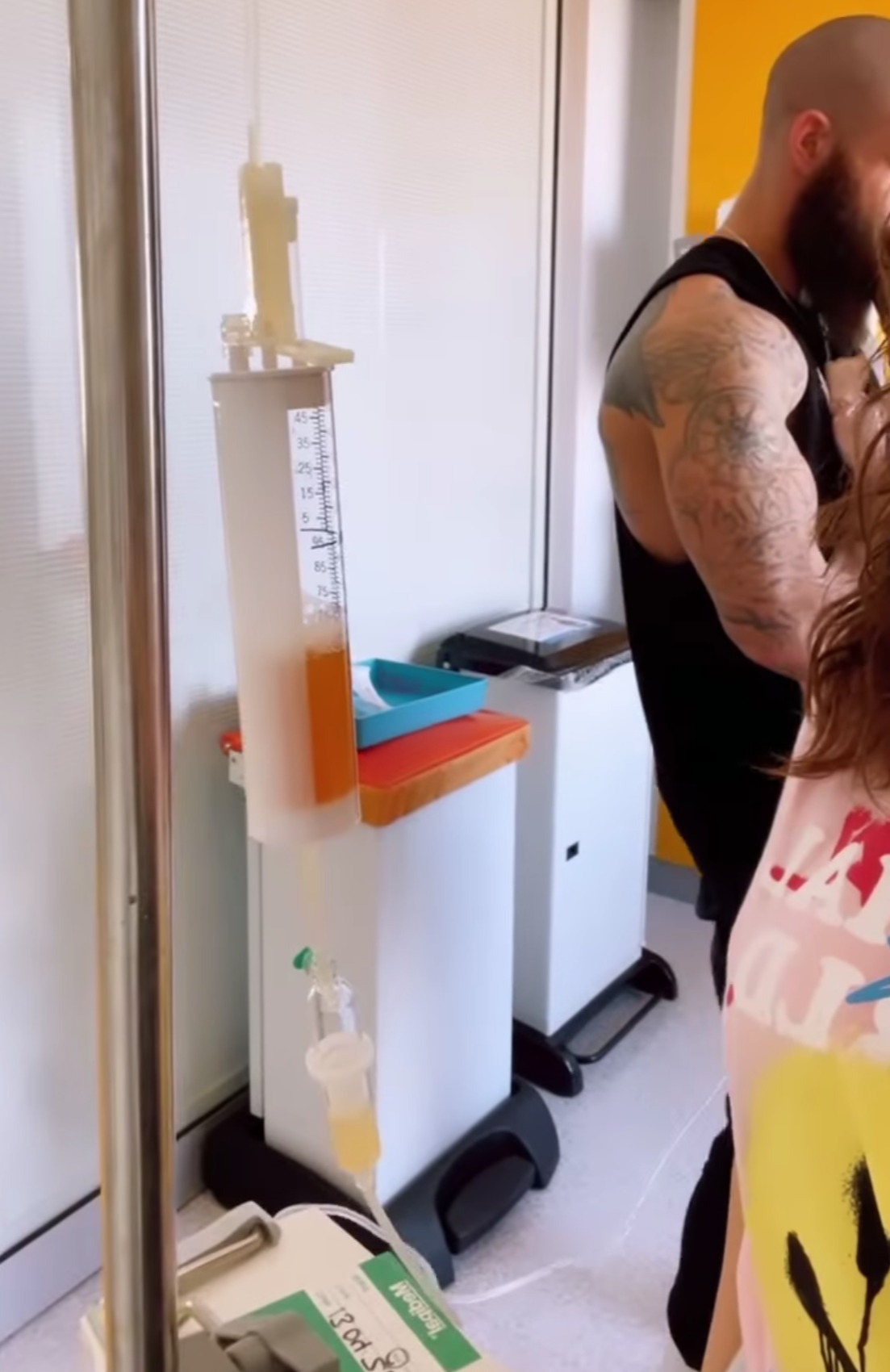 She has now been given just days to live as more tumours have formed across her body and in her brain.

They have so far caused her loss of movement in half of her face and also to bruise spontaneously on her legs.

Earlier this month, Ashley and his girlfriend Safiyya, raised over £1.5million to take their sick daughter to Singapore in a last-ditch attempt to save her life – but have since been told the specialists in the country could not help.