TERMINATOR star Arnold Schwarzenegger had his Covid jab while urging fans to follow his lead with his classic movie line:  “Come with me if you want to live”.

The Hollywood icon and former California governor, 73, shared a video on Twitter of him being inoculated through the window of his car at a drive-in center. 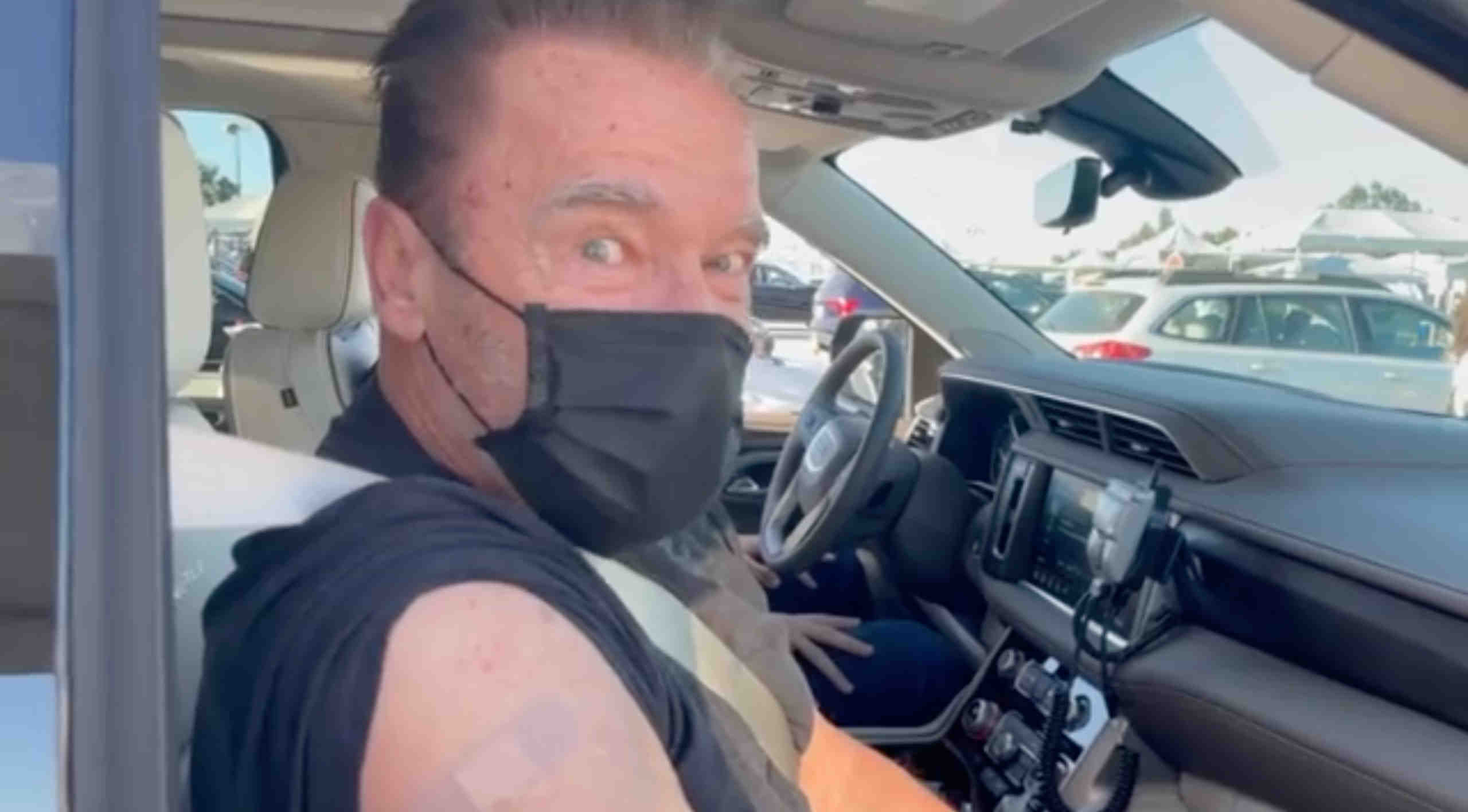 Arnold Schwarzenegger, 73, gets his Covid jab at a Los Angeles vaccination center 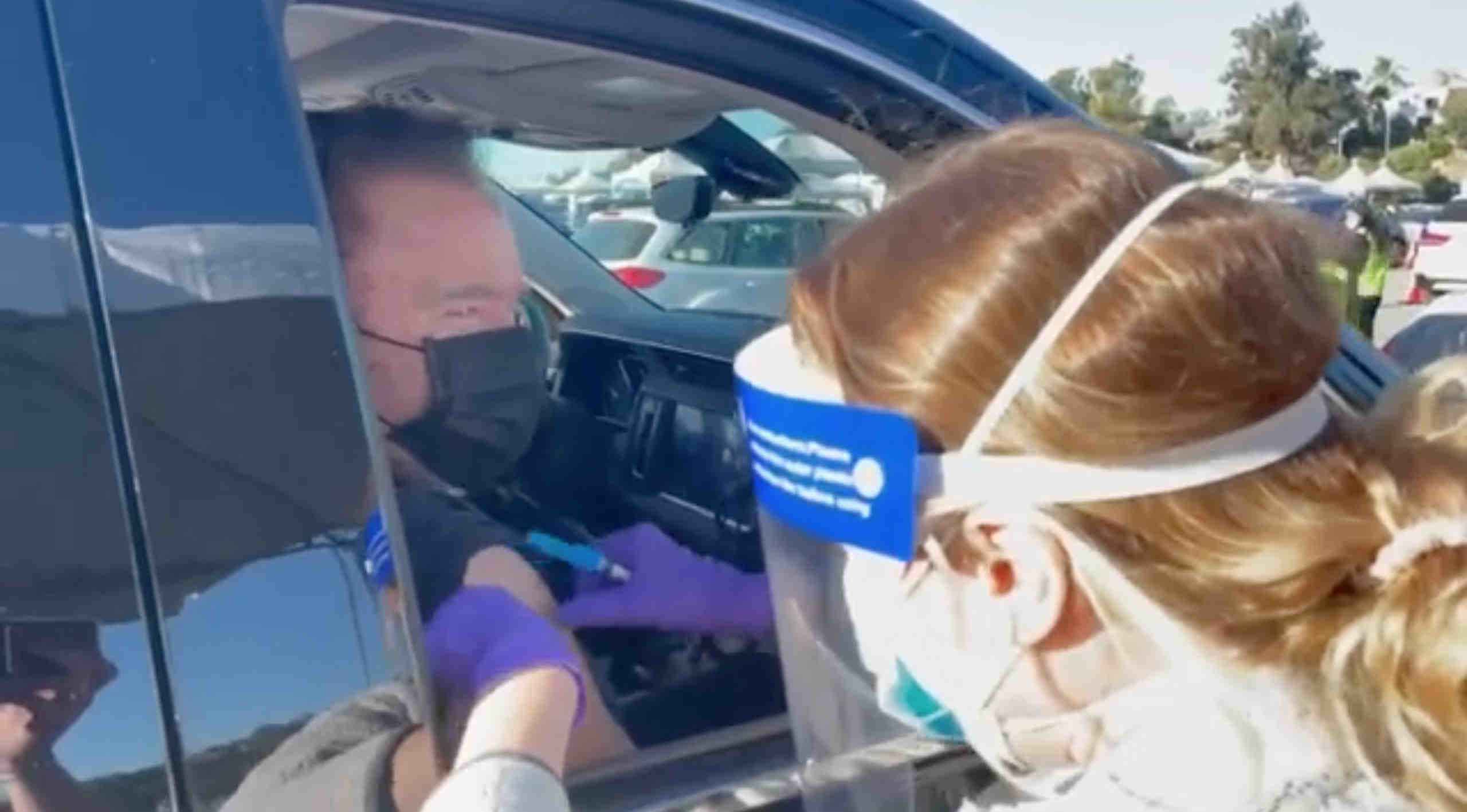 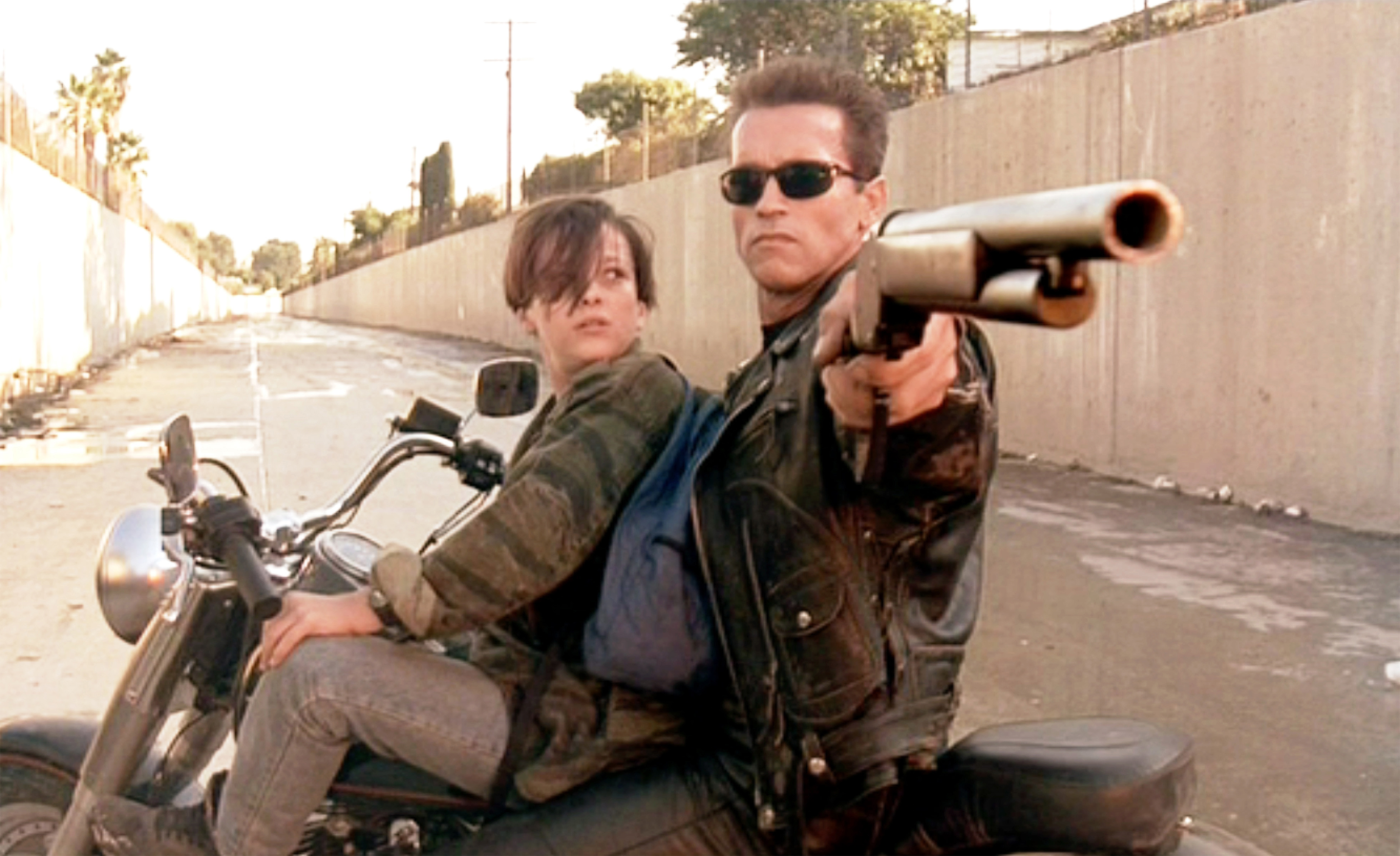 Schwarzenegger reprised the Terminator 2 line “Come with me if you want to live.” in a social media video after his Covid shotCredit: Getty Images – Getty

After receiving the drug, he said : “Alright, I just got my vaccine and I would recommend it to anyone and everyone.”

He added, smiling through his black mask: “Come with me if you want to live.”

In the video Schwarzenegger, who was wearing a face covering, sat in the passenger seat as the injection was administered into his right arm.

He also referenced another of his films, Jingle All The Way, telling the nurse to “put that needle down” – swapping out the word cookie used in the 1996 classic when a love rival describes tasting his wife’s biscuits.

In a tweet, he added: “Today was a good day. I have never been happier to wait in a line.”

Schwarzenegger was given the jab at the stadium of the Los Angeles Dodgers baseball team.

Fans of the star joked about whether he said: “I’ll be back… for the second dose” in another reference to his most famous line in the Terminator movie series. 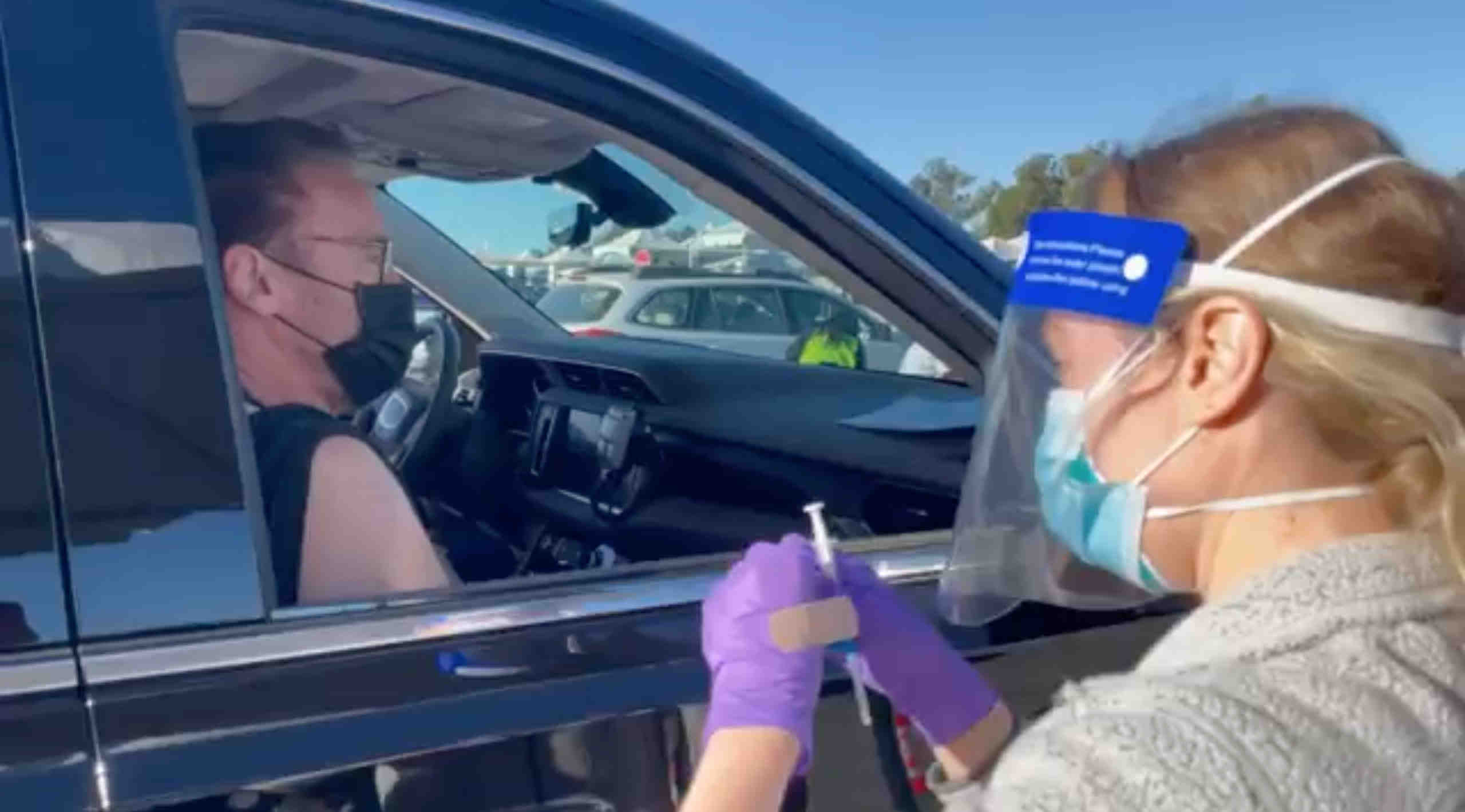 Schwarzenegger got his Covid jab at the stadium of the Los Angeles Dodgers baseball team. 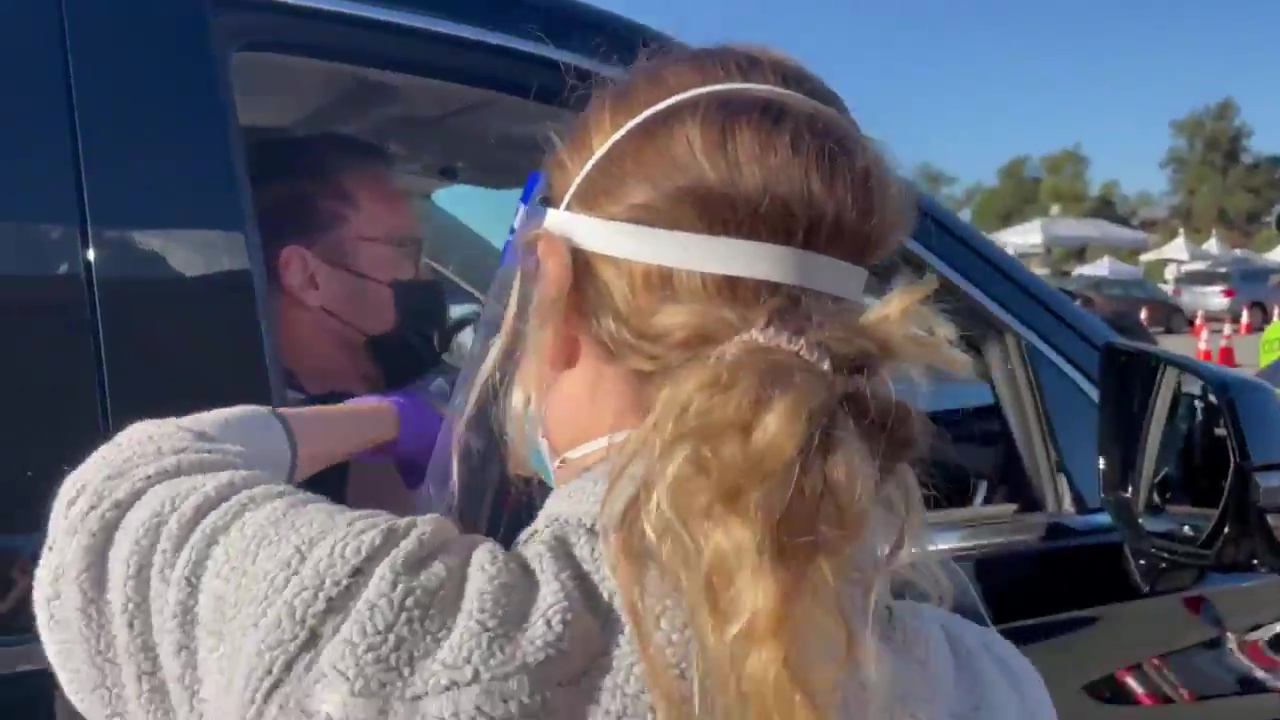 Schwarzenegger has urged fans to follow his lead and get the Covid vaccine as 416,000 Americans have now died in the pandemic 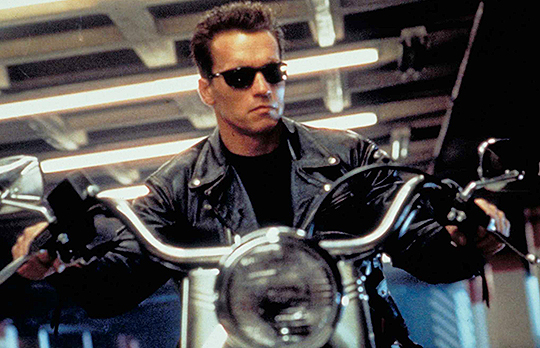 The Terminator actor used the classic film line “Come with me if you want to live.” to share news of his Covid inoculation on social media

The Republican – who was a vocal critic of former President Trump – issued a plea on Facebook for people to follow scientific guidance on Covid-19.

He wrote: “I think if the circle of people you trust gets smaller and smaller and you find yourself more and more isolated, it should be a warning sign that you’re going down a rabbit hole of misinformation.

“Some people say it is weak to listen to experts. That’s bogus. It takes strength to admit you don’t know everything.

“Weakness is thinking you don’t need expert advice and only listening to sources that confirm what you want to believe.”

The jab advice from Schwarzenegger comes amid news of a newly identified strain of the coronavirus, which could be contributing to a drastic spike in cases raging across California.

Almost 416,000 people have now died in the US after testing positive for Covid-19, as Biden has pledged to vaccinate 100 million Americans in his first 100 days as president.

Schwarzenegger marked the inauguration of US president Joe Biden by sharing a photograph of him with the newly-crowned Democrat.

He said: “I’m rooting for you Joe Biden. Your success is the country’s success.”

President Biden is set to appoint California Attorney General Xavier Becerra to lead the department of health and human services as he begins his term in office.

The role will oversee the running of the administration’s Covid response, an enormously significant task as the US struggles to get hold of the pandemic.