A 21-YEAR-OLD Army paratrooper fell to her death jumping from a helicopter during a training exercise, just moments after sharing a smiling selfie to social media.

Spc. Abigail Jenks was killed on Monday during the routine static line jump from a Blackhawk helicopter at the North Carolina army base. 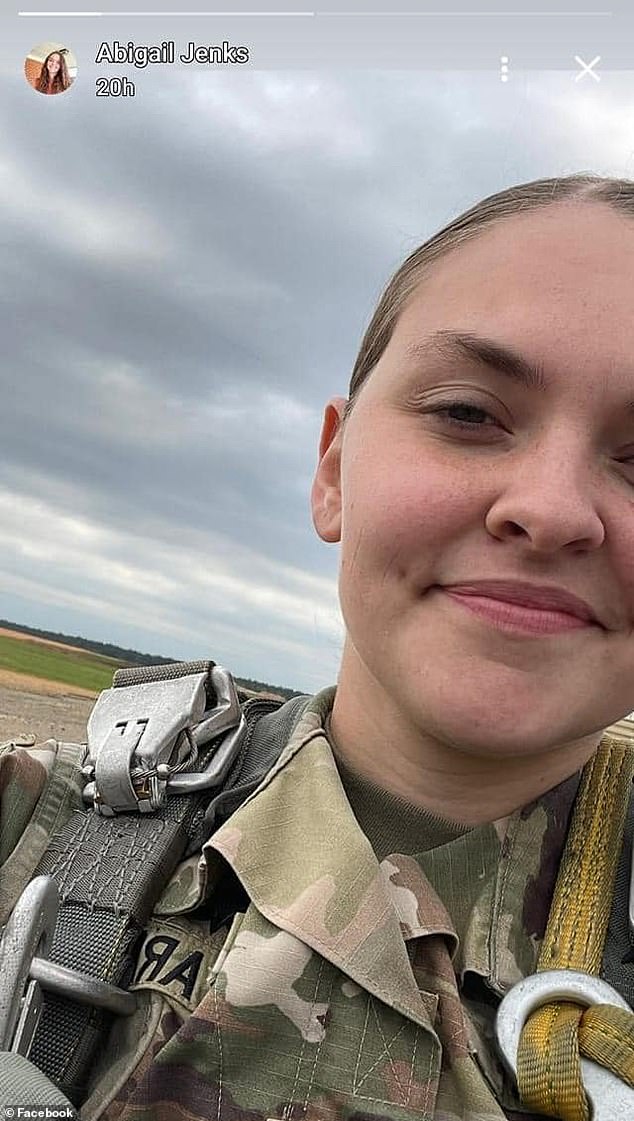 Spc. Abigail Jenks posted a selfie before she boarded the helicopterCredit: Facebook 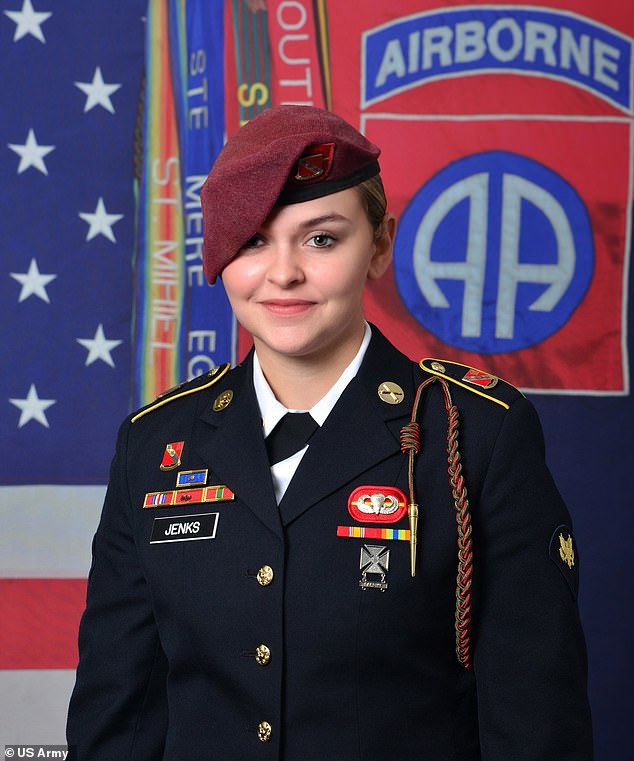 The 21-year-old died during the static line jump training exerciseCredit: US Army

In a cruel twist of fate, Jenks had uploaded a story of her smiling in her uniform as she prepared to board the aircraft – just moments before her tragic death.

Her identity was confirmed by Fort Bragg authorities on Wednesday, who revealed Jenks had joined the Army in October 2018 and she originated from Gansevoort, New York.

Little detail has been released regarding the circumstances surrounding her death pending an investigation into the airborne incident.

She was completing a static line jump from a UH-60 Blackhawk helicopter when she was killed, officials announced in a press release.

“It was a normal line jumping operation. They were jumping from a helicopter instead of an airplane.

“She then executed the jump and that’s when the fatality happened,” Lt. Col. Mike Burns explained.

He told the Daily Mail that usual procedures were followed, and Jenks took part in pre-jump training, which includes a rehearsal exercise.

The paratrooper, assigned to the 3rd Brigade Combat Team, 82nd Airborne Division, was completing a solo jump from the aircraft.

During a static line jump, a cord is attached to the end of the parachute and the inside of the aircraft.

When the person jumps, the tension of the cord deploys the parachute which automatically opens after the skydiver leaps. 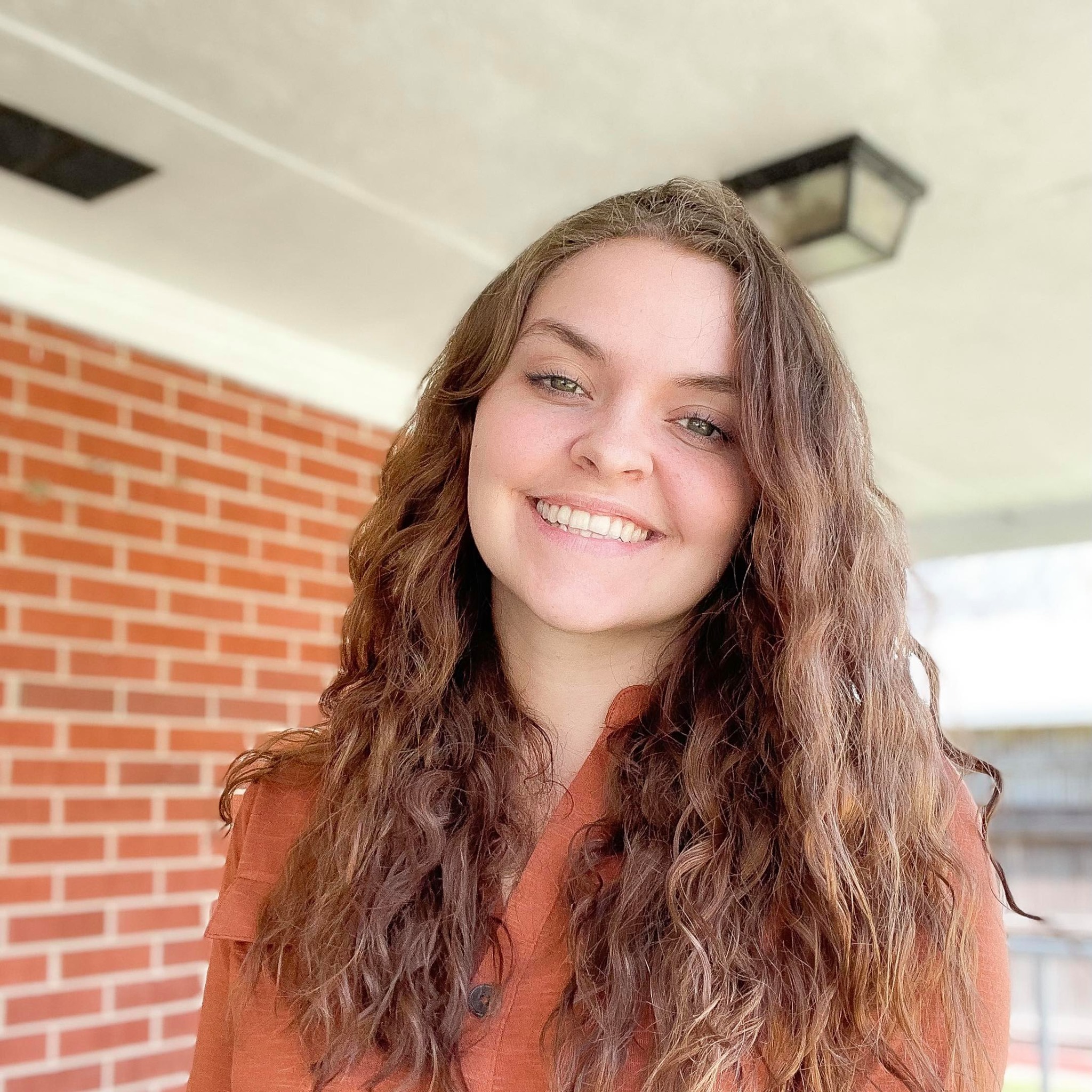 It is not clear how the fatal accident occurredCredit: Facebook

The reason for Jenks clear is not immediately clear, but the Army Combat Readiness Center at Fort Rucker, Alabama have headed to the base to lead the investigation.

Jenks heartbroken mother Mary told WNYT of her shock of her daughter’s death after a US Army rep and a chaplain broke the news to her.

New York Governor Andrew Cuomo ordered flags to be flown at half staff from Thursday across state buildings in honour of the young woman.

He tweeted: “New York is devastated by the loss of Spc. Abigail Jenks and joins her fellow soldiers, her family and her friends in honoring her service to our country.”

Her colleagues also shared messages of condolence in the wake of her death.

Jenks’ battery commander Capt. Brian Norman said she was “a creative, hardworking, and confident paratrooper” with a “love for art, animals, and her friends reverberated wherever she worked.

“Her compassion for fellow Paratroopers will be truly missed.”

“Spc. Jenks was a dedicated Paratrooper, gifted forward observer, loyal friend, and talented artist who consistently made a tremendous impact on all around her, Lt. Col. Christopher Walsh, commander of the 1-319th AFAR, said.

“She will be dearly missed. We are ensuring every resource is available to her family and peers to help them during this difficult time.”

Jenks was assigned to Fort Bragg as a paratrooper in June 2019, after earlier completing advanced individual training at Fort Sill, Oklahoma and the Basic Airborne Course at Fort Benning, Georgia.

She will be posthumously awarded the Meritorious Service Medal. 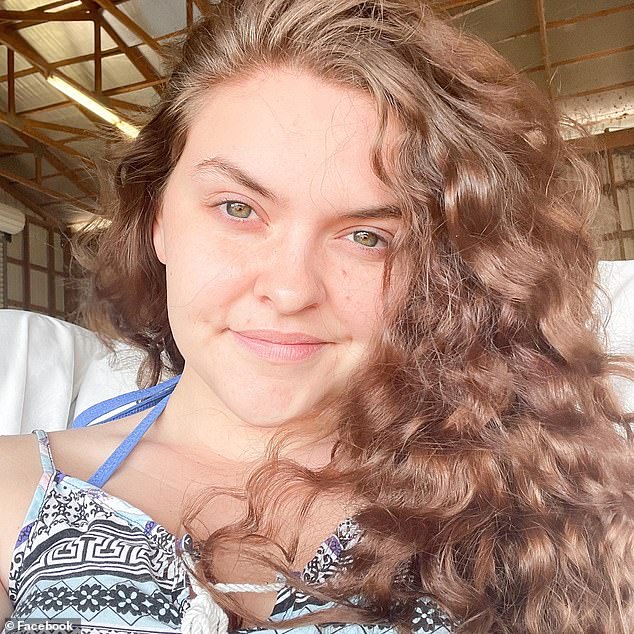 She was described as a “loyal friend and talented artist” by her colleaguesCredit: Facebook