TRUMP supporters have been sprayed in the face with chemicals by Antifa demonstrators.

As the two sides squared up to each on the boardwalk in Pacific Beach, California, video shows a black clad Antifa supporter pulling out a canister and spraying the MAGA fans. 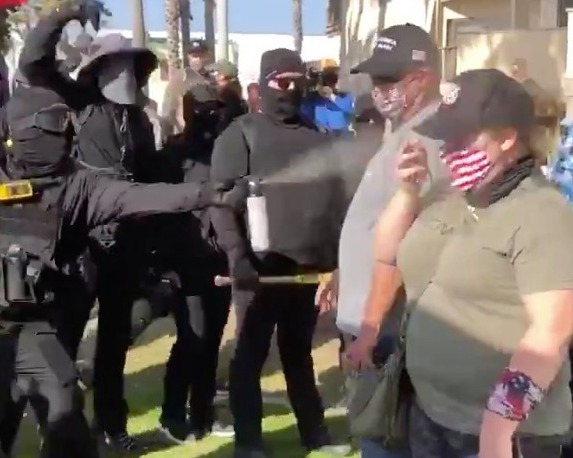 The moment the Trump supporters are sprayed Credit: FOX 5 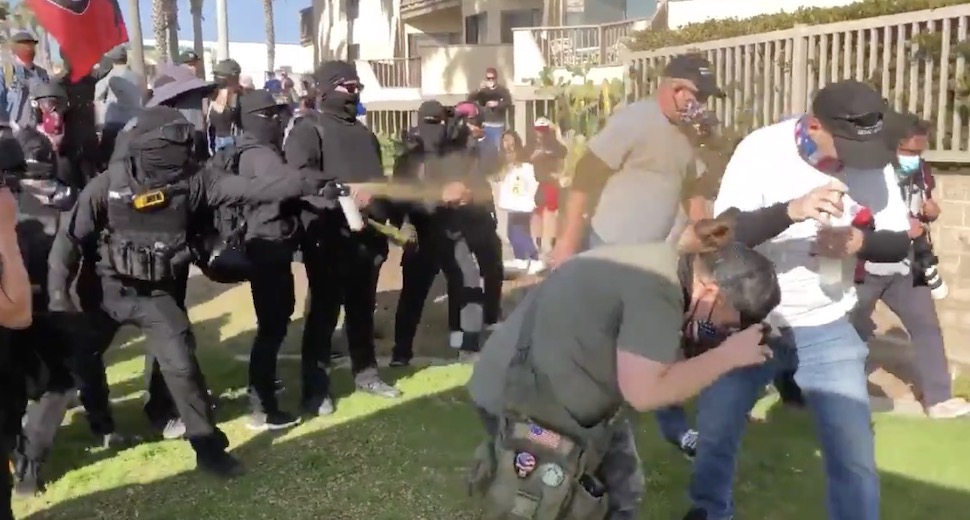 The MAGA fans recoiled after being hitCredit: FOX 5

About 100 Trump supporters had gathered on Saturday ahead of a pro-Trump ‘Patriot March’.

The march had been scheduled long before the violent riot at the US Capitol by a pro-Trump mob Wednesday, the LA Times reports.

But the unrest began around 1pm when a crowd of Black Lives Matter supporters and others dressed in black and wearing Antifa T-shirts and hats, gathered at the pier.

Screaming matches broke out between the two sides, who both reportedly used pepper spray.

During the demonstrations cops were hit with rocks, bottles and eggs, police said, and the crowd directed pepper spray at them. 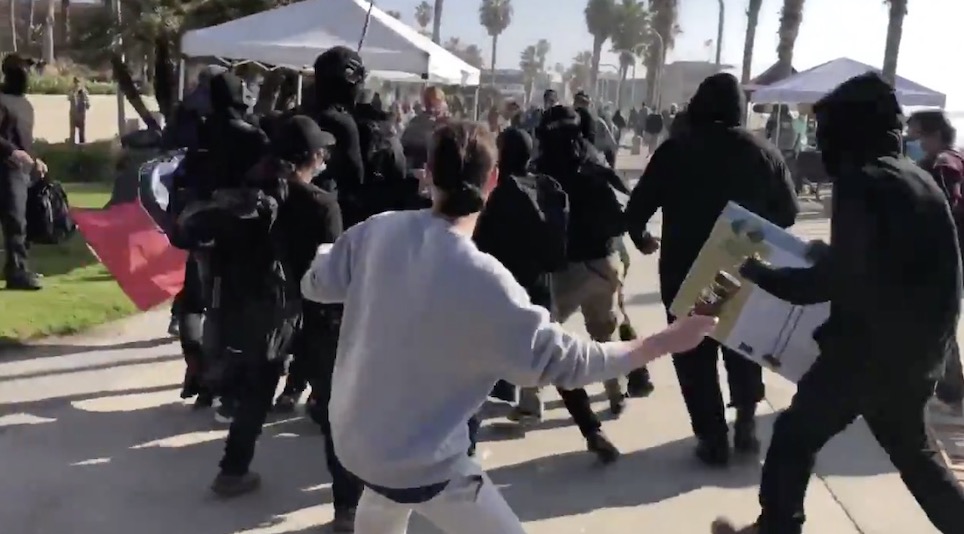 The two sides clashed on the Pacific Beach boardwalkCredit: FOX 5

At one stage a group of flag-waving Antifa shouting “f**k Trump” faced off with a two men and a woman wearing Stars and Stripes face masks.

An Antifa supporter wearing black and with their concealed by a hood then walks forward and sprays them with an orange substance, forcing them to recoil holding their faces.

As they leave coughing, the black-clad Antifa then pursue them down the boardwalk throwing chairs and shouting “go home bitches”.

One isolated Trump supporter – who appears to be the woman who was sprayed – is then set up by the mob and kicked as she lay on the ground before she is helped to her feet by fellow MAGA fans. 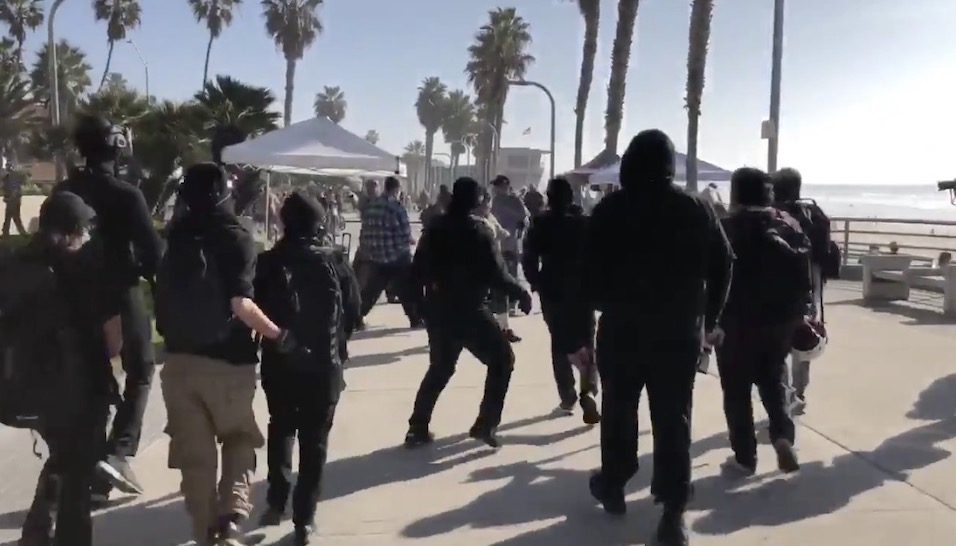 The Trump fans and Antifa screamed abuse at each other Credit: FOX 5

During another confrontation, officers fired what appeared to be pepper ball rounds into the anti-fascist crowd.

At one point, someone slapped the phone out of the hand of an unidentified man on the boardwalk and pushed forward, knocking him down along with a small boy.

Police sent in dozens of officers in riot gear to separate the two groups.

They asked residents to stay away from the area and warned that those who refused to disperse may be cited or arrested.

Police declared an unlawful assembly about 2:30 p.m. and began asking people to disperse.

But 4.30pm, Trump supporters reconvened on the boardwalk, and police allowed them to march. The marchers yelled profanities and clashed at times with passers-by.