Figures for his company Sparta Promotions Limited show he earned £14.6million from his first fight with Oleksandr Usyk, which he lost in September last year.

The bout at Tottenham Hotspur’s North London stadium was the only one he fought during the period covered by the accounts which run from March 1, 2021 to the end of February this year.

The 32-year-old also made a further £5.6m from sponsorship deals in the UK and around the world in the same period.

After taking off the dividend, a whopping £3.8m tax bill and other costs, Sparta Promotions was left with a profit for 2022 of £13m which boosted company coffers to £106m. 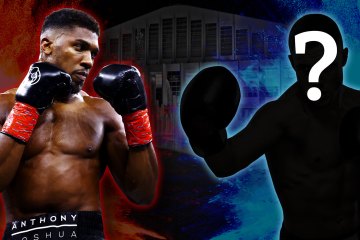 The figures do not include his rematch with 35-year-old Ukranian Uysk, which took place in August in Saudi Arabia and which he also lost.

His take from that encounter will be covered in next year’s figures with predictions saying each fighter was paid around £30m.

Anthony Joshua’s much anticipated fight with Tyson Fury appears to now be OFF after Eddie Hearn revealed that talks had broken down.

Last week Fury pulled out after Joshua’s team failed to agree a contract in time to meet the Gypsy King’s self imposed deadline.

In an Instagram post, Fury said: “Well guys, it’s official. D-day has come and gone. It’s gone past five o’clock, Monday. No contract has been signed. It’s officially over for Joshua. He is now out in the cold with the wolfpack. Forget about it.”

Prior to that Joshua was adamant the fight would go ahead but wanted to get the contract ironed out.

He posted an Instagram Live video saying: “It ain’t in my hands – it’s with a legal team. That’s why you hire lawyers.

“You know the history of boxing – make sure you get your legal terms right. That’s why you get good management and good lawyers.

“So of course I’m going to sign the contract – it’s just with some lawyers at the minute.”