ANTHONY JOSHUA’s next fight could end being against Dillian Whyte if a deal for him to face Oleksandr Usyk can’t be reached.

Negotiations over a showdown with the former undisputed cruiserweight king have been ongoing ever since the collapse of AJ’s blockbuster showdown with Tyson Fury. 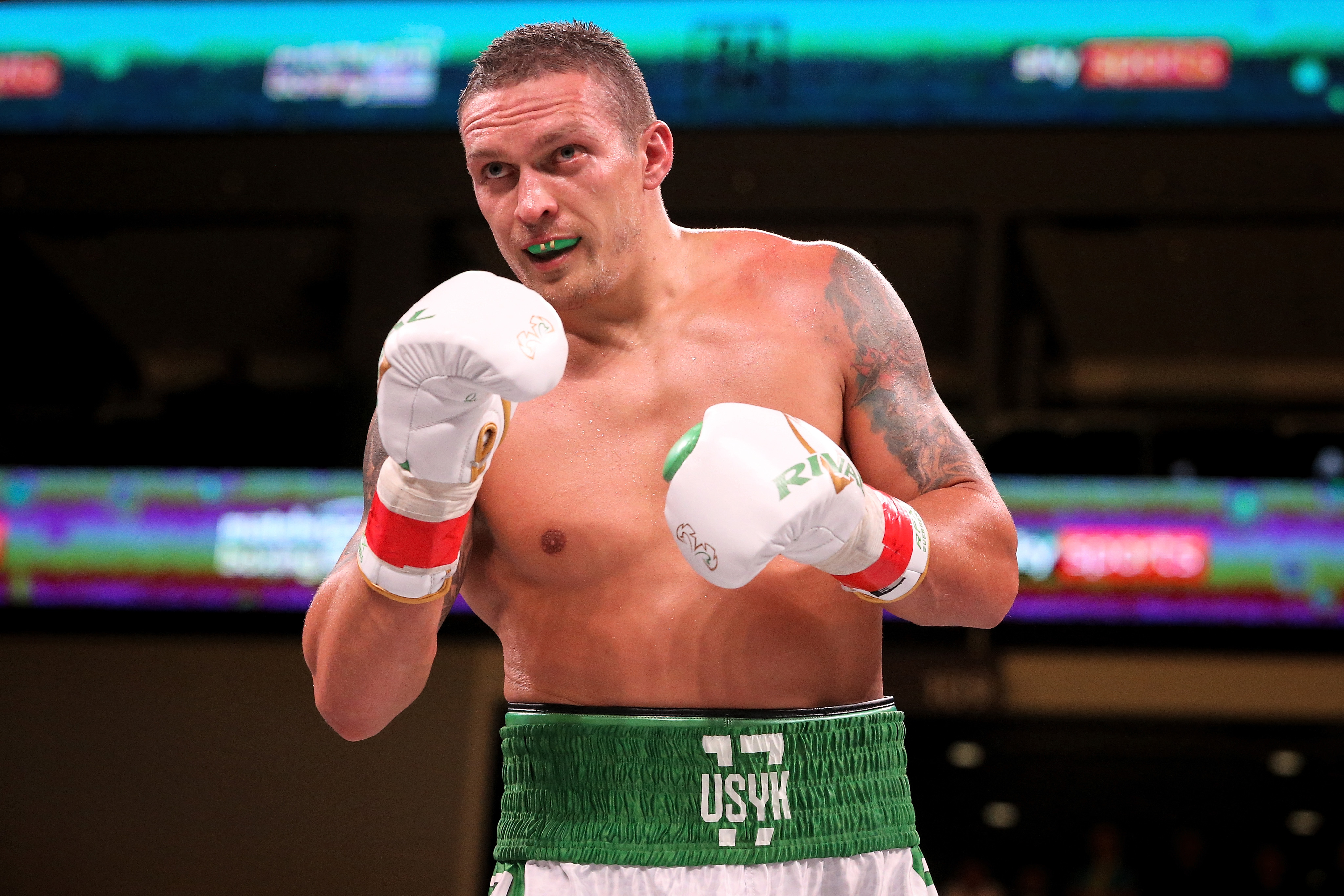 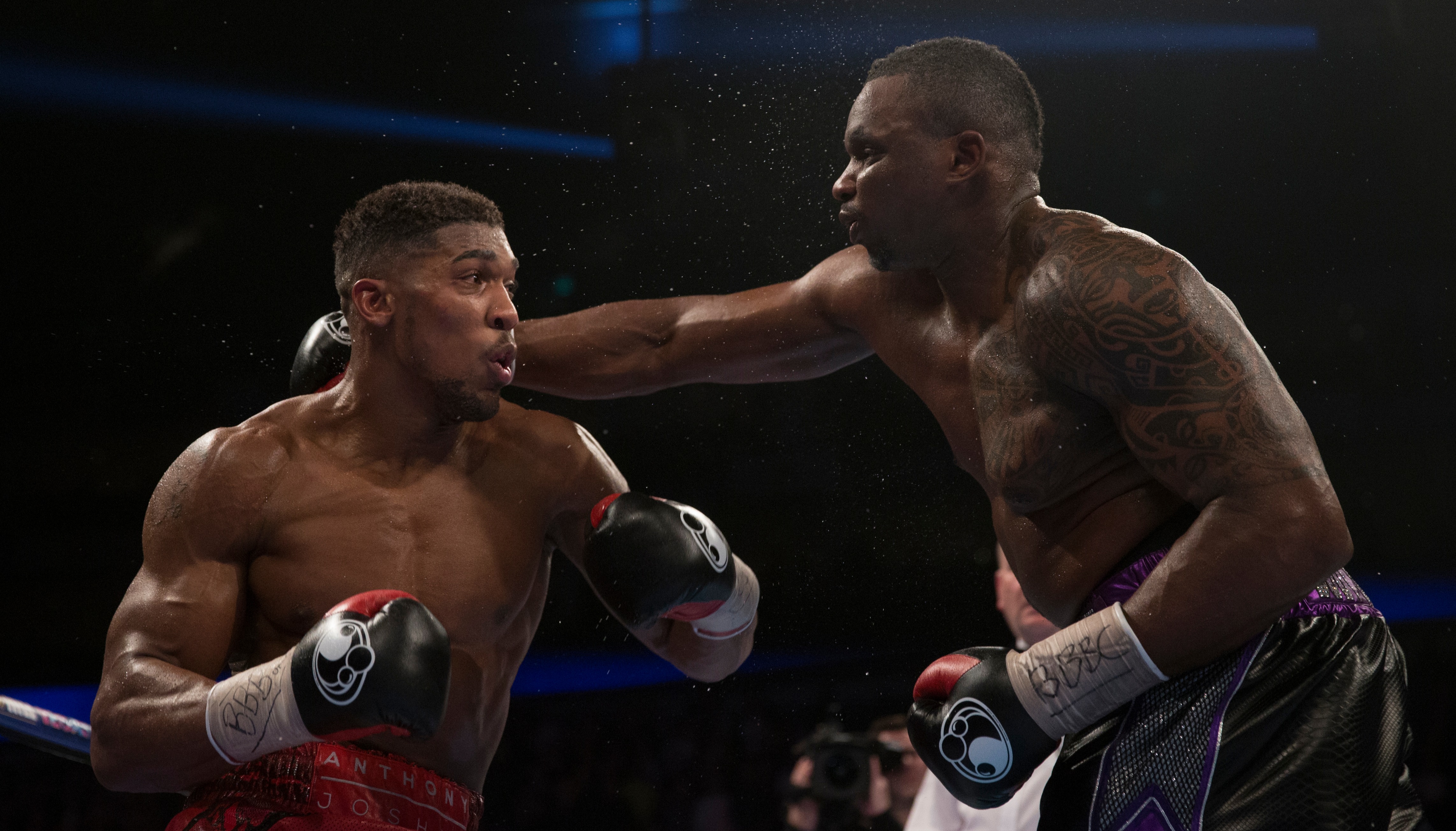 But a remacth with Dillian Whyte could be on the cards if a deal can’t be reachedCredit: SUNSPORT

A deal for AJ’s WBO mandatory, however, has yet to be reached.

And the delay has prompted Joshua and his promoter, Eddie Hearn, to entertain the prospect of taking another fight – including a rematch with Whyte.

The Matchroom Boxing chief told iFL TV: “Usyk is our preferred opponent, we want to hold onto the belts.

“But there is a little bit of tiredness over being told who to fight and what split they have got to get and the inability to have flexibility in AJ’s schedule.

“But at the same time, he hasn’t worked this hard to get the belts just to give them up.

“We have made Usyk what we feel is a very fair offer we don’t have a deal yet but again it is our intention to make that fight but if we can’t we will make other plans.”

He added: “I still feel the Dillian Whyte fight is one that is bound to happen in time and if we didn’t have so many mandatories I think that would have happened before.

“Andy Ruiz has been on for no3, Luis Ortiz is another one that could be made in the US.

“There are a few options. But our absolute preference is to defend against Usyk and maintain those belts.”

Joshua vs Usyk is dangerously close to going to a purse bid, a scenario Hearn is eager to avoid.

He said: “We’ll either make a deal or we’ll vacate. 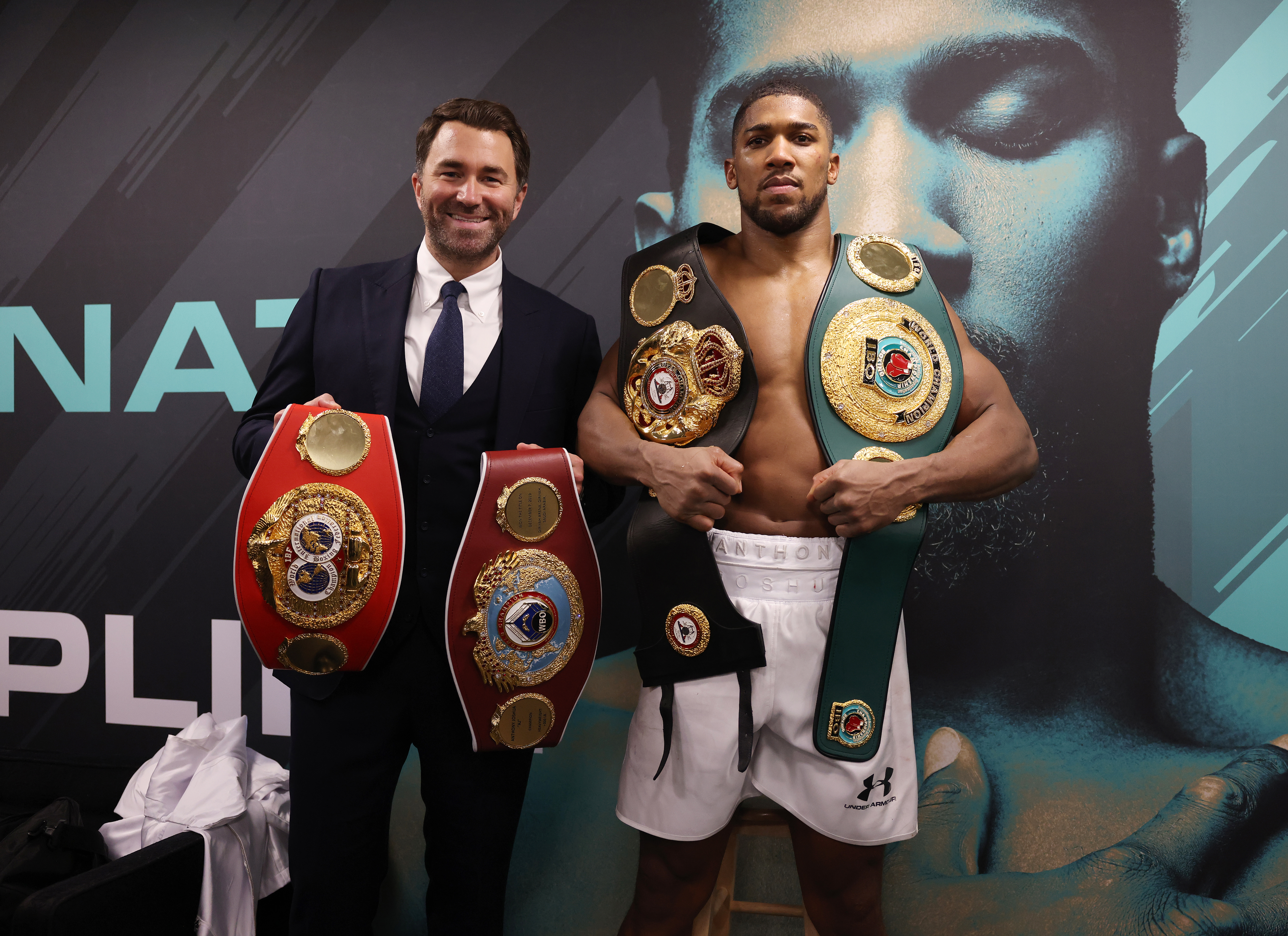 “I mean, we won’t be going to purse bids or anything like that, and mucking around.

“By the way, I don’t blame the WBO. They were actually quite generous to us with our time. I mean, let’s be honest – it dragged on a lot, didn’t it?

“So, I have to take my hat off to [WBO president] Paco Valcarcel, because he did put himself, his neck on the line, to allow that fight, when Usyk had a strong case for it not to be allowed.

“But when the time come, [Valcarcel] had to do what he had to do. So, I’m not annoyed with the WBO.

“I’m just annoyed that it seems that basically AJ is told who he’s got to fight every single time.

“But that’s the problem of having three or four belts. That’s just how it is.”