ANDY RUIZ JR has proudly shown off his incredible body transformation on Instagram.

The Mexican-American fighter, 31, hasn’t set foot in the ring since his loss to Anthony Joshua in Saudi Arabia in December 2019. 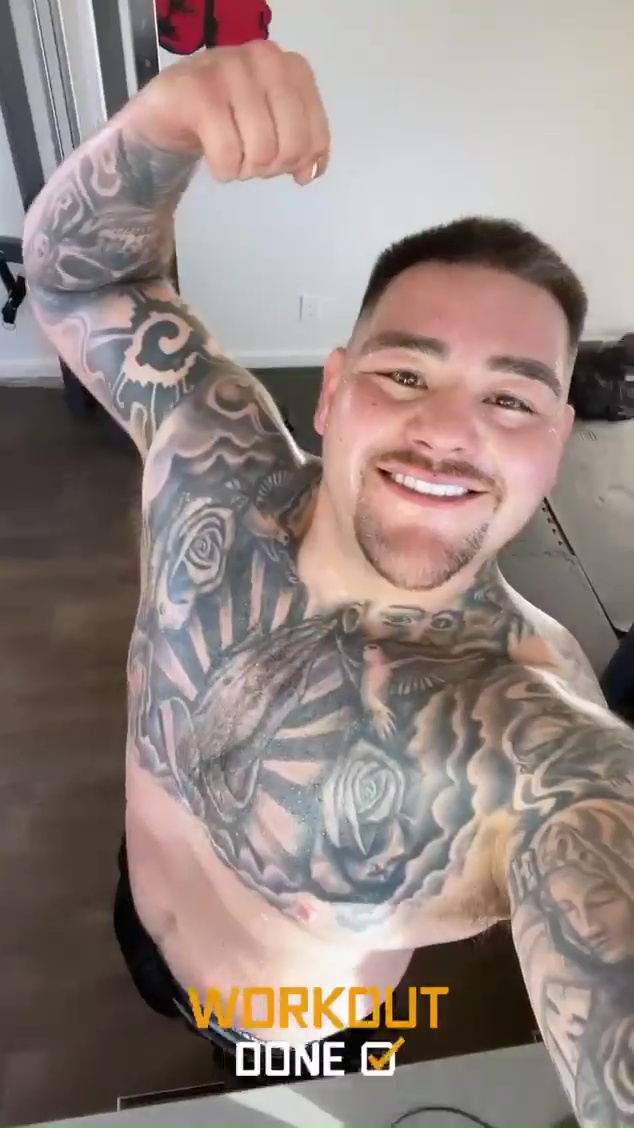 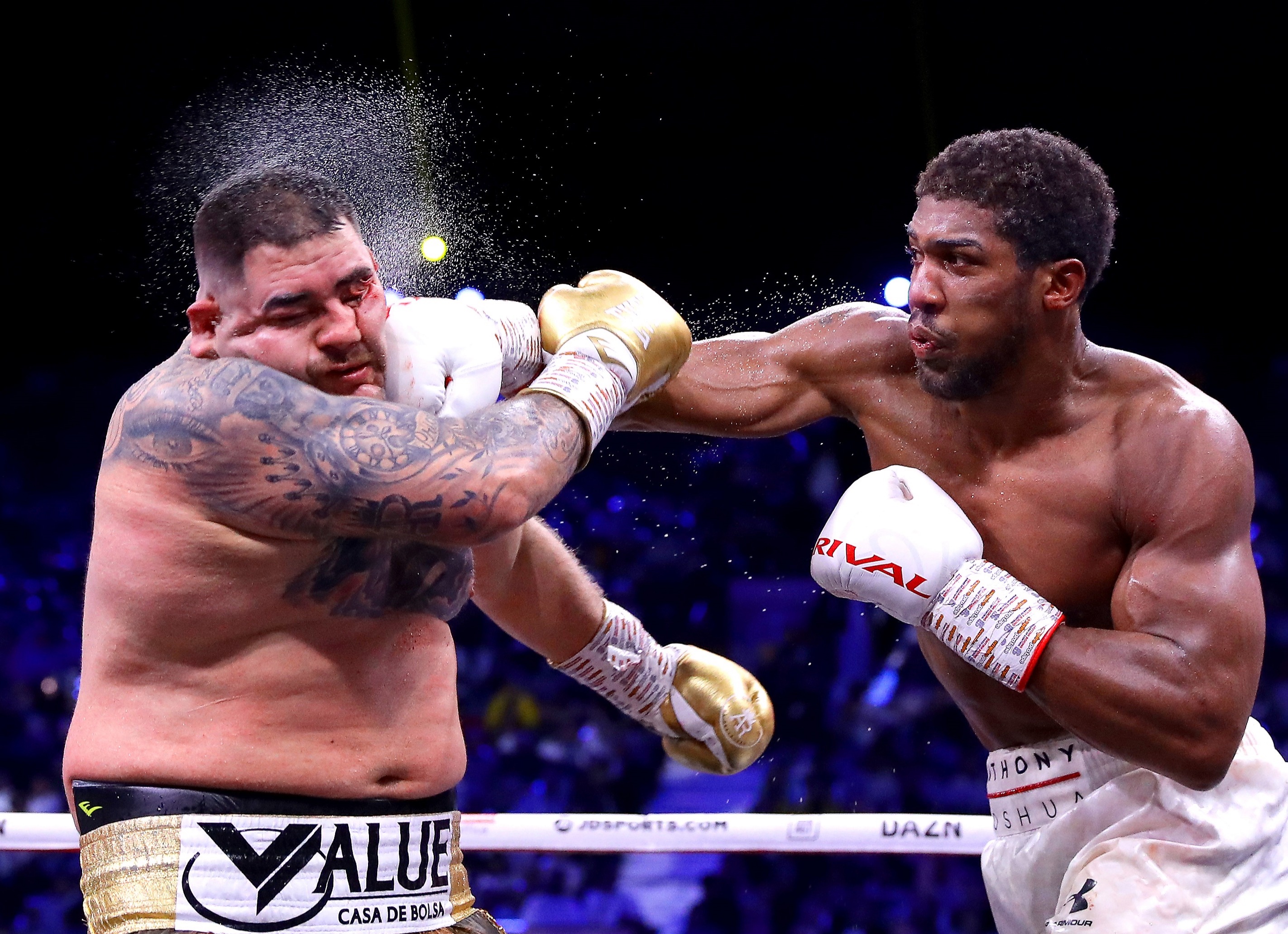 Ruiz tipped the scales at over 20st for his December 2019 defeat at the hands of JoshuaCredit: Getty Images – Getty

That night, Ruiz tipped the scales at a monster 20st 3lbs after admitting a weakness for Snickers bars.

But Ruiz is now putting in the hard graft in gym with a fight against Chris Arreola in the spring on the cards.

In the build-up to the proposed fight, the California-born boxer has switched trainers and has now been taken under Eddy Reynoso’s wing.

And Ruiz showed off his leaner physique in a short video on Instagram.

Filmed from a flattering angle above his own head, he captioned the clip: “Workout done.”

It’s not the first time Ruiz has left fans’ jaws on the floor with his workout videos.

Just last week, the boxer – who beat AJ in their first fight in New York in June 2019 – showed off his brutal left hook.

It was the same punch that caused Joshua so many problems in their first encounter as he ripped away his WBA, WBO and IBF belts. 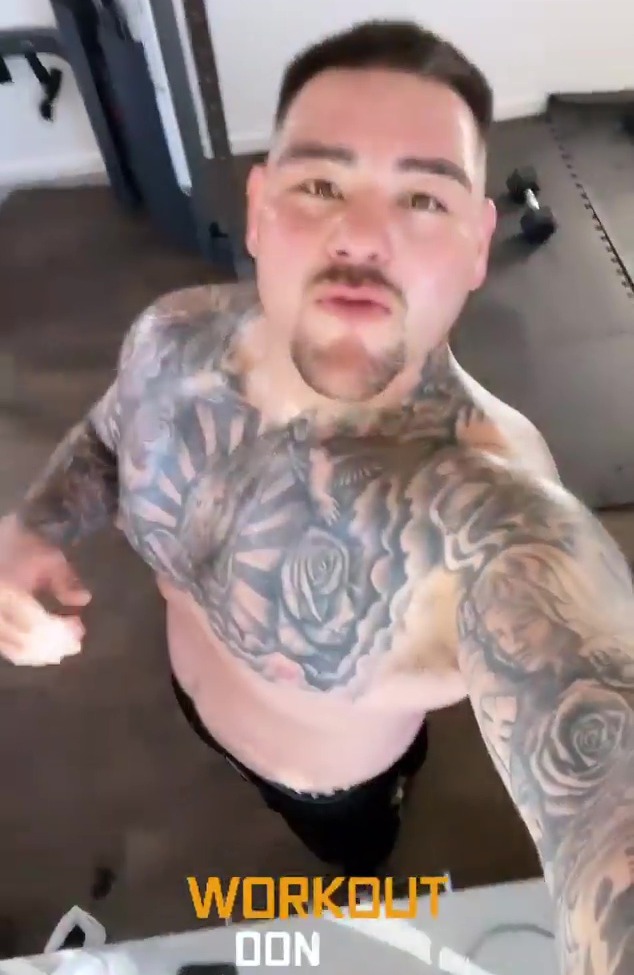 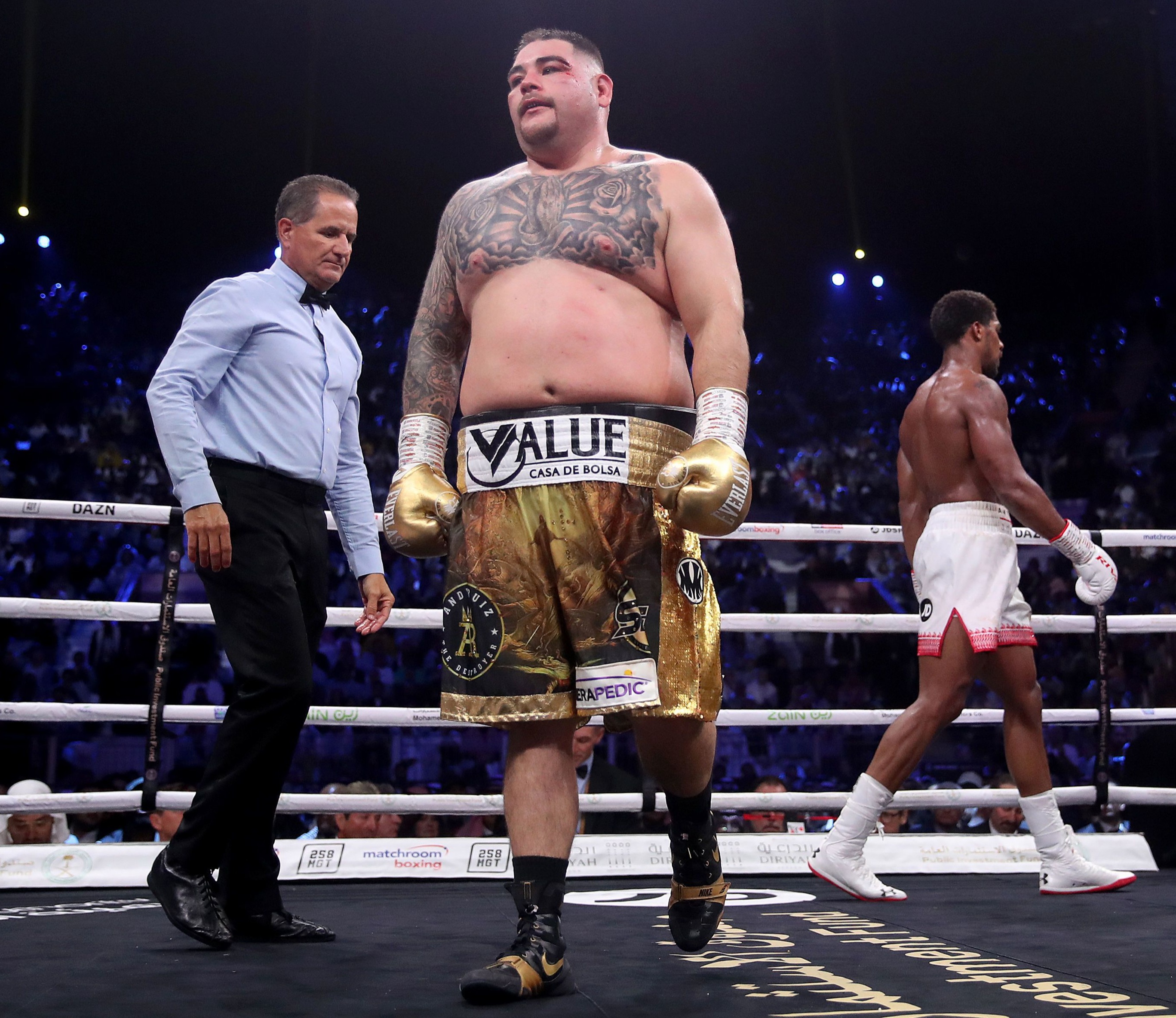 Ruiz hasn’t set foot in the ring since his December 2019 defeat at the hands of JoshuaCredit: PA:Press Association

Ruiz also confirmed he will soon be back in action.

Last month, Ruiz even admitted he hopes to have a third and final fight with Joshua having won the first and lost the rematch.

Ruiz claimed: “I’d like to fight the rematch again, the third fight with Anthony Joshua, and either between Wilder and Tyson Fury.

“Nobody thought I’d be champion of the world with the way I looked.

“I want to get back at it and be the man I’m supposed to be.

“And I don’t have a fight date yet, but I’m for sure going to fight this year.

“I just want to be in shape and show everybody… this little chubby boy is going to look good.”

But Mexican trainer Jorge Catepillo – who was in Ruiz Jr’s corner for his early fights – is just desperate for the 33-2 boxer to get back to competing.

He told Sky Sports: “A fighter never loses because they get knocked down. They lose because they don’t get up.

“I want Andy to prove to himself that it was not a lucky shot.

“Because it was not lucky, let me tell you, because Joshua went down but got back up.

“Joshua didn’t run. But you saw what happened.

“I would love to see Andy as a champion again.”

How will the stamp duty holiday ending affect you?