MOST Americans would prefer to have a boozy picnic with friends instead of meeting pals in a jam-packed bar after the Covid-19 crisis.

A study of 2,000 nationally representative people revealed the outdoor dining craze is here to stay, with three in five taking up cooking and eating outside since March 2020. 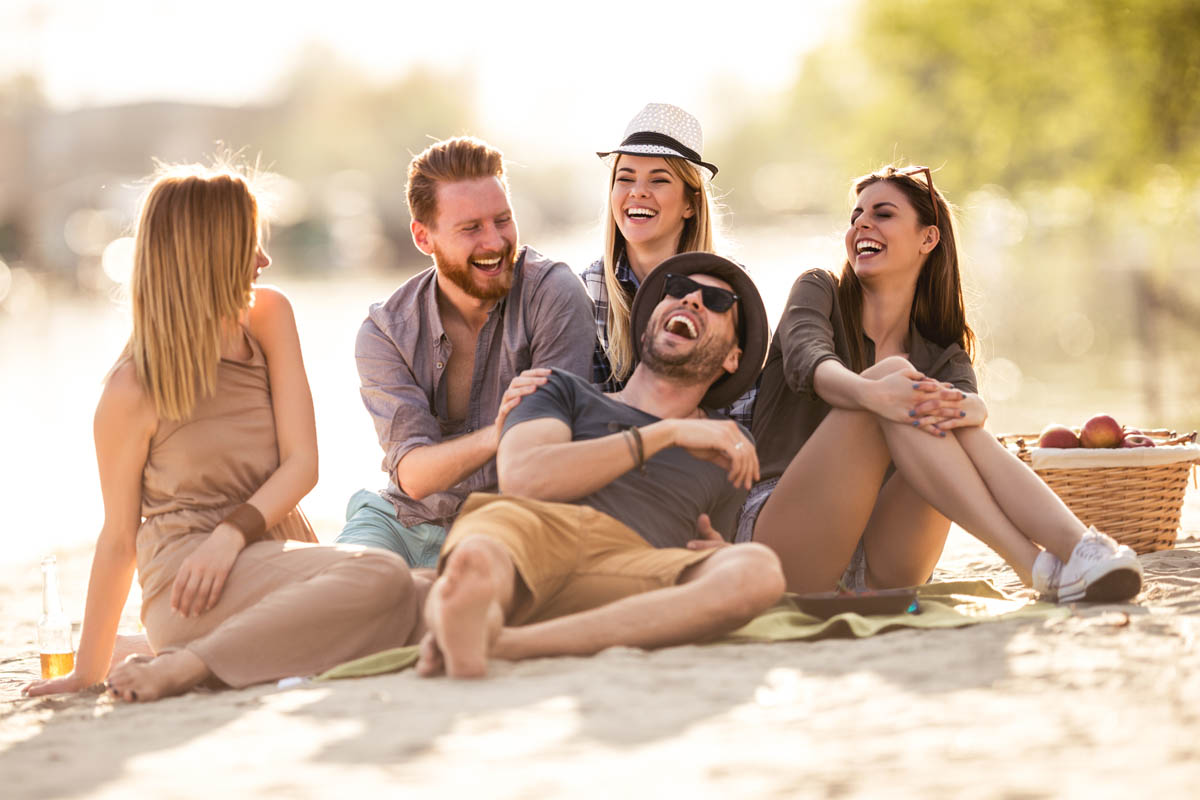 Of those dining al fresco, seven in 10 went so far as to call their outdoor adventures a “total lifesaver” when it came to keeping things upbeat amid the pandemic.

That doesn’t mean taking the dining room out of the house was a seamless transition though. Nearly two in three (63percent) confessed it took a few tries (and mistakes) to master eating outside.

The survey, conducted by OnePoll on behalf of the American Lamb Board, found the most common mishaps were forgotten ingredients, over or undercooked food and dropped food.

While the thought of eating outside might not have provoked immediate excitement pre-pandemic, 47percent said their bar for what they consider an adventure is considerably lower now than it was in March 2020.

Respondents said experiences like taking a new hike, walking around the neighborhood or learning to use Zoom were all “adventurous” experiences for them over the past 12 months.

Cooking a new dish came out at the top of the list of now-thrilling experiences, with watching a new TV show and taking “the long way” home also making it into the top five.

The long way home may have also helped respondents find a new appreciation for the natural beauty around them. Forty-four percent admitted they haven’t spent this much time outdoors since they were children.

Nearly three in five (58percent) have discovered a new-found love for nature because of the pandemic and that’s had some other positive effects.

All the time spent outdoors made one in two respondents realize that they really need to slow down and smell the roses.

“That feeling of cooking something for the first time or trying a new recipe that is a bit outside your comfort zone can be exhilarating,” said Megan Wortman, executive director of the American Lamb Board.

“It’s clear from the data that eating outside has been a bright spot during this challenging time; whether it was the ability to safely gather outside around a meal or a favorite dish cooked outside, it’s wonderful to think about how much a simple meal amid nature has meant to people.”

Respondents have been reaching back into their childhoods to conjure up activities that will bring them joy.

Three in four (75percent) said the smell of barbecue brings back happy memories, so it’s no surprise that grilling outside came out on top of the list of pandemic cooking adventures respondents have undertaken.

While beef and chicken topped the list for respondents’ favorite foods to grill up, respondents weren’t afraid to get creative with their barbecue creations with everything from vegetables to lamb to fruit in the top 10 grillable foods.

Lamb was considered the most adventurous food by nearly one-third of respondents (31percent) with mangos and sushi close behind.

“People seem to have the right idea — combining nature and a great meal — to feed their adventurous side,” Wortman added.

“Whether you’re grilling, smoking or cooking over an open flame, American Lamb is a really simple meat to cook that pairs nicely with grilled vegetables and even grilled fruit, so it’s great to see respondents are thinking about all three on the BBQ.

“The most important thing when cooking outside though is to just have fun and savor the time with your friends over a great meal!”

I’m 28 and never had a boyfriend… so I’ve frozen my eggs before it’s too late, says Love Island’s Amy Hart