JAN VOKES had only ever bred whippets and racing pigeons.

So what made the cleaner think she could take on the Sheiks and other muti-millionaire owners who dominate horse racing, the sport of kings. 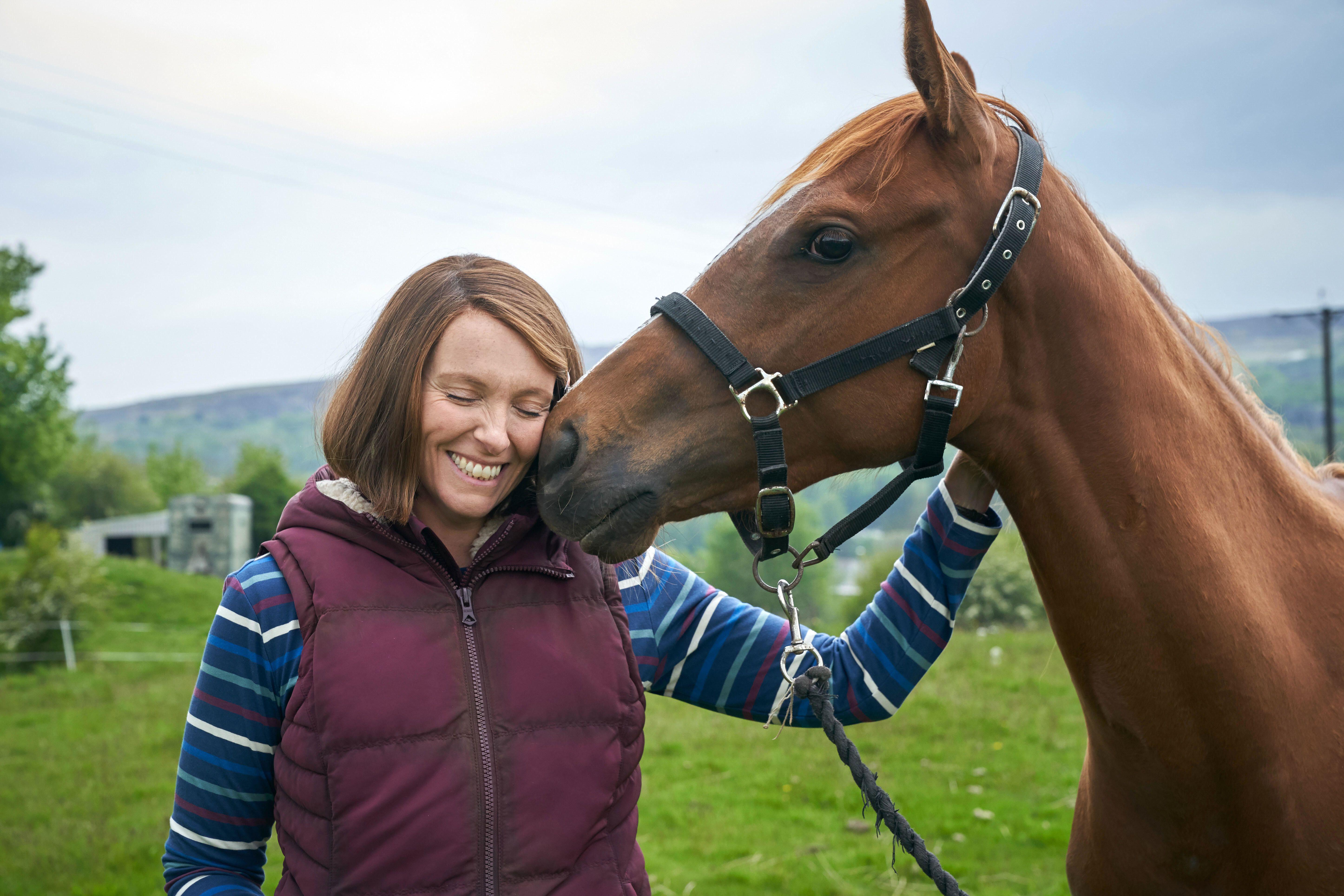 The film tells how mum-of-two Jan, played by Toni Collette pictured, bought a badly scarred mare from a bloke in a layby for just £350Credit: Alamy

But she did, backed by a 23-strong syndicate, which included factory workers, a taxi driver and a painter and decorator — to enormous success.

The story of how Jan, 67, and husband Brian, 73, a retired road surfacer, raised their champion stallion — on their allotment — is now a film Dream Horse, which opens this week.

Yet cinemagoers won’t see the drama continued after the cameras stopped rolling.

The feelgood film, starring Toni Collette and Damian Lewis, tells how mum-of-two Jan bought a badly scarred mare from a bloke in a layby for just £350.

Having studied the bloodlines, she then paid for a stud called Bien Bien to father a foal in 2001.

They named the youngster Dream Alliance — a nod to the “alliance” of pals and locals who put £10 a week into a syndicate to pay for his training and care.

We had high hopes

The young chestnut stallion spent his early days on the couple’s allotment — a former slag-heap a short drive from their terrace home in the Welsh valleys — cared for by them.

The syndicate, which also included tax consultants, a restaurant owner, retirees, a property developer, a storeman, a mortgage adviser and a bailiff, raised enough money to send the horse for training at Philip Hobbs’s stables in Somerset.

It took only four races before Dream Alliance triumphed, in January 2006 at Chepstow.

At Aintree in 2008, as Dream ­Alliance took part in a preparatory race over hurdles for the Grand National, his rear hoof sliced through his front leg, severing a tendon.

The injury would typically result in a horse being put down, but Jan, played in the movie by Collette, and the syndicate — run by accountant Howard Davies (Lewis) — insisted he should be saved. 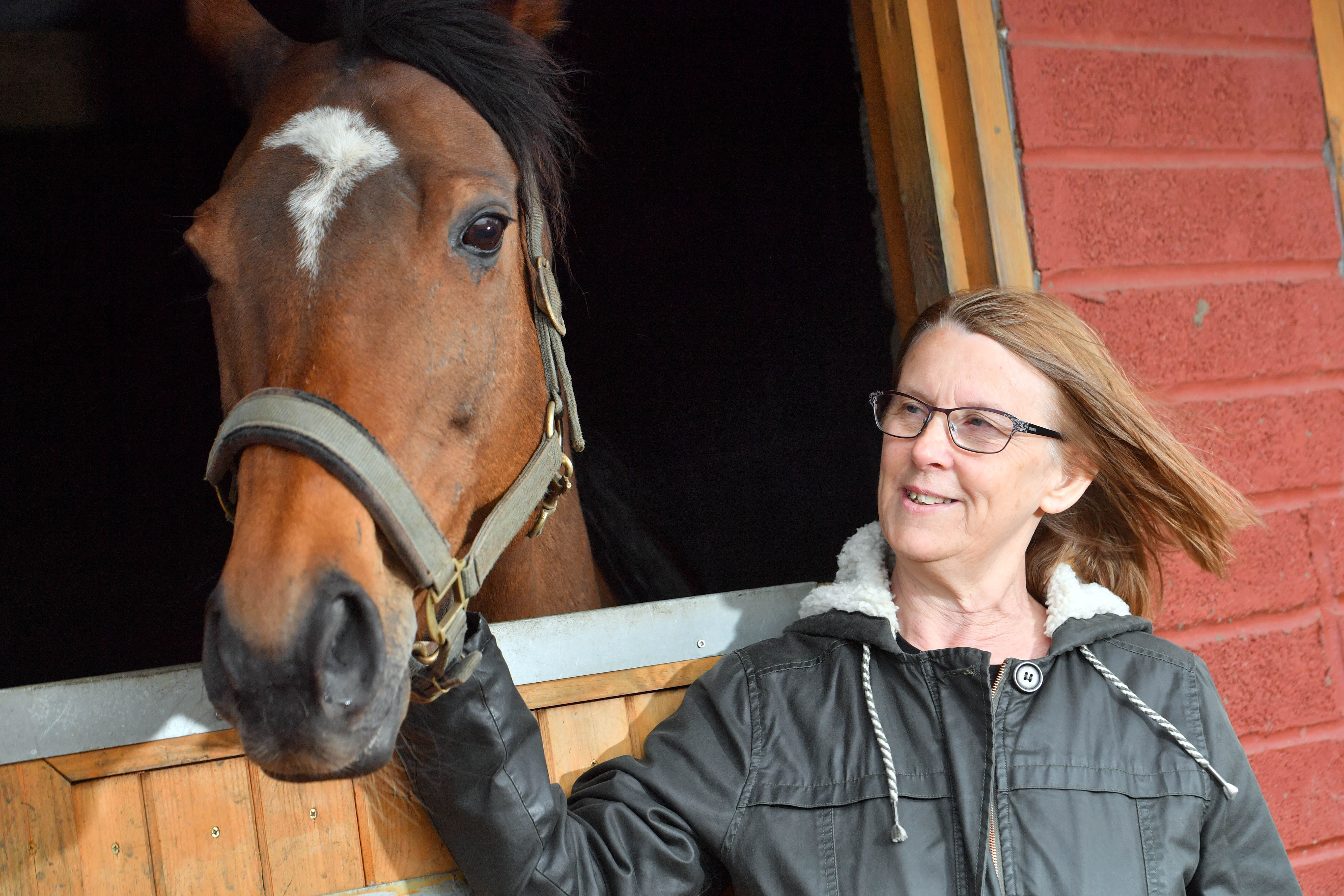 Mare care – Jan at the stables with JuwireyaCredit: MEDIA WALES

She recalls: “They give you so much pleasure, you have to look after them.

“If he had been put down, the syndicate would have had the insurance money, which was a lot, but they wouldn’t do that.

“Everybody put his welfare first.”

Rebuffing the £44,000 insurance payout, the syndicate instead decided to stump up £20,000 for radical stem cell-aided surgery.

The gamble paid off handsomely when, a year later, Dream Alliance won the Welsh National.

Yet Brian and Jan’s rollercoaster ride stretched on further than the epic tale captured on film.

An arson attack at their stable killed a gifted new horse and almost saw Jan throw in the towel.

But she has bounced back and raised what she hopes to be another champion.

The syndicate bought a new brood mare, Juwireya, and in May 2015 she had a son they called Impossible Dream.

Jan says: “When he went to be broken in, the trainer said he was the best two-year-old he’d had in his yard for a long time. We had high hopes for him.”

But in December 2017, just a few weeks before Impossible Dream was set to go to Philip Hobbs permanently, fire swept through Jan’s wooden stables.

Juwireya escaped, though was badly burned, and only 24-hour care from vet Ron Williams saw her pull through.

However, Impossible Dream died in the blaze.

She explains: “Ron said we had to ­continue. He said the mare deserved to have another foal, so you have to carry on. I am glad he talked us around.”

It’s not about money

Shockingly, a fire service probe revealed the blaze had been started by a cloth dipped in an accelerant.

Police never caught the arsonist, but rumour has it Jan’s stable had been targeted by mistake.

The stables have now been rebuilt — in brick. That had been the plan when they built the timber stables, but the bricks had been stolen.

Jan says: “We have cameras on the stable now, for security. We have learned a lot on the way.”

Juwireya went on to have a filly, which the couple called Phoenix Dream.

And they think the two-year-old is a star in the making. 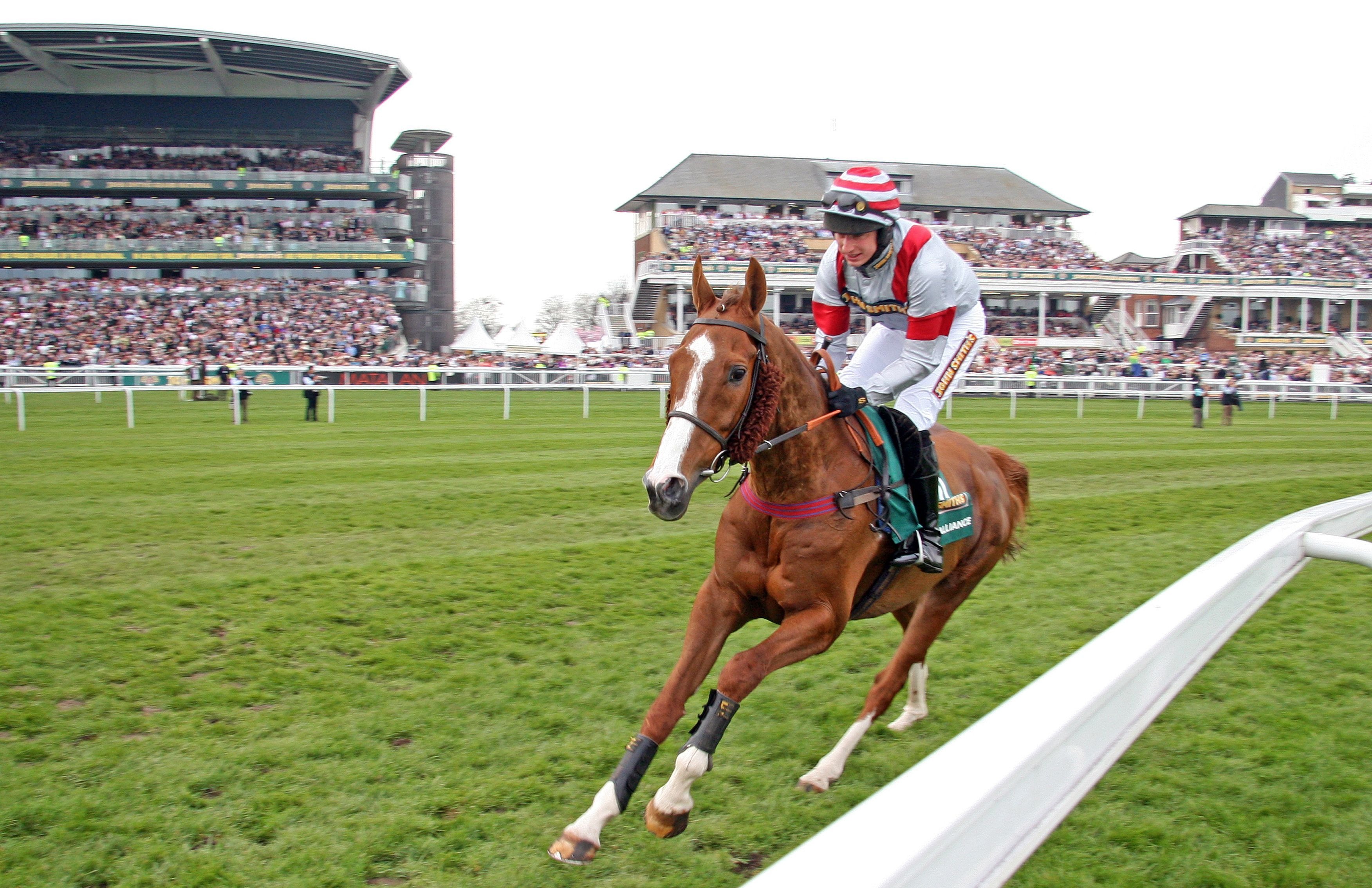 Jan says: “It’s exciting. She’s a real blinder. She looks lovely, we are hoping she is as good as she looks.”

The syndicate also bought a mare called A Little Faith, aged four, who will be trained by Philip Hobbs.

Jan says: “It’s not about the money. It is taking on the sport of kings. You can do it on a shoestring or do it with millions.

“Once you have won one of the big races, you want to go on to win another.

“You try to better what you did last time. We would like to conquer the Cheltenham Festival. That would be wonderful.

“I still have space on the cupboard for a Gold Cup.”

Jan’s dedication to the welfare of her steeds shines through.

She says: “Myself and my husband couldn’t have any of them put down. They become part of the family.”

Jan, who still works as a cleaner at Asda and in a local school, added: “I work two jobs, so my ­husband spends most of the time with the horses.

“They know when his car is ­coming up the drive before they even see it.

As for the elegant chestnut stallion that thrust the couple into the limelight, he is now seeing out his retirement at a stable in Somerset. 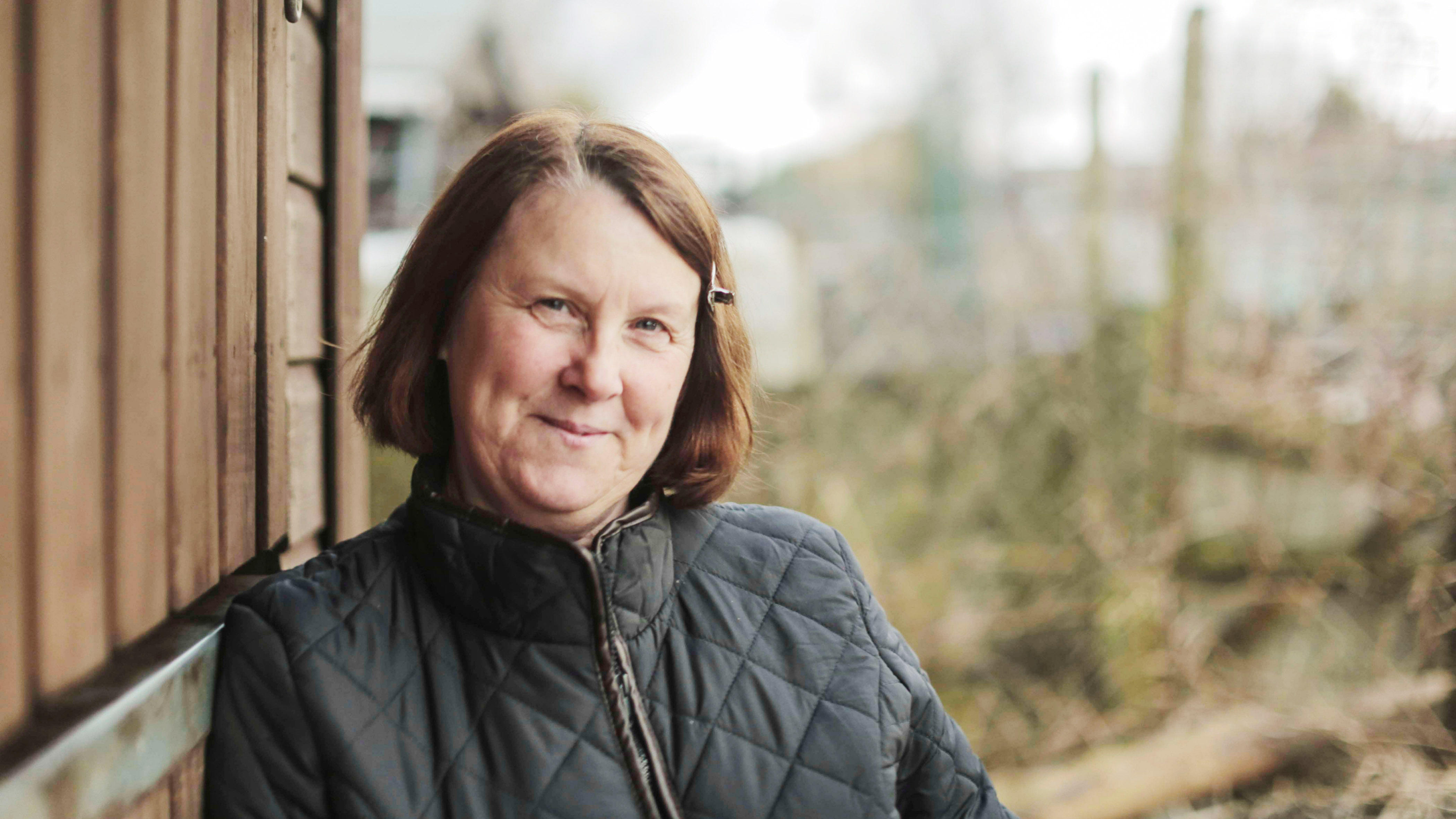 Jan says: ‘It’s not about the money. It is taking on the sport of kings. You can do it on a shoestring or do it with millions’Credit: Alamy 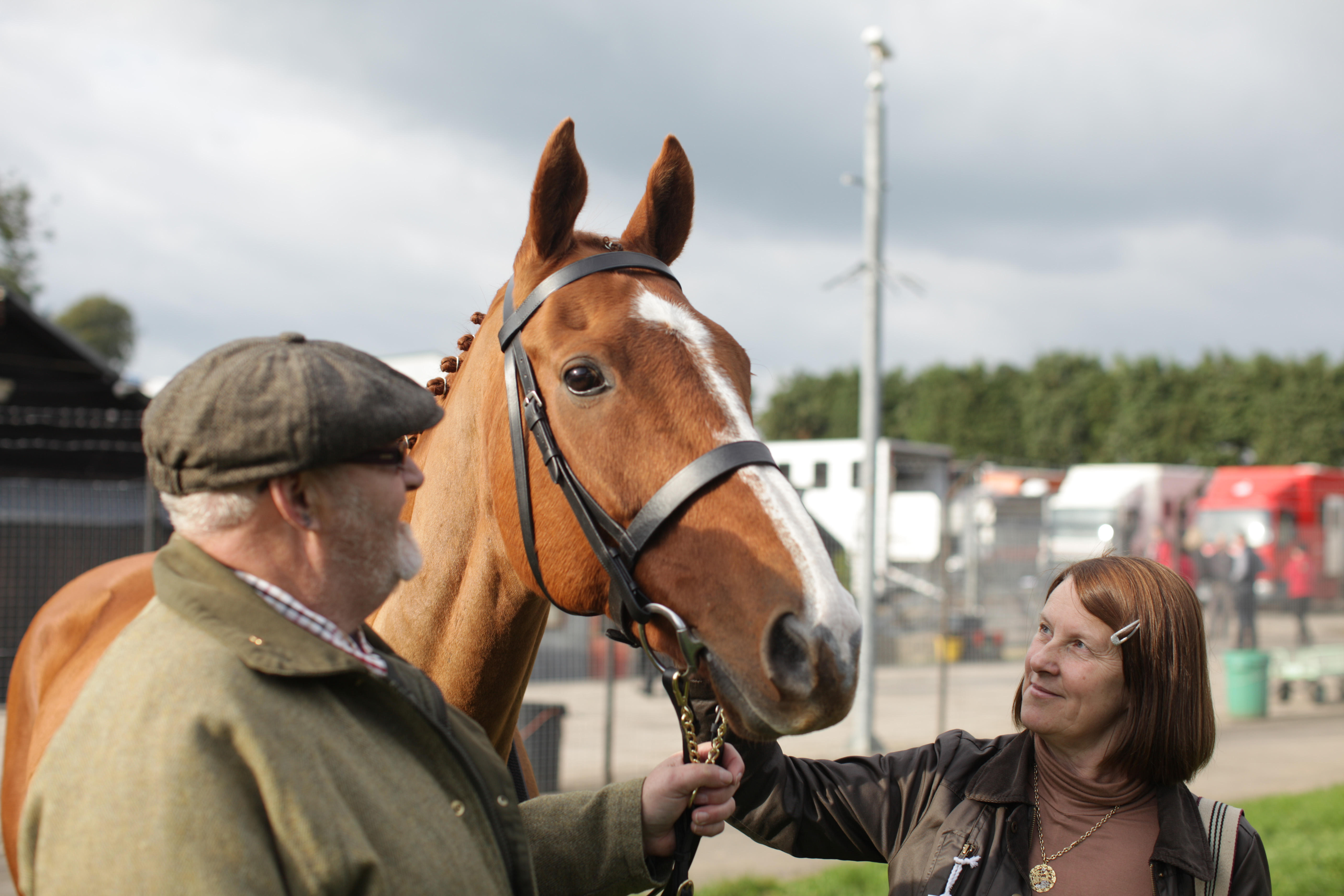 Jan said: ‘Once you have won one of the big races, you want to go on to win another’ – pictured Toni Collette and Damian Lewis in the new flickCredit: Alamy 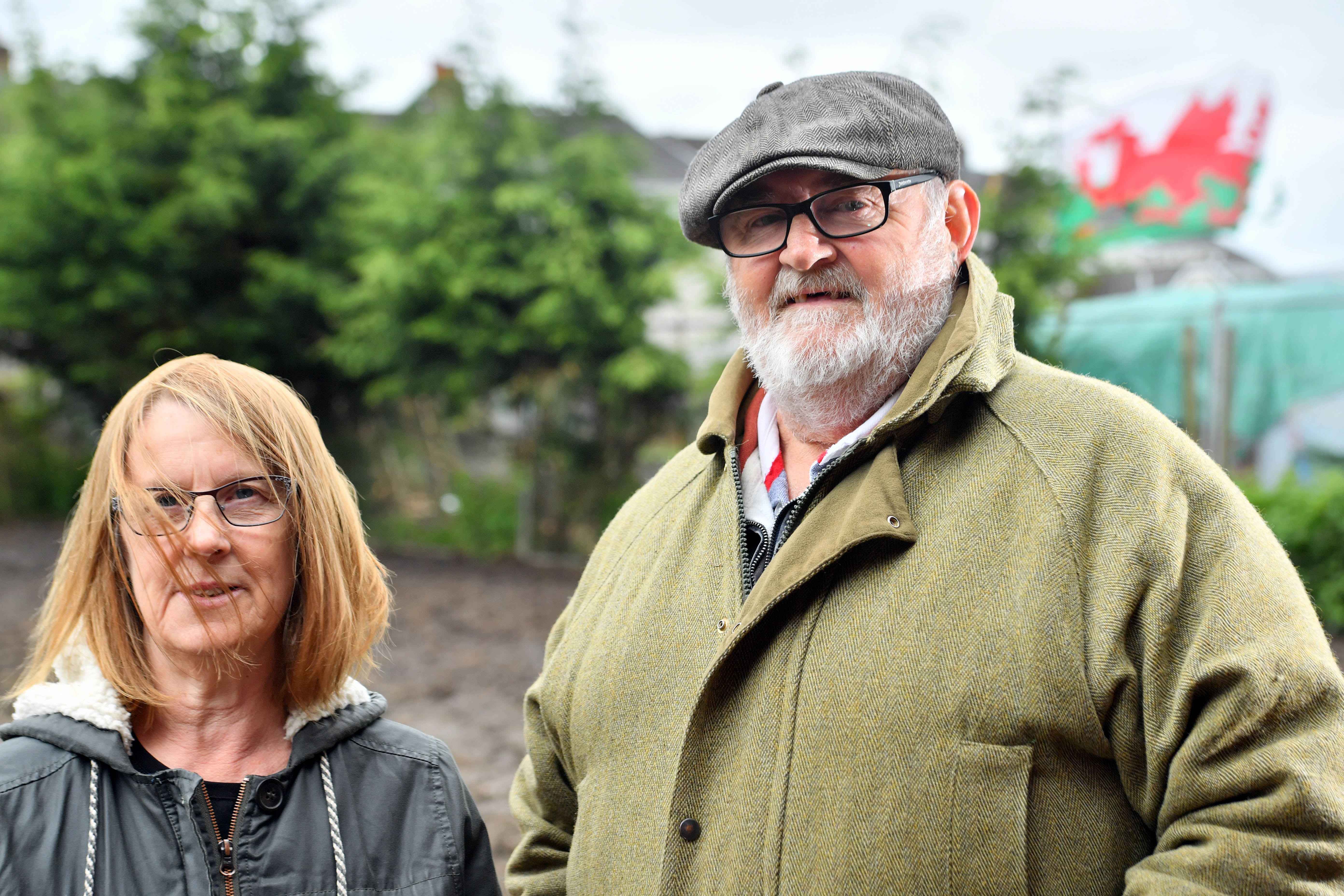 Jan and Brian at the stable and allotment where they brought up their thoroughbred race horseCredit: MEDIA WALES

Jan had wanted to keep Dream Alliance at her stable, but knew that would end her career as a breeder due to lack of space.

Jan says: “It was upsetting at the time to let Dream go.

Fleur East insists The X Factor should come with a warning