AMANDA Holden today flashed some leg in a sexy dress that was slashed to the thigh.

Yesterday the 49-year-old star revealed how she was looking forward to spring. 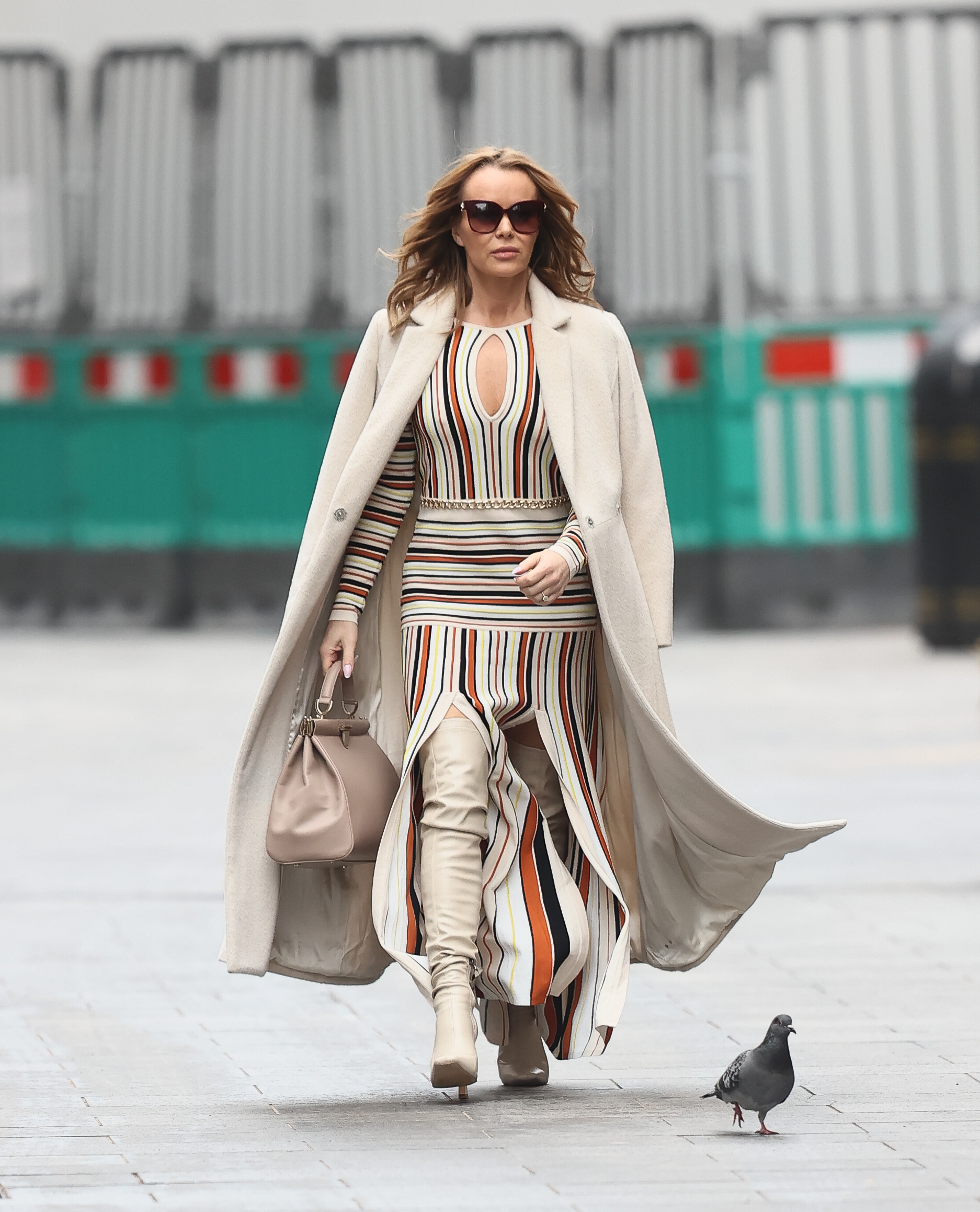 Amanda Holden showed off some leg in this sexy dressCredit: Splash News

And today’s outfit will certainly gave fans a spring in their step.

Arriving for her job on the Heart Breakfast Show, the radio broadcaster looked sensational in her striped dress.

The frock was slashed to the top of her leg and revealed some sexy thigh boots beneath it.

Amanda topped off her chic look with a long white coat. 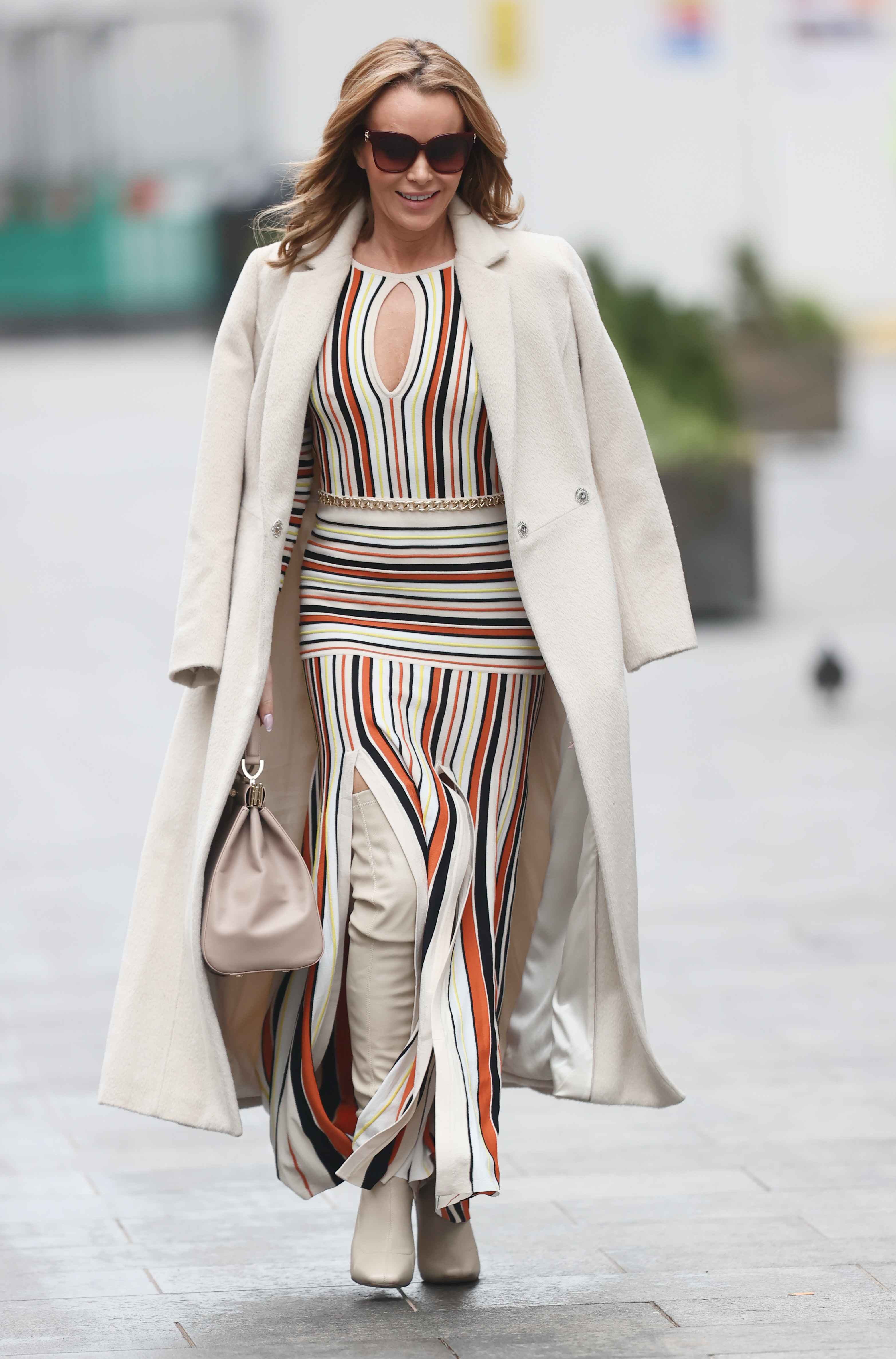 She wore her blonde hair loose around her shoulders and kept her eyes shielded with black shades.

The TV star looked happy and relaxed having admitted yesterday on Instagram that she was “looking forward to Spring”.

Meanwhile, Amanda recently said how “delighted” she was Britain’s Got Talent has been postponed – but promised it’ll be back in Autumn.

Last month, The Sun’s Bizarre revealed the beloved talent show would held up for weeks because of the Government’s recent Covid-19 rule changes. 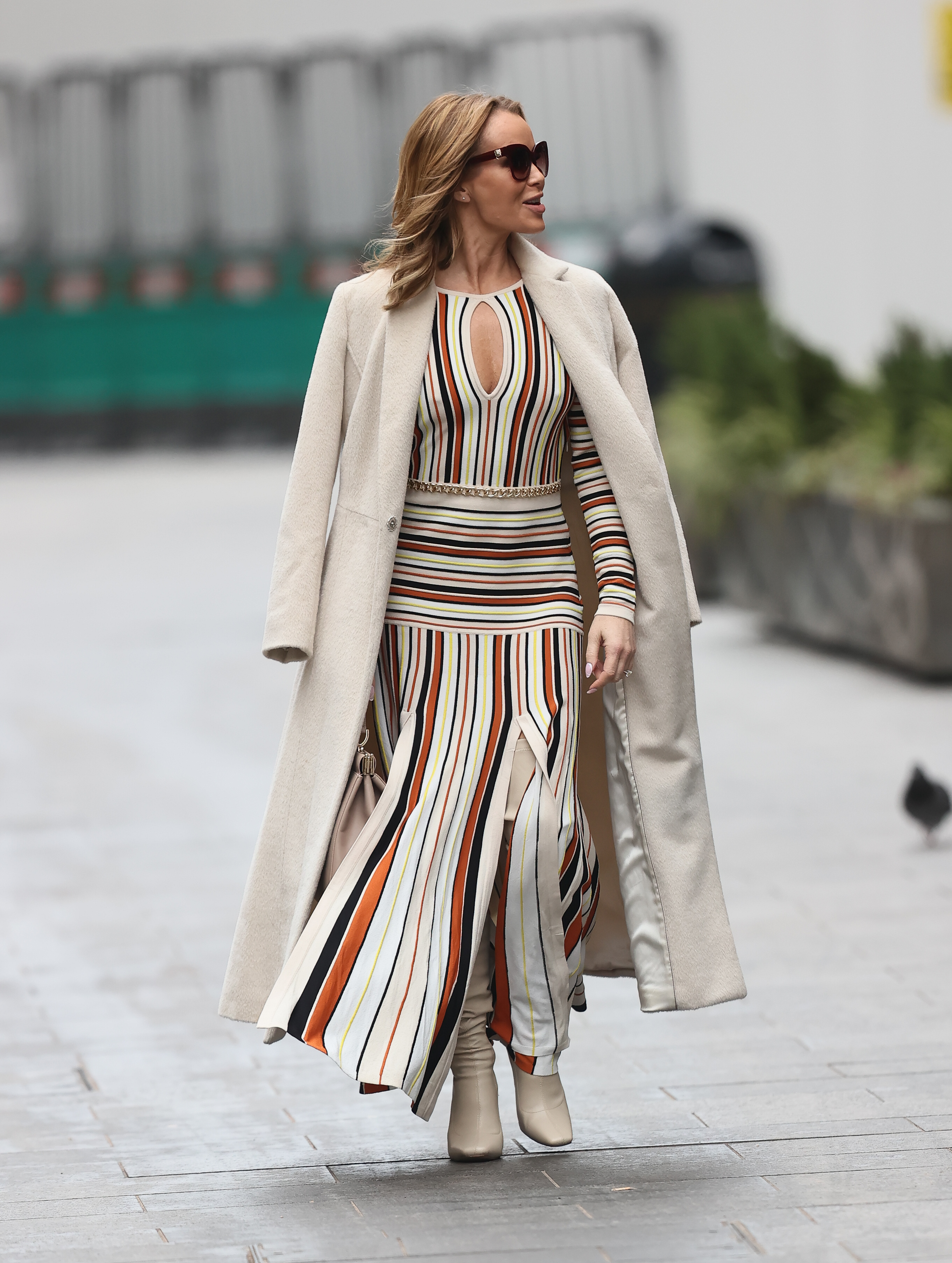 Amanda dazzled on her way to work this morningCredit: Splash News

And now Amanda revealed that the auditions that were due to go ahead this month have been pushed back until Autumn.

Speaking on her Heart Breakfast Show with Jamie Theakston, she shared: “We were due to start filming on the 18th of January and then it was pushed to the 28th and then we got the call yesterday [Thursday] before the press release just saying, look I think out of every show on television Britain’s Got Talent needs the audience.

“We need you guys, because we call them the fifth judge and it just makes no sense not to have them behind us.”

When asked by her co-host whether she was “happy” with the decision, Amanda said: “I’m delighted. 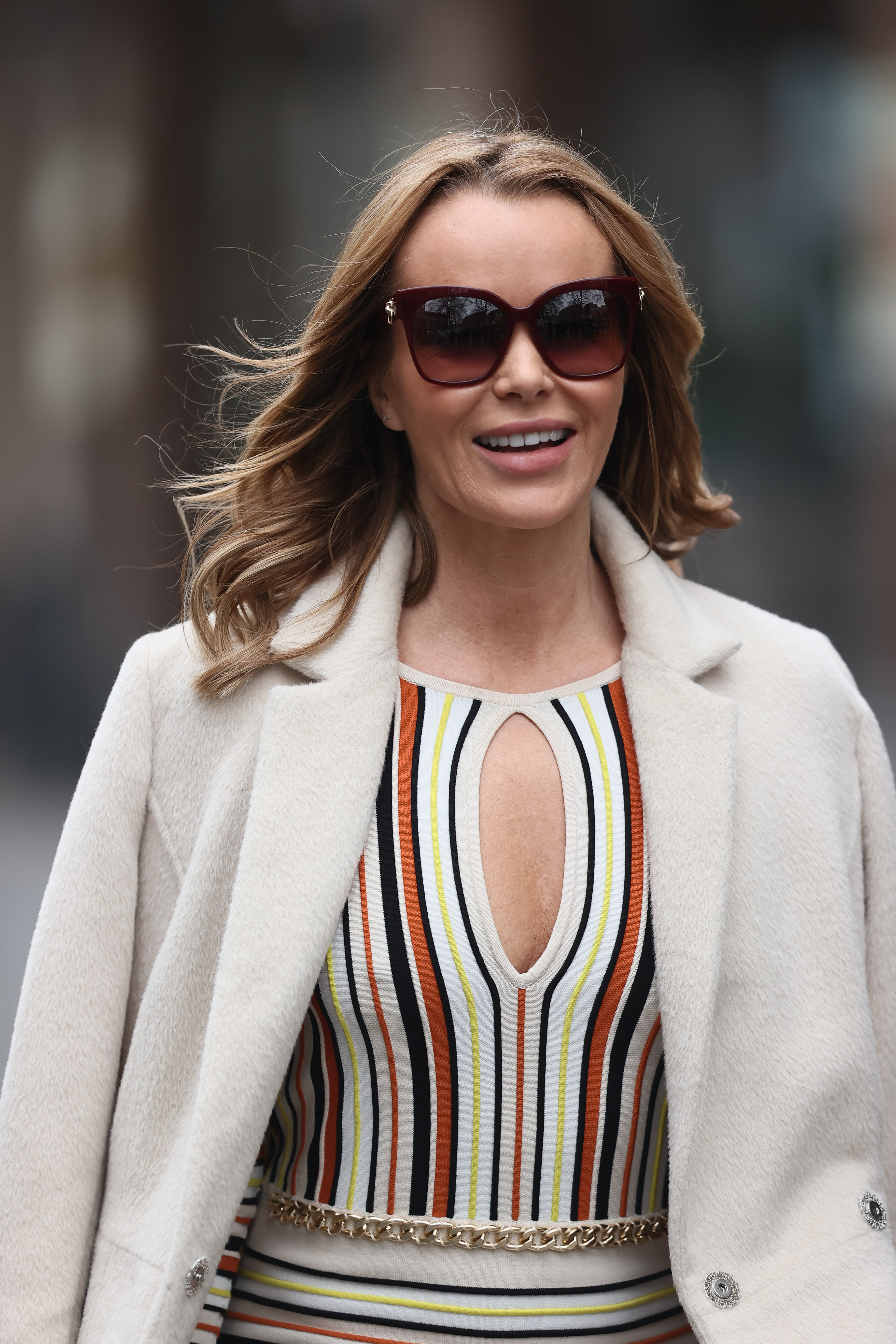 The radio star looked happy as she headed into Heart RadioCredit: Splash News 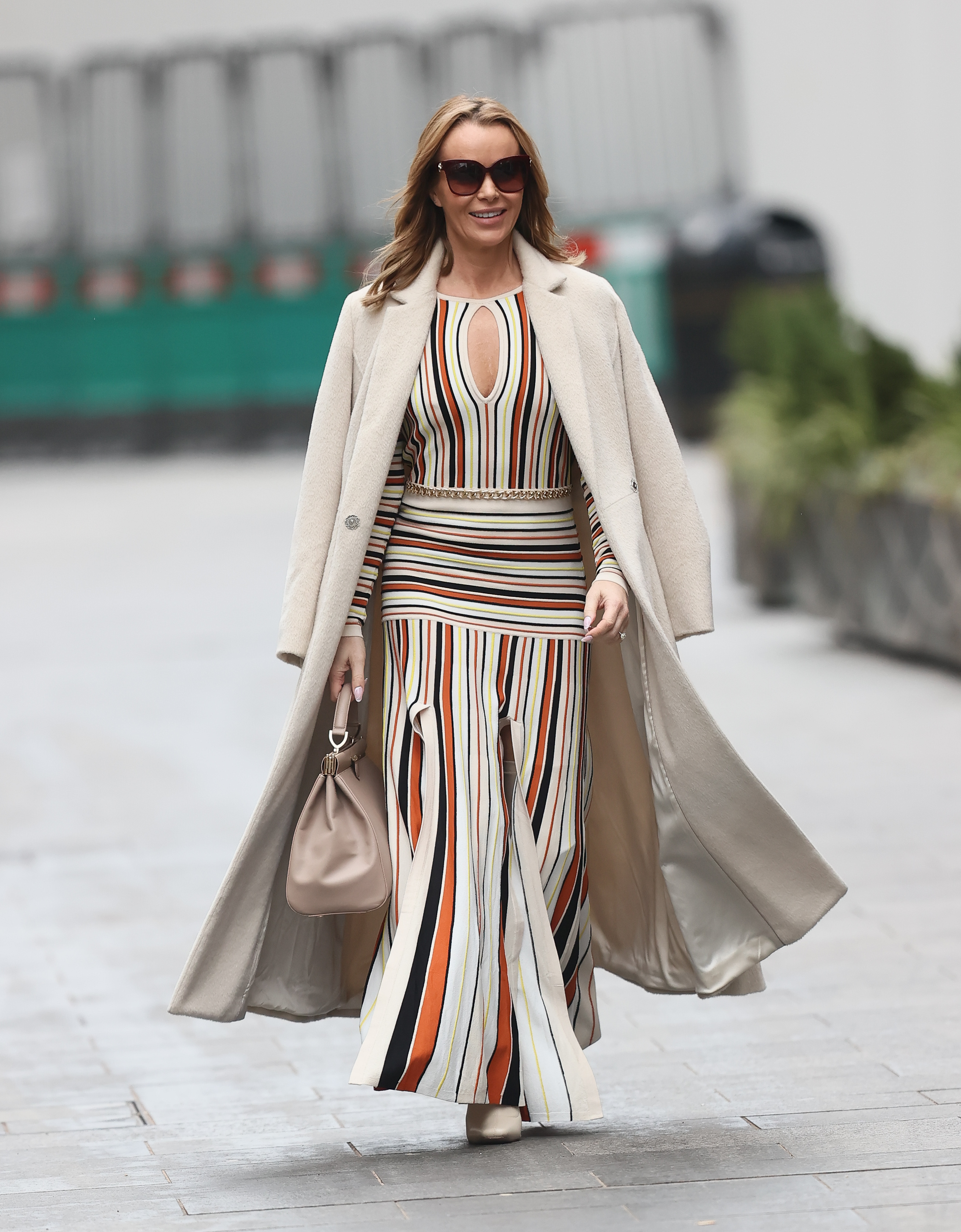 She completed her look with a long white jacketCredit: Splash News

Although she agreed that it was for the best, Amanda said she’ll miss Simon, who missed the Autumn live shows following a terrifying electric bike accident in August.

The broadcaster added: “I’ll miss Simon though. It will be nearly two years since I’ve actually touched him!”