The teenager, 18, headed home an expert pass from Bruno Fernandes but saw his thunder stolen by Simon Kjaer in stoppage time. 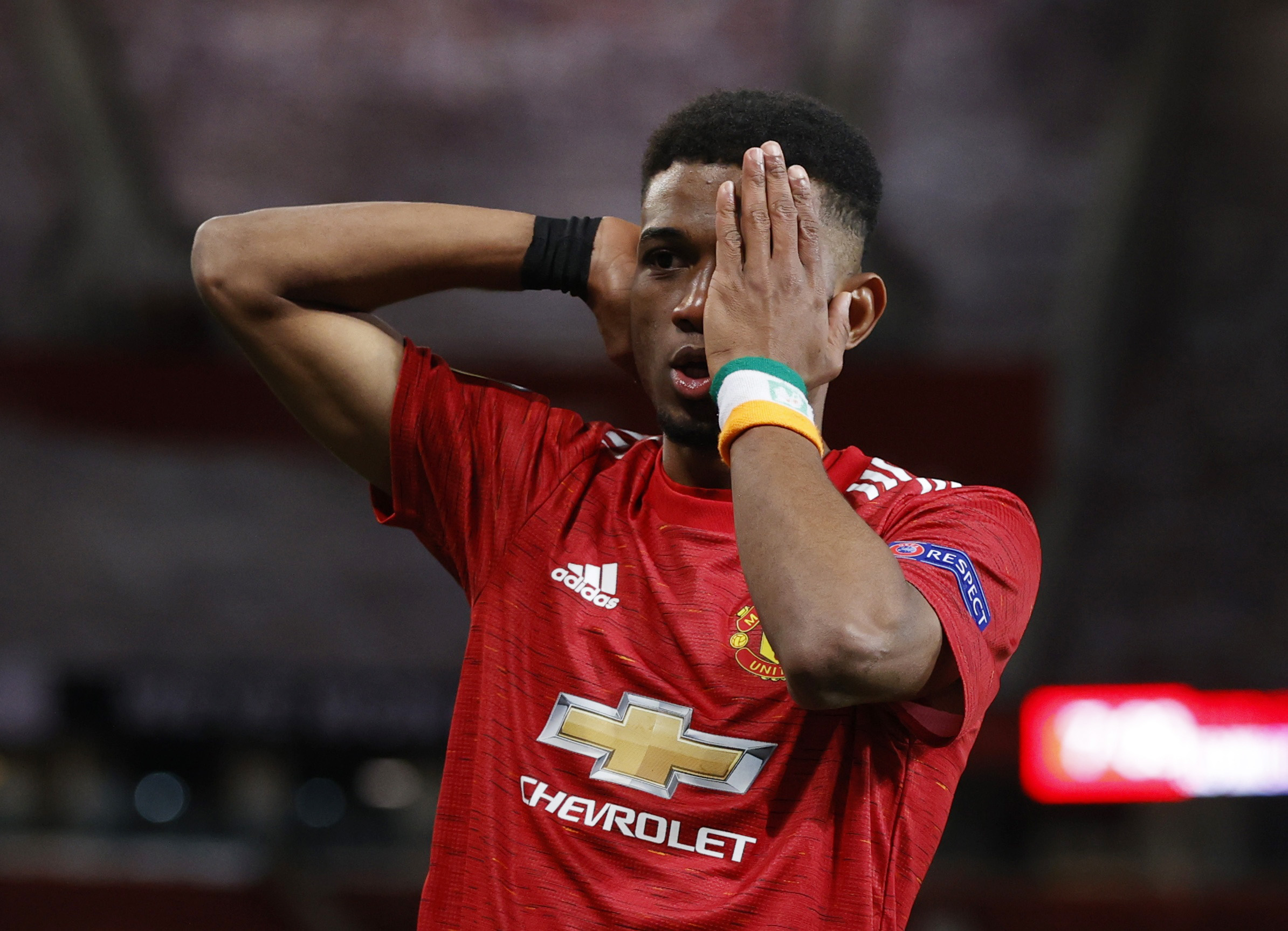 Amad Diallo, 18, scored his first goal for Man Utd in the 1-1 draw with AC MilanCredit: Reuters

Was fortunate to still have a clean sheet to protect in stoppage time with Milan twice denied after having the ball in the net.

Made saves to deny Alexis Saelemaekers and Franck Kessie but flapped at Milan’s equaliser as Kjaer’s header proved too strong for him.

Assured defensively but offered very little in an attacking sense.

Faces a real make-or-break end to the season, with rumours that United will move for a new centre-half this summer.

Reasonably solid on his 100th appearance and on this evidence should be given the chance to stake a claim ahead of Victor Lindelof. 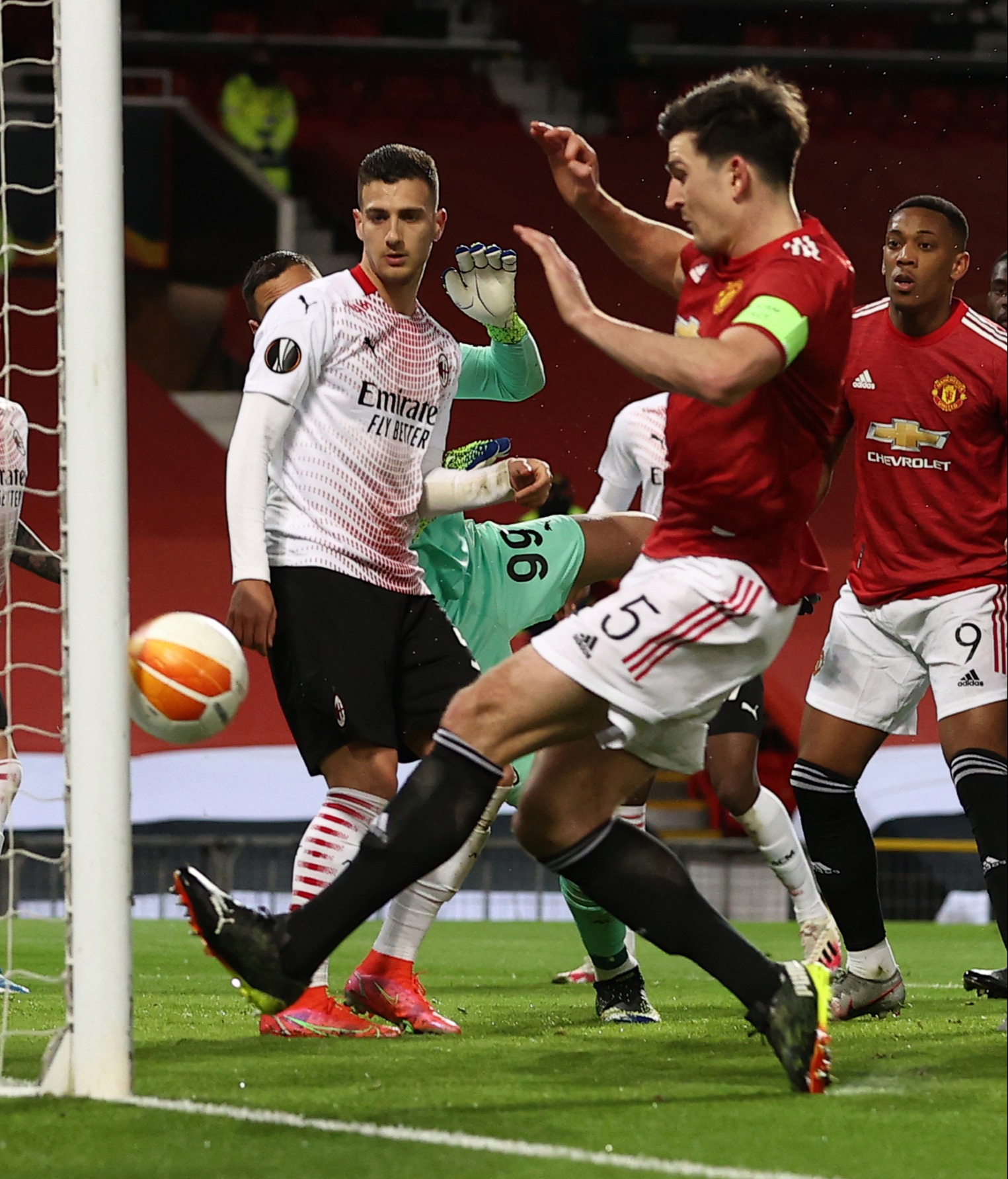 Somehow failed to give United the lead from a yard out as he directed a Bruno Fernandes header onto the post.

Needed to be covered several times by Bailly in the first-half, but emerged from the break more settled and made several blocks.

His signing proved the spark behind Luke Shaw’s revival but he failed to take his chance to prove he can displace his fellow left-back any time soon.

Committed a few sloppy fouls conceded and his set-piece delivery was poor. Saw out the game with England star Shaw behind him.

The academy lad has enjoyed a stunning season but it wasn’t quite his night, although he at least attempted to be positive on the ball compared to his midfield partner.

Struggled with the overall pace as he continues to work himself back to full fitness. Booked.

Lethargic. Proved why Solskjaer opted for Fred against Manchester City.

Failed to use his experience and didn’t protect his backline, particuarly in the first half when Milan looked threatening.

On the fringes in the first-half as United’s lack of chances cost him the chance to use his pace.

Fluffed the chance to get on the scoresheet in his last action before he was subbed as he missed the target with the goal gaping.

On the periphery for much of the first-half but emerged for the second a different beast as he began to dictate play.

Added another assist as it was his stunning pass over the top of Milan’s defence that Amad Diallo flicked home.

Started the first half out on the wing, but enjoyed himself a lot more when restored to his favoured central role following Anthony Martial’s injury.

Willing runner into the channels and displayed good hold-up play. Should have had an assist after putting one on a plate for James.

Struggled to build upon his positive performance at the weekend as United created little in the first half before he succumbed to injury.

Took just five minutes to show why United were so excited about his arrival with a sensational backwards header to open his senior account for the club.