AKIFUMI KATO is the age-defying 69-year-old jockey who has ridden a winner in each of the last 50 years.

But amazingly, he moved to America from Japan not to be a jockey – but to go to Disneyland! 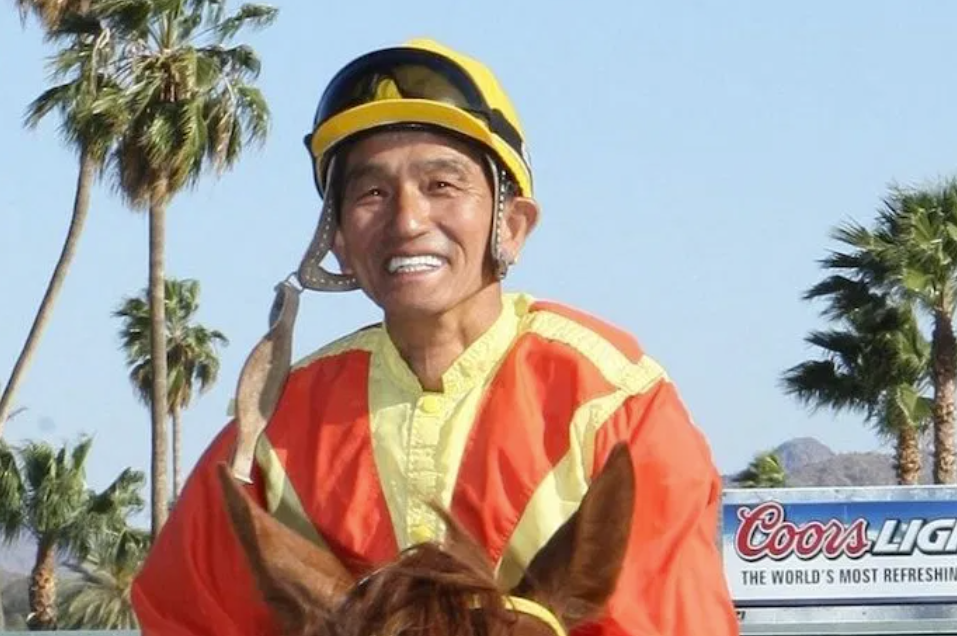 Kato went to America to go to Disneyland but ended up being a jockey riding winners for the past 50 yearsCredit: Emerald Downs

The legendary rider – who competes on horses trained by his daughter – left his homeland for the US in 1971.

But he did so not with dreams of becoming the next big thing in the land of the Kentucky Derby and Breeders’ Cup.

No, his only goal was to go and see Mickey Mouse and Co.

Incredibly, it’s his racing career that has turned into the true fairytale as he continues to bang in the winners after half a century in the saddle.

Kato did have a background in horses, but it was not until one trainer said he looked ‘OK’ on the top of one that he decided to give racing a real go.

Some 50 years on Kato – who is known as the ‘cockey jockey’ – still competes as one of the oldest jockeys in the world – if not the oldest.

And he races on Friday night live on At The Races at 9.22pm in a contest from Turf Paradise.

Recalling how he came to the States, Kato said: “I just wanted to come to Disneyland.

“I didn’t think about riding and only knew about Hollywood Park because it was close to the airport. 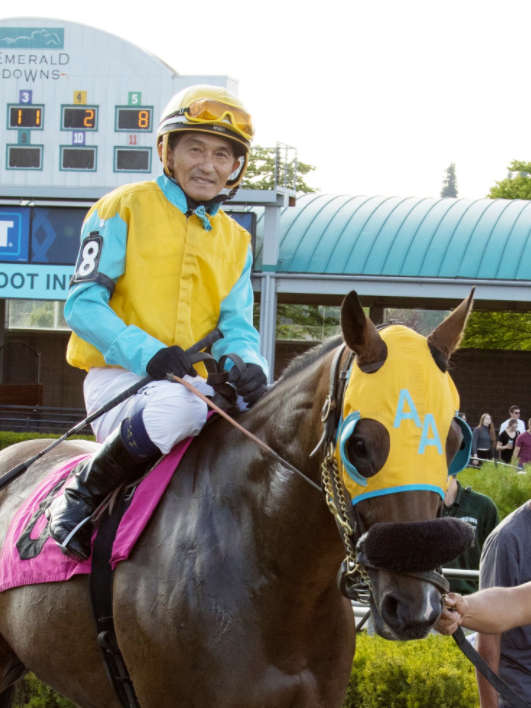 The jockey has no intention of slowing down despite his advancing yearsCredit: Emerald Downs

“I went there and got to know a few trainers.

“One who put me on a horse said I looked OK.”

His first few races were hardly glamorous. In 1973 he was competing against a female secondary school pupil for top apprentice honours.

But trainers started to take notice and he quickly became a fan favourite.

Feeling settled in the States, Kato married wife Dori Yamaura in 1983 and supplemented his income from racing with a stint as a bloodstock agent through the 1990s.

But the winners kept piling up and when daughter Kaylyn started training horses, Akifumi jumped at the chance to ride for her.

So it was fitting when he capped off a half-century of winners aboard her horse She’s A Lady Griz earlier this month at Turf Paradise in Phoenix, Arizona.

How and why does he keep going? Simple.

Kato said: “I just love riding. It’s the thrill of being out there and being competitive.”