A hash brown themed pop-up restaurant is coming to London

We’re big fans of the humble potato – in all its forms.

So we’re naturally very excited about the arrival of Hash Hut, a pop-up kitchen dedicated entirely to hash browns, at Boxpark Croydon this month.

It won’t be serving up your standard chopped potato, mind you.

Opening on February 21 then sticking around for three months, Hash Hut is all about getting experimental with what’s typically considered a breakfast side dish, and putting it front and centre.

So, the menu includes dishes such as The Hash Hut Chip – a stick of spud for dunking in roasted garlic mayo, parmesan, or fresh truffle – and The Hatsu; a twist on your usual Katsu kurry with hash browns topped with panko-coated chicken thighs.

As well as the basic menu, the pop-up will feature a revolving set of items, all focused around hash browns. 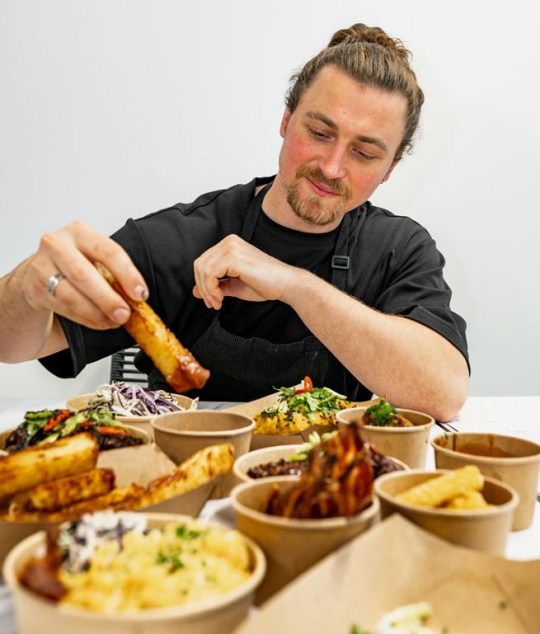 Why go for chips when you can have dunkable hash browns? (Picture: Hash Hut)

Prices will range from £4 to £9. Pricier than your usual bag of frozen hash browns, yes, but remember you’re paying for a proper meal, not just something to mop up your baked beans.

Hash Hut was founded by a British chef who used to work at Michelin-starred Alchemilla, so he knows his stuff. 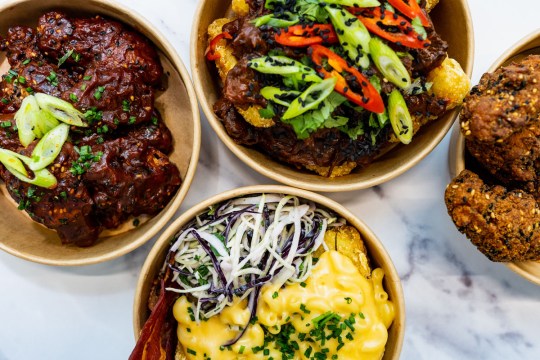 James Sharp came up with the idea while working at a fine dining restaurant in Nottingham, where at the end of each night he would take any leftover hash browns, combine them with toppings such as black garlic caramel and fresh truffle, and serve them up to his fellow chefs as an end-of-shift treat.

After a bunch of appearances at festivals, Hash Hut will now be in London for the next few months, so we can fully enjoy carbs whenever we choose… until May 15, when they’ll pack up shop.