THERE’S nothing quite like scouring charity shop racks and spotting an absolute steal.

But if you learn anything from this woman’s experience, it’s that you should always, we mean always, inspect the item properly before taking it home. 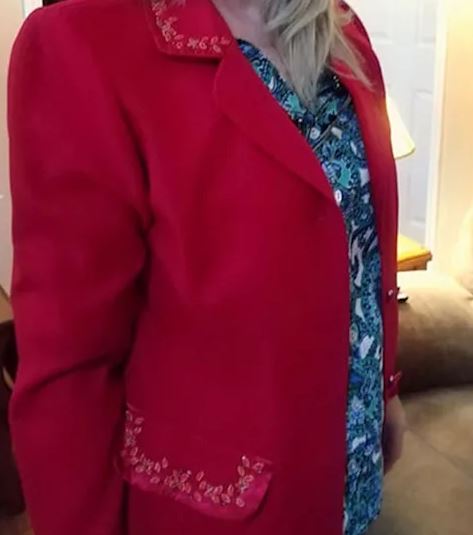 A thrifty shopper picked up this red blazer for a charity shopCredit: Facebook

The thrifty shopper scored a stylish red blazer from the second-hand store which looks to be in top condition.

But upon closer inspection she discovered a note pinned to the inside of the pocket which left her scratching her head.

The note was rather morbid and read: “Bury me in this suit.”

Naturally, she didn’t quite know what to make of it, so took to Facebook instead. 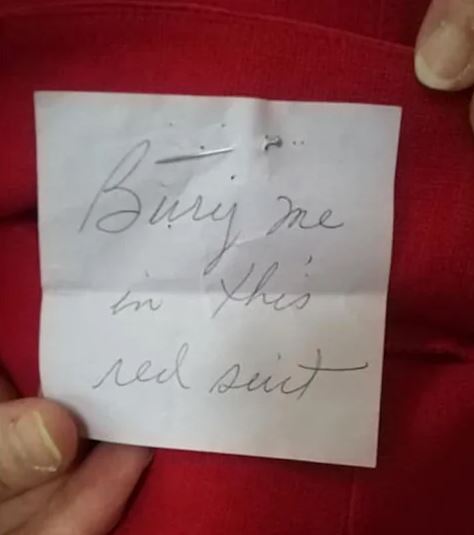 She later spotted this note pinned to the inside of the pocketCredit: Facebook

The most asked question being why the previous owner’s wishes weren’t met.

“So damn sad… Her family most likely never saw this though. Kinda hard to find,” one person said.

To which one person replied: “Most likely they never saw the note or it wouldn’t have still been with the jacket”.

“Oh, I hope she got buried in something wonderful,” someone else added.

Sunbeams – Britain’s biggest baby competition is back, with £1000 up for grabs!

BRITAIN’S biggest baby competition is back and we are looking for the King or Queen of the crèche.

The Sun is hunting for Britain’s bonniest baby.

Not only could your child be crowned the cutest baby, there’s also an £1,000 prize up for grabs.

Think your baby has a winning smile? Well, entering couldn’t be easier.

Simply upload a pic – and give us a little info – on our entry form.

Note: you must be a parent or legal guardian of the baby to enter.

We can only accept a photo if you’ve taken it yourself, or have permission to upload it and enter from the person who did.

And the photo must not have been edited or altered with a filter.

Finally, your baby must be aged two or under on 12 April, 2021 – the last day for submissions – and a UK resident.

Our panel of judges will choose 48 finalists from all the entries.

Parents/guardians of the babies selected will be notified by email before 18 April, when the public vote begins, right here on The Sun.

All good? Best of luck

Others, however, suggested another option many failed to consider.

“We don’t even know if the previous owner died. Maybe she went up or down in size and decided she needed to pick a new burial outfit,” they said.

One person took inspiration from the note and said: “I’m gonna start putting this in the pockets of all the clothes I donate.”

Meanwhile a woman previously told Fabulous that her entire wardrobe is second hand from charity shops.

Plus this couple share shocking note they received from their angry neighbour – but people think they have every right to be mad.